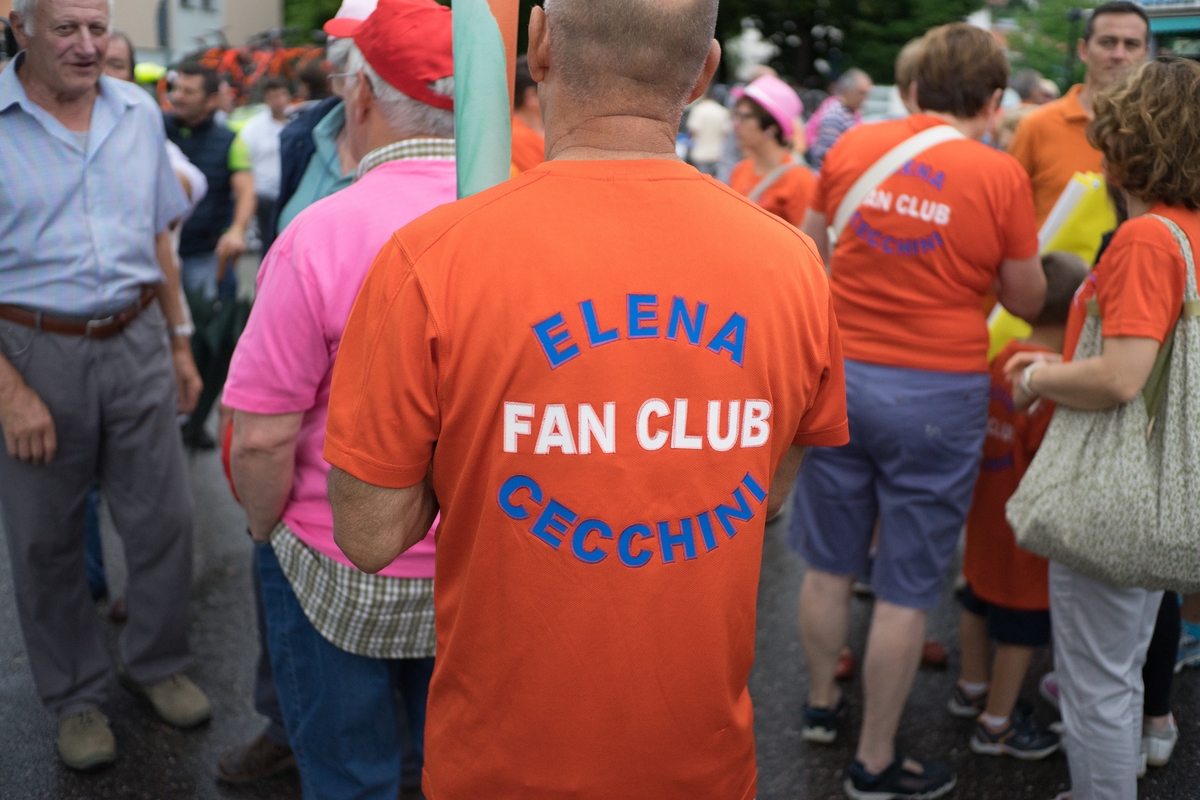 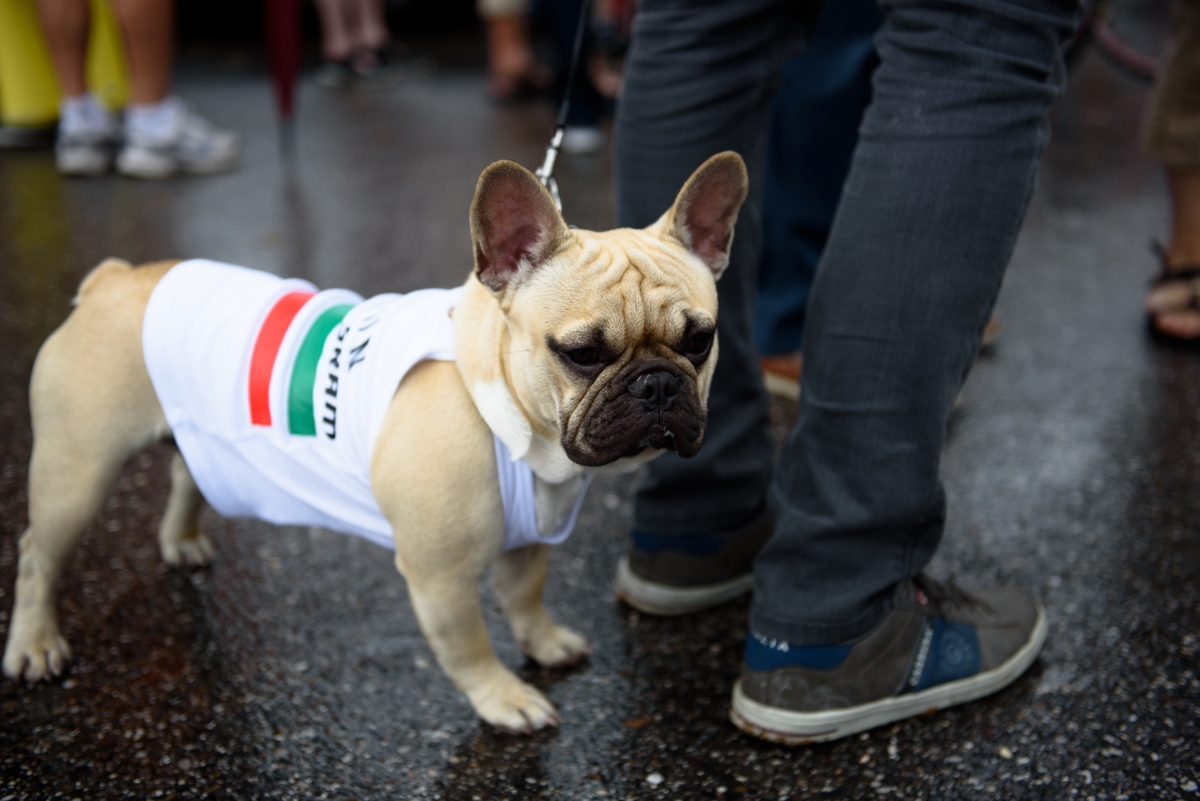 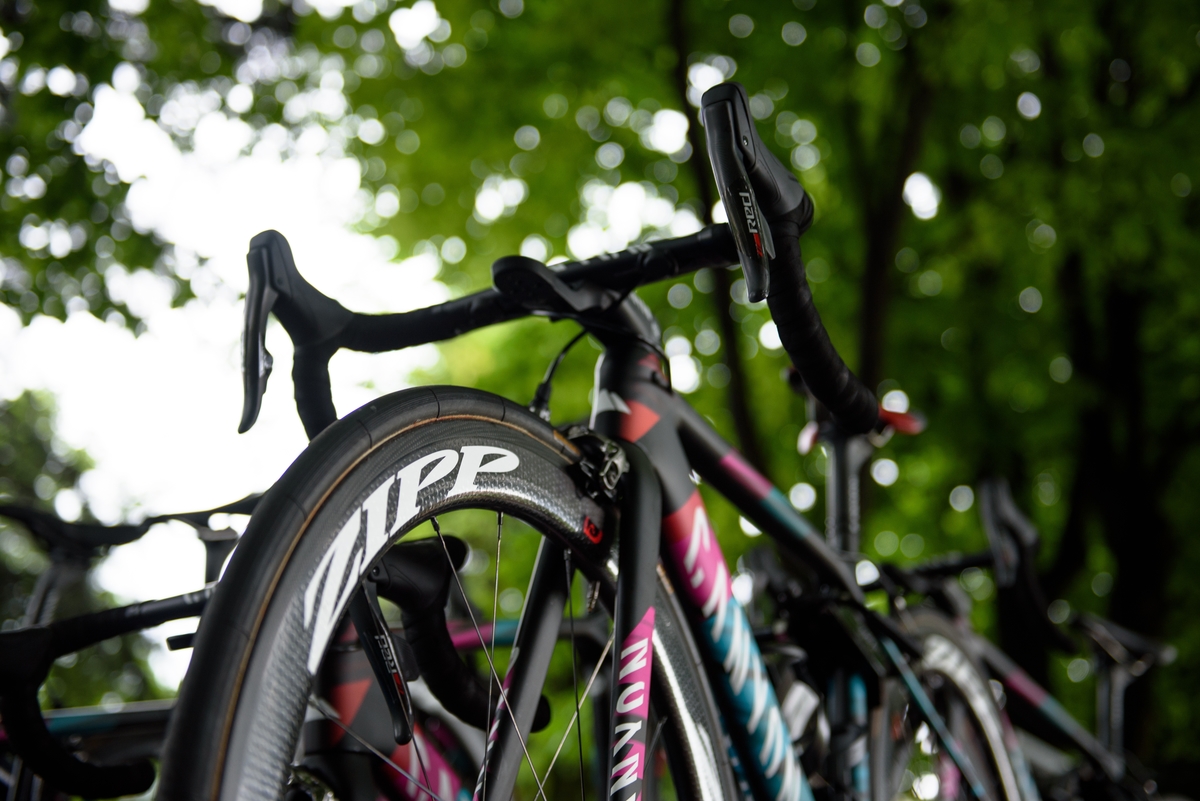 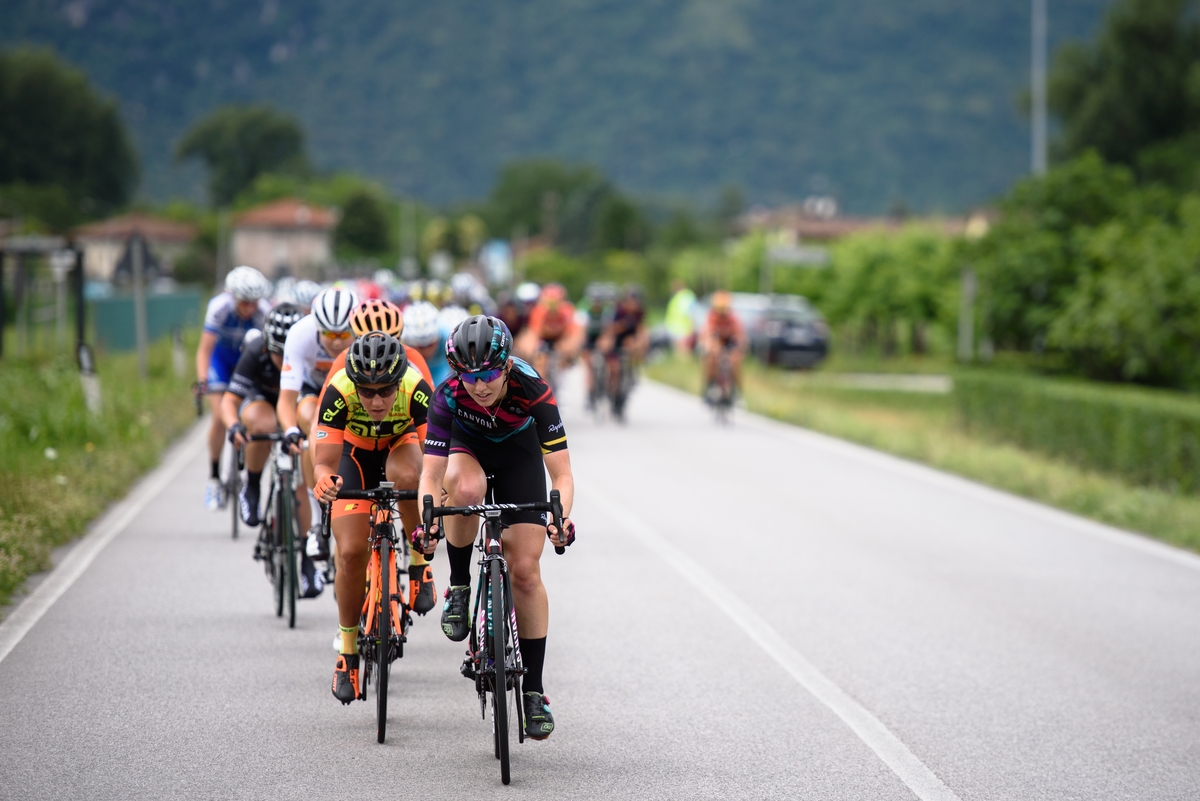 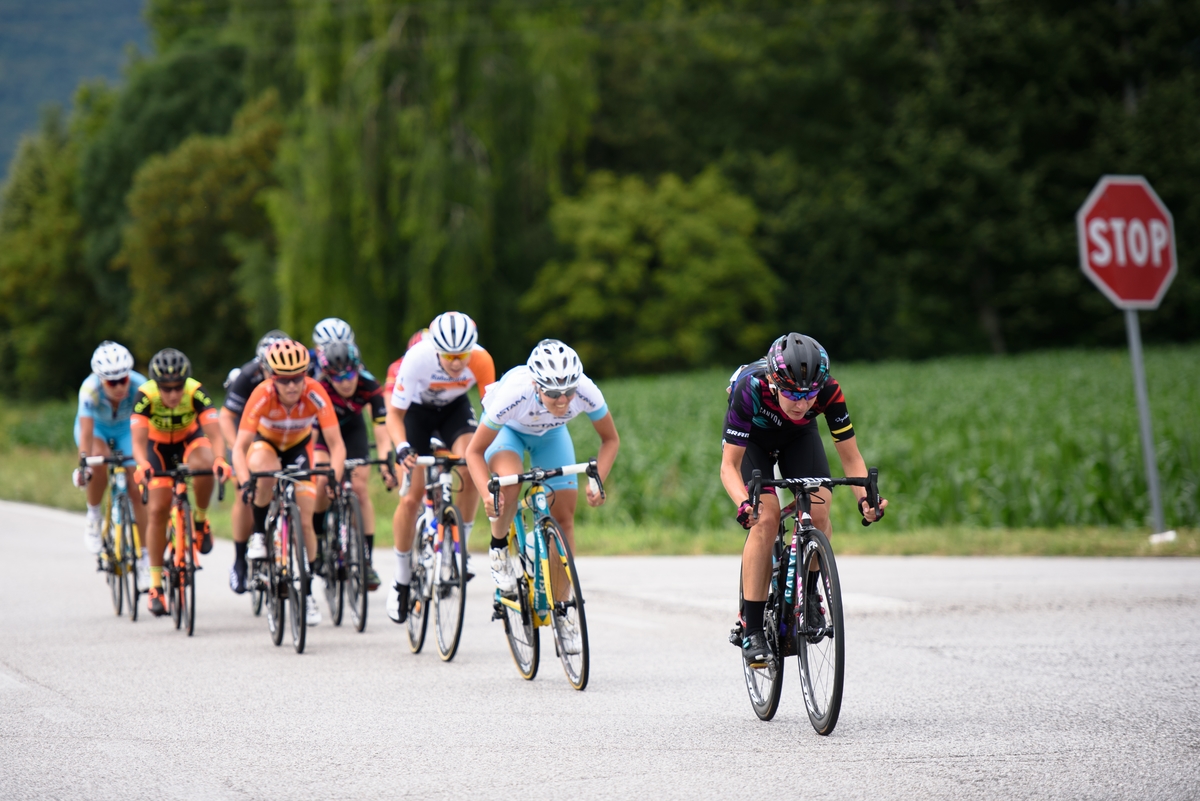 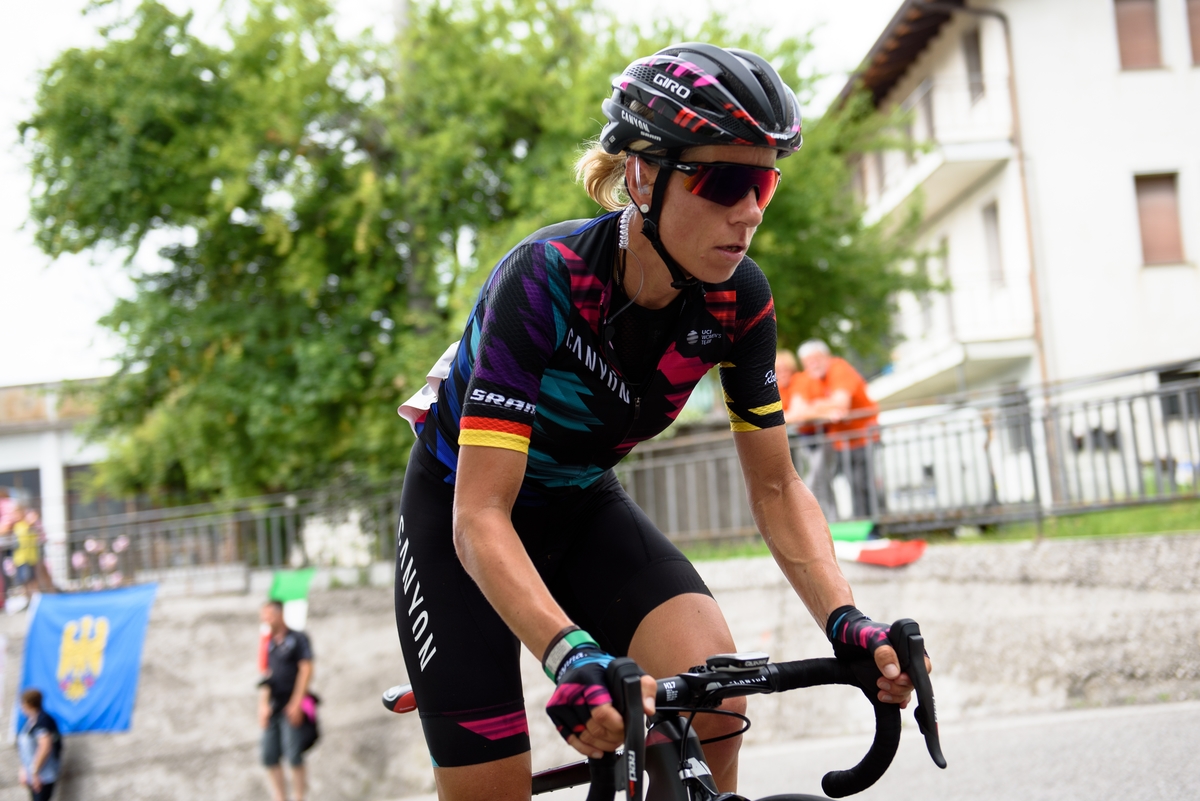 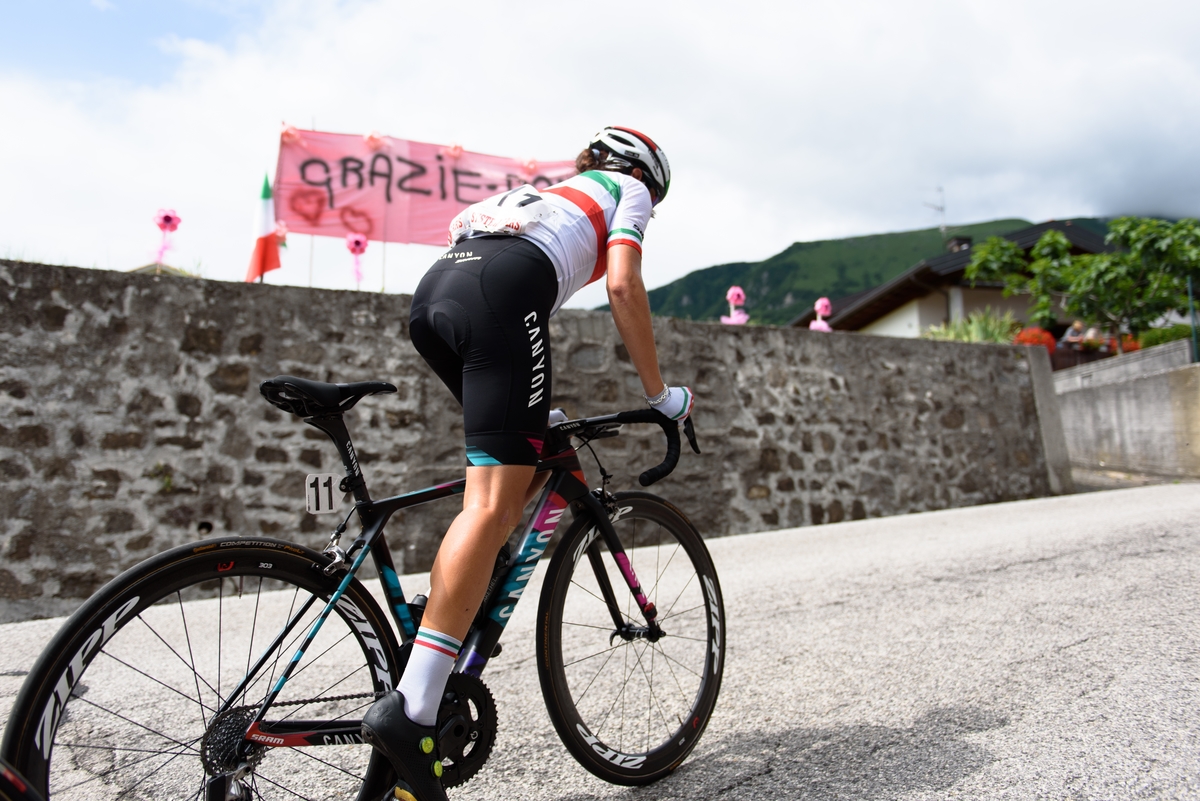 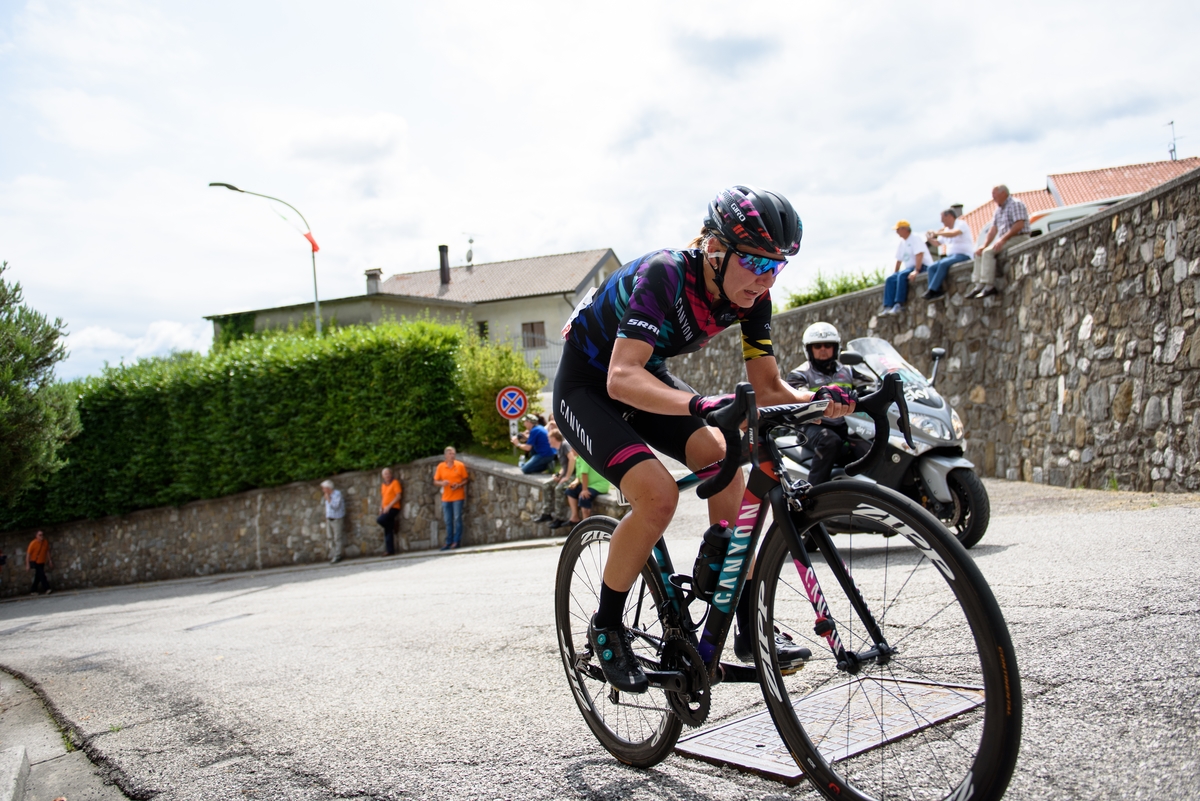 Stage two of the Giro Rosa was on the training roads of Italian road champion Elena Cecchini in the northern Italian province of Udine. The second stage was won by Evelyn Stevens (DLT) who now takes over the Maglia Rosa from her team mate Megan Guarnier. Second on the stage was Elisa Longo Borghini (WHT) with Katarzyna Niewiadoma (RLT) in third.

The stage two start was just 20km from San Marco, the hometown of Cecchini. “It was an amazing day. Quite a hard day in the office, but so happy and honoured to race through my training roads and have by my side my favourite people. It has been a memorable day for me!”

The 111km stage was always at a fast pace making it difficult for the many attacks to gain an advantage. Trixi Worrack tried around 30km before the finish but after gaining a 15 second lead the peloton chased her back. In the final 10km there were two climbs and it was here that the peloton would split into several groups. On the first ascent Cecchini, Tiffany Cromwell and Alena Amialiusik were able to stay in the front group but on the final climb to the finish line the trio were unable to stay with the leaders. In the end a group of four would fight for the stage win and the Maglia Rosa into town of Montenars.

After the stage Amialiusik said, “The stage was hard and fast but we tried our best. I am happy that Trixi (Worrack) is back because she is really helpful for the team. Today I felt better than on stage one. If I can continue in this way, then I think in another couple of days I will feel back to the form I was before I was sick last week at national championships. On the second last climb Elena tried go with Longo Borghini, Niewiadoma and Malgorzata Jasinska (ALE). But Boels Dolmans closed the gap, so then Tiff tried to attack at 4km to go, and after this the fireworks started. I could stay with the leaders until 1km to go and then it was too much for me. I tried my best today but I need some more days to be back with good legs.”

Young American rider Alexis Ryan, in her first Giro Rosa, is also finding her legs. “Personally I had better legs than yesterday, but I am still unable to hold the high pace on the long climbs. The competition is on great climbing form, so we knew our team’s best chance for a great result was to try to create a break before the final climb.”

“Considering how I felt on the climb yesterday, I knew I would be most helpful in an early to mid-race breakaway. We raced aggressively, but all of our promising moves were shut down by Boels Dolmans. With the Maglia Rosa in their possession, they were unwilling to allow riders from big teams, ours included, go up the road. The race came down to the final climb. I will be happy if I ride into better legs each day and contribute to a team win.”

Tomorrow’s stage three is 120km from Montagnana to Lendinara in the province of Rovigo.