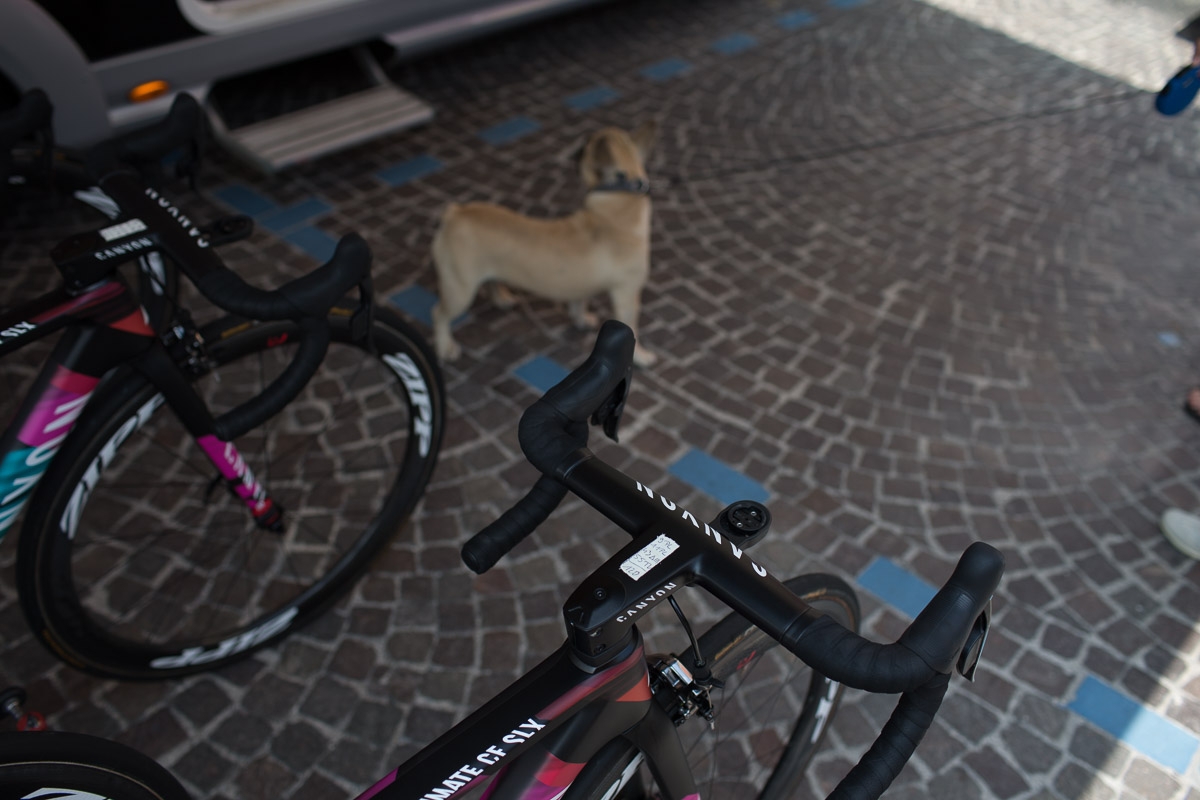 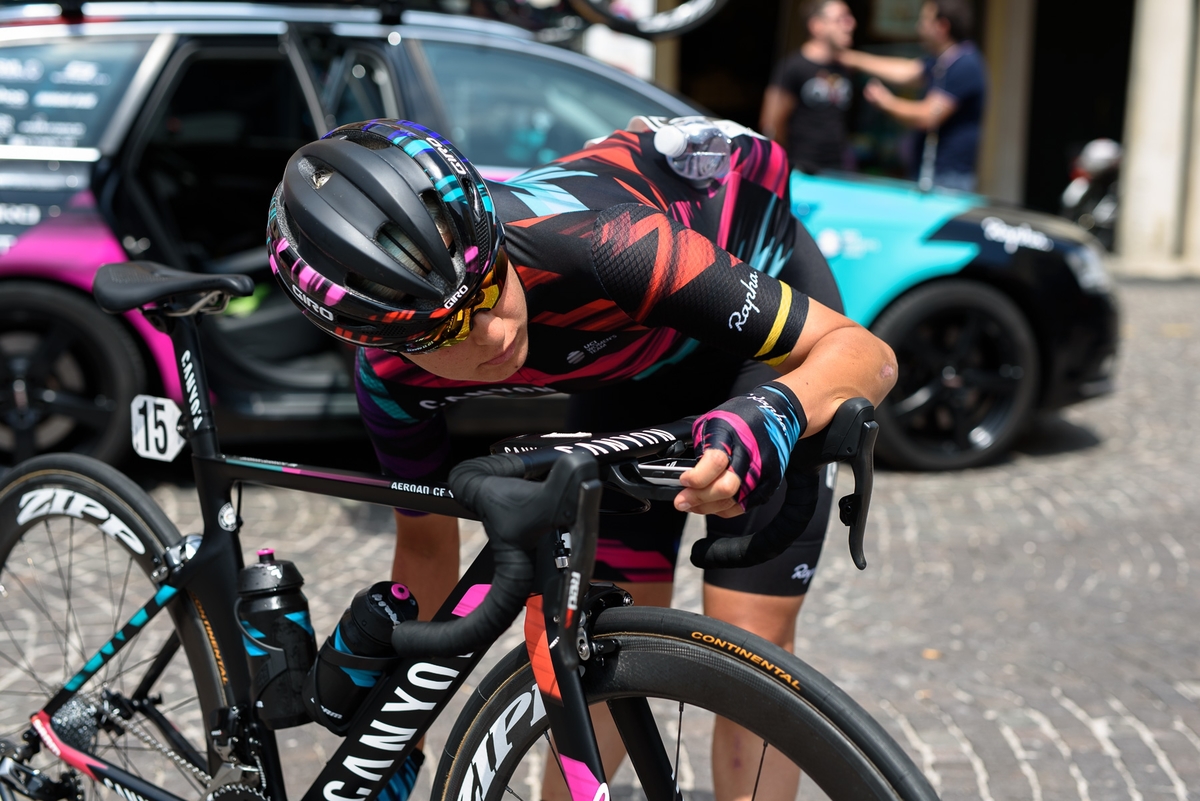 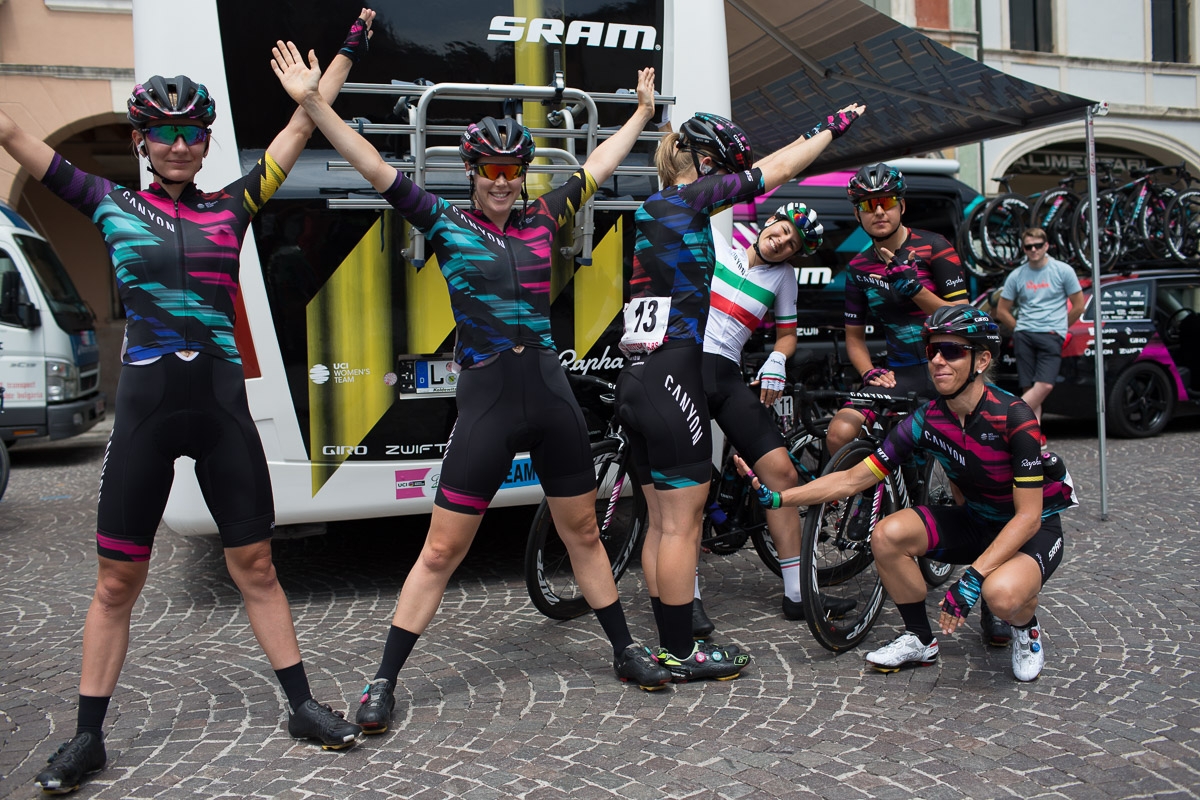 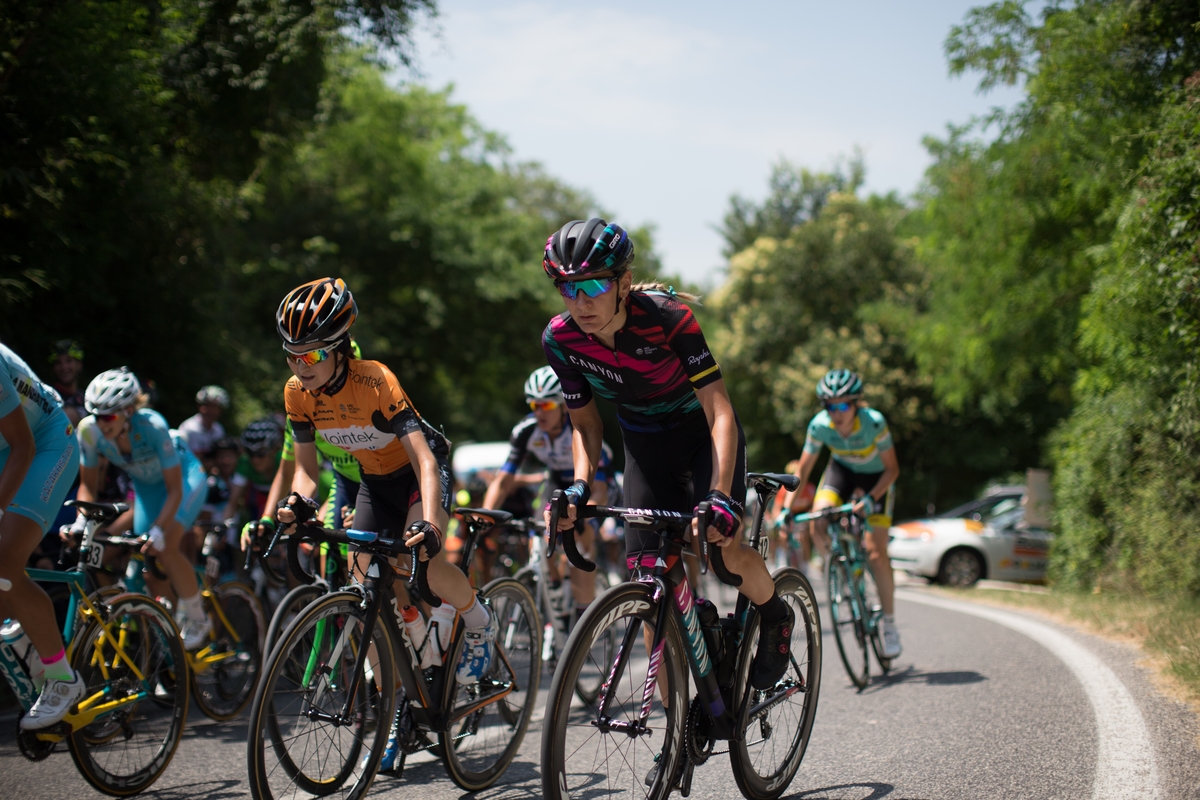 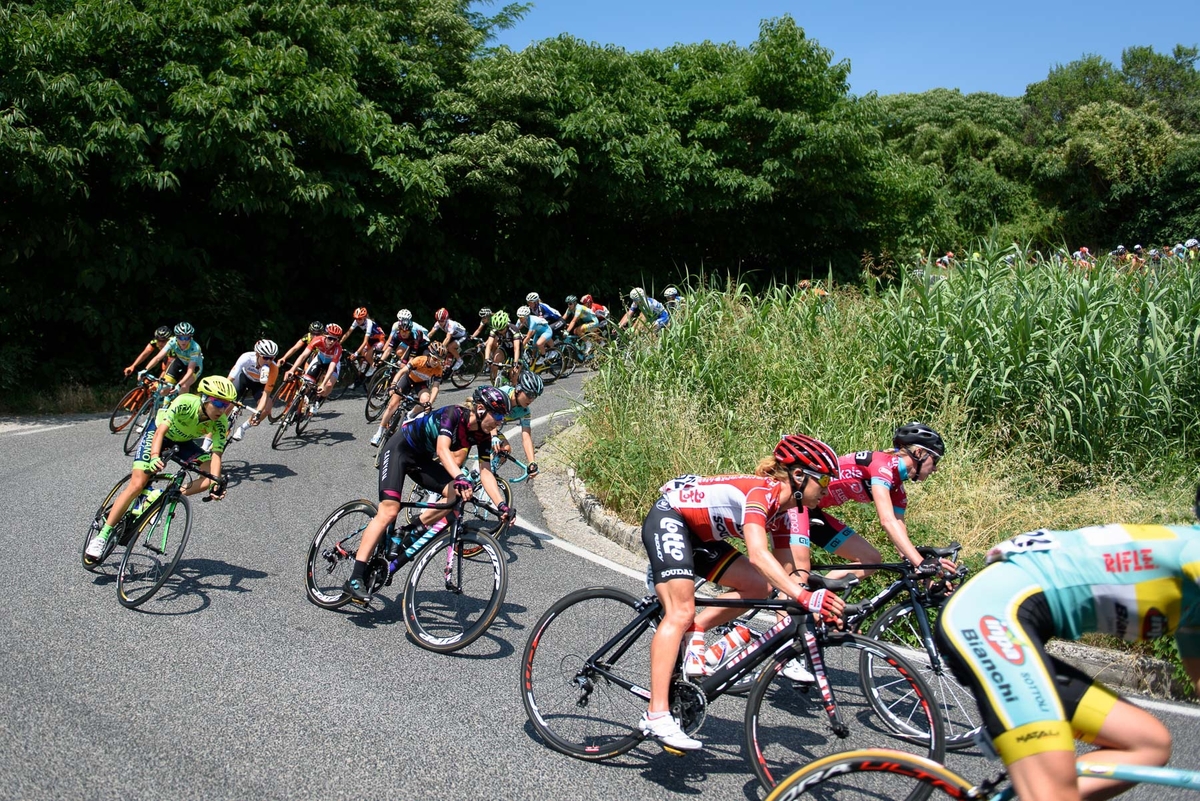 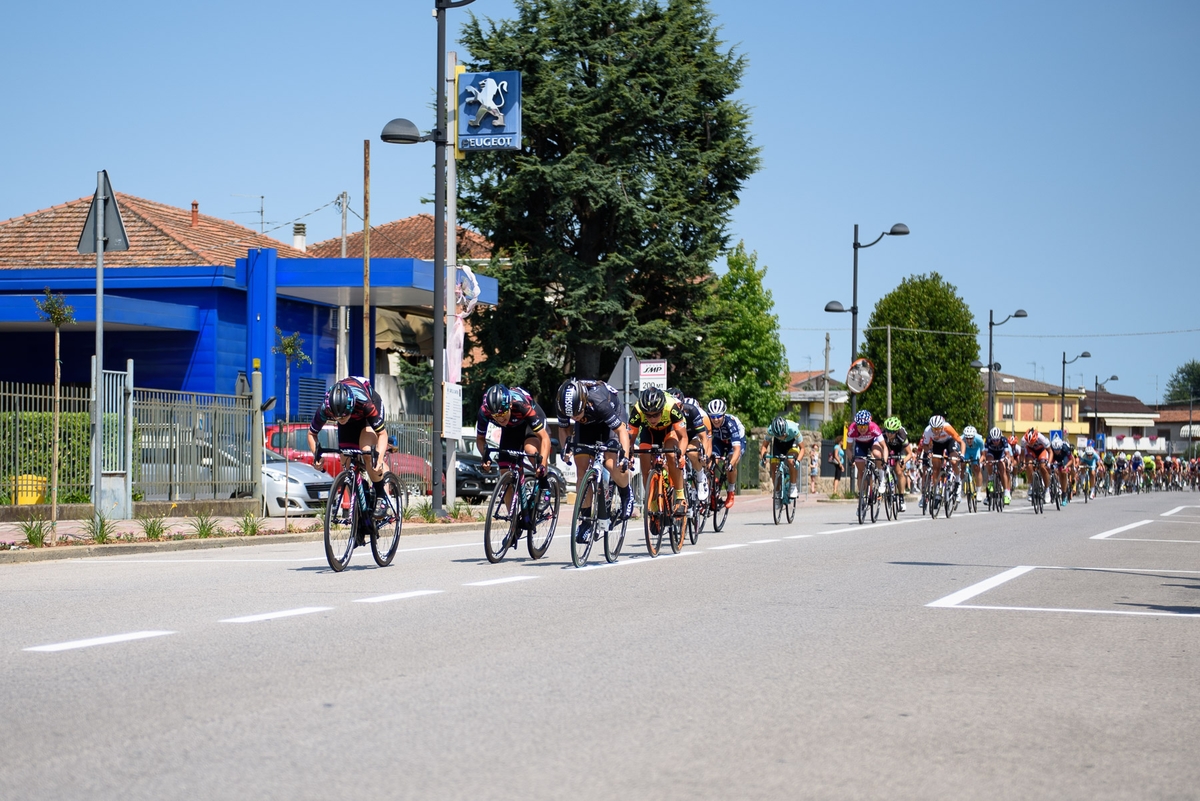 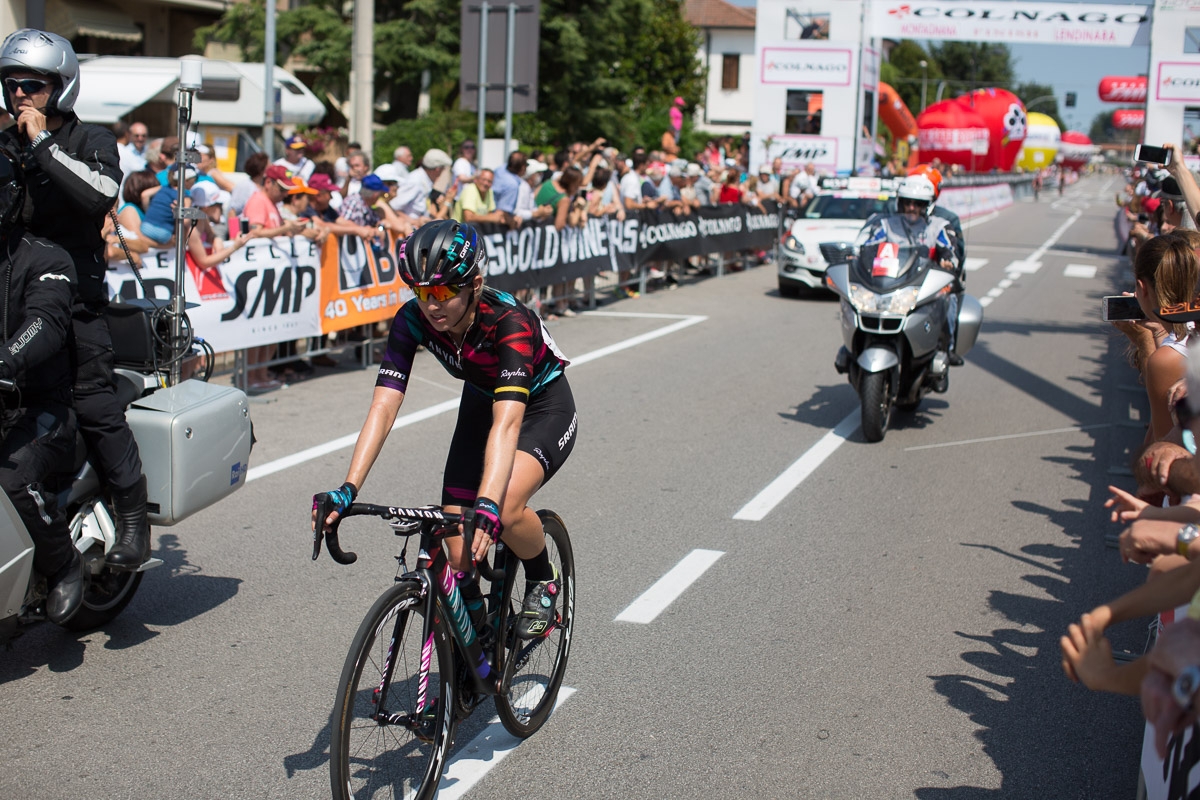 Barbara Guarischi has sprinted to fifth place on today’s third stage at the Giro Rosa. The stage was won by Chloe Hosking (WHT) from Marta Tagliaferro (ALE) and Giorgia Bronzini (WHT).

Despite several attacks in the early part of the stage, finally the sprinters seized one of their best opportunities in the 2016 Giro Rosa for a bunch sprint finish. CANYON//SRAM Racing took control of the peloton in the final four kilometres and committed the most serious lead out for their sprinter.

Following the stage a disappointed Guarischi said the team had raced well during the day. “There were some attacks but we were always part of it when we needed to be. At one point Boels Dolmans tried to make an echelon but there wasn’t strong enough wind to make a selection. I got caught up behind a crash on the descent after the QOM and although later I changed my bike because of a damaged shifter, it didn’t have a big impact on my race.”

“In the final kilometres the girls did an amazing job, and in the last metres I made a mistake and waited too long. Usually I am the opposite and go too early, and this time I was too late. I lost my speed and the others passed me double the speed. In the end I jumped out to sprint but I was too late.”

Director Sportif Ronny Lauke said the team had performed well. “They did a very good lead-out. Trixi Worrack’s leadership in the race, and especially in the lead-out really does make a difference and I say again that she is a welcome return to the team. Unfortunately in the final we couldn’t get the stage win we are searching for. The team is in good spirits and tomorrow we move to the training home of our Belarusian rider Alena Amialiusik. Let’s see what can happen on stage four.”

Tomorrow’s 98km stage is around Lake Iseo in the province of Bergamo. The stage is a hometown race for Amialiusik who lives in the area during the racing season, and her excitement cannot be contained. “I’m really looking forward to showing off my beautiful training roads and my Lake Iseo, I’m so happy to be here during the Giro Rosa.” Racing starts at 12:15 (CEST) from Costa Volpino and is due to finish at 14:45 (CEST) in the small town of Lovere. Follow the racing on the team’s Twitter @WMNcycling with #GiroRosa and #UCIWWT.