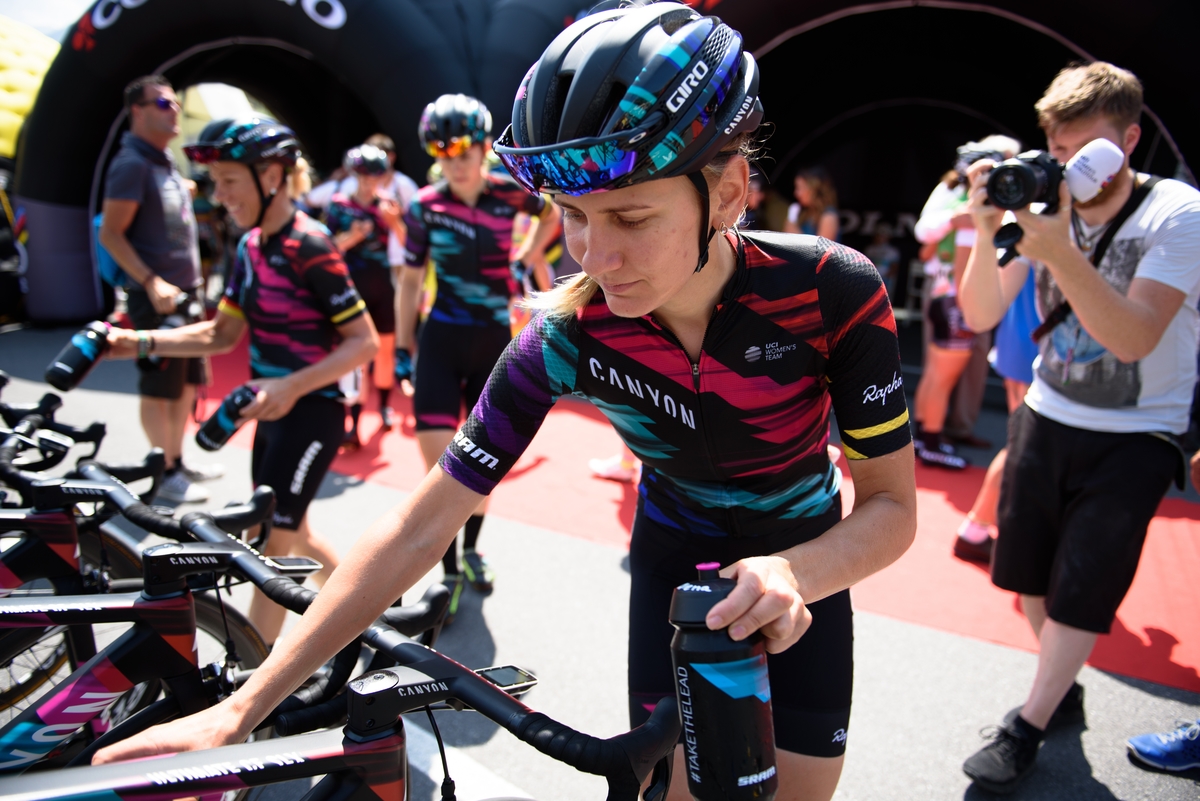 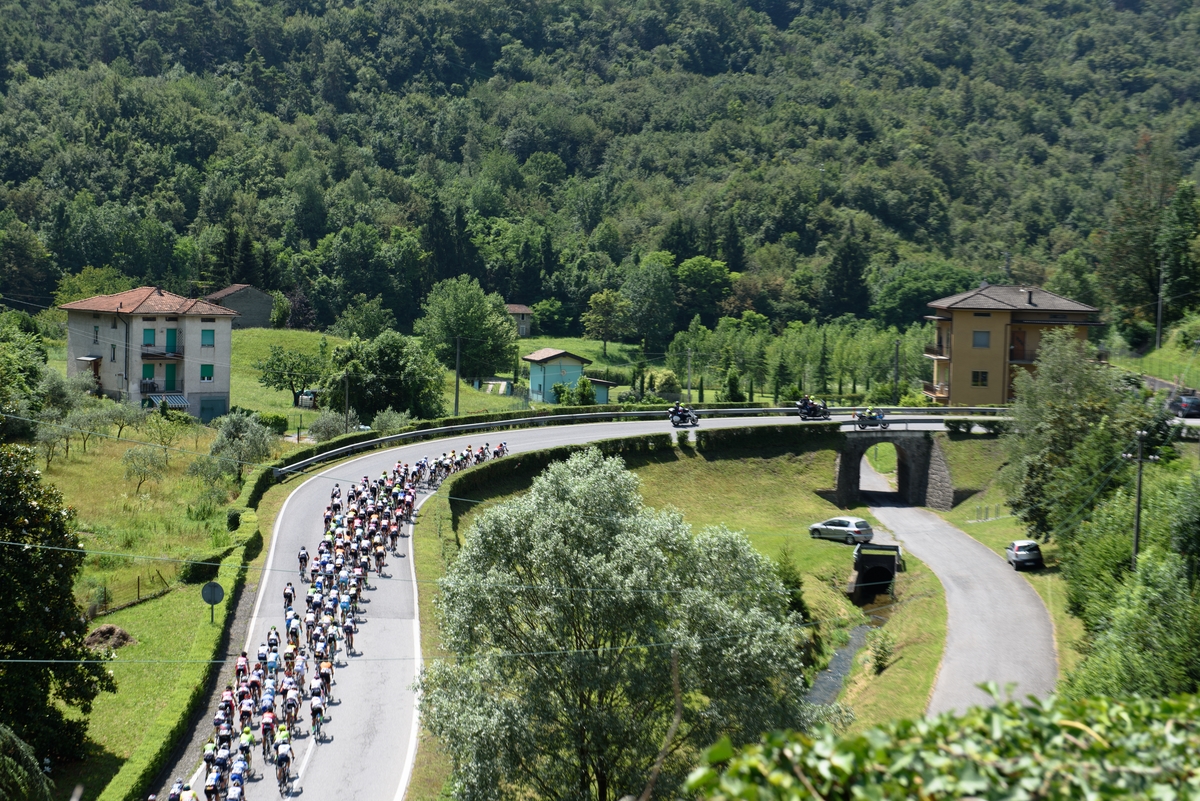 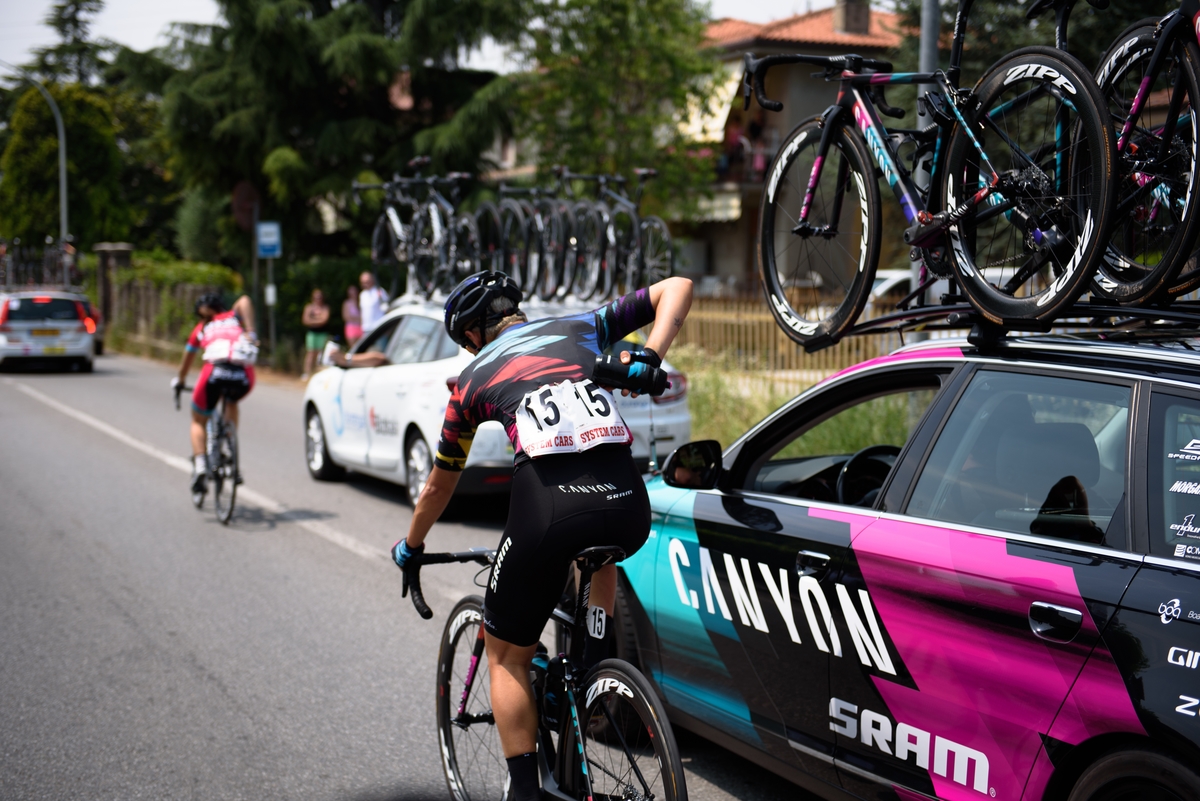 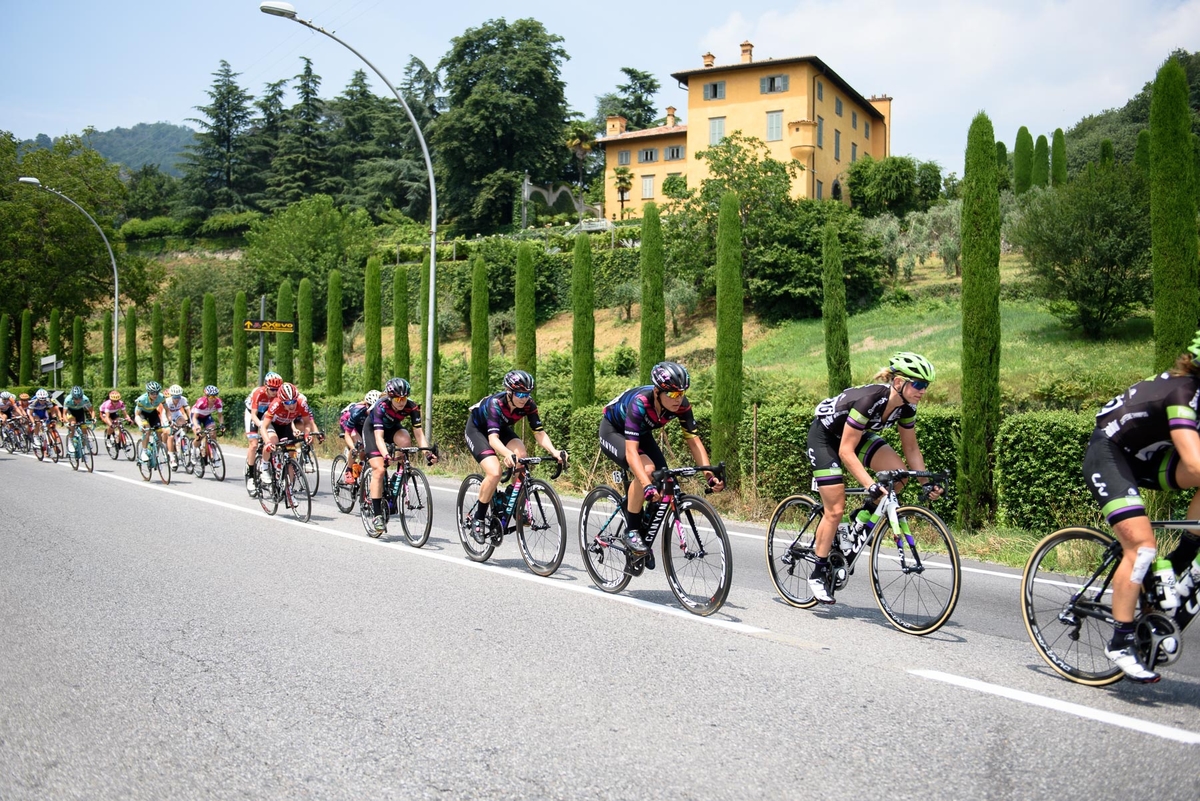 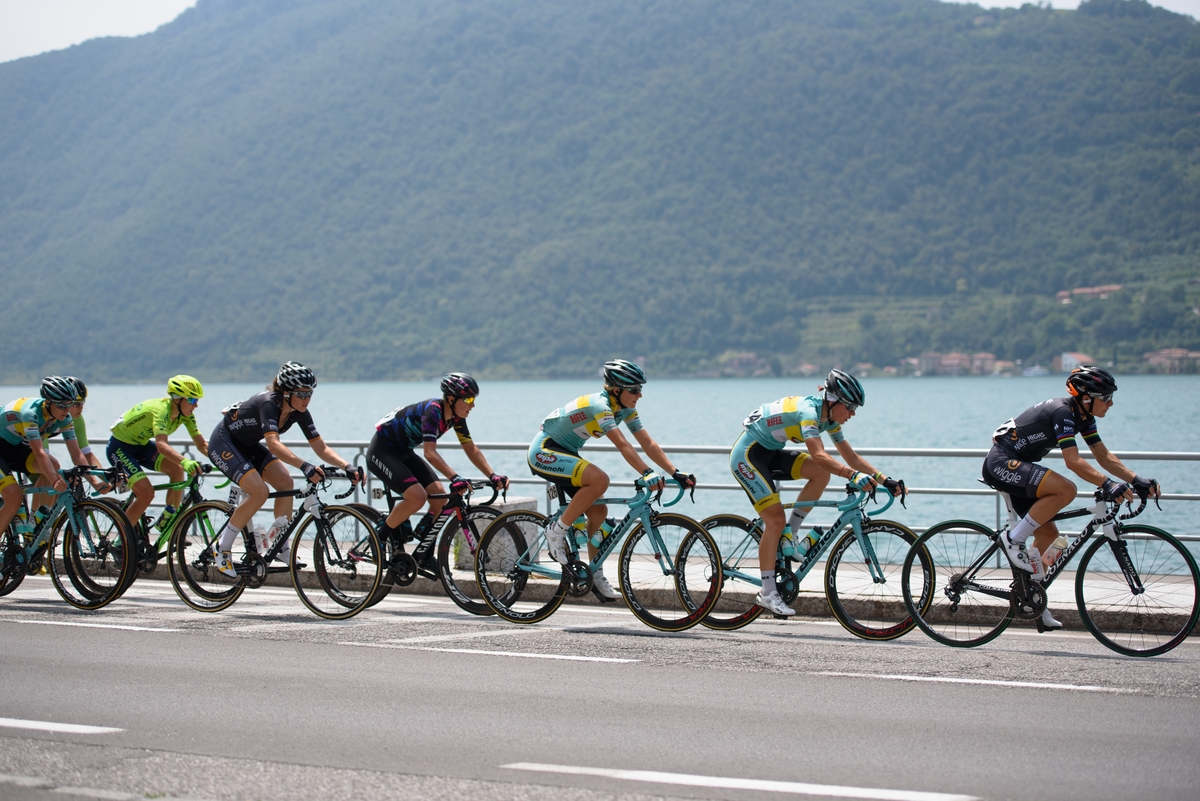 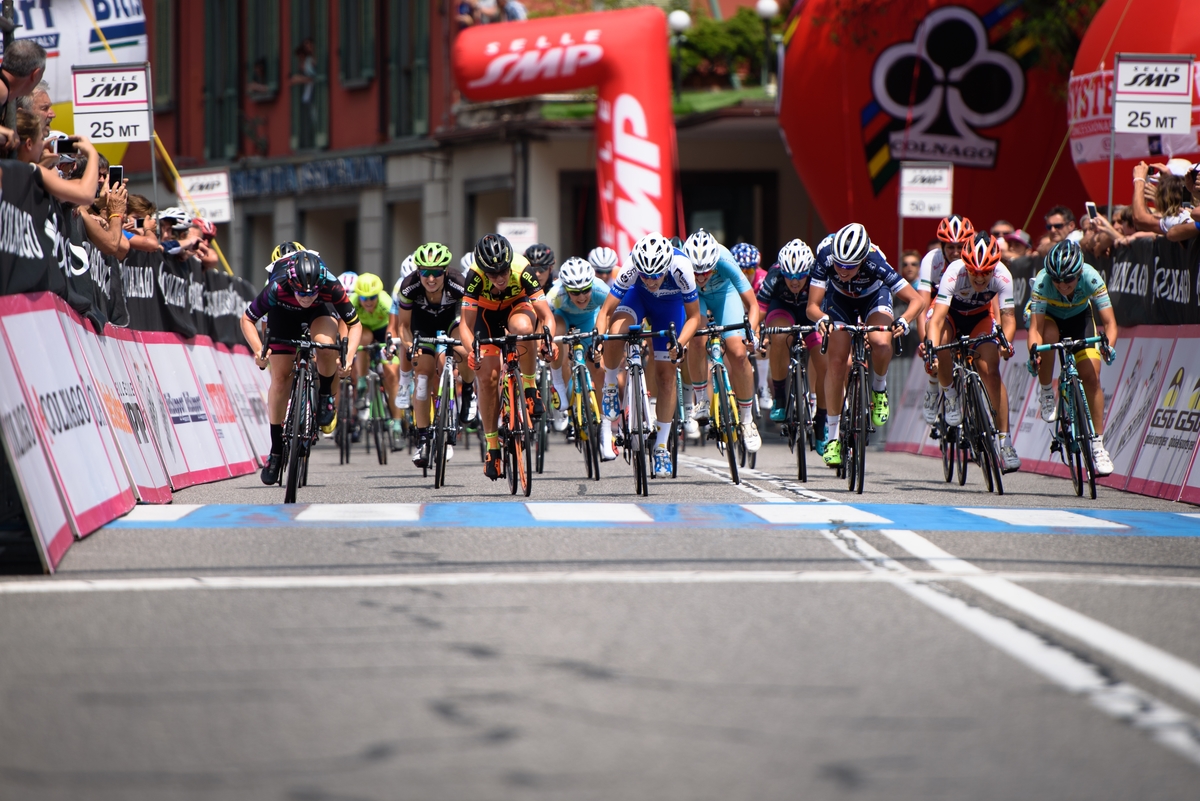 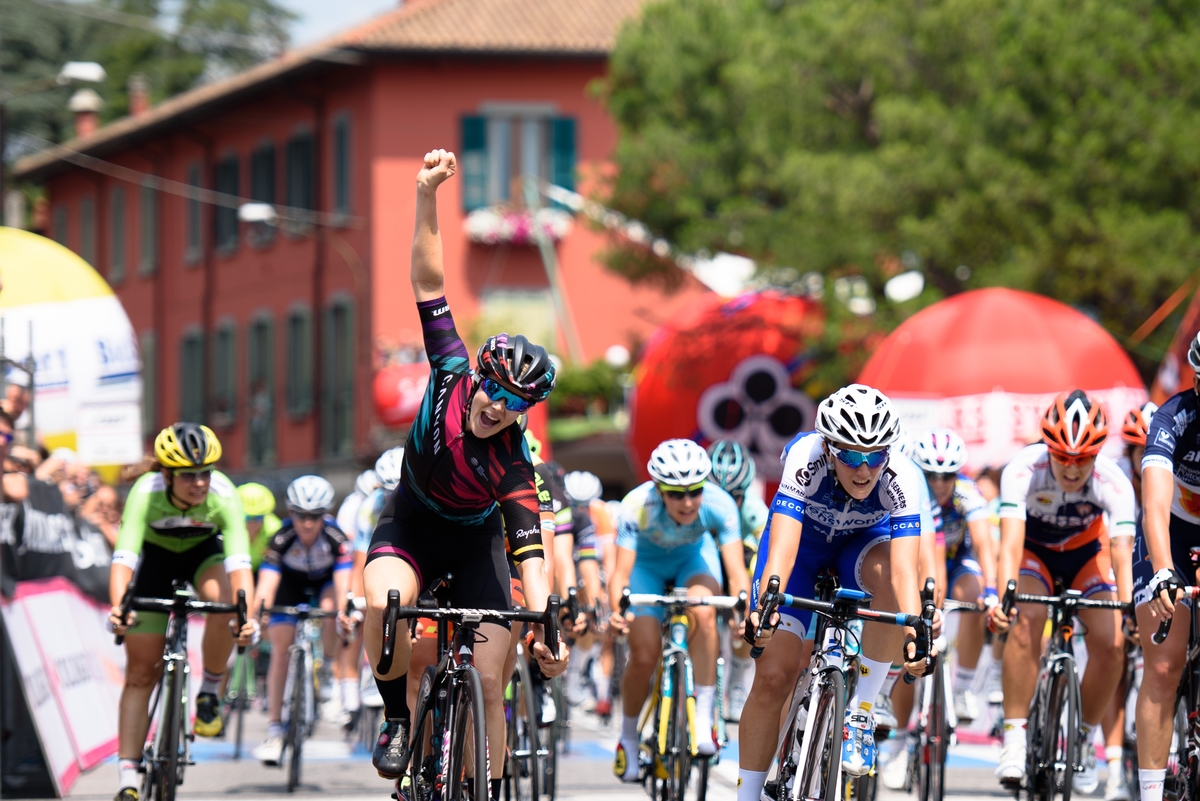 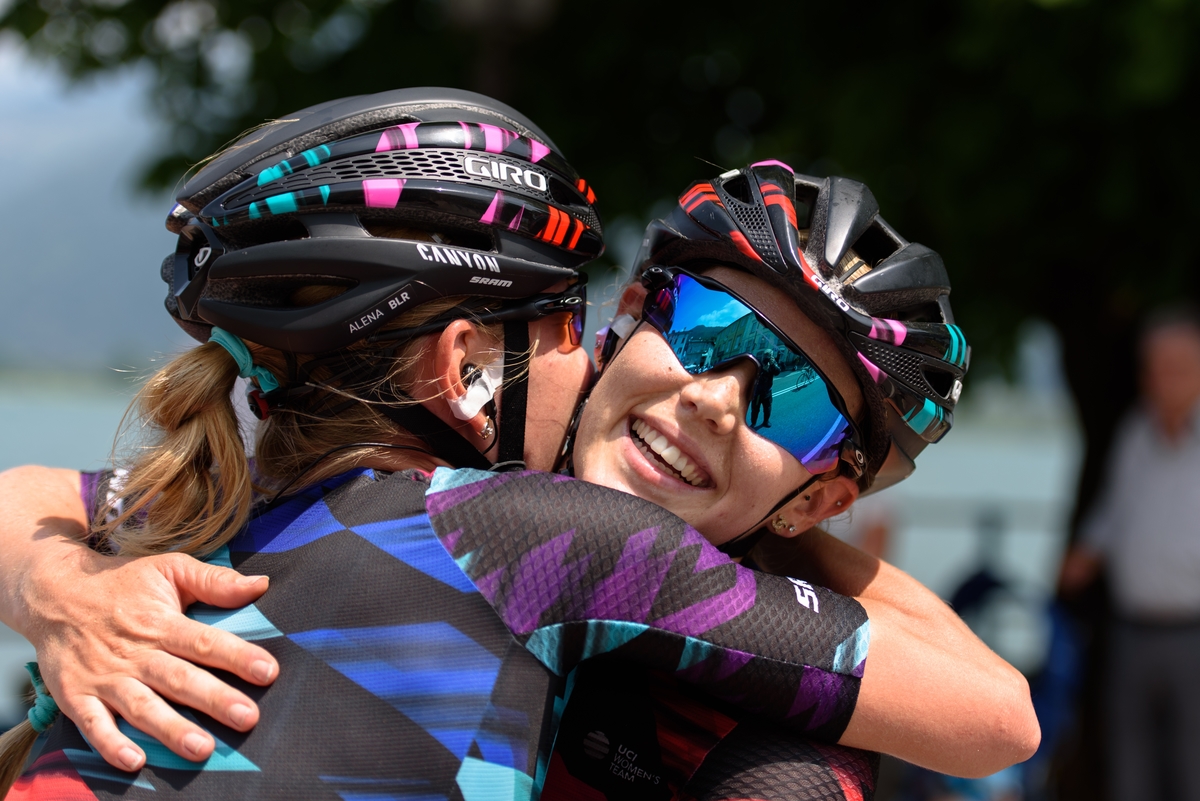 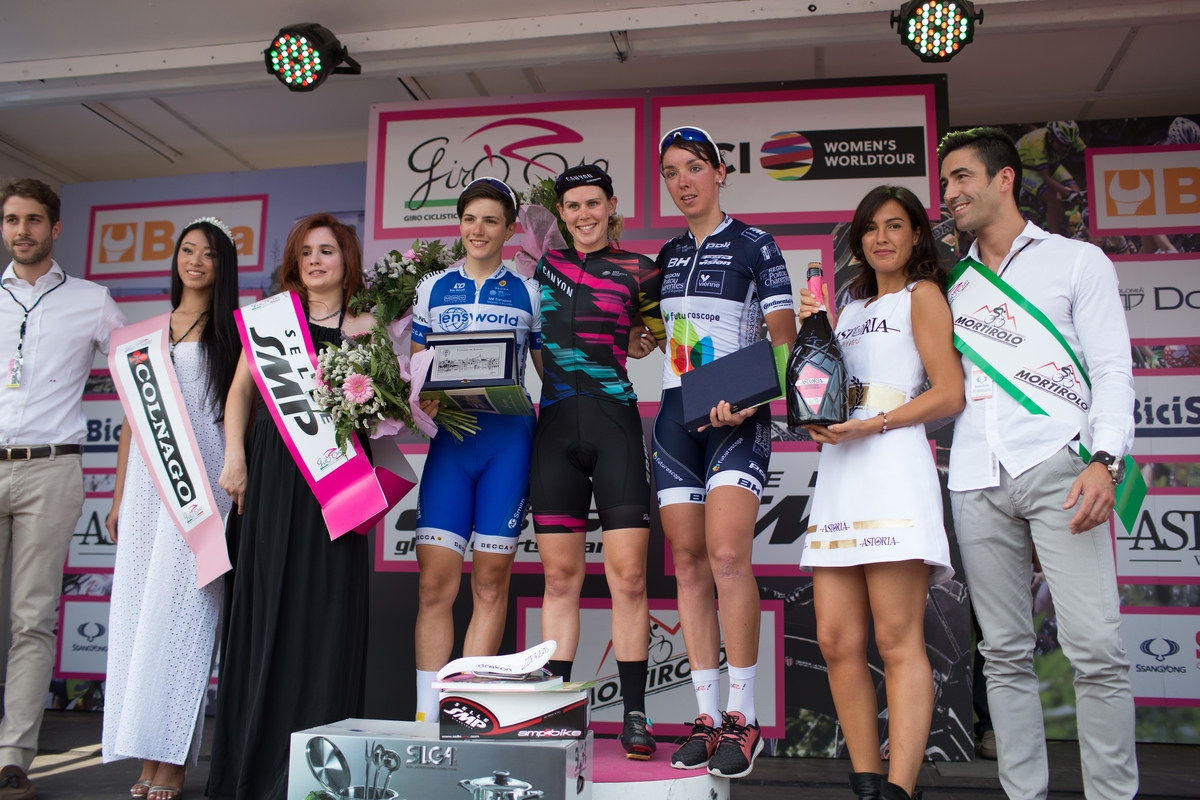 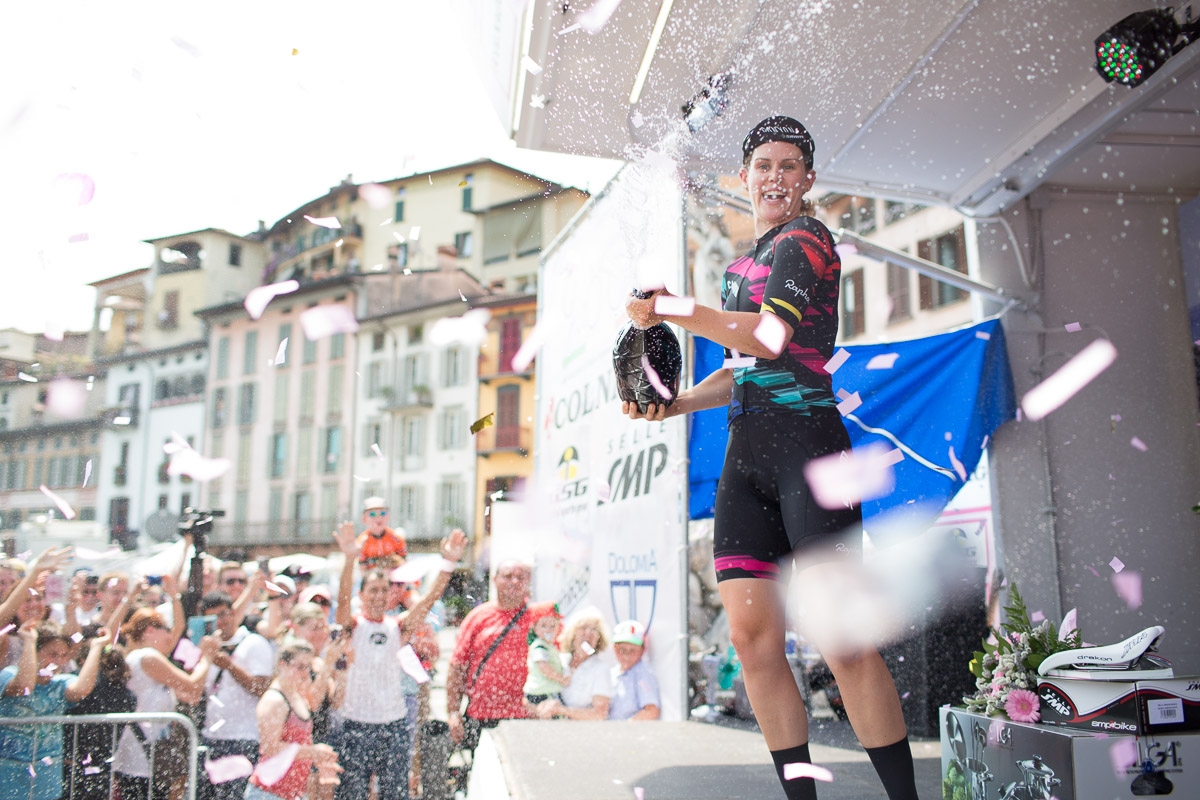 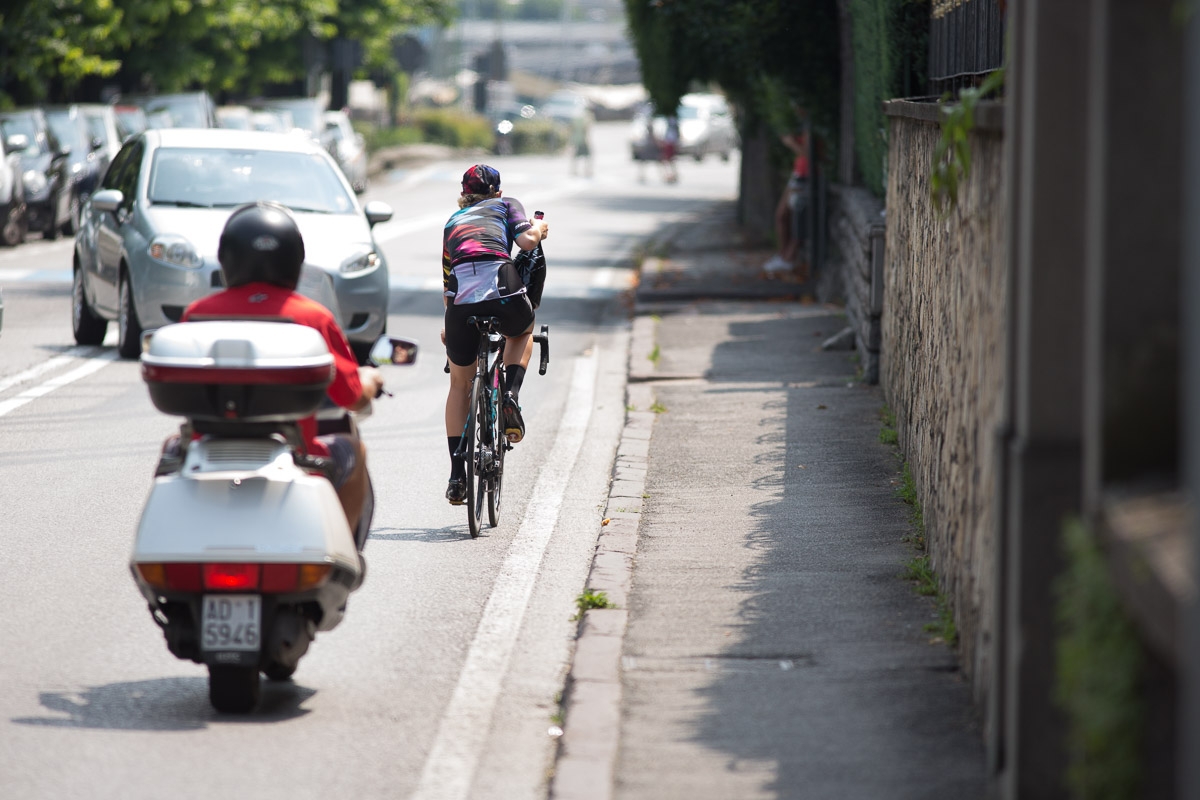 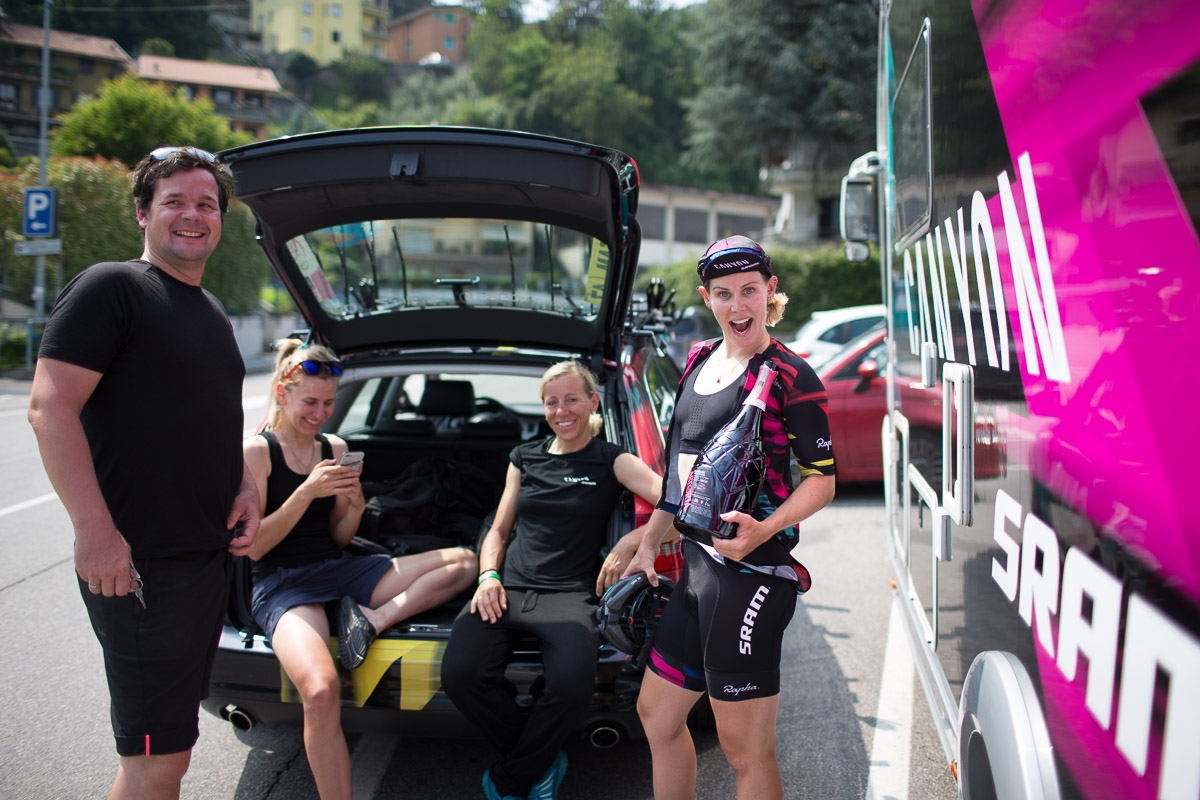 Tiffany Cromwell has sprinted to victory today on stage four of the Giro Rosa in Lovere. The CANYON//SRAM Racing rider took the win after an incredible lead out from her team mates, taking also the first UCI Women’s WorldTour win for the team. Second on the stage was Maria Confalonieri (LWZ) ahead of Aude Biannic (FUT) in third.

The fourth stage around scenic Lake Iseo was fast and furious, taking a little over two hours for the 98km. Despite several attacks and a handful of small moves, the high pace meant nothing could gain more than a few seconds advantage.

On yesterday’s stage three the team worked for Italian sprinter Barbara Guarischi who finished fifth, but made a decision to change the plans ahead of today’s stage. Cromwell said “We changed it around a little and Ronny (Lauke) gave me the opportunity to sprint. That wasn’t saying we were 100% going for a sprint and closing everything down. If a good breakaway went then we would also support that.”

In the end a bunch sprint would happen and Cromwell describes the hectic last five kilometres:

“It was really fast and a lot of fighting. I had the whole team with me and everyone pitched in to the lead out. We just tried to control it and keep the pace really high. We started quite early but our team could maintain the speed and it was less stressful for me than having to fight everyone to stay on the wheels of my team. The girls were still leading until under 1km to go and I still had Trixi (Worrack) with me.”

“We started to get swamped slightly and got pushed back a little bit but I saw some room on the right and then saw Chloe (Hosking) starting her sprint so I thought we must’ve been closer to the line. As I started my sprint I looked up and saw 200m to go and though uh oh!! I’ve gone too early….!”

“But I had a lot of speed and I couldn’t see anyone coming around me. Only in the last 50m I could feel people near me, but I threw at the line and when I crossed it I knew I had won. It felt so awesome! After the girls did such an amazing job I was really happy I could pay them back with this victory.”

Although not known as a sprinter,  Cromwell has developed her sprint over recent years. “I don’t really consider myself a sprinter but more a jack of all trades. I can fight in bunch sprints to hold my ground. I know I have a bit of a kick too at times but it’s more I knew my form was good coming into the Giro Rosa. I showed yesterday with my role in the lead out for Barbara that I’m strong and it was just nice to have the opportunity today from the team. It just gives me more confidence now.”

The win today, the first for the team in the inaugural UCI Women’s WorldTour, is the second Giro Rosa stage victory for Cromwell after she won her first back in 2012 in a long solo break. “It’s really special to add a second Giro Rosa stage win to my palmares. It’s a special race and this win is so different to my win in 2012. It’s certainly put a smile on my face and as I said before to have the team believe in me and give me full support to help make it happen means a lot. For me personally it’s been a really long time since my last victory so to get it at the Giro Rosa makes it even sweeter and a nice early present before my birthday tomorrow.”

The Italian stage race now moves to the big mountains. Stage five tomorrow, the shortest of the tour is just 77km from Grosio to Tirano, but sees the peloton take on one of the most famous climbs in Italian cycling history, the Mortirolo. The relentless climb averages over 10% gradient and up to 18% pinches for it’s 12km length.