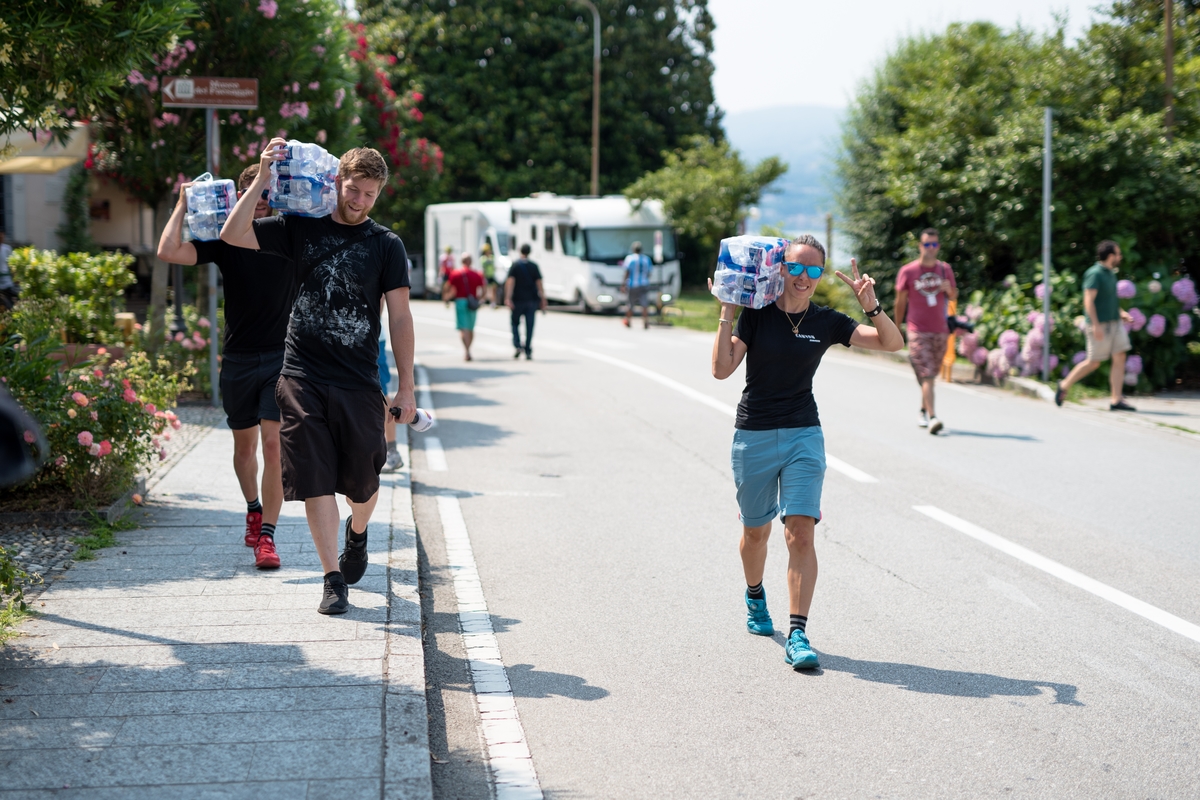 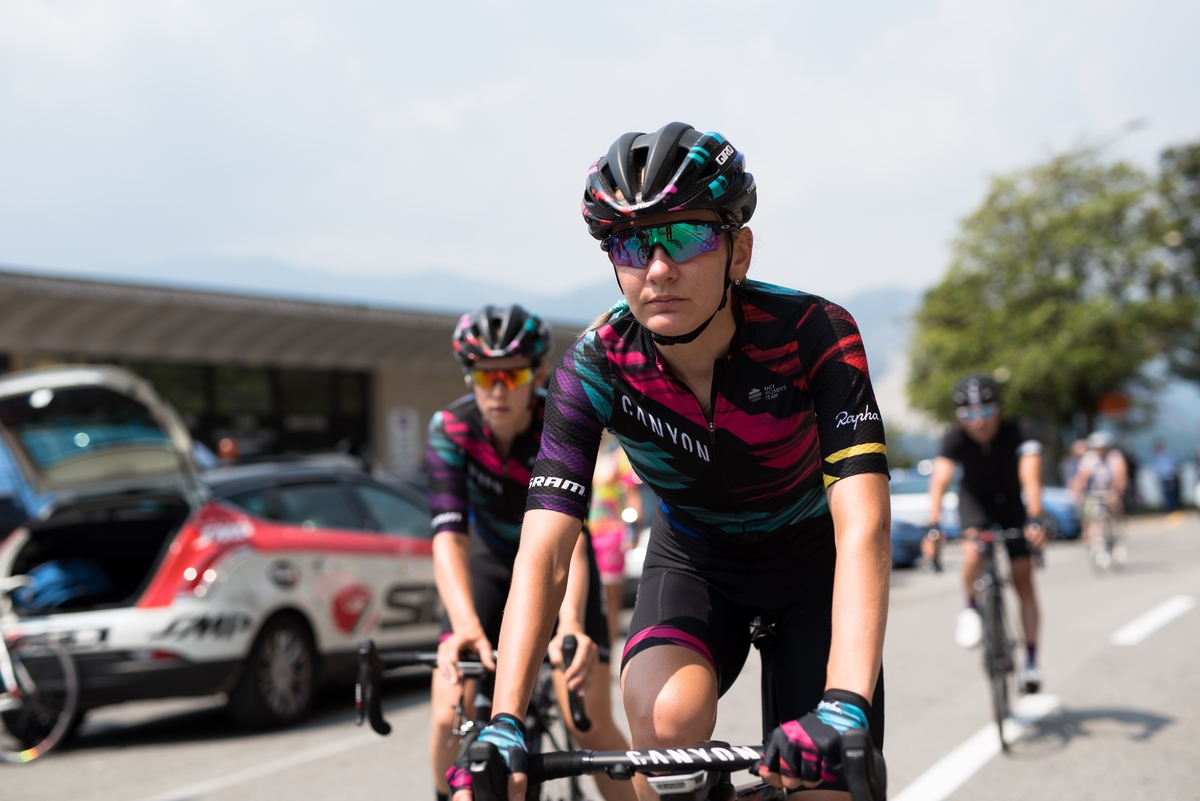 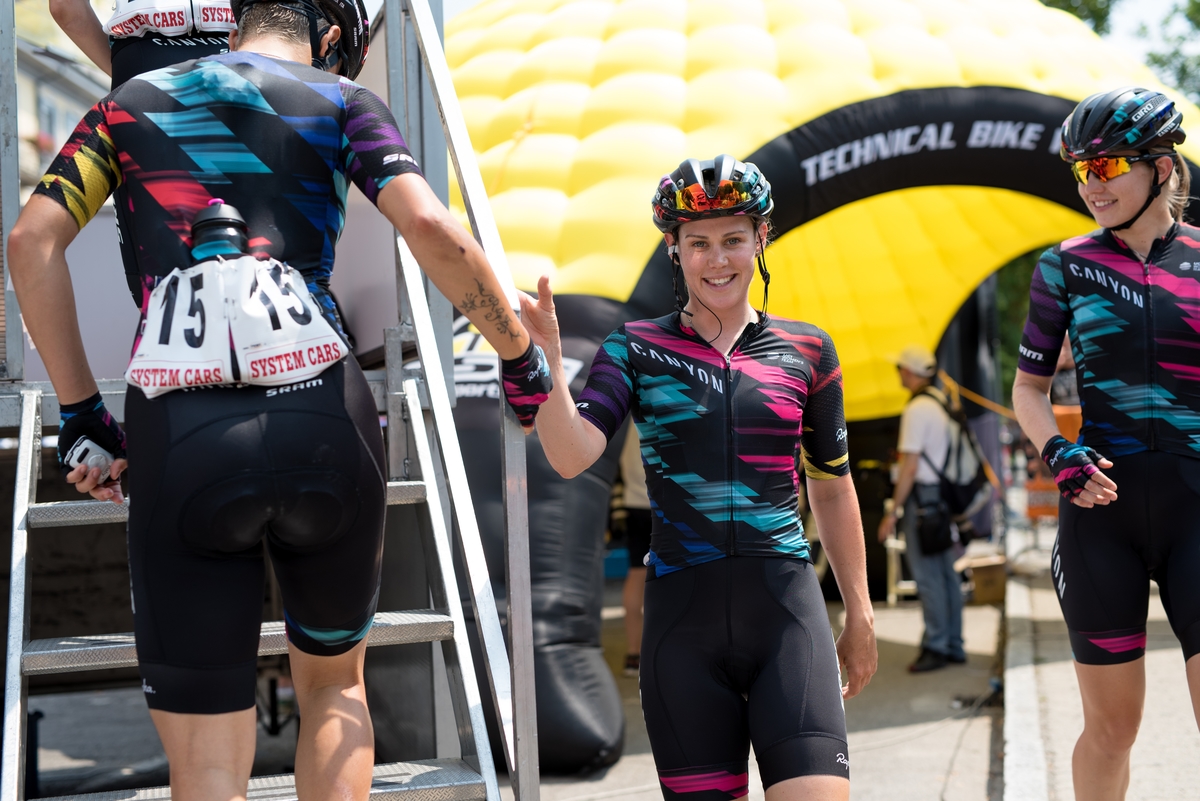 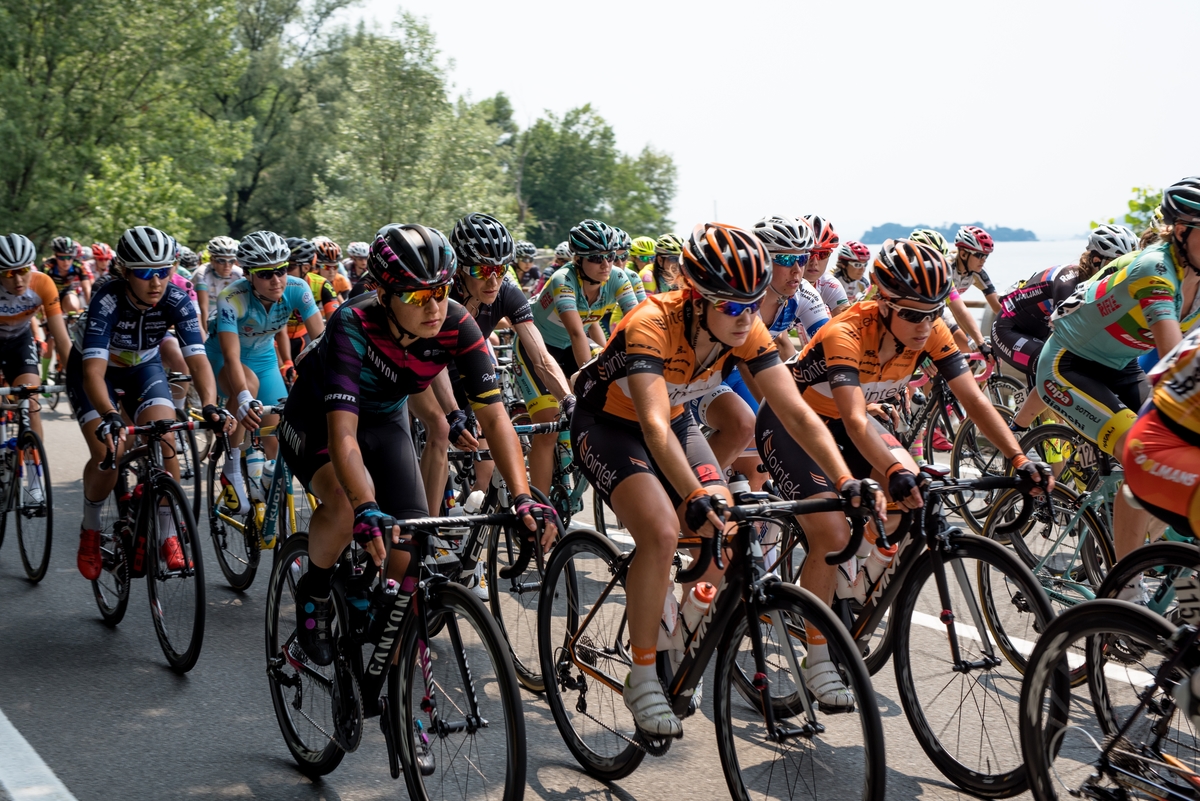 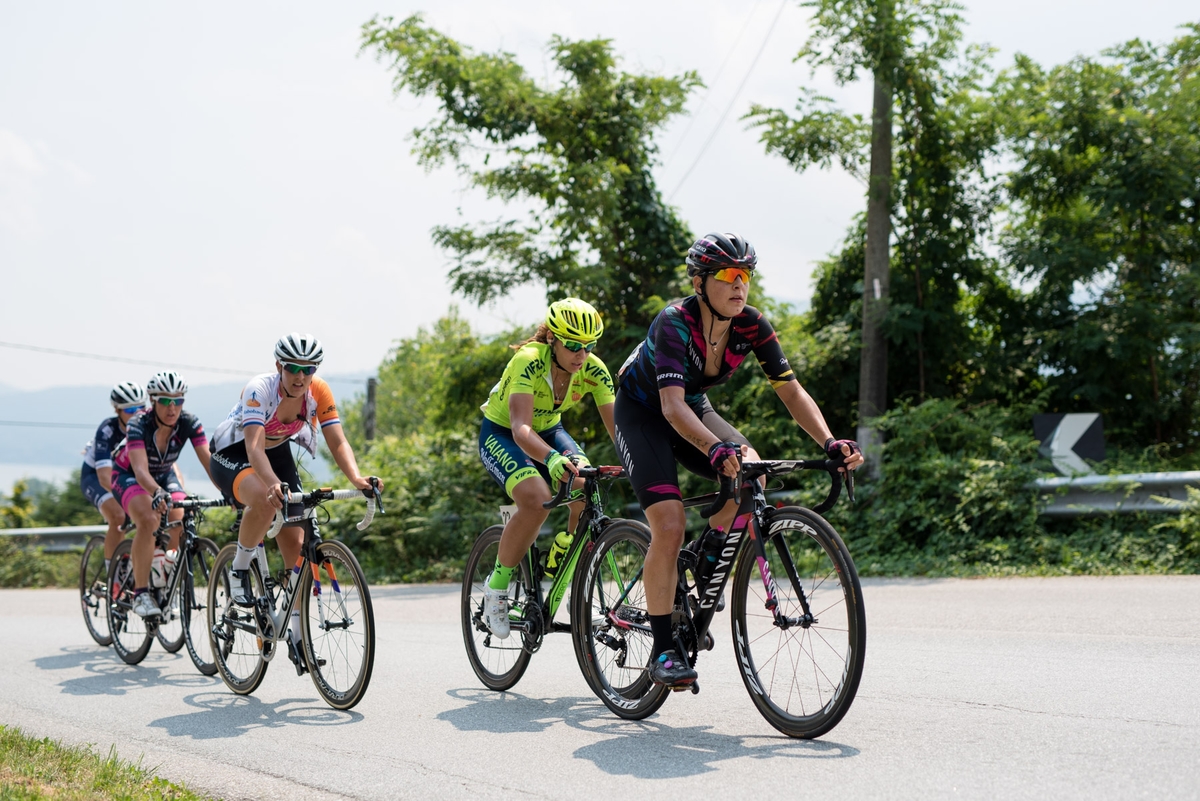 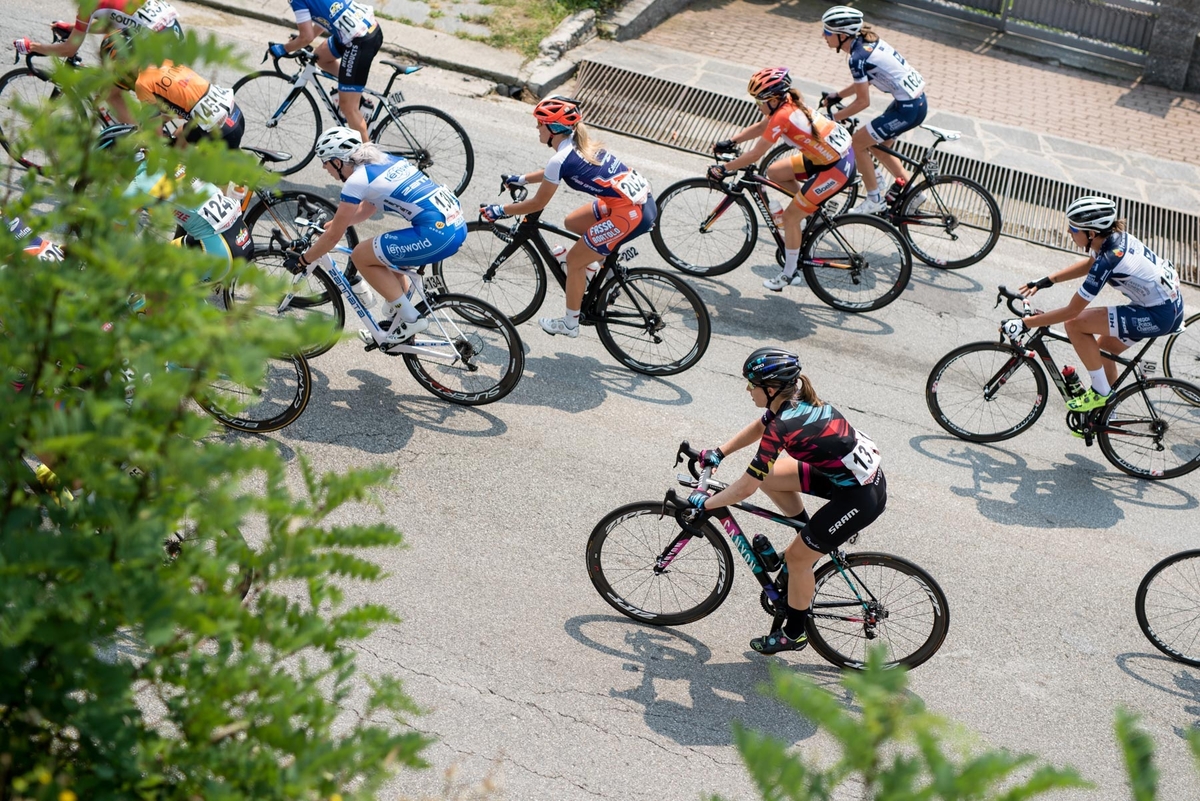 Wrap up of the Giro Rosa for CANYON//SRAM Racing

The final stage of the Giro Rosa was today around the city of Verbania on Lago Maggiore. Thalita de Jong (RLT) won stage nine solo, over a minute ahead of Riejanne Markus (TLP) and Maria Confalonieri (LWZ).

The nine rider winning move went away on the first climb of the race, just after a move with Alexis Ryan had been brought back by the peloton. “I tried today to get in a breakaway. On the first lap coming in to the shorter climb I was away with a group of ten, I could see we were getting caught and my first reaction was just to attack again. It was a pretty steep at the bottom, it was 2.5km, and a lot longer than I expected. The peloton slowly caught me and I floated to the back. By the time I looked up from my pain box I could see there was a group of nine away. This group had a gap and they stayed away. It was bad timing for me, I couldn’t follow at that time. No one from our team could follow at that point,” said Ryan.

With no CANYON//SRAM Racing riders in the break, Guarischi joined a five rider chase group. This group was never able to catch the leaders who had an advantage at one point of almost six minutes.

Guarischi said the conditions were tough. “It was a hard stage today. It was really hot, over 35 degrees and everyone was tired. It was not the best circuit for me to be in a breakaway but we had to have someone from the team try to go across to the leaders.” With around 30km left to race, the chase group was brought back to the peloton, and de Jong attacked her breakaway companions on the final climb. No one could follow and the RaboLiv rider went to the line for a solo victory.

Following the stage Alena Amialiusik said she was a little disappointed overall in her Giro Rosa. “For sure I wanted to try to win a stage. I think it wasn’t my Giro this year after being sick and not training for a week, it wasn’t a good lead-in. In general I’m happy that my legs came back at the end of the Giro. But for me it’s a little bit sad that I couldn’t do something good. Tomorrow I will sleep and do some laundry. Then I will go to my Lake Iseo for a swim.”

Stage four winner Tiffany Cromwell said for her the tour was good. “We came here for stages not the overall and we achieved one stage win. I took it day by day. The climbing days I knew I wouldn’t be in the front group. But I think I am satisfied with my personal Giro Rosa. I ticked a goal and am looking to make the top step again in the near future. Tomorrow I’m sleeping, and getting my hair done, and beautifying myself, and sitting on the beach, and eating some fresh berries,” laughed Cromwell.

Giro Rosa first timer Alexis Ryan said she now feels the fatigue of a ten day stage race. “I’m a little tired now. It caught up to me slowly, but it definitely caught up to me. It met my expectations. The climbing stages definitely surpassed anything that imagined. Tomorrow I’m going to sleep really late, lay around all day, eat a lot of food and get ready for Thuringen next week. If I ride it will be really easy a short little spin.”