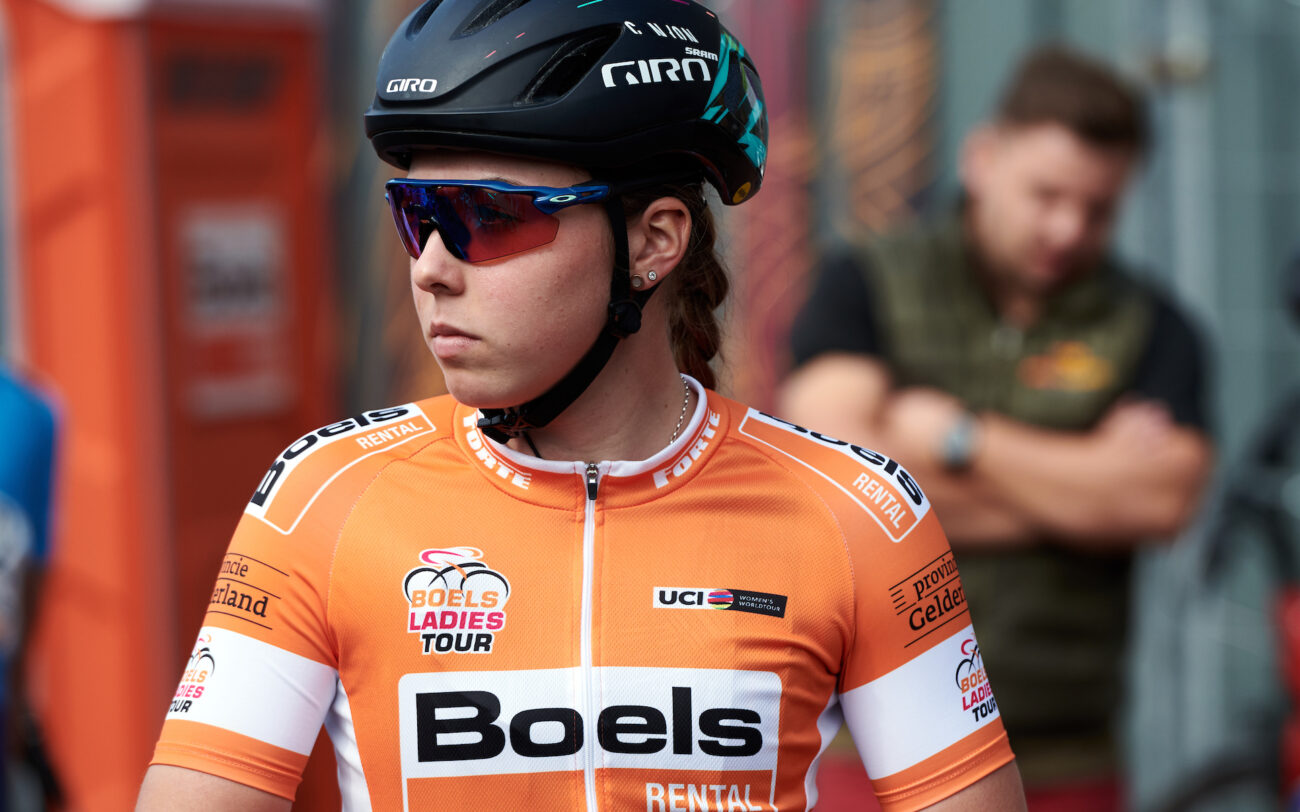 Lisa 2nd on GC with one stage to go

Lisa Klein moved to second on the general classification after today’s penultimate stage of the Boels Ladies Tour from Arnhem to Nijmegen. The stage was won from a small breakaway, with Franziska Koch (SUN) taking the win narrowly ahead of Christine Majerus (DLT).

Despite the chasing group, and the best efforts of CANYON//SRAM Racing, the breakaway wasn’t reeled in and Majerus takes the leader’s jersey, now 30 seconds ahead of Lisa Klein, ahead of the final stage tomorrow in The Netherlands.

“The first riders that were in the breakaway created a good situation for us, but then when Majerus bridged across we were put under pressure,” said Klein after the stage.

“We had Kasia and I in the front group after the echelons, and then Alena later could join. Boels were doing a lot of attacking at this point. We had Alena going with the attacks that were happening at the time. But then Majerus bridged to the leaders, and when the other riders from behind came back, we had to chase. We tried our best to solve the situation but unfortunately we couldn’t get that breakaway back.”

“Of course we’re disappointed to lose the jersey. But we still have something to fight for and I’m highly motivated to have a good race tomorrow. I have to also say that I’m super proud of how the riders were working for me and giving their best,” added Klein.

The final 158.8km stage from Nijmegen to Arnhem can be followed on Twitter with #UCIWWT and #BLT2019, and is broadcast tomorrow from 13:30CEST on PodiumTV.