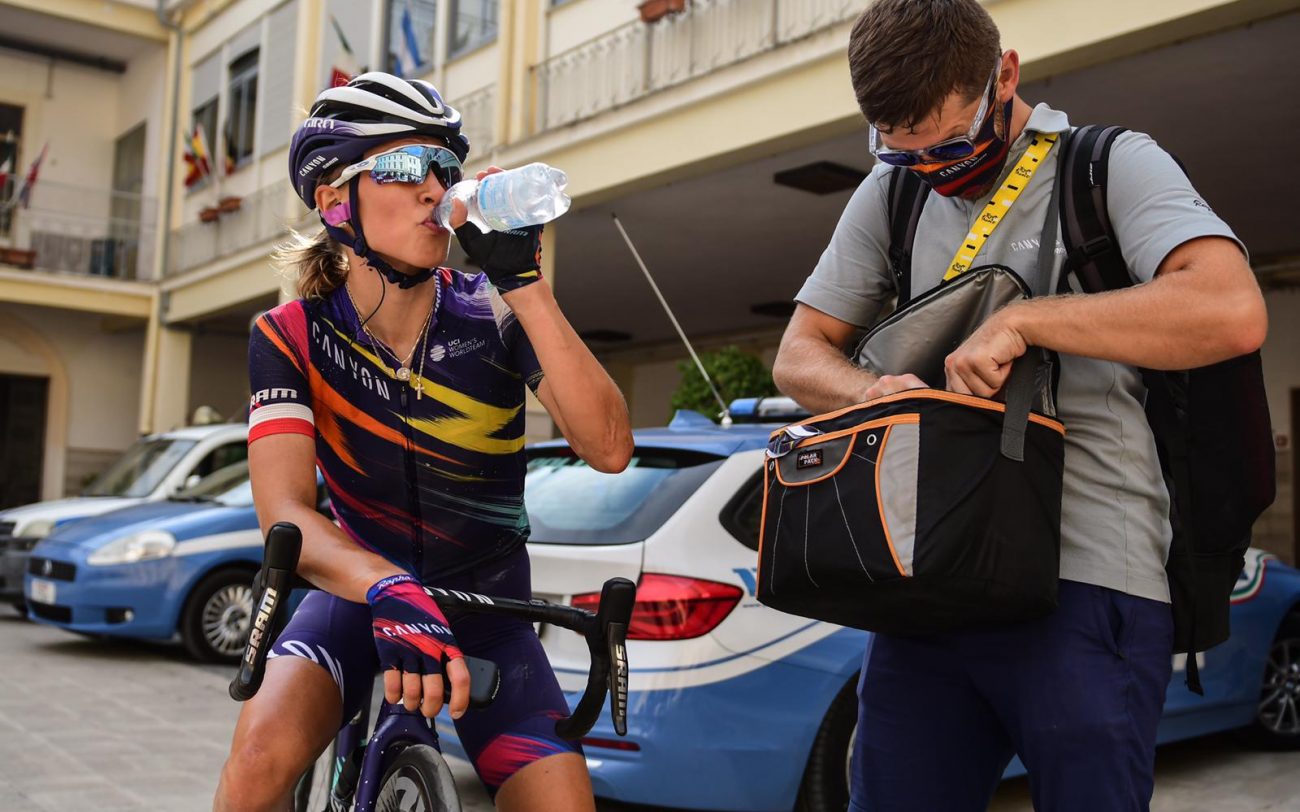 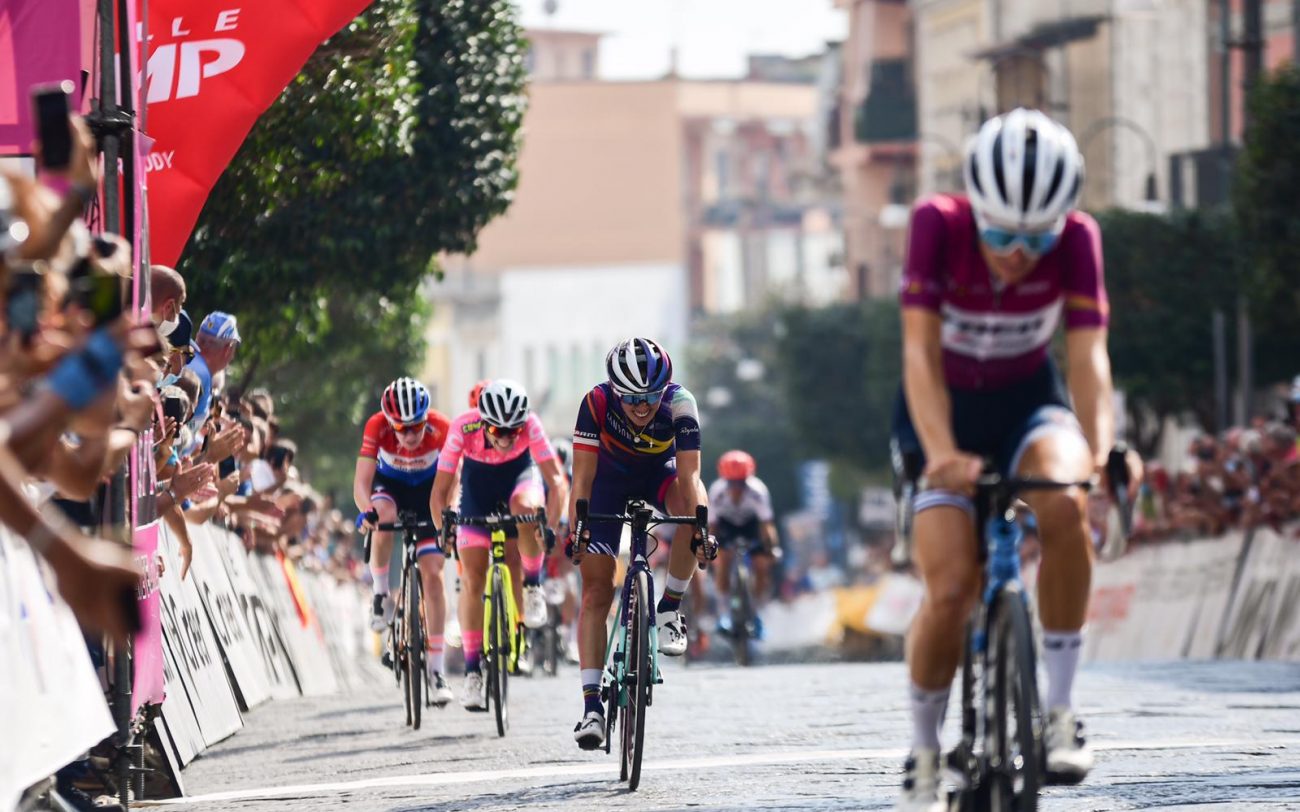 Kasia Niewiadoma finished third on today’s seventh stage of the Giro Rosa in Maddaloni, Italy. Kasia narrowly avoided a crash just before the final kilometre marker, which took down many riders including most of the classification leaders. The stage was won by Lotte Kopecky (LSL) ahead of Lizzie Deignan (TFS).

“The final circuit was fast and also tricky with crossing the cobbles on the finish line. There were a lot of lead out trains going into the climb each time. On the climb itself there were a lot of attacks and constant surges but I could follow the moves,” said Kasia after the podium ceremony.

“In the final 3km everyone wanted to be in the front, and then there was this giant crash with around 1.2km to go. I stayed on the right side and everything happened on the left side, so fortunately I avoided it, but I do really hope that everyone involved in that crash is okay.”

Kasia continued, “With the final corner to the right at 300m ago we hit the cobblestones again. I knew I had to be one of the first ones in that corner and then just do my best. It’s sweet that I got third.”

“We know the last two stages will be hard, but we’ve raced consistently so far and we’ll aim to do the same tomorrow. We’re all committed to looking after Kasia as best we can,” said Alena Amialiusik.

The 2020 Giro Rosa can be followed on Twitter with #UCIWWT and #GiroRosa. The race will have daily highlights on RAI TV, NOS, GCN app and Eurosport.