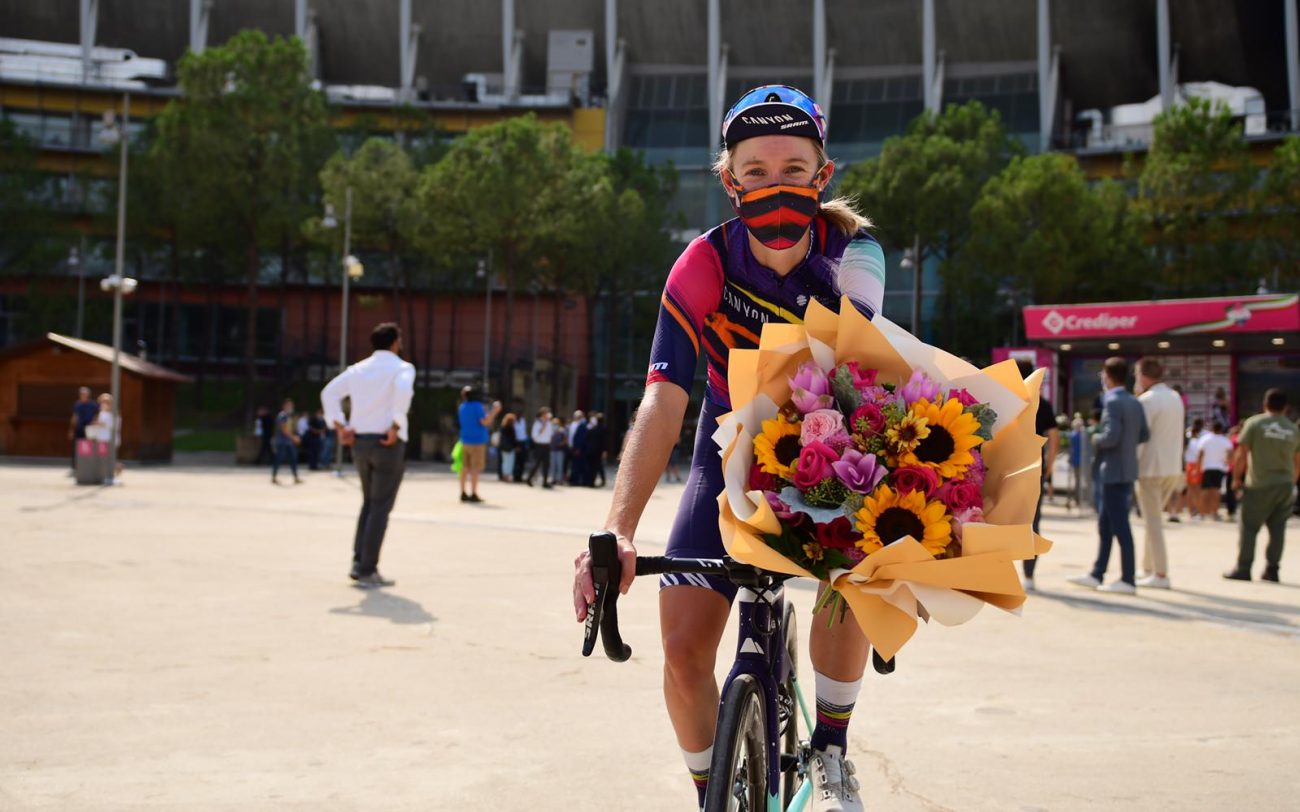 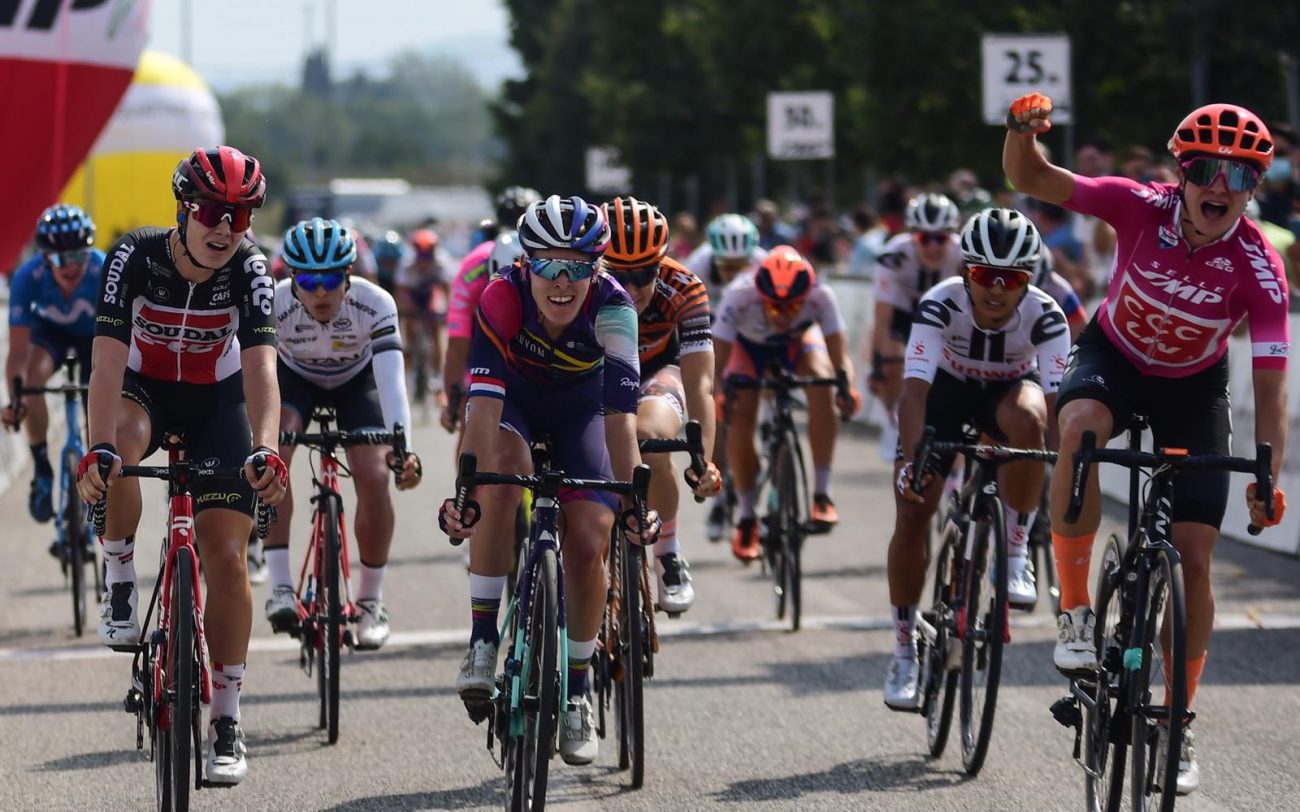 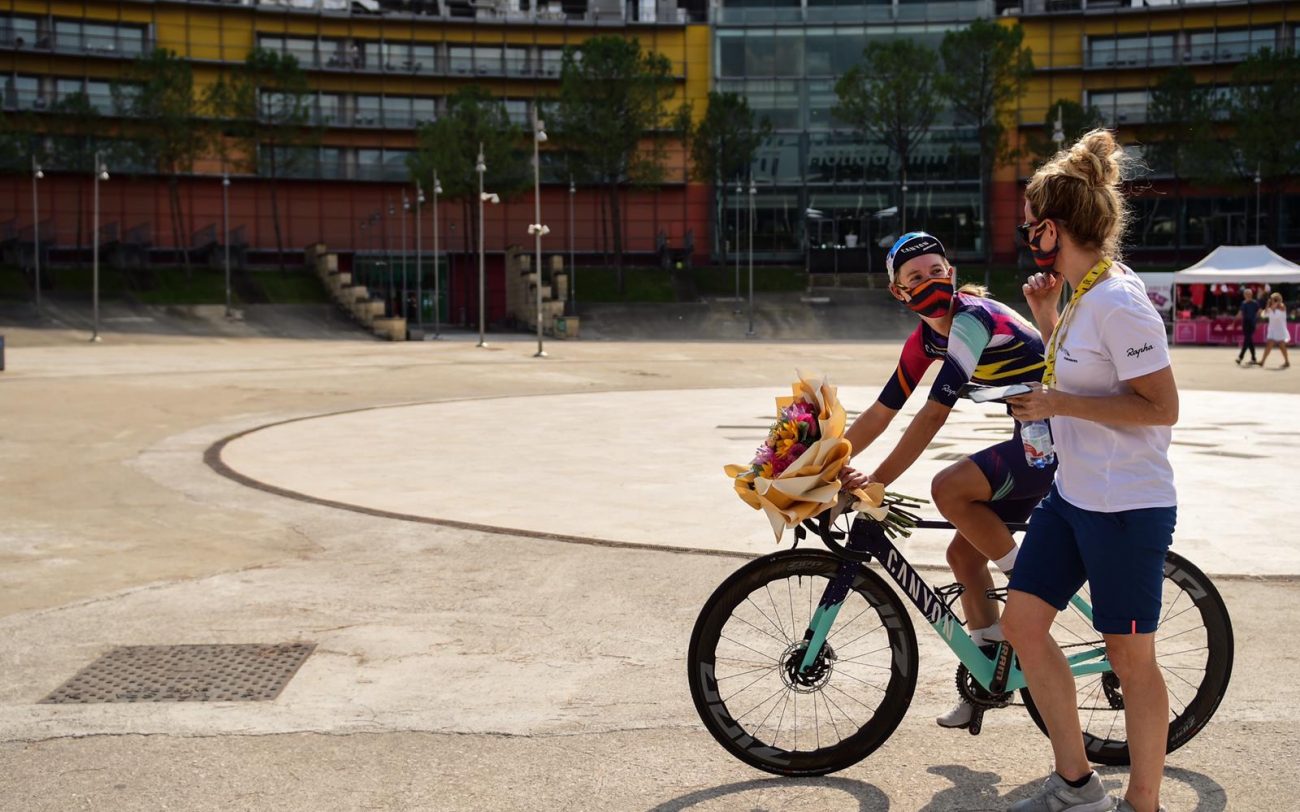 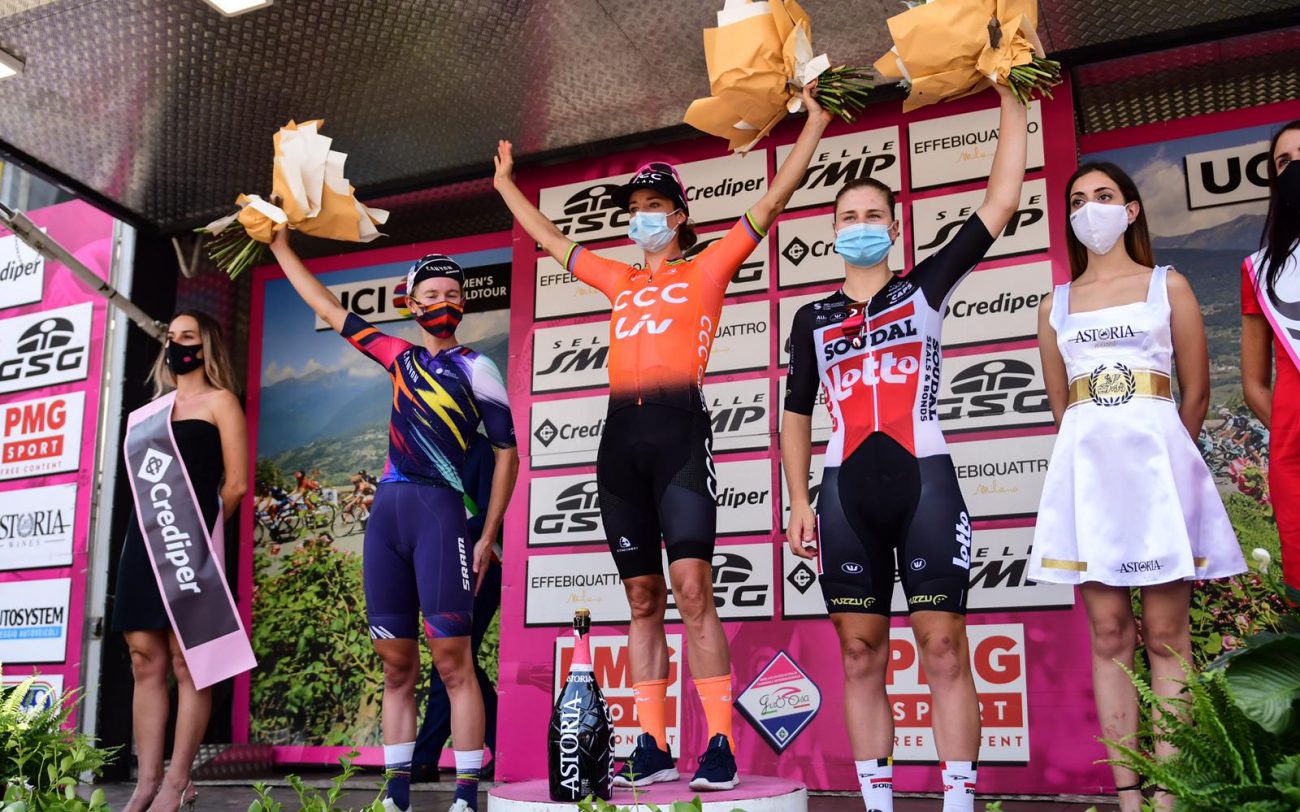 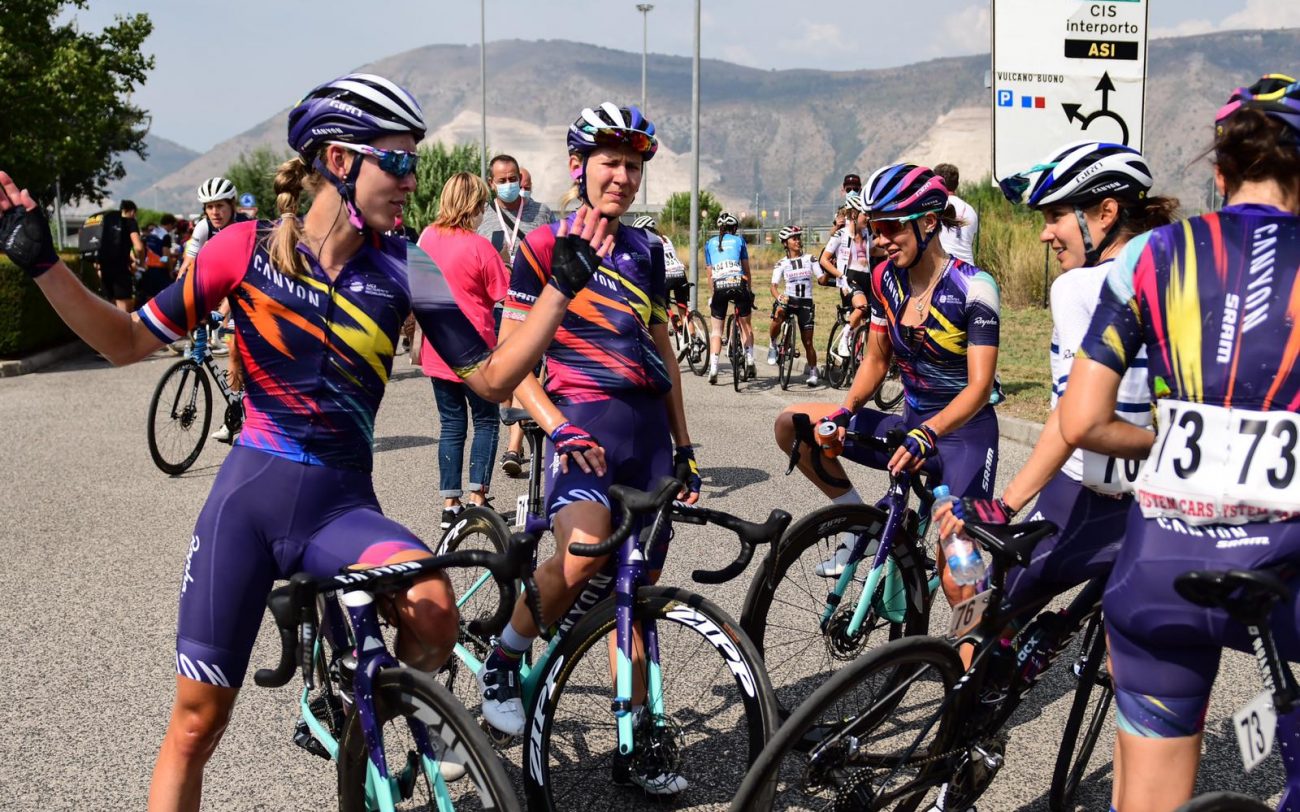 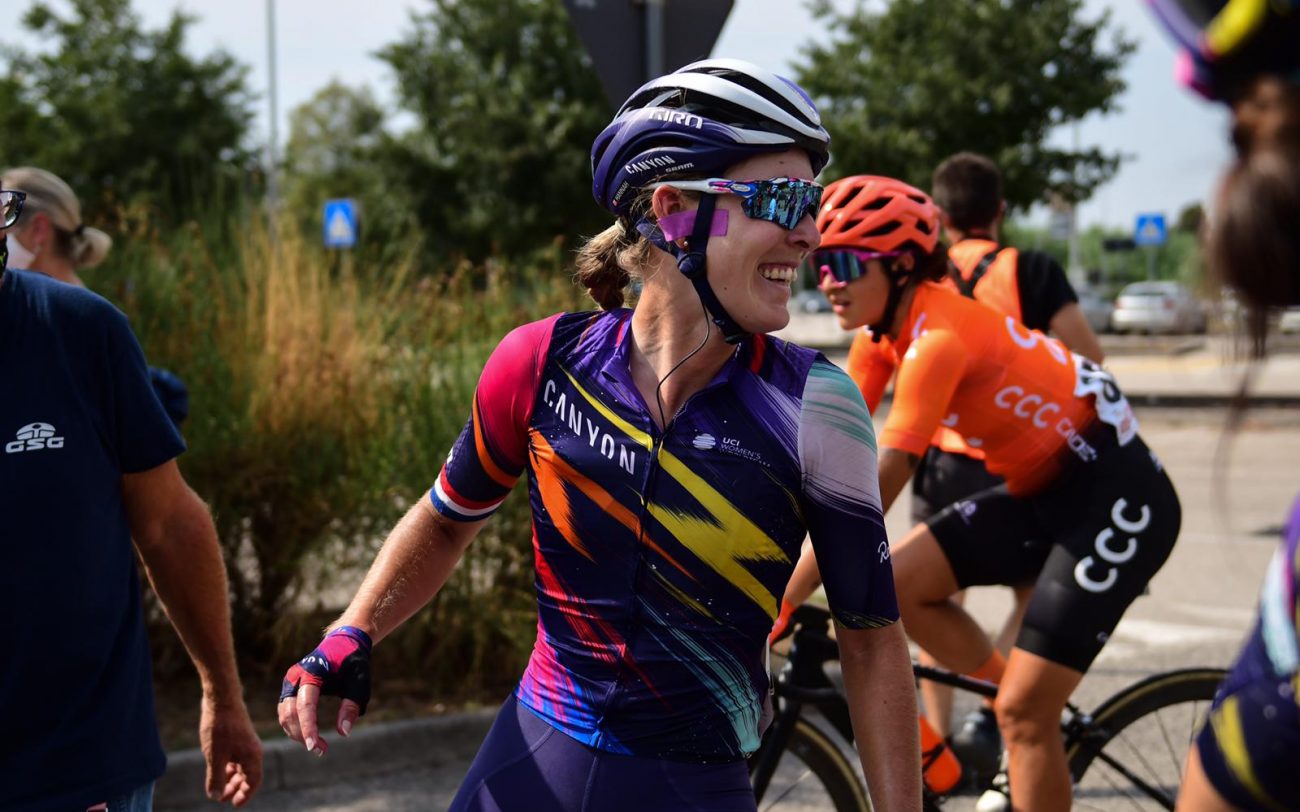 Hannah sprints to 2nd on stage 6

Hannah Barnes sprinted to second place in today’s stage of the Giro Rosa in Nola, Italy. Hannah was narrowly overtaken by Marianne Vos (CCC) in the last metres, with Lotte Kopecky (LSL) finishing third on the sixth stage.

“The team plan was to go for me if there was a group coming to the line. My main goal was to get over the climbs and once I’d done that I was feeling good and up for the finish,” explained Hannah.

“After the final climb the downhill was fast, and with 10km to go we were all together, as we knew the final 5km wasn’t that easy so we wanted to make sure we kept Kasia safe into at least 3km to go.”

Hannah continued, “Alena did a great lead out, I think she did over 2km on the front, it was really impressive. Elena was there then but through the corner with 700m to go it became quite messy. After that, I could hold my position and I had some speed so I started my sprint with around 200-250m to go. I was forced to come around the right side when the finish was a sweeping left bend so I took the long way around, and could almost hold it to the line.”

“Overall, I’m pleased. I’ve not had the chance to go for many sprints lately, so it was good to nearly get the win.”

Hannah, who won a bunch sprint stage of the Giro Rosa in 2017, hoped there would be more opportunities in the future.

“It’s me that’s holding me back. I need to take confidence from today and know that I can be there at the finish and to use today as motivation going into the next races when there can be a sprint finish,” admitted Hannah.

Stage seven tomorrow is 112km from Nola to Maddaloni with an elevation of 1085m. Kasia maintains her second position in the general classification (GC) with three stages remaining.

“Our priority is to keep Kasia safe and out of trouble, and to hold or improve our situation on the GC. We need to stay consistent in these last three stages,” said Hannah.

The 2020 Giro Rosa can be followed on Twitter with #UCIWWT and #GiroRosa. The race has daily highlights on RAI TV, NOS, GCN app and Eurosport.