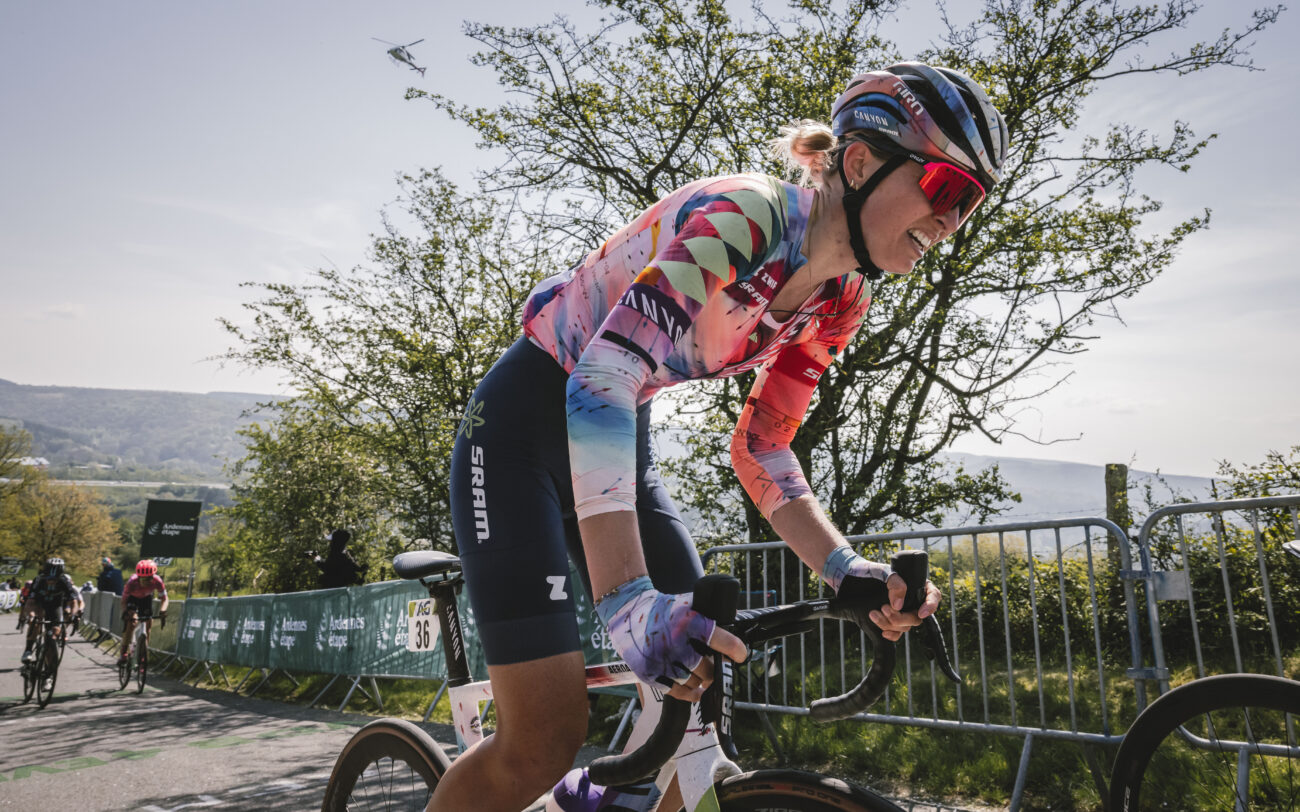 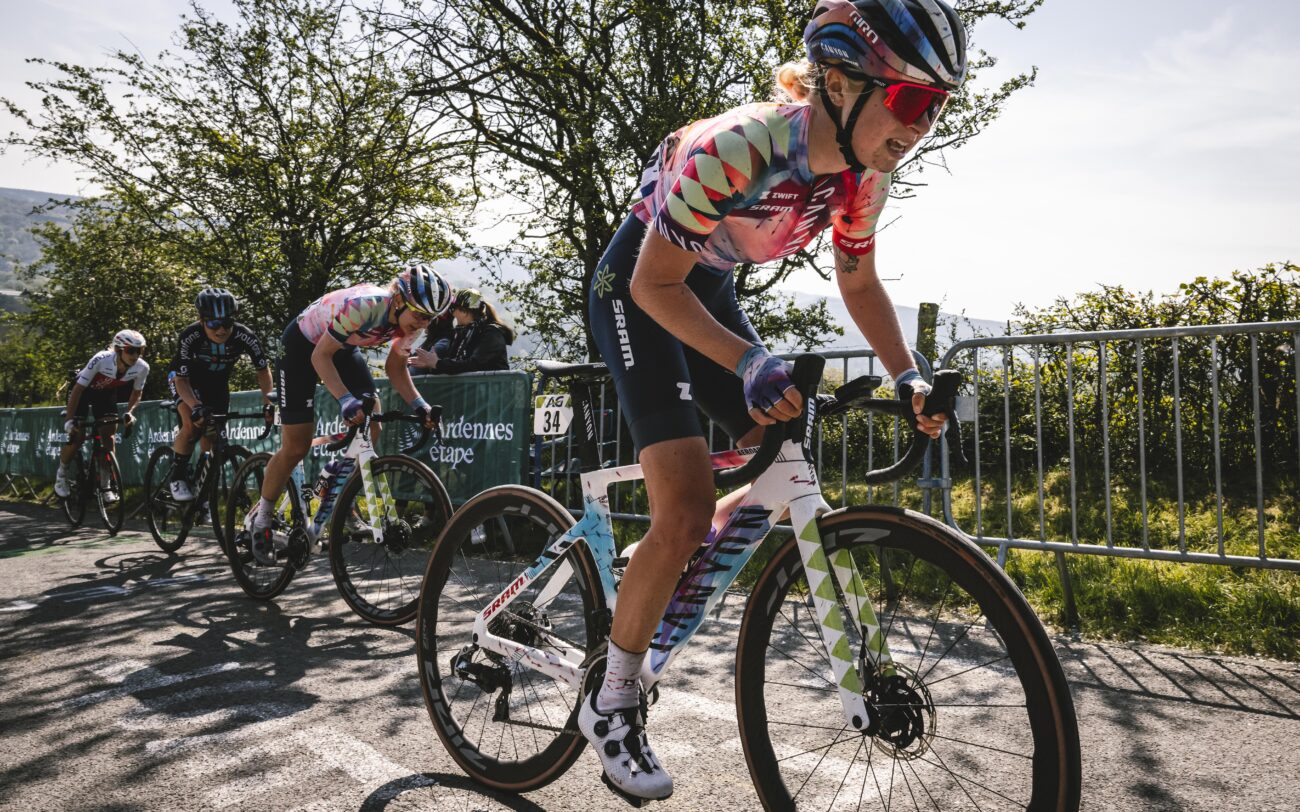 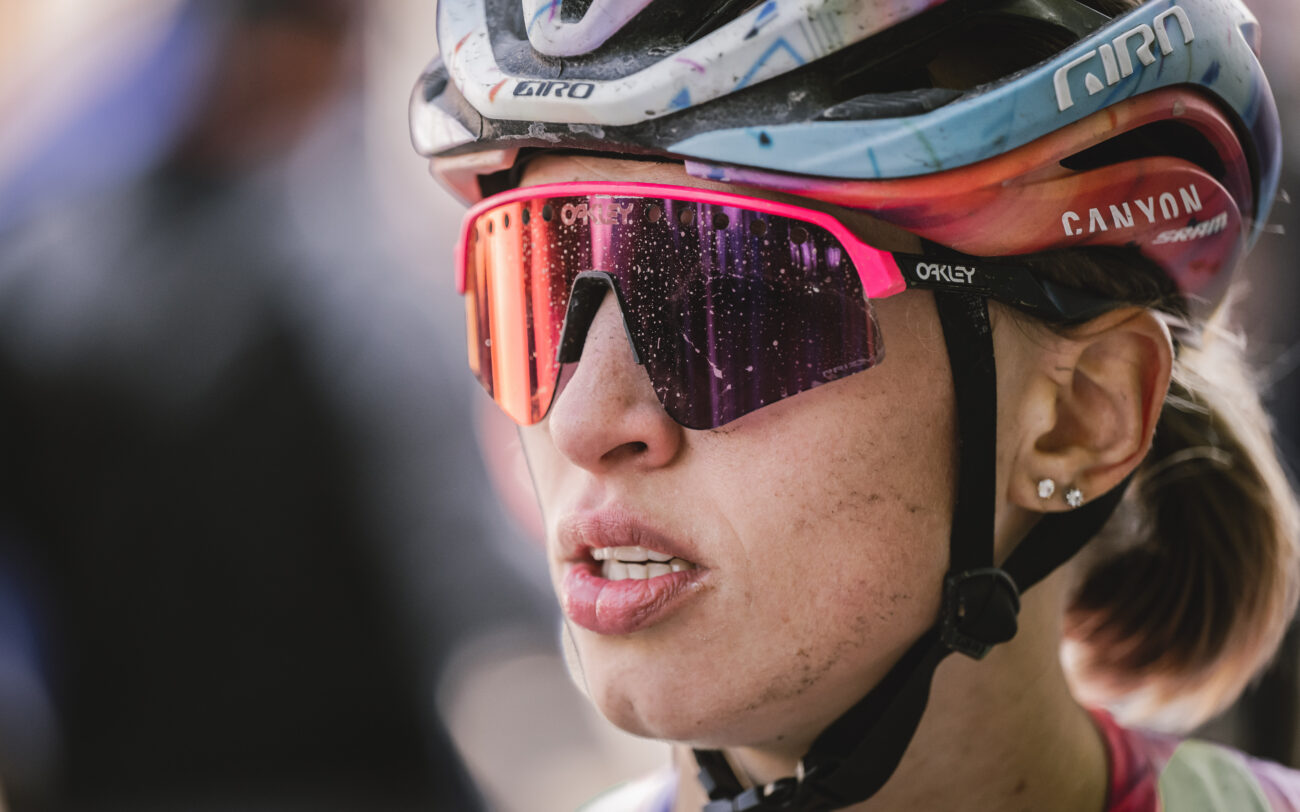 After an early four-rider move was brought in, it was Soraya Paladin who played a key role for CANYON//SRAM Racing. The Italian rider went with a move with seven others and stayed away until Côte de La Redoute. Pauliena Rooijakkers was near the first group of riders over the summit and teammate Kasia Niewiadoma was just behind in the next group. The two groups came together but eventually split again as first Grace Brown (FDJ), and later race winner, van Vleuten, made solo attacks.

“I didn’t feel the best out there today,” admitted Kasia. “So, I told Pauliena that I would work for her in the final. Unfortunately, we couldn’t make the group that went away on the last climb and was chasing behind Annemiek for the podium spots. That’s kind of sad because we should have been in there. We tried to bring the gap back but we couldn’t.”

Soraya finished fifteenth and said, “I’m happy I could be in the breakaway. On the last climb though, I just didn’t have the legs to go with the front group. I sprinted from my group and did the best I could.”