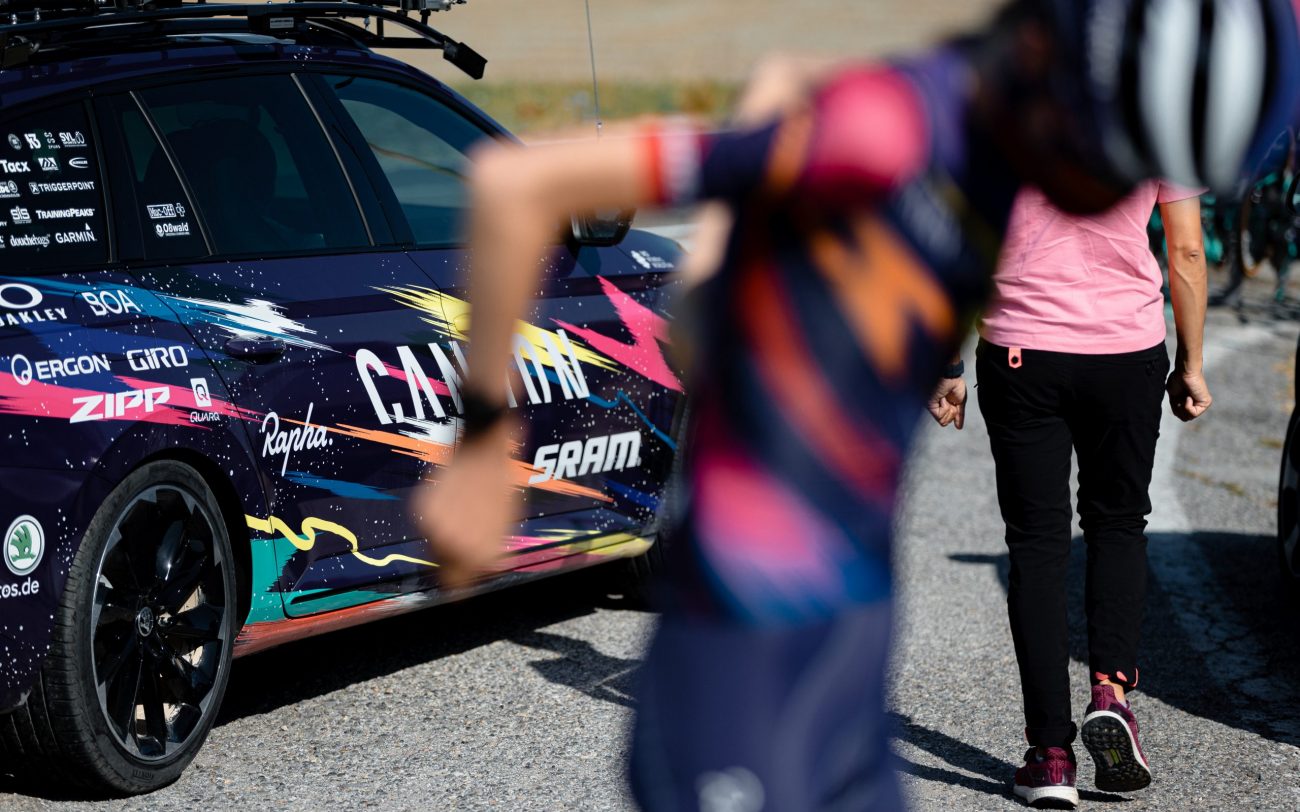 A large crash coming into the final San Luca climb caused havoc with the peloton at today’s Giro dell’Emilia in Bologna, Italy, including several riders from CANYON//SRAM Racing. Kasia Niewiadoma was the team’s best placed rider in twelfth position. Her teammate, Elena Cecchini, came down in the crash but walked away with skin wounds only. The 1.PRO race was won by Cecille Uttrup Ludwig (FDJ).

Niewiadoma lamented the timing of her attack in the closing two kilometres. “Elena was helping lead me into the climb, and we were in good position. I didn’t come down when Elena crashed, but I lost that prime position. I chased back to the leaders, and immediately attacked. It was too early. I had already completely blown up and there was still 500m to go, so a bunch of riders passed me.”

It was an assorted day also for Niewiadoma’s CANYON//SRAM Racing teammates. Read what some of the riders had to say below.

Alena Amialiusik: “It was hectic with several crashes during the race. The large crash at the front of the peloton coming into the final climb caused some chaos. I avoided the crash but lost my position and from there it was a chase to get back. I had spent too much energy and when the attacks and the real race happened on the climb, I couldn’t follow. It wasn’t my day all.”

Rotem Gafinovitz: “I think it was good overall. I had the support role and I think I did well supporting the girls and racing in the front. The finish was super hectic and I couldn’t hold the wheels or help them enter the climb so that was my weakness today.”

Tiffany Cromwell: “I was relatively satisfied with my first race back. I had some speed in my legs so I could contribute in the flat sections, help move our protected riders around, and chase some attacks when needed. As a team, we did everything we wanted to, until the final crash happened and messed things up. I started a big pull around 4.5km to go, and could hold it until the 3km sign. Usually, if I had full race strength, then I would have been able to go longer and that would have helped our leaders get just a bit closer to the final climb. Now I have the first race in the legs, I can take some confidence going into the next one.”

Omer Shapira: “Unfortunately, the last kilometres before the final climb were too chaotic and I was not in the picture at all. I also didn’t feel 100% today. I’ll keep my head high and look to the next races.”

We now move now to France, for a solid week of racing for some riders at the European road championships, as well as the team’s UCI Women’s WorldTour races GP Plouay and La Course by Le Tour de France. The team’s roster will be announced in the coming days.