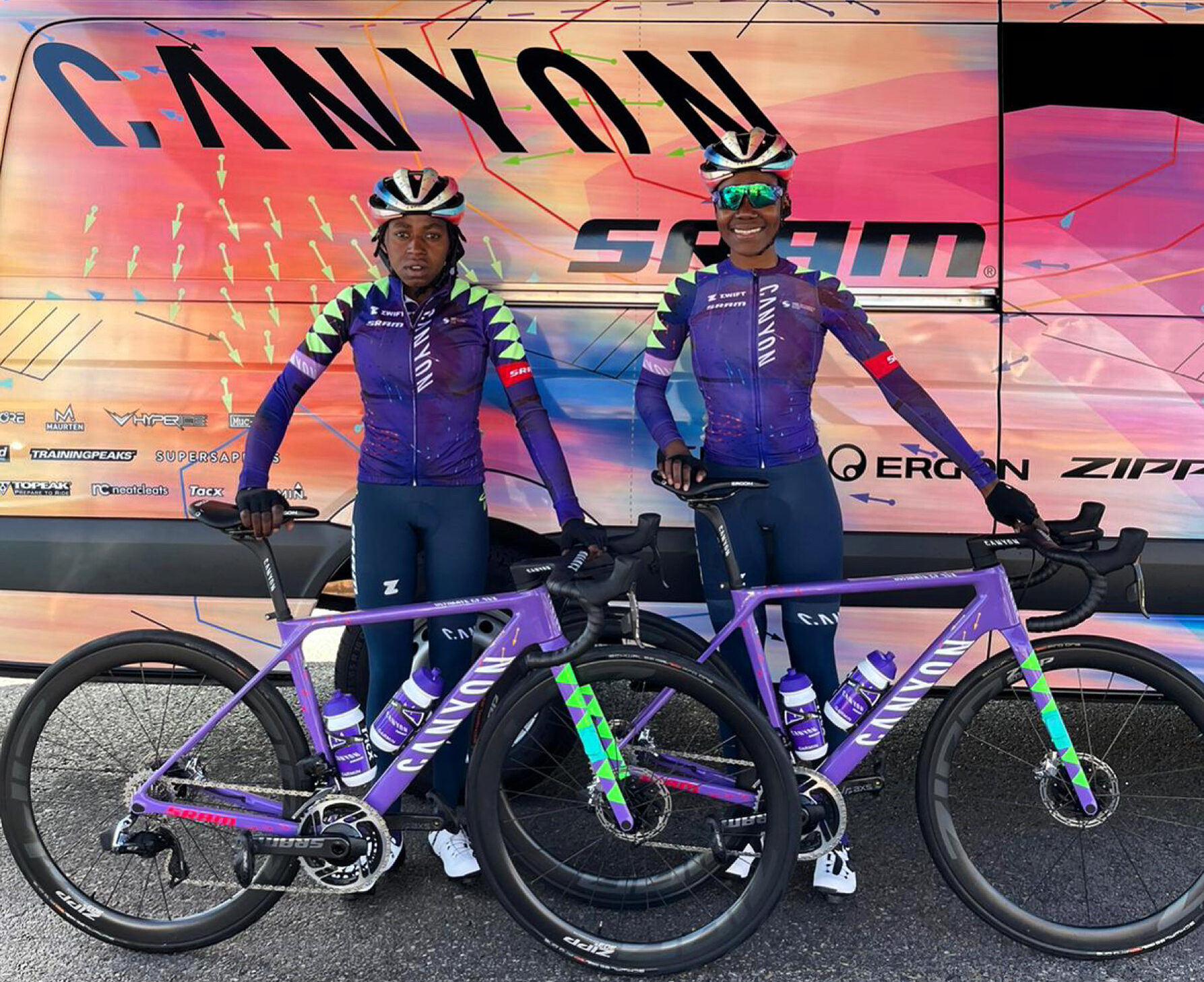 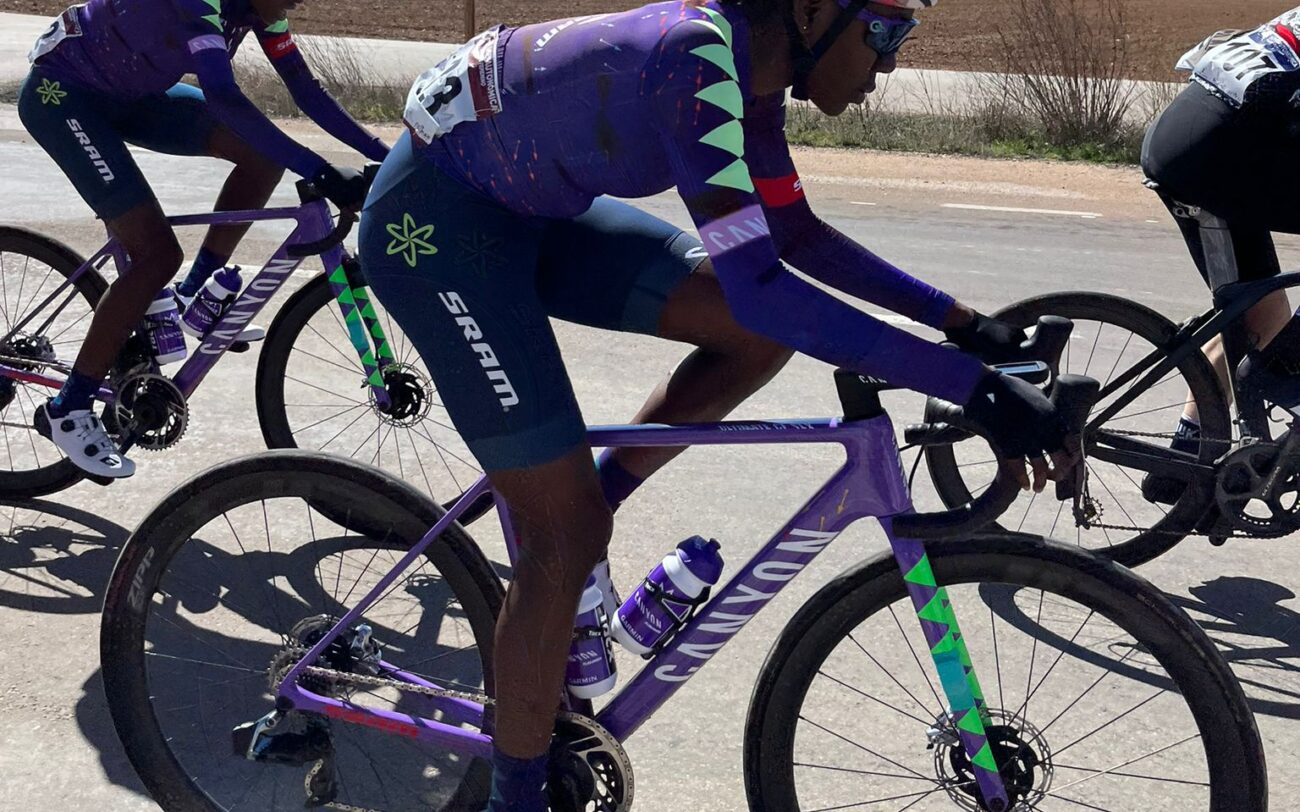 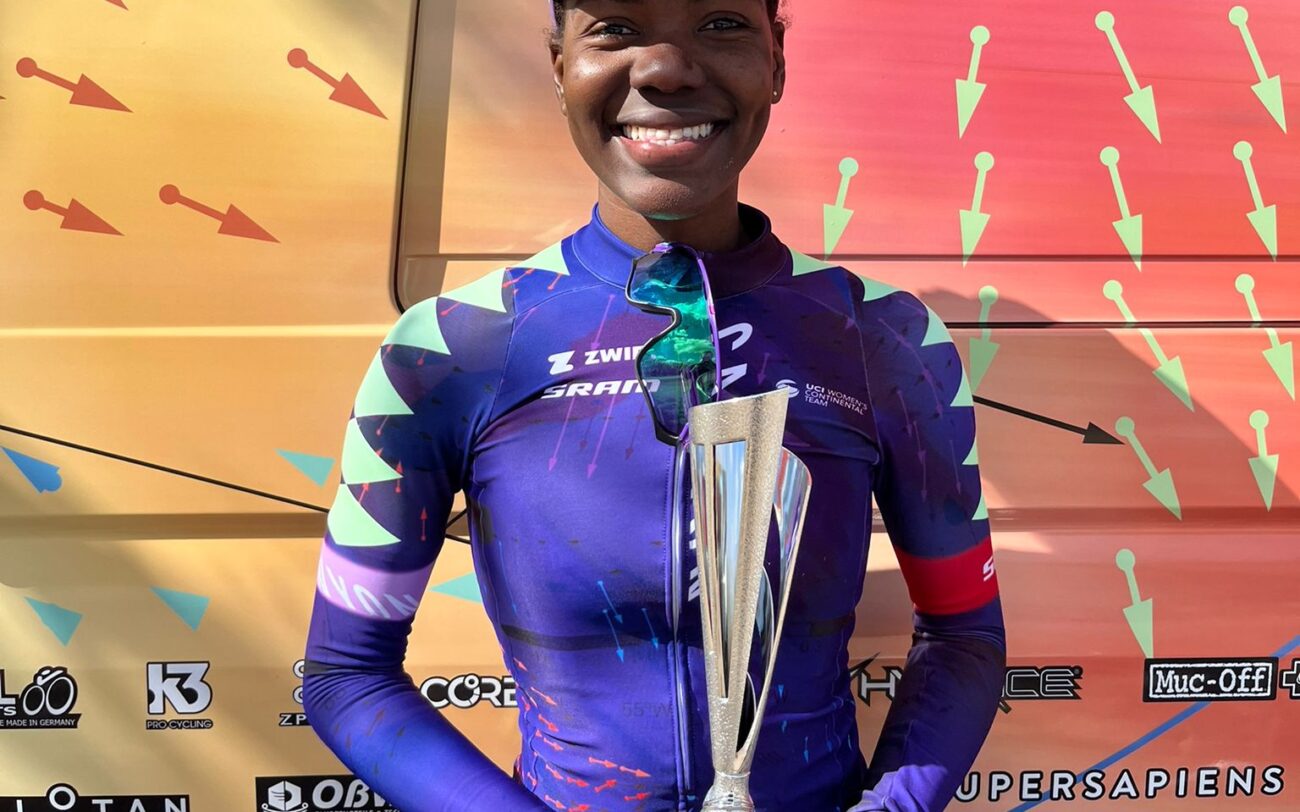 It was a dream start to racing for CANYON//SRAM Generation, after Llori Sharpe and Valentine Nzayisenga sprinted to third and fifth place today at Il Liga Autonomica de Féminas in Tomelloso, Spain. Llori also took second in the U23 category.

The first-ever race for the team had a clear focus from Sport Director Adam Szabo. “We aim to use it as a starting point. We want the team to learn and experience as much as possible and then we can progress step by step.”

Llori and Valentine however, were able to put in fantastic performances as well as collect valuable experiences in the 79km race.

“I still can’t believe it in all honesty! I really didn’t have many expectations heading into the race, but I knew I just wanted to give it my all and represent myself, the team, and of course my country as best as possible. Would definitely say that third place in the overall and second for the U23 category is a positive start for the season!” exclaims Llori.

A single leader and chaser went clear on the first of three laps and stayed away, separately, to cross the line with both Llori and Valentine in the peloton racing for third.

“In the final, my plan was to stay sheltered as much as possible due to the headwind finish, and then attack heading into the last few final metres of the race. That definitely worked in my favour today and I’m so glad it did!”

“Valentine and I chatted during the race more so to encourage each other and to let each other know that we’re doing well, and I’m extremely proud of her fifth-place finish!”

For Llori, it was her first race in Europe and she said there were no real comparisons she could make to her previous race experiences at Jamaican and Caribbean levels.

“Can’t say I can compare this race to anything I’ve done previously especially given the off-road section on today’s course. But, I definitely think all those off-road trails during training sessions that I sometimes dreaded helped me out today,” jokes Llori.

It was also Valentine’s first race in Europe, outside the UCI Road World Championships in Belgium last September. Valentine says, “I had a nice race. Working in the wind when needed and hiding in the wind where possible. We worked hard and I collaborated with my teammate Llori to achieve our goal and best result.”

CANYON//SRAM Generation will tomorrow race the second race of the Autonomic Women’s League at I Trofeo Dulcinea in Ciudad Real with both Llori and Valentine starting for the team.

Llori says she aims to go into the race as relaxed as possible, despite her two podium performances in her first race.

“From today’s race, firstly, I think it’s best that I don’t pressure myself. I’ve realised that a clear and open mind works well for me. Secondly, today’s race reminded me about the importance of team effort and a good support structure. Today’s result couldn’t have been possible without all the awesome people behind CANYON//SRAM, and my friends and family back home who’ve been supporting me along this journey. For tomorrow’s race, I just want to have fun out there and give my all.”

Tomorrow’s I Trofeo Dulcinea over 75km starts at 11:30CET tomorrow, Sunday 13 March. The women’s U23 and women’s elite categories race together. Race updates can be followed on Twitter with @wmncycling, @fem_liga and #LigaCiclismoFem22.