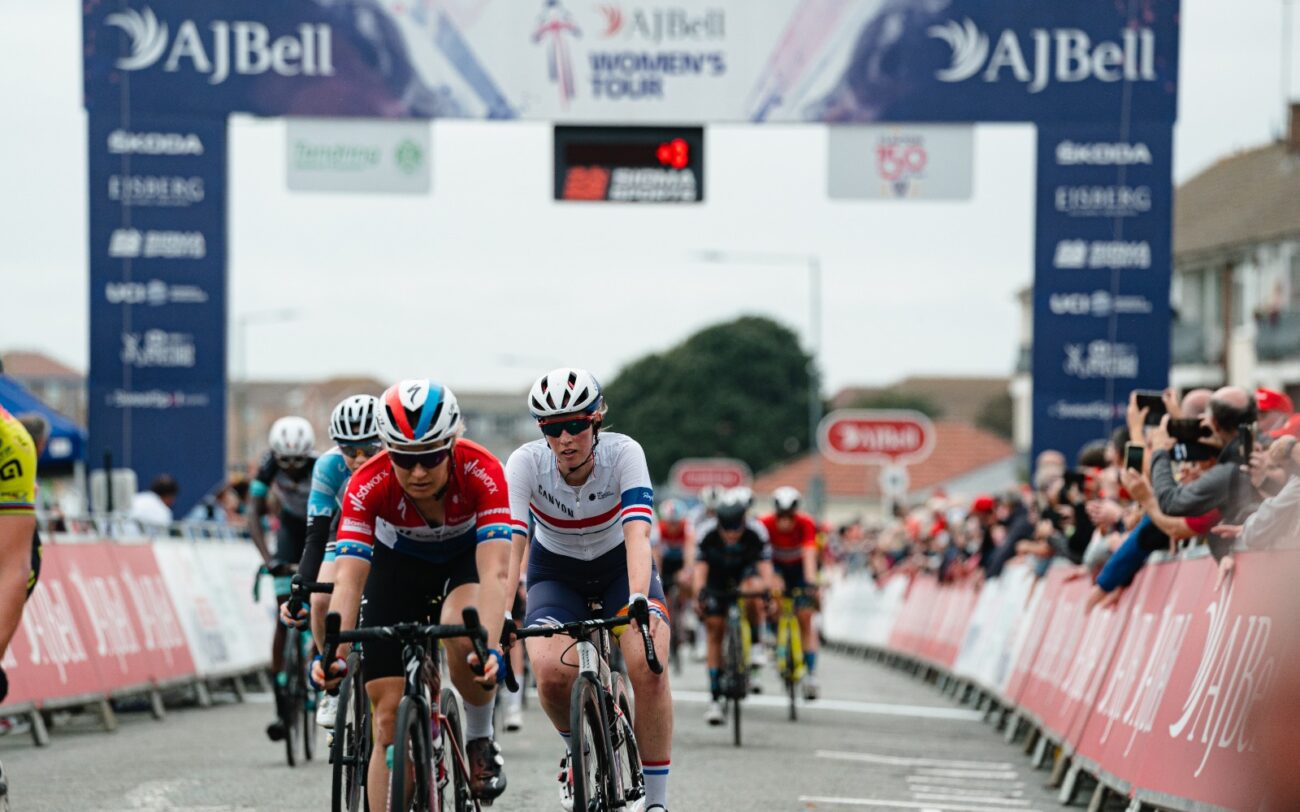 Elise Chabbey has extended her lead in the Skoda Queen of the Mountains classification on the penultimate stage of the AJ Bell Women’s Tour. Chabbey took an unassailable lead in the green jersey classification after collecting points on two of the three climbs on today’s stage to Clacton. Teammate Alice Barnes sprinted to eleventh place behind stage winner Lorena Wiebes (DSM).

One solo rider, Hayley Simmonds, led for much of the 95-kilometre stage, collecting the maximum points on the first QOM of the day. Elise led the bunch to take second in the classification and repeated the result again in the third classification. Elise now leads the competition by eleven points ahead of tomorrow’s final stage.

“It was good to go for the points again today and now we can focus fully on a nice team result tomorrow,” said Elise.

Despite the long-range attack from Simmonds for 60 kilometres, followed by a small breakaway effort, the peloton came to another bunch sprint finish with Wiebes making it two stage wins in a row.

Alice said, “Today we found each other much better as a team but I would say we invested a little too early so then we didn’t have numbers in the final. Personally, I feel like I am lacking the speed once the sprint opens up and am basically finishing in the same position where I’m starting my sprint. My body is tired but I am still motivated so hopefully, that will pay off with the last chance tomorrow.”

Alice maintains her eighth place on the general classification behind leader Demi Vollering (SDW) before the sixth and final stage tomorrow. The 155 kilometres from Haverhill to Felixstowe is the longest of the tour and starts at 11:15BST. The racing action can be followed on Twitter with #WomensTour. There is no live broadcast but daily highlights can be found on ITV4, GCN+ and Eurosport.