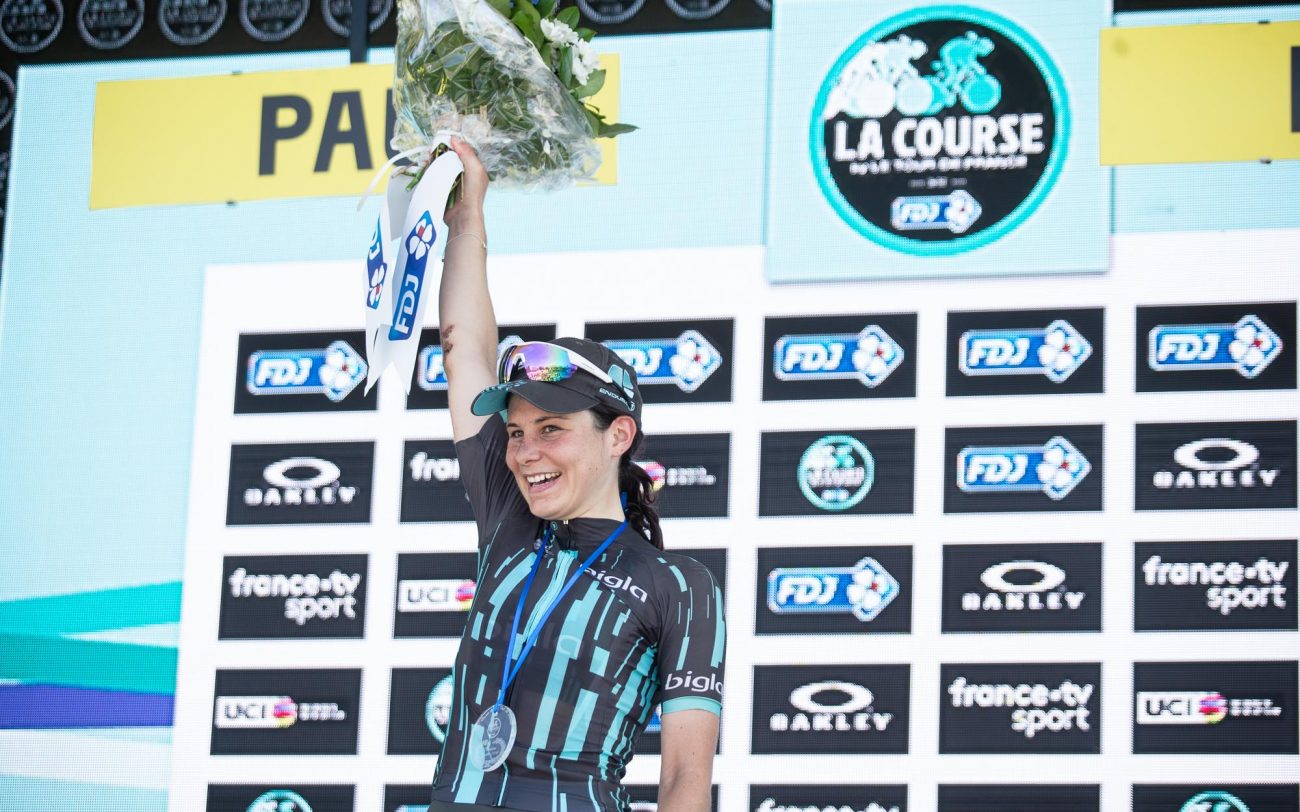 “Since I started cycling, CANYON//SRAM Racing was one of the teams I always admired. It’s a team that has the same sponsors and a lot of the same staff and riders for a long time. That provides me with confidence about the future of this team,”  said Chabbey.

“They race united and seem to be really a nice group with a good atmosphere. I signed for two years and I’m really happy about that because I know I’ll fit in this team and I’m happy that the team trusts me for the next two years. Also, the equipment is amazing and I can’t wait to ride with these bikes!”

Chabbey explained, “This season I improved a lot in terms of positioning and confidence in the bunch. After only two years, I proved that I can be among the best in every type of race, be in the final, and be really helpful for the team. I’m a lot more confident and now I can race in an aggressive way. I’m sure next season I can make another step and win some races.”

Although Chabbey plans to put her medical career on hold for at least the next two years, the 27 year old from Geneva was recently nominated by Swiss-German newspaper Blick in its Sport Champions of the Year awards. Last Sunday, Chabbey finished in third place behind Curdin Orlik and Roger Federer in the category of ‘special achievements outside sport’ for putting aside her cycling training in order to work as a medical doctor at the University Hospital of Geneva during the Covid-19 pandemic in March.

“The reality of the situation was bigger than sport and I felt more useful working as a doctor than riding my bike. It did me a lot of good and I feel it helped me professionally and personally,” said Chabbey.

Asked what her goals will be for the 2021 season, Chabbey replied, “CANYON//SRAM have really strong riders and I’m sure I can bring something to help the leaders. I’m a type of rider that can be strong in almost every type of race and one of my big qualities is my mental strength. I always give 100% and the team can be dependent on me to go as deep as I can every race. My goals in 2021 are simple: keep developing myself as a rider, work on my confidence, ride in an aggressive way, and win some races with this team!”

Along with Chabbey, Alice Barnes, Lisa Klein and Alexis Ryan have all signed contract extensions through 2022 with CANYON//SRAM Racing with Tiffany Cromwell signing a one-year extension.

Barnes said, “I have re-signed because I feel the team is a good place for me to continue to develop as a bike rider. I have found my place in the team where I am able to get opportunities to race for the win but also to support some of the best riders in the peloton to do the same. It’s a unique balance that you don’t find at every team.”

“The 2020 season re-start didn’t go as planned for me personally, but I learnt a lot about myself and can improve on this for next year. I hope to be stepping onto the podium more and hopefully being on the top step,” added Barnes.

Ryan said “I re-signed with the team because of their continued belief in my abilities and untapped potential. They have nurtured my development as a rider and person over the last five years. I know the best years of my career are ahead. I want to live through them with this team and its faithful, supportive sponsors.”

“I spent 2020 reflecting on my past accomplishments, and regrets, in life and sport. I also thought deeply about my goals, and racing holds a very important role. I’m moving forward into the 2021 season with rediscovered purpose and motivation,” added Ryan.

CANYON//SRAM Racing will confirm more of its riders for the 2021 season in the coming days.

Images by Velofocus and Thomas Maheux.