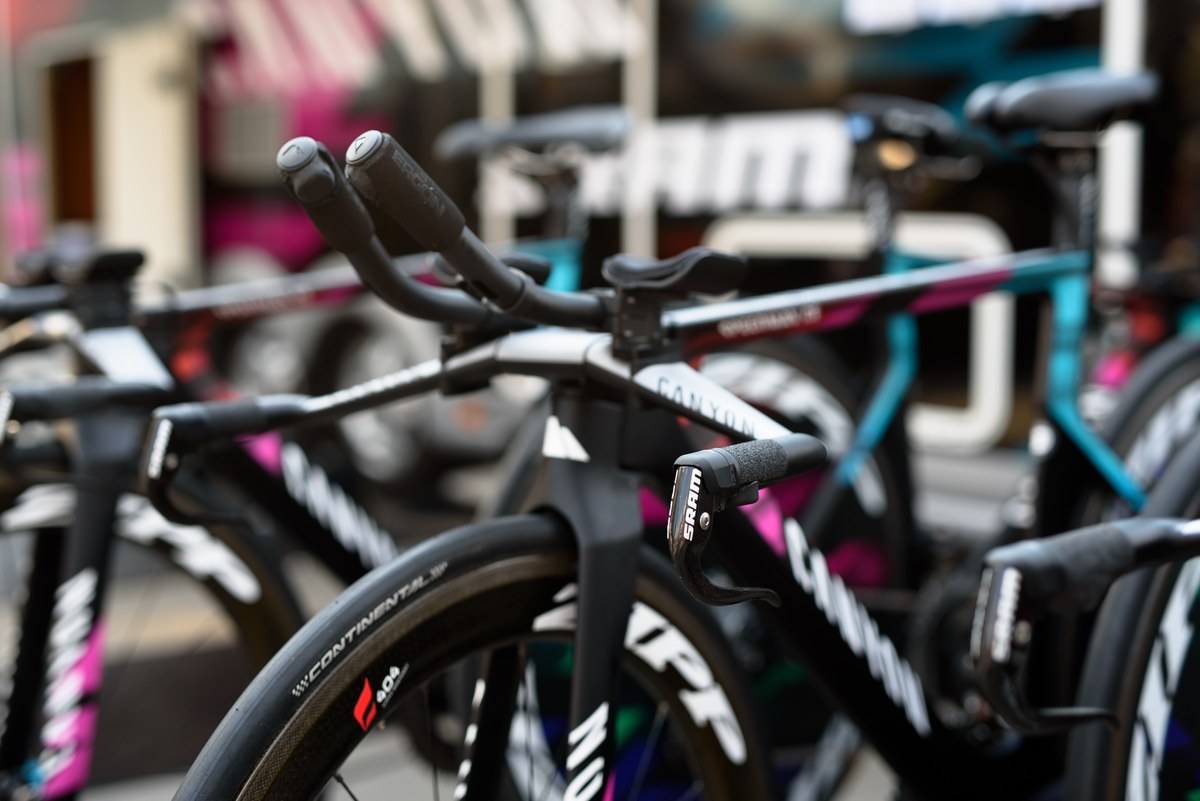 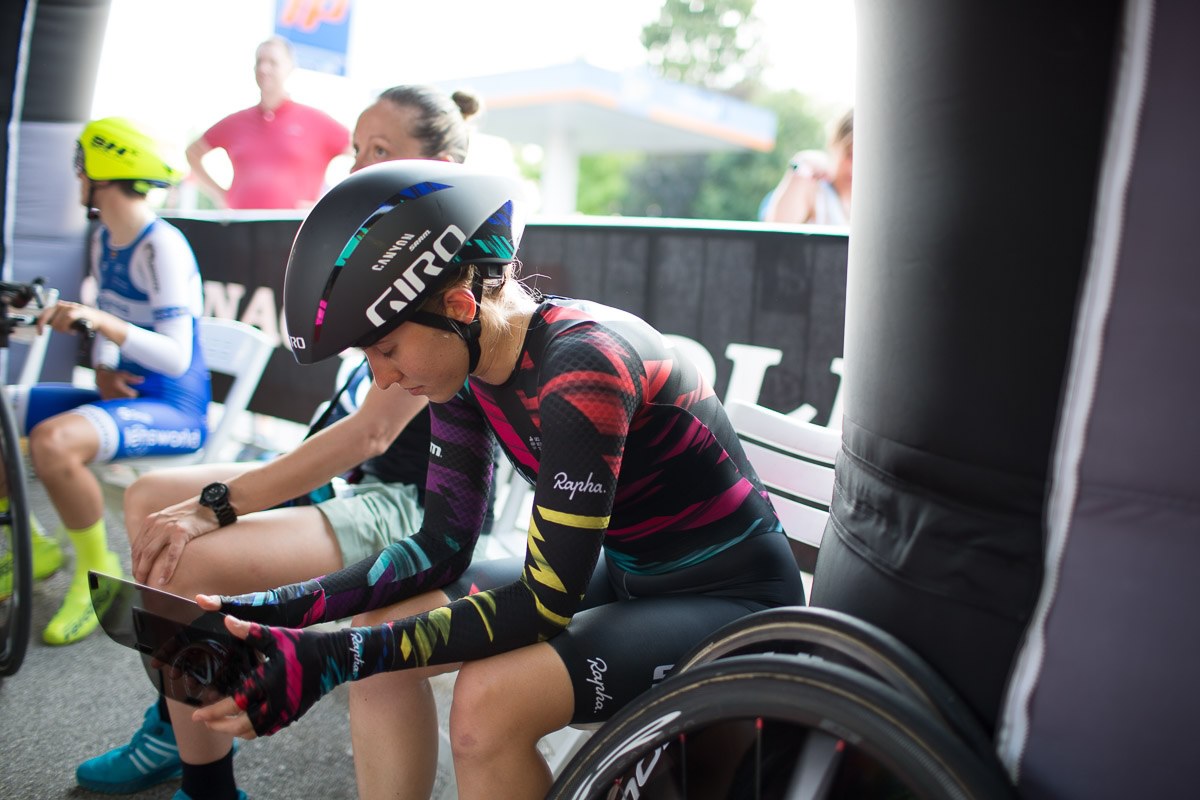 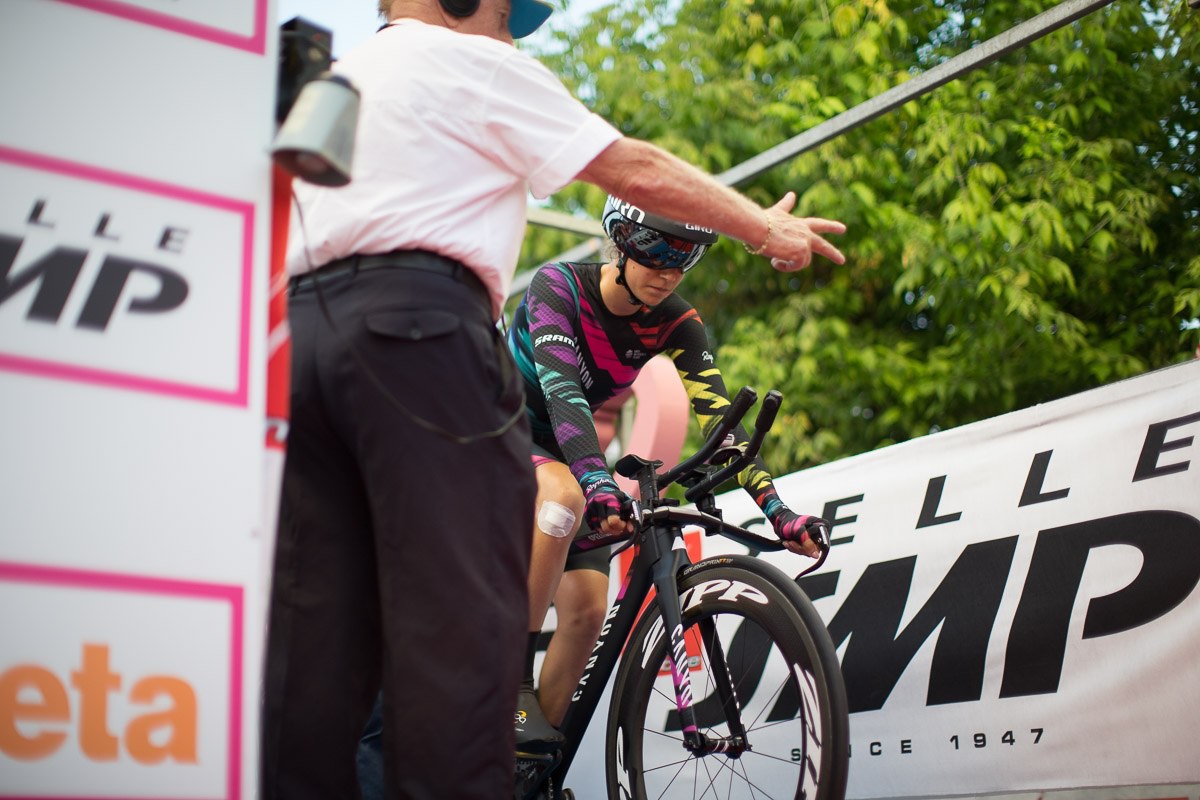 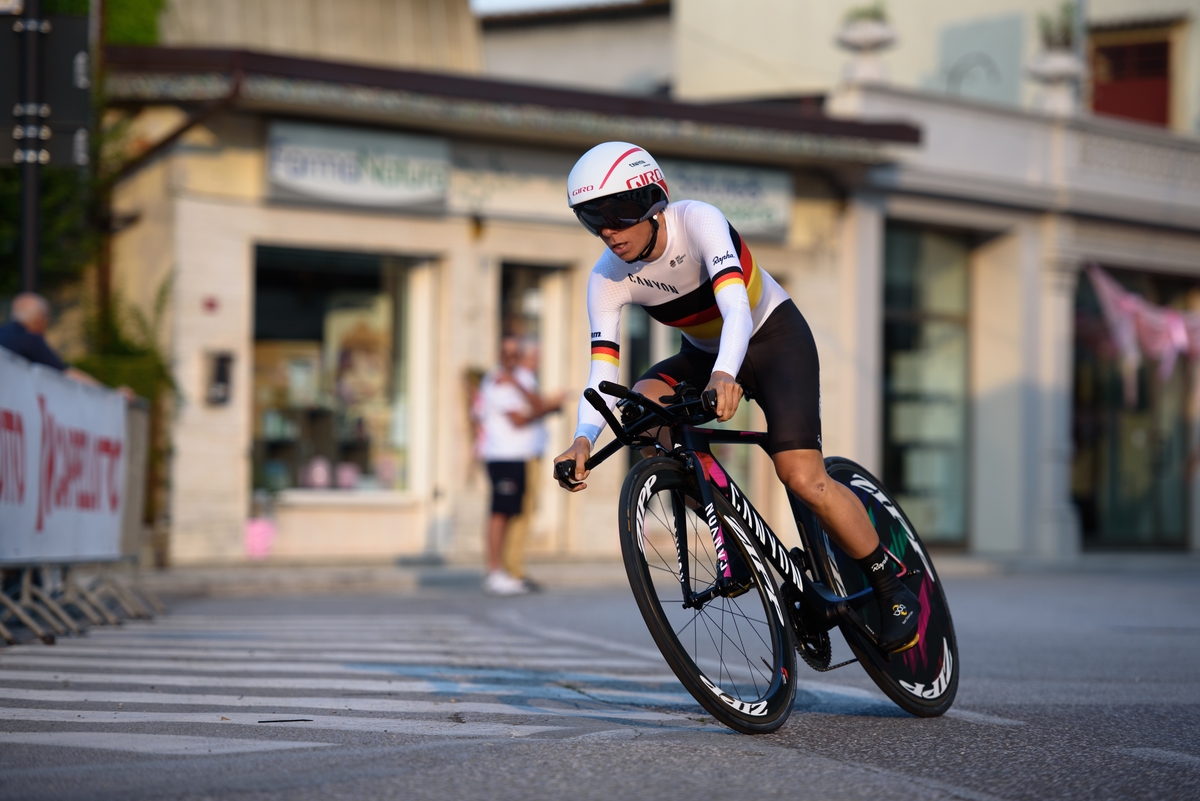 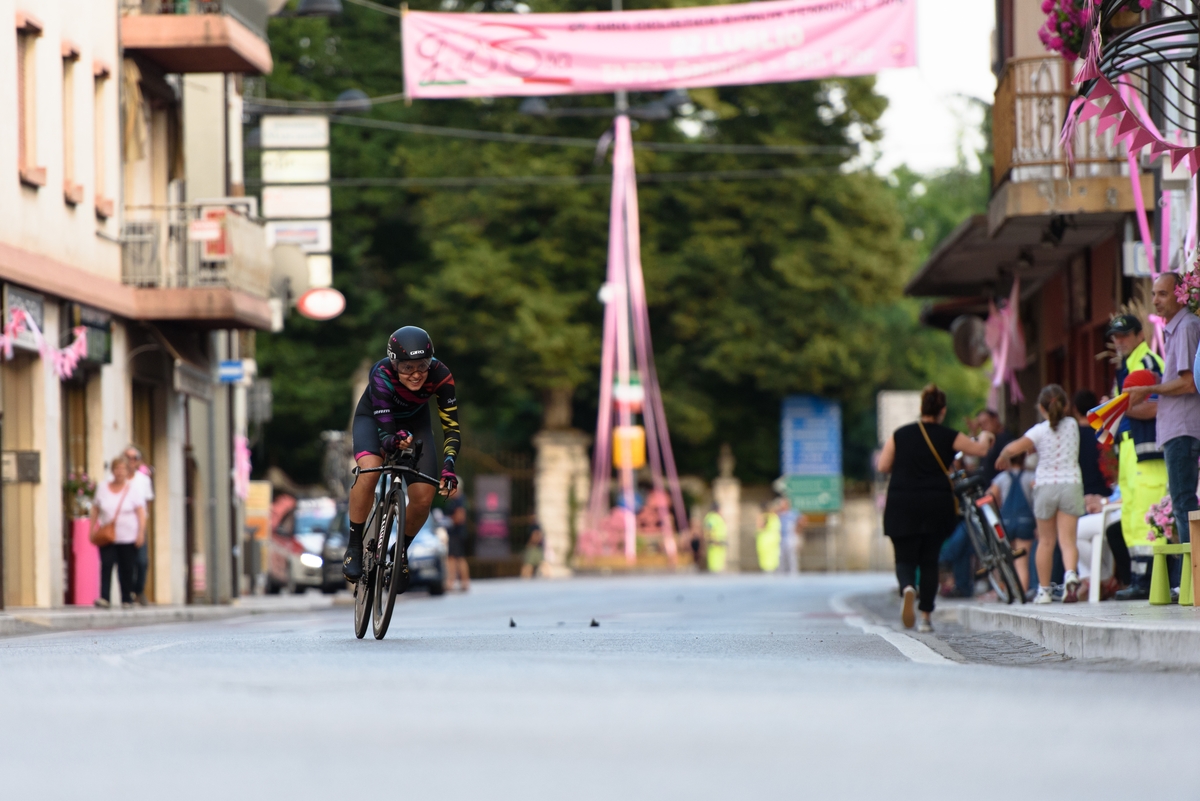 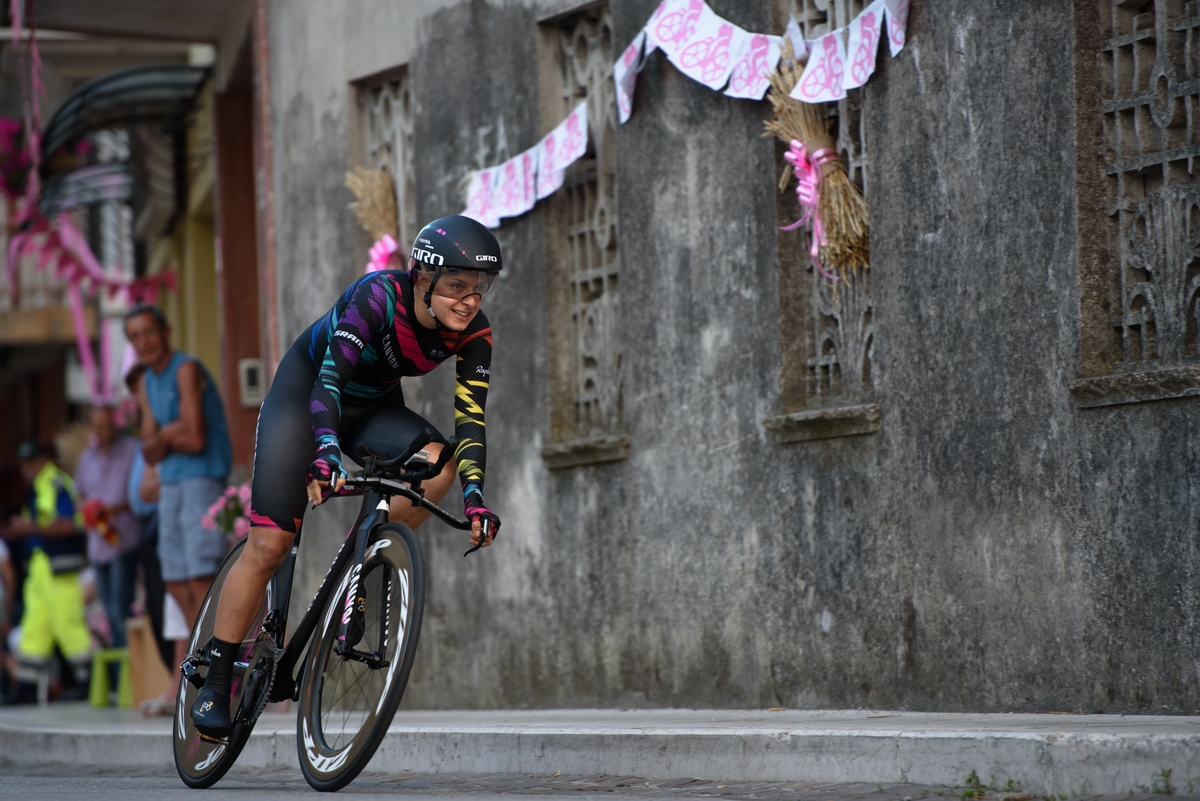 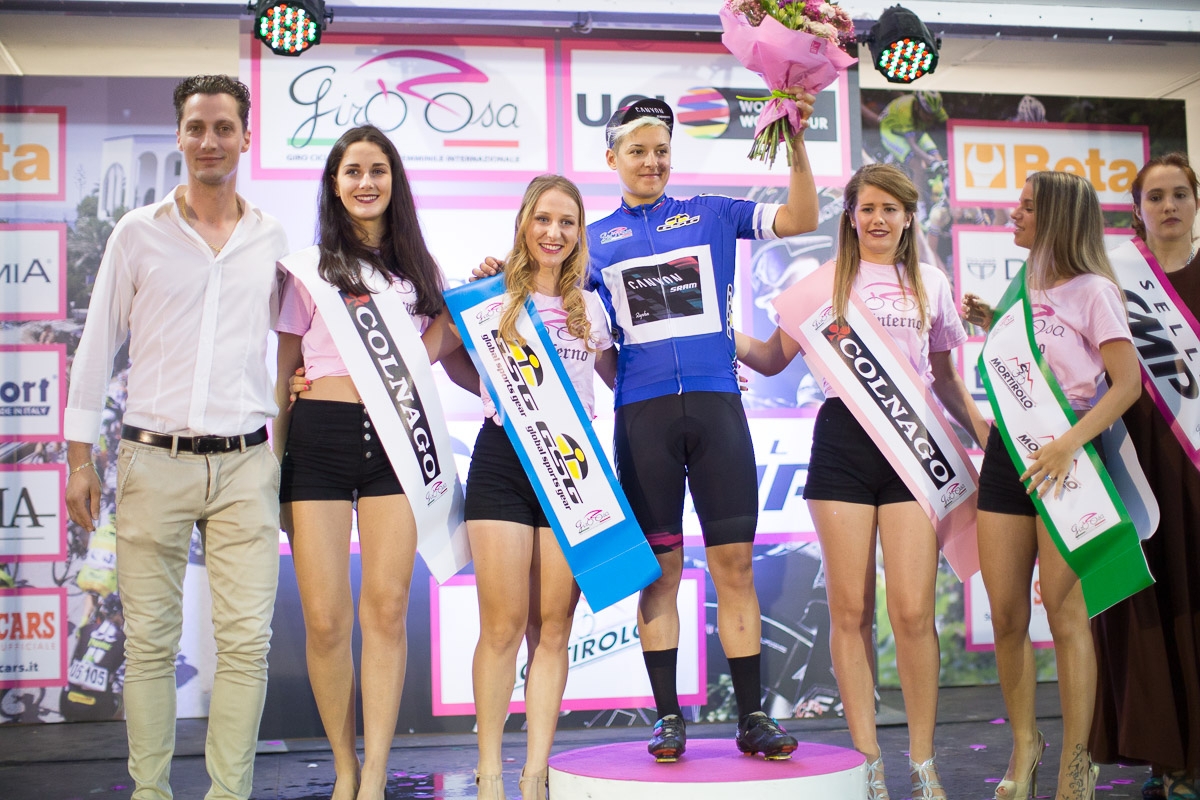 Barbara Guarischi took the Best Italian jersey after she placed ninth. “I gave everything, I lost probably half a second on the last corner! But I am feeling good and ready for the next stages!” said Guarischi.

Cromwell described the flat circuit, “It was very straight forward and not technical. It was more or less a big circle and there was only one corner at the end where you needed to brake which created an opportunity to make up time. You needed to look for the other small details that could be the difference between a second or two which is the difference between winning and losing in prologues.”

“Looking for things such as straightest lines as the road snaked in parts, avoiding the white lines across the road around the back of the course with bumps on them, avoiding bumps that cause you to lose your momentum providing it didn’t mean your line was going to be completely longer. All those things count for microseconds.”

Despite being the start of a stage race and an evening prologue Cromwell used her same warm-up routine. “I used my usual TT warm-up. It’s short and progressive to build the heart rate. Five minutes of high cadence and lower power and then progressively building power each minute for about seven minutes up to just above threshold. This also brings the heart rate up. Then two minutes recovery and finish with 3 x 6 second sprints. The key is to make sure you can get your heart rate up but this warm-up works well for me for both longer time trials and prologues.”

Stage one tomorrow is 104 kilometres from Gaiarine to San Fior, the same region as stage two from the 2015 edition. “I haven’t looked at stage one really close yet. I go day by day and today was about the prologue. I will look at it later tonight or tomorrow. According to the Italians it’s harder than it looks. It could be a slightly reduced sprint in the final with the late climb or it could stay together for a sprint with everyone being fresh. Our team atmosphere is great. Everyone is happy, fresh and ready for a good race.”

Director Sportif Ronny Lauke pointed to tomorrow’s late climb as an opportunity for surprise. “It’s a hard climb, around two kilometres long and an average of 10% gradient. It’s at 18 kilometres to go so it will be interesting to see how the peloton comes over it. We don’t have general classification ambitions and are rather going for stage wins.”