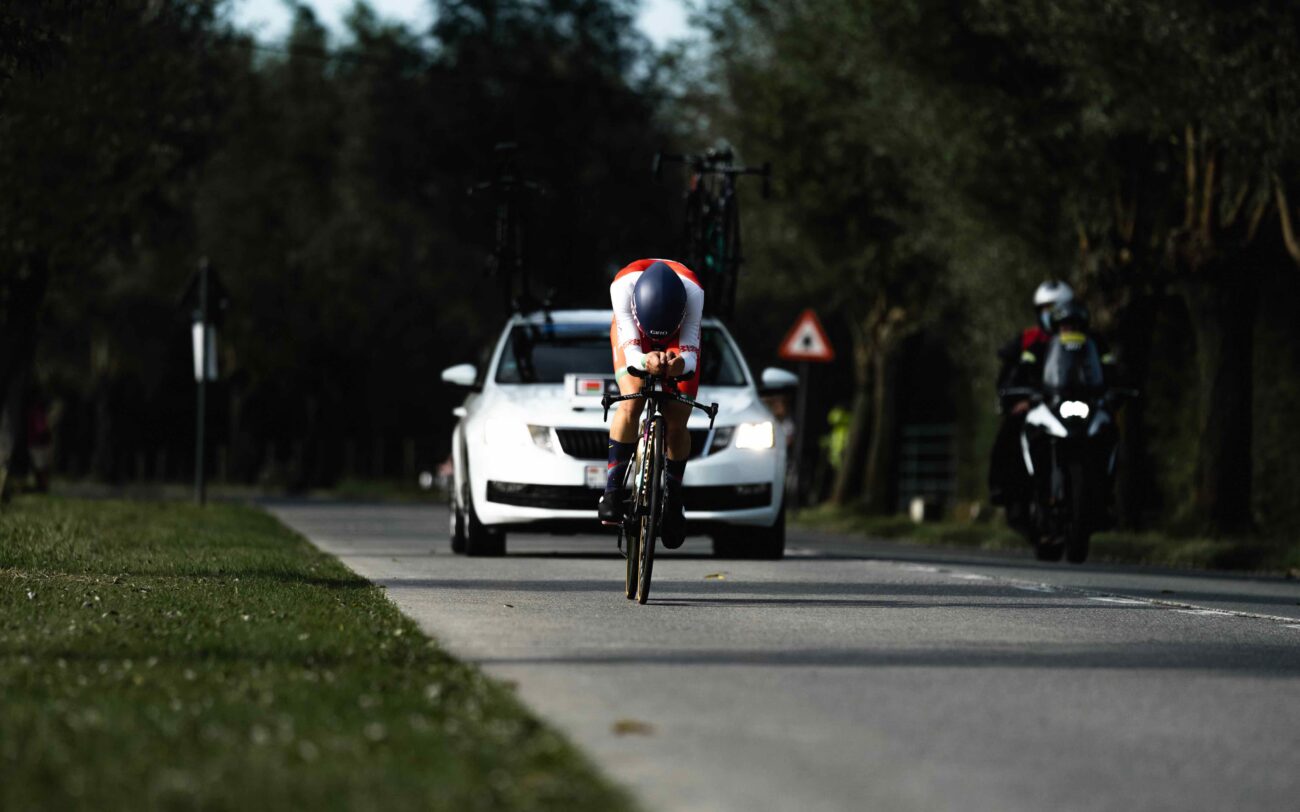 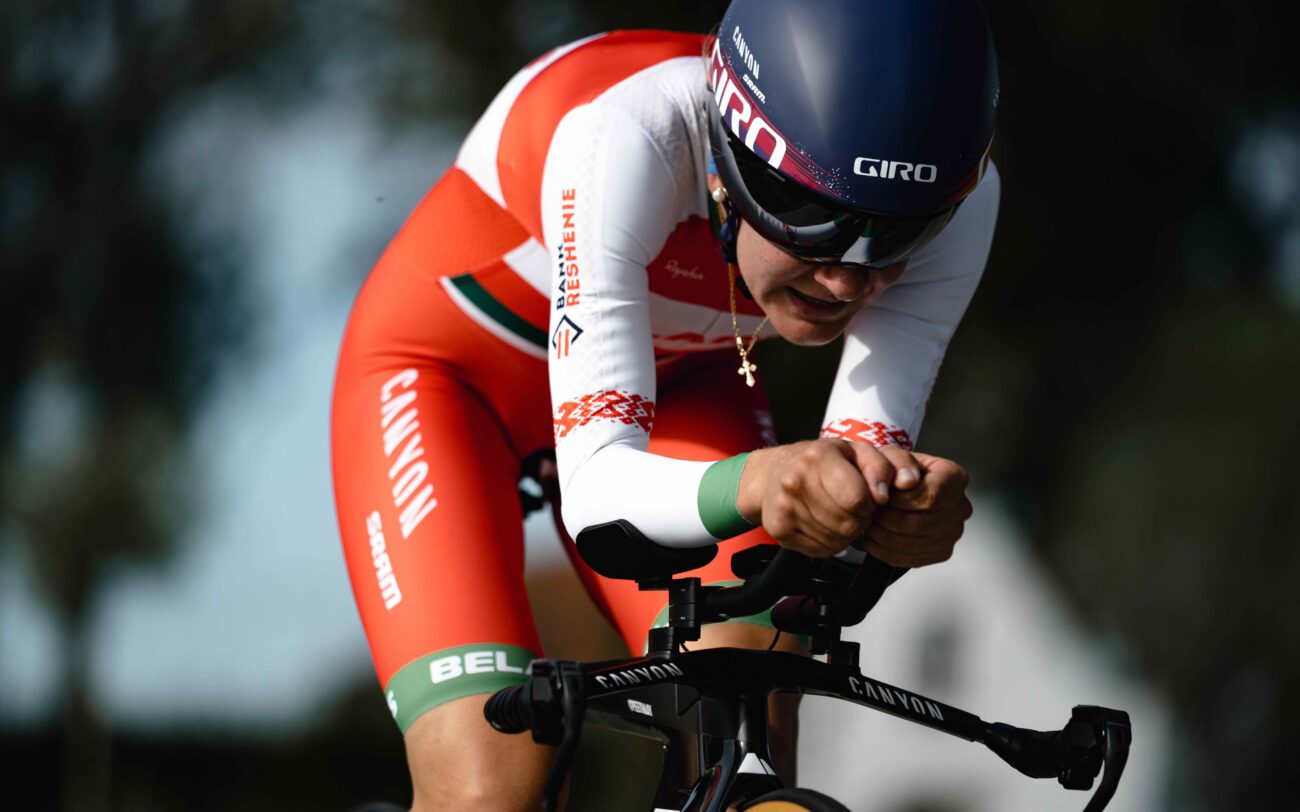 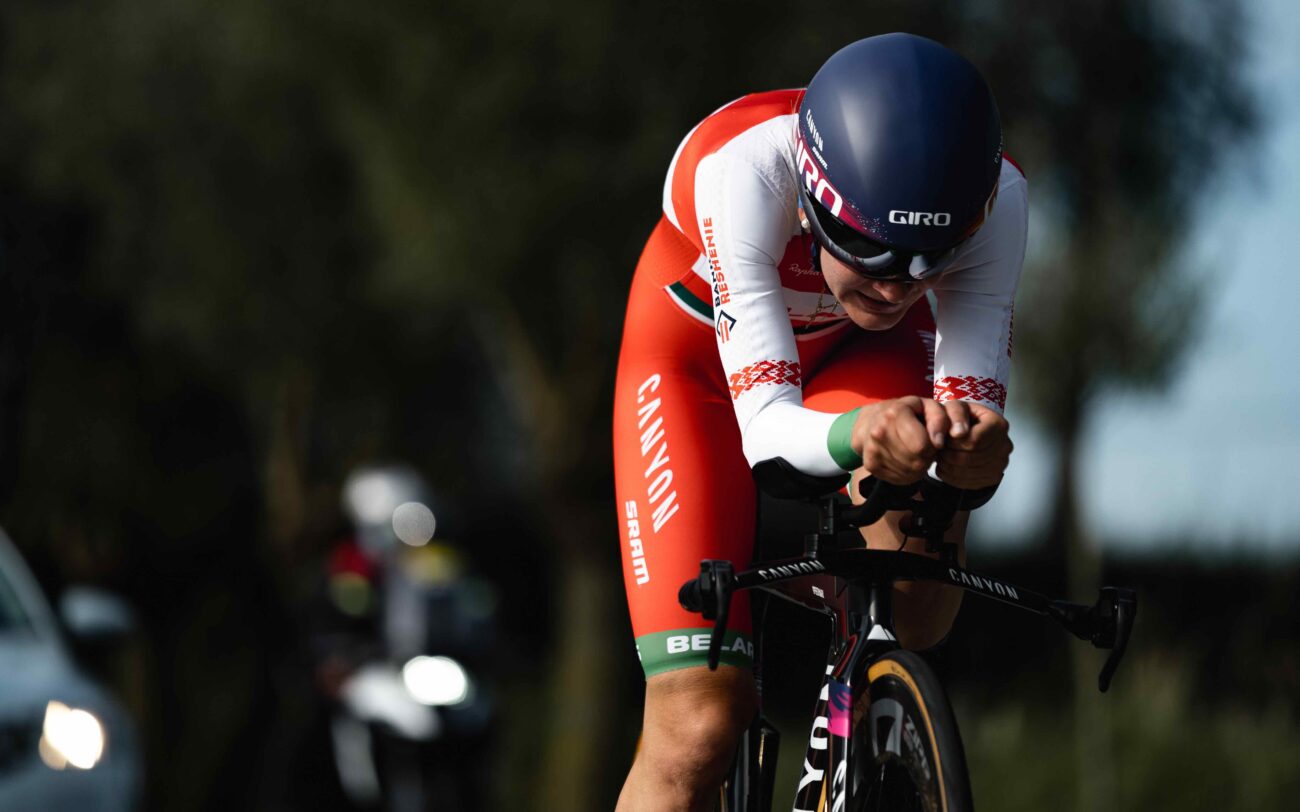 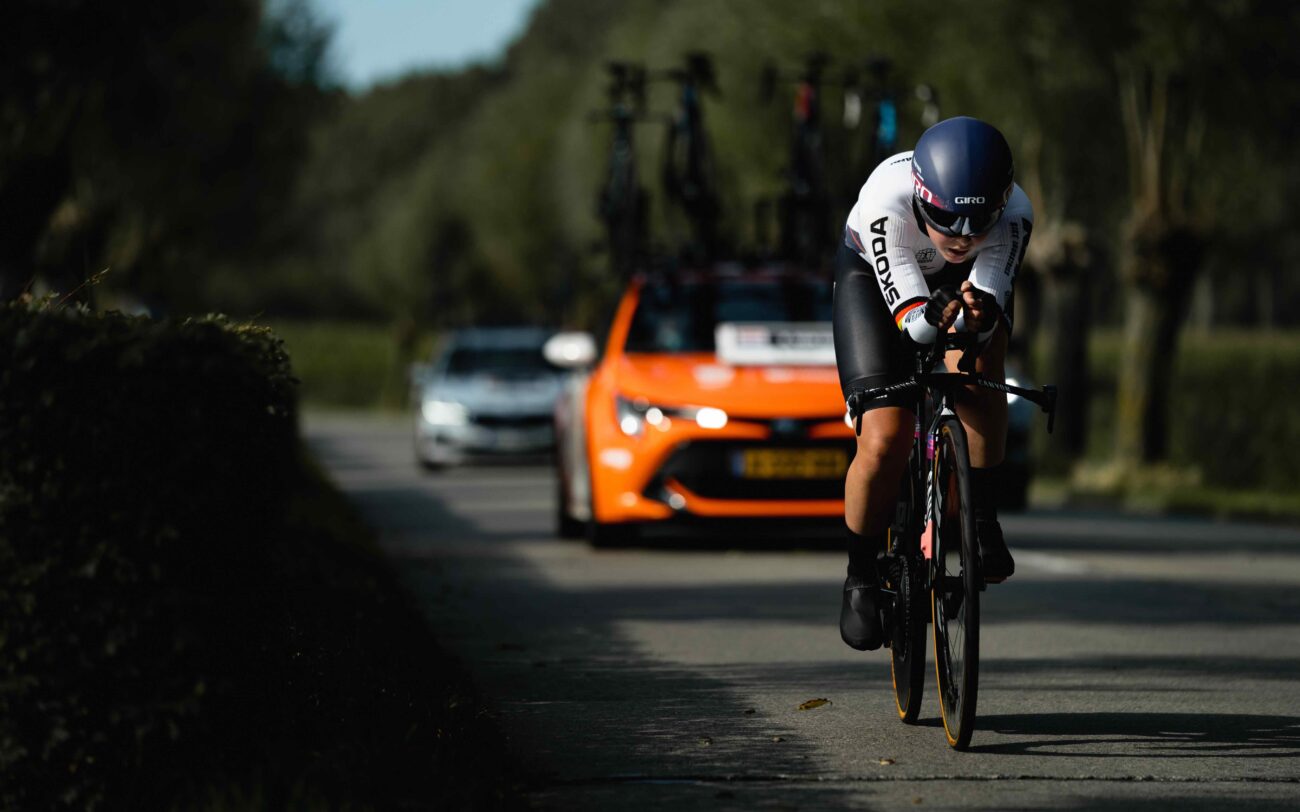 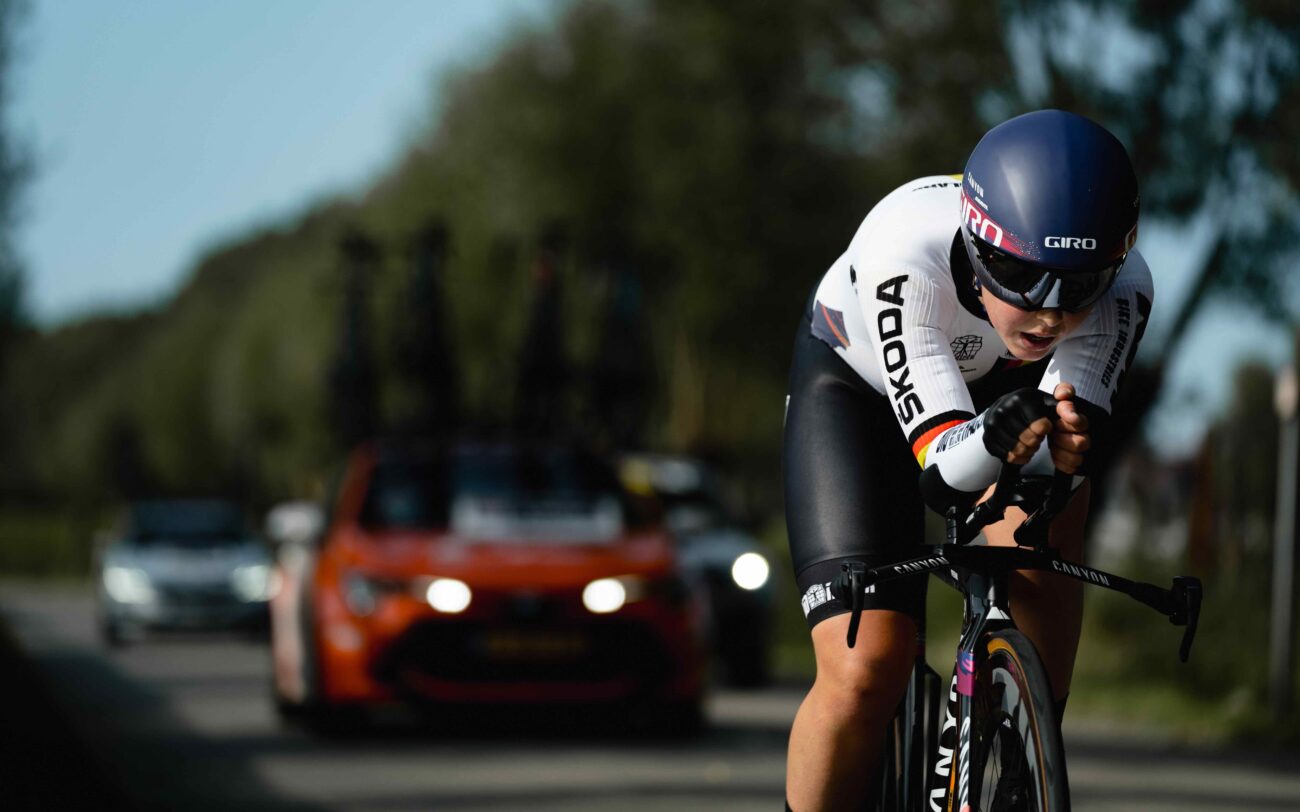 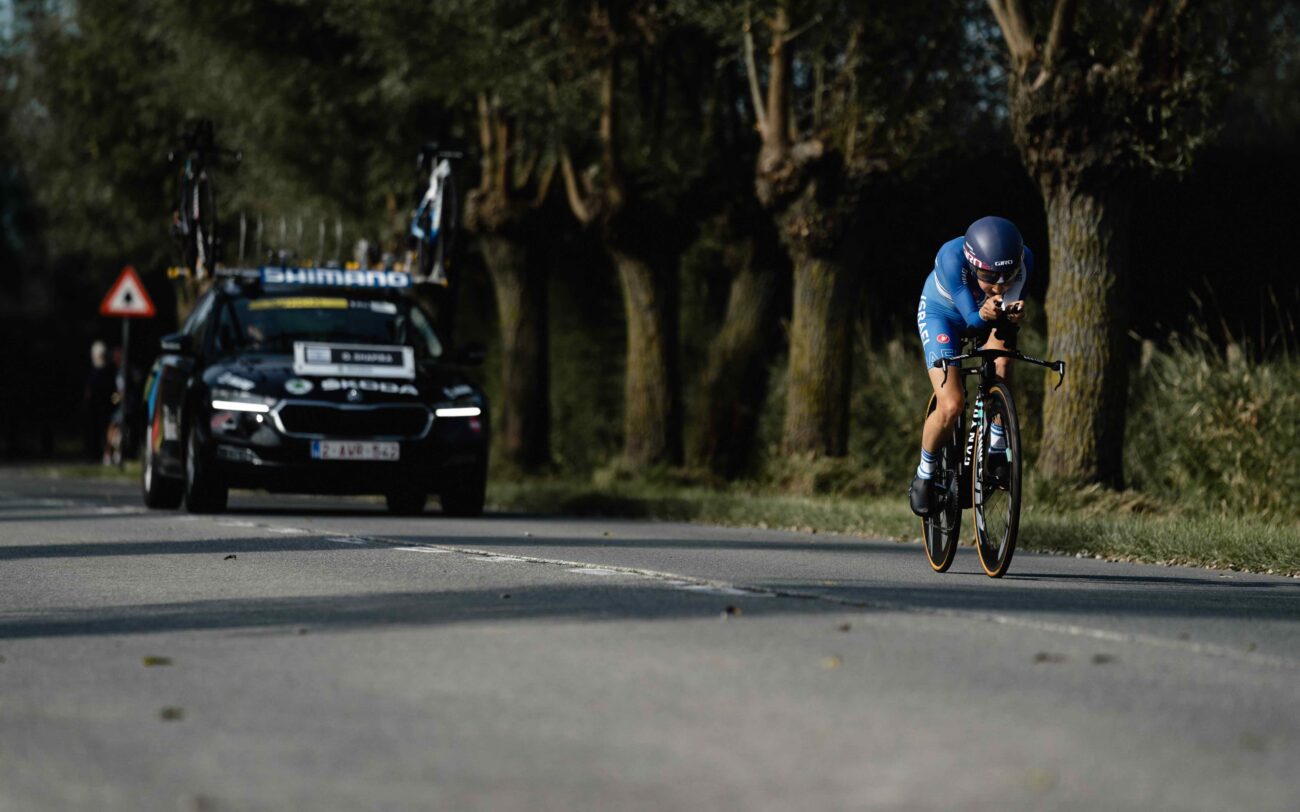 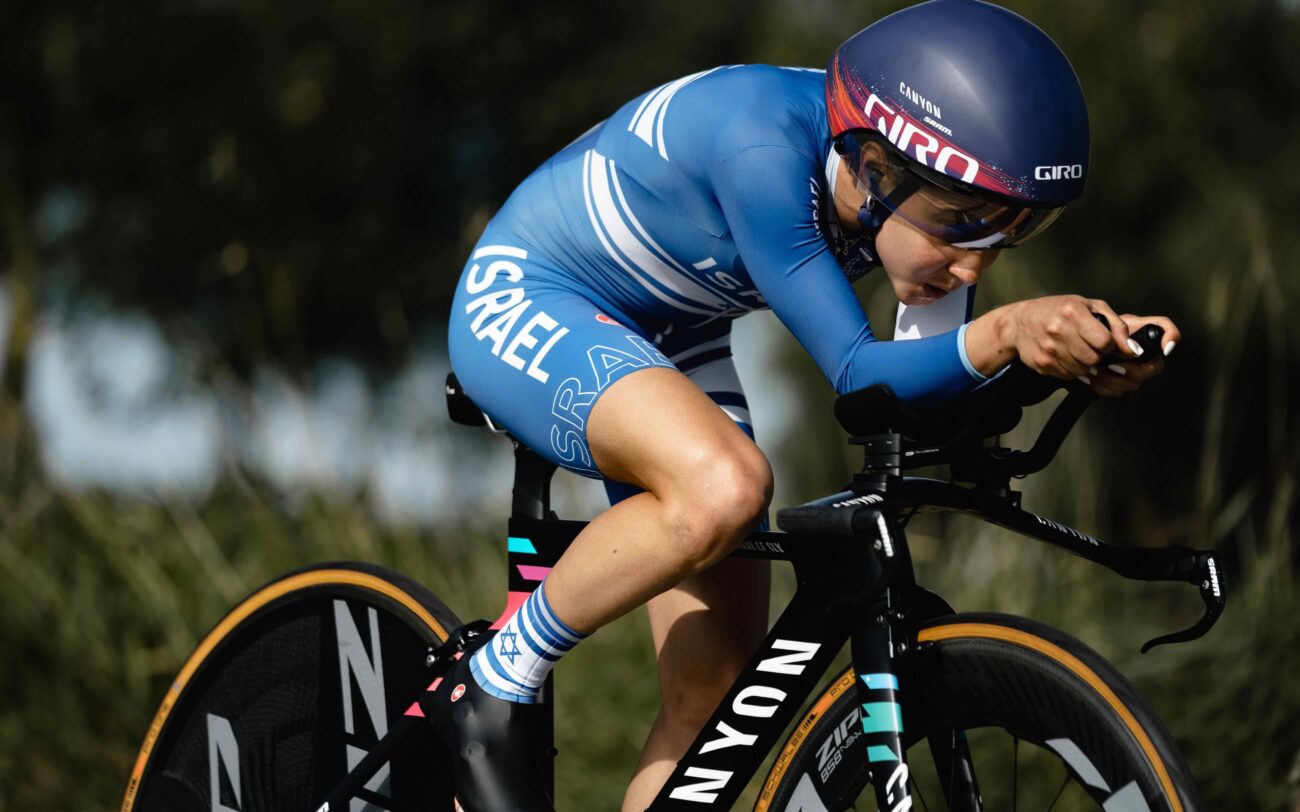 Despite having a strong second half in the flat 30km ITT, Klein was dissatisfied after the race. “I think it was a good race but the seventh place doesn’t satisfy me. I will work hard to get stronger and I need to work again on my aerodynamics. Maybe I could have gone harder in the first 10km but then I don’t know if I could have ridden such a good final,” described Lisa.

Alena Amialiusik delighted with her performance and 10th place

“I am happy with the top 10! It was my goal and I tried my best to achieve it, even if the course was not made really for my strengths. I found the positives: I love to go steady, I love to find my own rhythm. I had those in this course. I tried to hold a high speed and power for the entire course. Honestly, I enjoyed the race and I’m happy with the result!” said Alena.

Shapira less than three minutes from the podium

“I came without any expectations because I knew the course didn’t suit me. I felt really quite bad in the last few days and that I haven’t recovered from the AG Tour de la Semois last Friday and Saturday. I panicked a bit during the warm-up but decided to cover the numbers on my screen and just go for it. I’m not happy with the result but overall given how I felt in the warm-up, the result is not bad,” described Shapira.

The rainbow jersey was won by Ellen van Dijk (Netherlands) for the second time in her career. 2019 world champion and CANYON//SRAM Racing rider, Chloé Dygert did not start due to ongoing rehabilitation from her crash in the 2020 ITT world championship race. Marlen Reusser (Switzerland) took silver, with Annemiek van Vleuten (Netherlands) taking bronze.