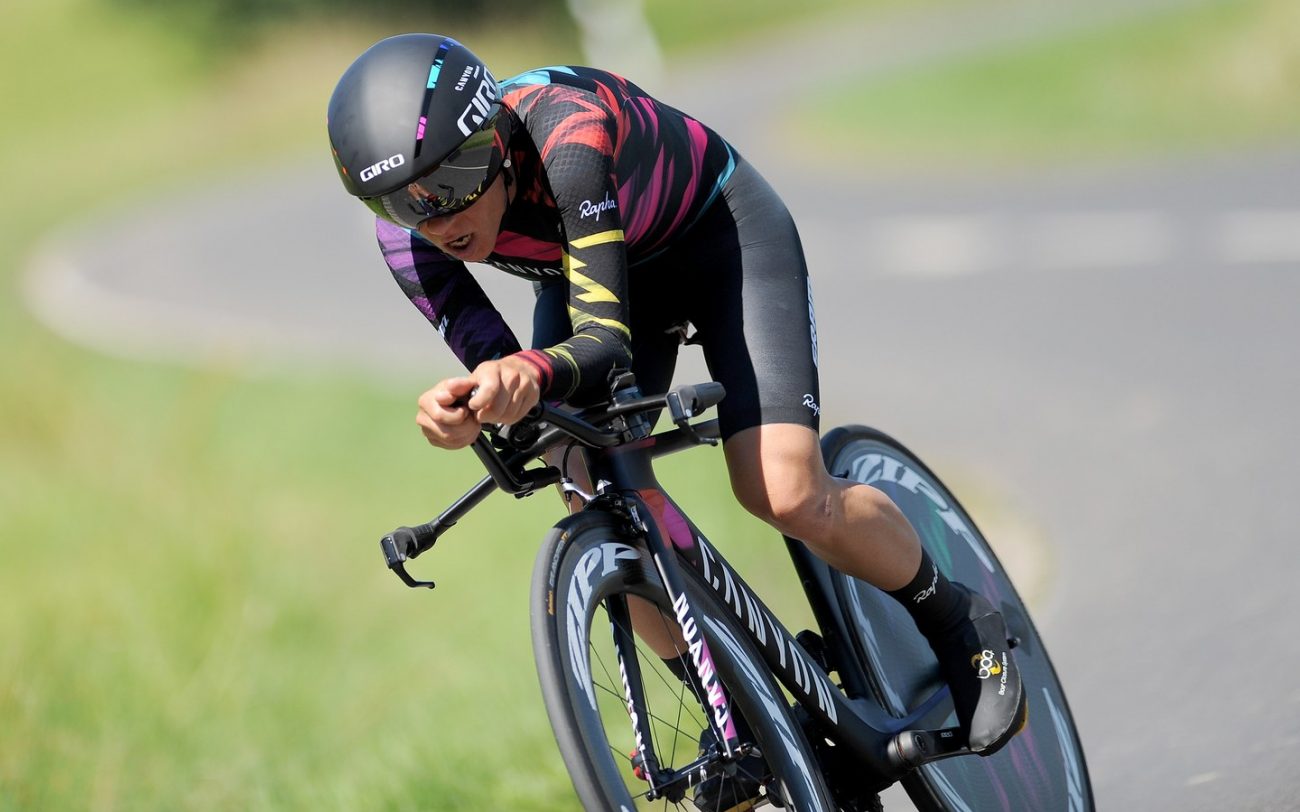 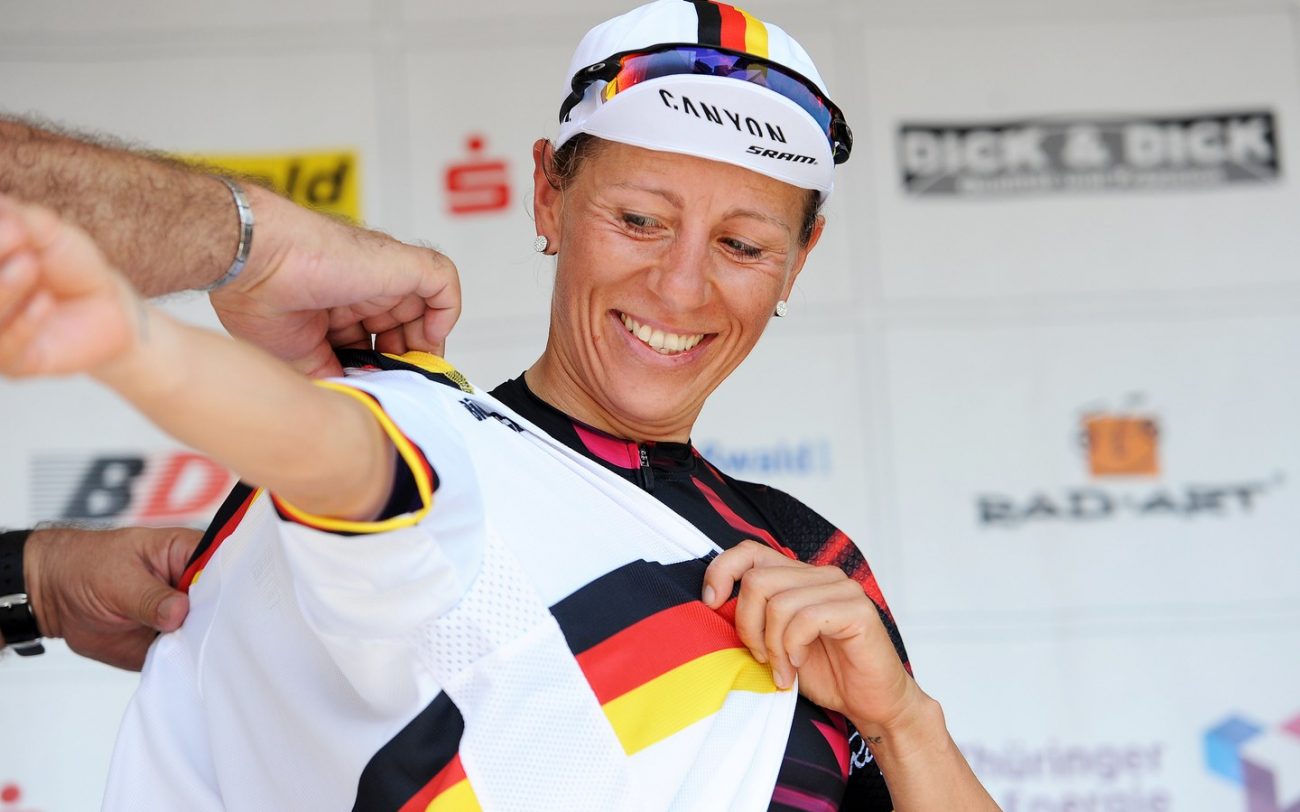 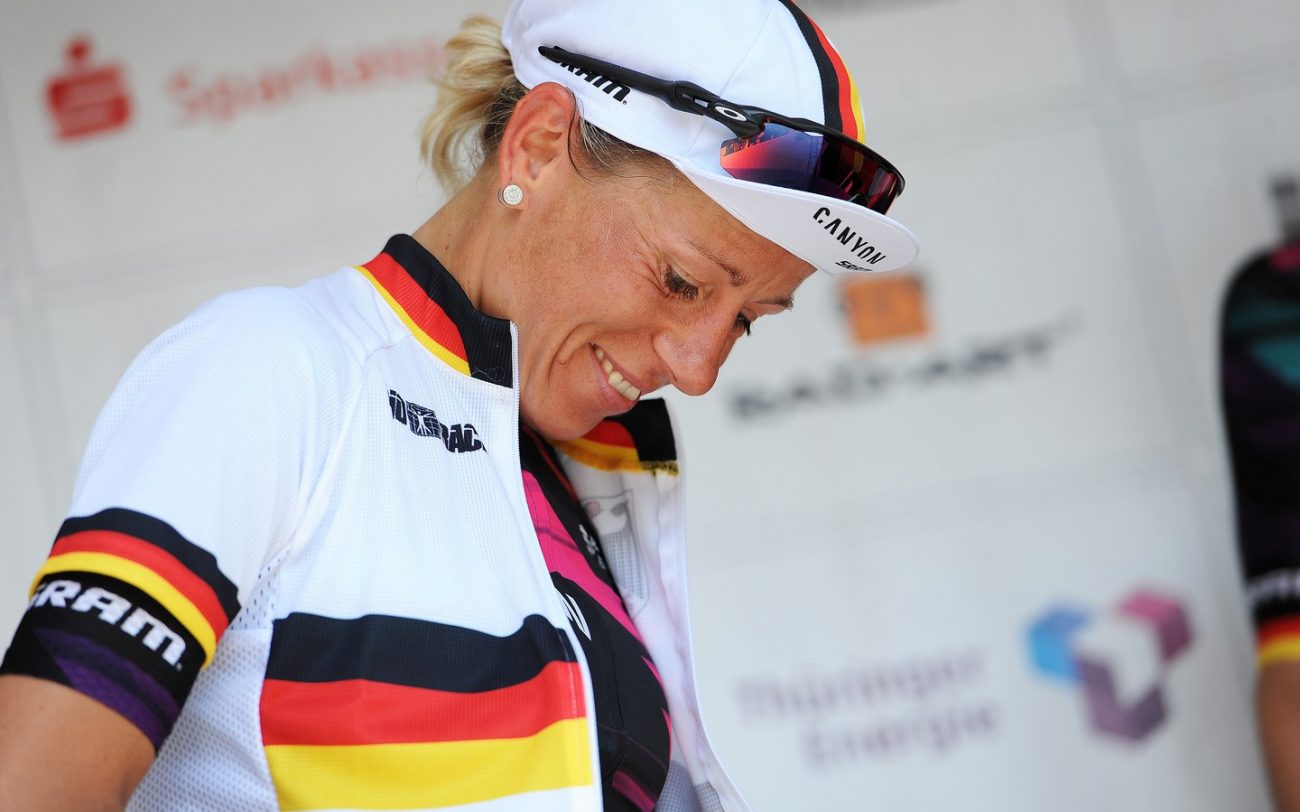 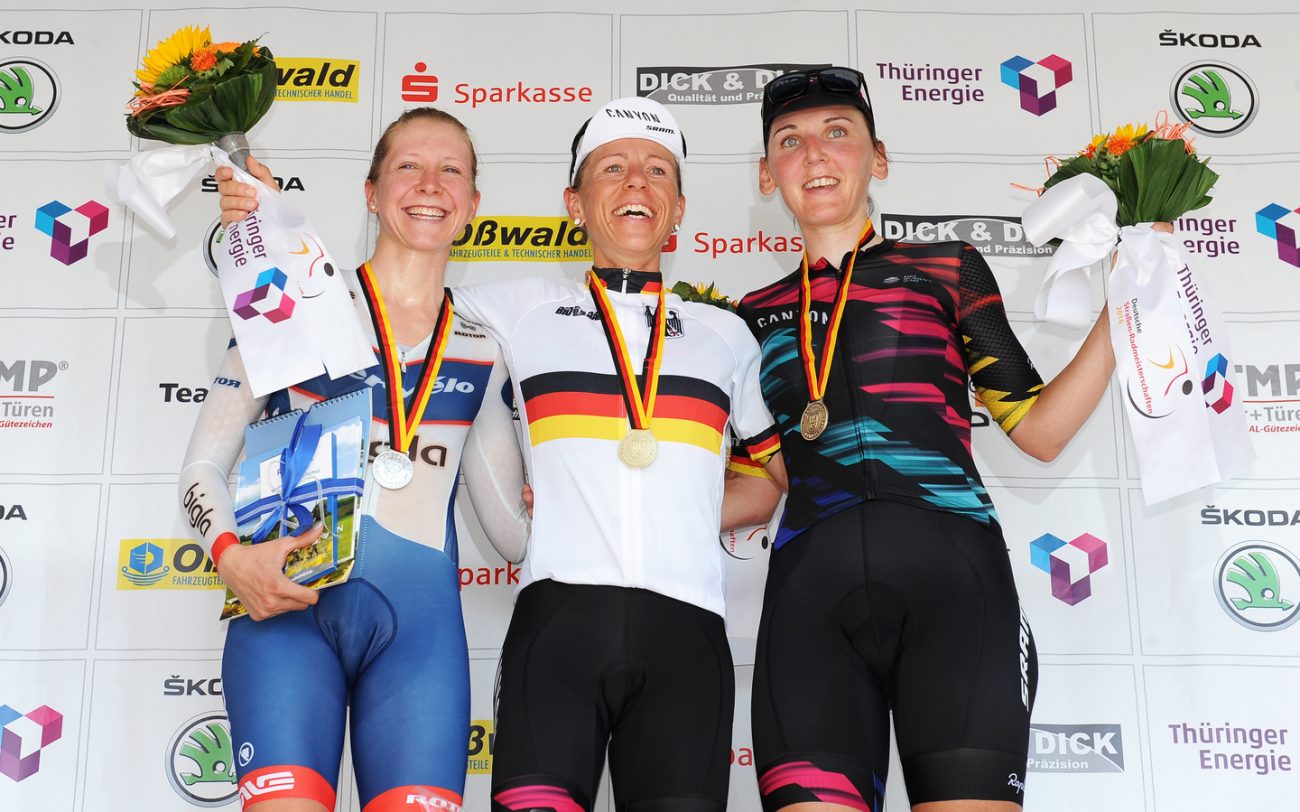 Three months ago CANYON//SRAM Racing’s Trixi Worrack had emergency surgery to remove her left kidney. Today she was crowned German individual time trial champion after she stormed around the 26.2km course in 36 minutes and 47 seconds. Worrack was 21 seconds faster than Stephanie Pohl (CBT) and 49 seconds ahead of team mate Lisa Brennauer who finished third. Last year’s winner Mieke Kröger finished fifth on the hilly course.

Following a crash at Alfredo Trofeo Binda race in Italy in March, Worrack underwent emergency surgery to remove a completely ruptured kidney. After 11 weeks of intense rehabilitation, Worrack made a return to racing at the German Auensteiner Radsporttage two-day tour on 11 June. In the first days following surgery Worrack made clear her intentions to return to racing and the 34 year old has demonstrated today she is already back to nothing less than spectacular form.

“I’m super pleased today. I saw the course once before. It was hilly with no real flat sections and at the end a harder climb.” said Worrack. “Mieke (Kröger), Lisa (Brennauer) and I all started one after the other, so I had Alex Bauer and Erik Zabel in the car following me. I wasn’t sure really how hard to go at the start of the race. Because of my long break from racing I didn’t know how long I could sustain the power for in a time trial for 26km.”

Winner of the ITT national title in 2009 Worrack now looks forward to continuing her preparations for the remainder of the 2016 season, including an eye on selection for the Rio Olympics. “I am really happy with the win. I thought before today that if I had a good race I would make the podium. But I have recovered well since my first race back two weeks ago and now I’m looking forward to a proper race program.”

Worrack’s team mate, Elena Cecchini finished an impressive fourth place in the Italian ITT championships on 22 June. Cecchini was just off the podium and not far behind the winner Elisa Longo Borghini (WHT). “I’m really pleased with my ITT. I never did such a good result in an ITT before so it was a little bit unexpected. I missed the podium for third by less than one second and this hurts a little! But I was only 23 seconds behind Elisa who at the moment is in very top form.”

Since joining CANYON//SRAM Racing Cecchini said the time trial has become more of a focus. “Everyone involved with the team deeply loves the time trial, so I have started loving it too. I think this is the main thing to be a good time trialist. Loving it and understanding aerodynamics. Oh, and suffering a bit of pain too!”

In Belarus, Alena Amialiusik has handed over her time trial champion jersey to Tatsiana Sharakova in yesterday’s race. “I have been unwell since the weekend and really suffered yesterday. It’s not an excuse, it’s just the way it is, and I am disappointed that I couldn’t take the win. Now I just need to recover properly and I look forward to being in better shape for my next race.”

At the British championships yesterday in Stockton-On-Tees Hannah Barnes finished in fifth place behind winner Hayley Simmonds. “The course was wide on a dual carriageway with very little elevation. It was unforgiving because there was no chance for the slightest recovery. I am happy with the result. I loved the Speedmax bike! Compared to last year’s result and times I am closer to the podium and the winner. I believe that next year a podium spot is a reasonable goal,” said Barnes.

Six CANYON//SRAM Racing riders will line up in their respective national road races over the weekend including Trixi Worrack, Mieke Kröger and Lisa Brennauer in Erfurt (Germany), Elena Cecchini and Barbara Guarischi in Darfo Boario Terme (Italy) and Hannah Barnes in Stockton-On-Tees (England).