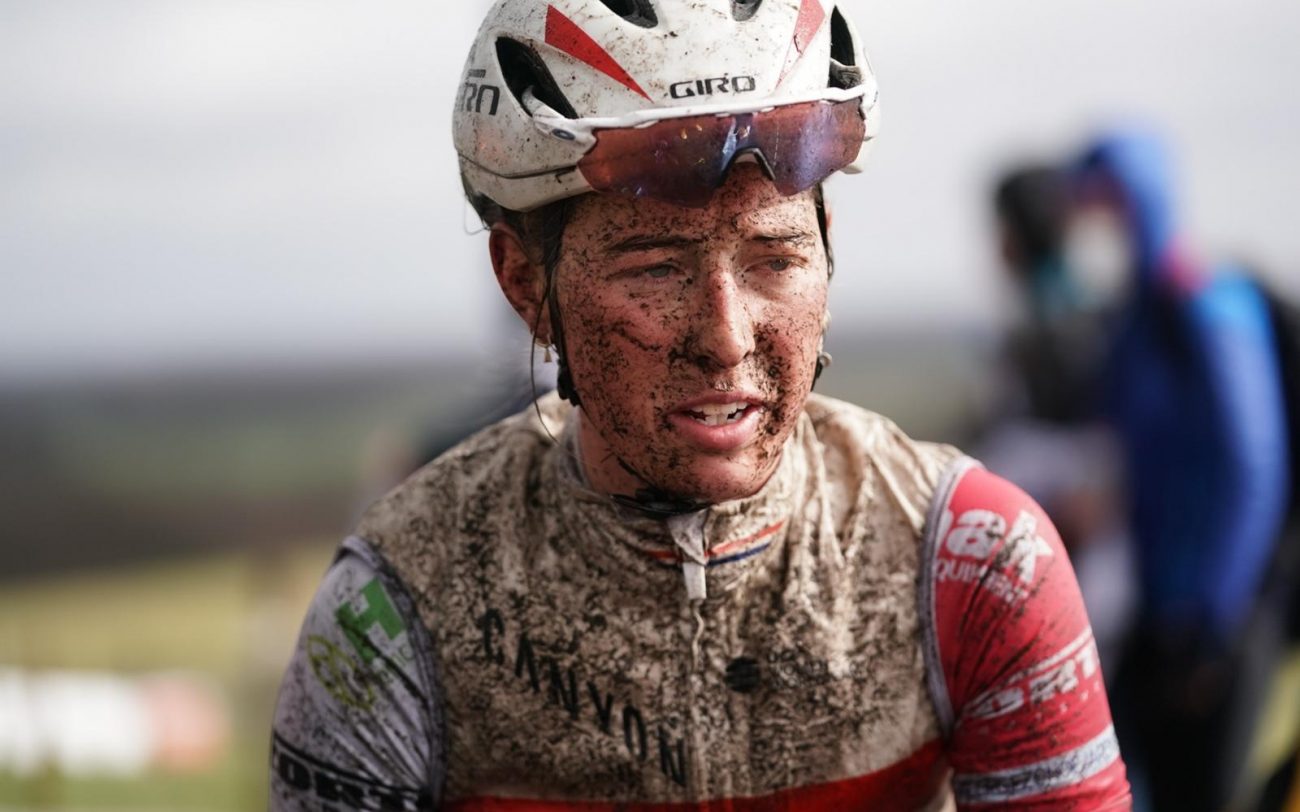 It was an exciting finale to the three-day Healthy Ageing Tour today on the Col du VAM stage in The Netherlands. After two dominant attacks in the final 30 kilometres Lisa Klein finished fifth on the stage and seventh in the general classification. Her CANYON//SRAM Racing teammate Alice Barnes placed seventh on the stage and eight in the overall. The tour was won by Ellen van Dijk (TFS).

“I attacked with around 30 kilometres to go to put the other teams under pressure and hopefully set up Elise (Chabbey). It also meant I could go my own pace over the climb,” explained Lisa.

“I really felt on fire today! I was so motivated to fight for my teammates and staff. I loved racing as one unit and giving each other confidence this week. Personally, I’m happy to see that I’m able to go over these short, steep climbs like today, and I could fight all the way to the finish line with my second attack. We didn’t get a podium today but we raced well!”

“Going into the stage our team was really motivated to be active. The first move with some big GC names went early and we were not in, but once we looked at who was in the move and saw Norsgaard (MOV) was a threat to van Dijk’s GC lead, we decided to not bridge into a headwind and wait for the breakaway to come back,” described Alice.

“Elise was racing strong and we were happy to have four riders in the final when the peloton was small. My legs felt really good today even over the VAMberg each time. I had some cramps in the last laps and I’m quite frustrated that I didn’t get to give it everything in the final. Fortunately we don’t have long to wait for the next race,” said Barnes who will race again with the team on Sunday 14 March.

Read the reactions of the rest of the CANYON//SRAM Racing riders below.

“I’m pleased with the tour overall because I felt like I slowly found my rhythm and it came back in full force today. I’m proud of my teammates today. We were strong, communicated well, and had numbers in the front. There was a miscommunication about the lone rider off the front, but Lisa’s final move was courageous. I’m so proud of her for taking a chance on herself and holding on to a good finishing position.”

“Overall for the tour I feel like there is room to improve, but it‘s good to start the season and I‘m looking forward to the next races. I liked the spirit of the team and how the team worked together.”

“I’m disappointed with my own race today and I hoped I was in a better place for the start of the season. The team did an amazing job and the team spirit and commitment was so good.”

“Surprisingly, the flat sprint stage was probably my best day in the tour. There, I did one step forward in terms of being able to help my teammates also in the flat, and they gave me some good feedback. I would have preferred to finish the tour on a better note today but it’s motivated me more for the future.”

“I think today we really raced aggressively as a team and we really had good numbers. I’m just really disappointed because I had such good legs today and I could follow van Dijk’s attack and then we were eight riders in the front. Soon after this I completely froze and after another group joined us and I couldn’t do anything. I had a mild hypothermia and couldn’t feel my hands or change gears anymore. I’m just really happy that Alice and Lisa were on fire today and at the end we showed that we are a team to count with.”

“Apart from today’s great stage, my standout moment of the tour was when our team staff Lars literally carried me out of the presentation room to bring me to the car, because I was so cold after the stage! It took some time to warm up again but I’m feeling okay now.”