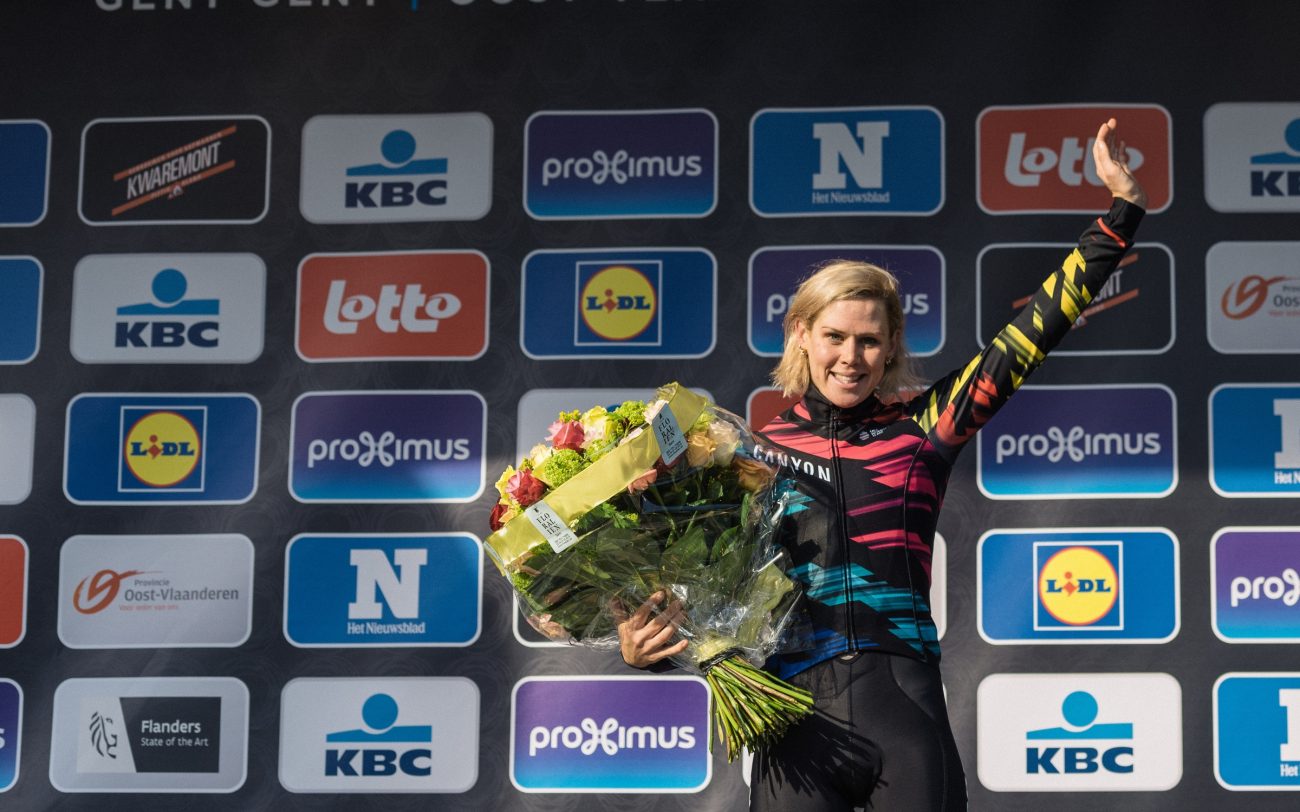 The Australian rider was second in the reduced bunch sprint behind Chantal Blaak (DLT) while Lizzie Armistead won the race solo (DLT). The peloton was largely together until 60 kilometres into the race when the Côte de Trieu, followed quickly by the Paterberg caused several splits. It was CANYON//SRAM Racing’s young American rider Alexis Ryan who showed her strength as she made the select front group over the iconic Paterberg.

Several groups came together before the final cobbled climb of Molenberg. Armistead found herself in front alone for the last twenty kilometres after attacking and dropping Gracie Elvin (GEW) who she claimed was not working in their two-up break. While Armistead went solo to the line, Lisa Brennauer and Alexis Ryan worked to bring Cromwell into a position for the final.

Cromwell said it took her some time to get into the race. “The team was always there and around me. It was their support and confidence that helped me get through the early part of the race. Over the Côte de Trieu I really had to dig deep to stay there. But I was super motivated and I think this, plus with the team’s work, I was able to be there in the end. I was getting pretty nervous in the final for the sprint after Lisa and Alexis had worked really hard to try to bring us back to Armistead and Elvin who were up the road. I didn’t want to let the team down and I wanted to give the best sprint possible. It was a bit messy but the final suited me, at the end of a tough race and with a slight drag uphill. I’m really happy to be on the podium and it’s a great start to our Europe races. It’s just the beginning for the team.”

Directeur Sportif Ronny Lauke was pleased with the team’s start to the European races. “They raced well together. They brought Tiff to the podium. I think everything is right for the first races in Belgium here and we can take that as a good start to the European races. It will only become better with the way that they have raced and performed today. I’m very happy.”