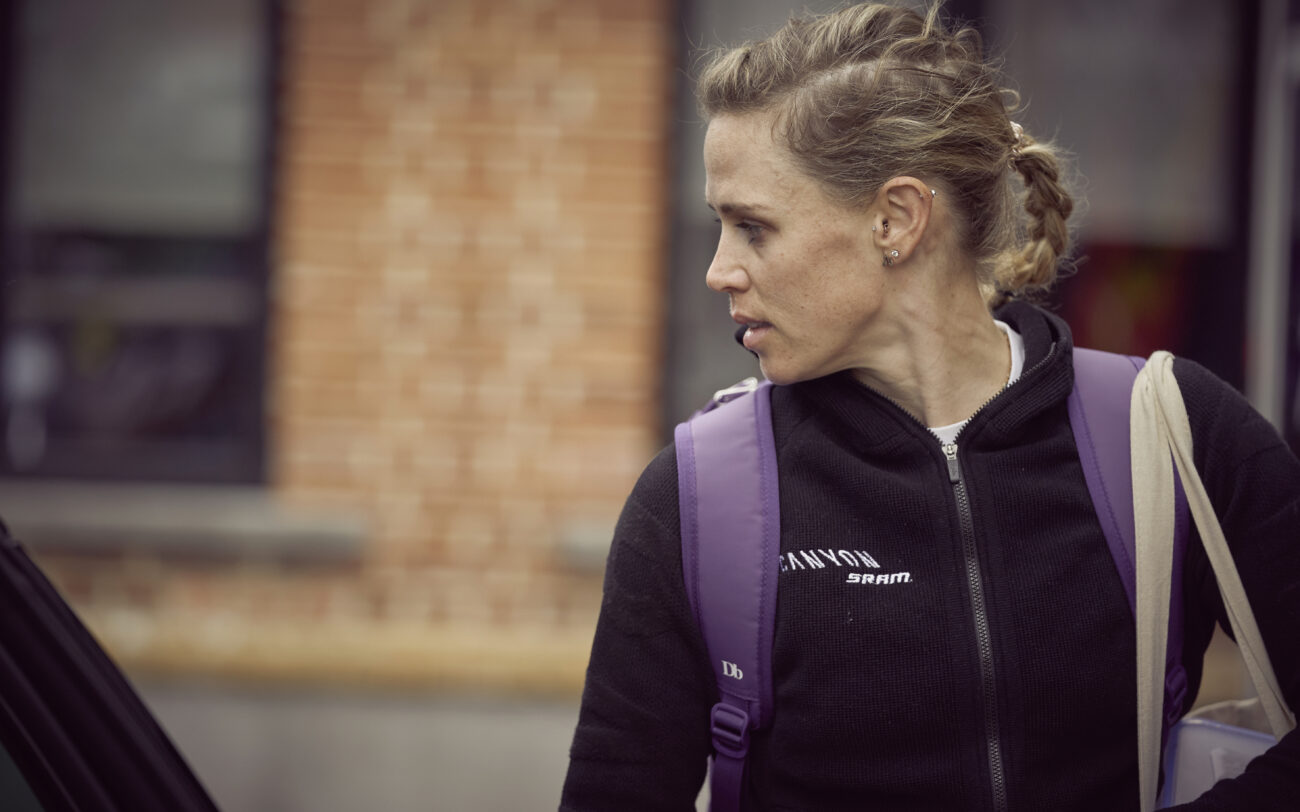 TIFFANY CROMWELL EXTENDS FOR 2 YEARS WITH THE TEAM

We announce Tiffany Cromwell has extended her contract with the team, inking a new deal for another two years through to the end of 2023.

The Australian rider enjoyed a return to form this season, confirmed by her selection to represent Australia at the Tokyo Olympics. Following a lengthy contract negotiation last winter, Tiffany and the team took a fresh approach in 2021, adding gravel racing to her contract. One that paid dividends for CANYON//SRAM Racing’s unofficial road captain.

“There are many positives I can take away from my 2021 season. I performed strongly in many races, was a teammate that could be relied upon consistently, regained my climbing strength, and finally achieved a career goal of competing at the Olympics for Australia. My season’s been extremely satisfying,” explains Tiffany.

Though Tiffany herself admits she didn’t achieve a win, she was an important player in the team’s successes.

“My personal results sheet doesn’t paint the whole picture. No podiums or victories on the road and only a couple of top 10’s. But I was happy to be back racing at the front of many of the hardest races, often being the last support rider for our leader,” says Tiffany who will look to build on the confidence gained this year.

“There were a few occasions where I was given a leader’s role and that gave me a lot of confidence. I am striving to not only be a strong and supportive teammate but also get results for the team. It’s taken a long time, but I now have a good balance in life. I have more stability and a better headspace. Adding in some gravel racing created more fun, but importantly it added to my performances in road races. Despite only ending up doing a handful of gravel races, I enjoyed it. They were physically tough but mentally rewarding, and it was a nice bonus to get a podium in one of the gravel races too.”

Going into her seventh season with CANYON//SRAM Racing, Tiffany is only one of two remaining riders who started with the team in its inaugural year in 2016.

“I’ve been working with Ronny (Lauke) and some of the team staff even longer than 2016. Obviously, there’s something there that is keeping us together. For me, we’re a weird kind of multi-nationality family that has a special bond. It’s a team where I feel comfortable to be myself and a team I’ve grown with as a person,” describes Cromwell who points to several reasons why she has continued at the team.

“Initially I struggled to take on the team captain role but now I embrace it. I enjoy being able to share my knowledge and experience with the team, especially the younger riders. To guide and help them avoid making some of the same mistakes I did as a younger rider.”

“I love the relationship that our team has with its partners. We’re supported with the best equipment but those same partners want to grow our sport and help inspire others to follow the sport or the riders. The team is continually learning and looking at ways of how they can do better and always looking at ways to push the boundaries to help evolve the sport. Then, the team has always been great in supporting me as an individual, putting the hard words on me when they’ve seen I was distracted and drifting off. But at the same time, giving freedom and flexibility to allow my personality to be the way it is. It’s a team that understands me and one that I enjoy being a part of and feels like the best fit the ticks all the right boxes.”

Tiffany explains that the team’s expansion to include a long-term diversity and inclusion program, and the addition of a new Continental Team has strengthened her opinion of the team and her willingness to commit to a contract extension.

“The team has tackled its D&I program head-on. After the first few sessions of training, I think many of us realised we have a lot to learn about the current issues facing the world. From things like learning about more inclusive language to learning more about each team member and how to use our different personalities and skills to work better together. Creating a development Conti team is huge for women’s cycling. There is such a large jump from juniors to the elite and World Tour ranks, and this will help. But even more so, the team believes it will help riders who have far more challenging pathways to try and enter the world of professional cycling. Riders from smaller or non-dominant cycling nations and riders from countries that have no pathway to get to Europe to race will have now an opportunity to race over here. I love that the team is helping create these new pathways and I hope other teams follow too.”

Asked if she would continue her career beyond 2023, Tiffany said she keeps changing her mind on that decision.

“I haven’t decided 100% yet. Women’s cycling is in such an exciting place right now, it’s growing rapidly and there are so many new opportunities within the sport. Initially, I had plans to stop at the end of 2022 with the world championships in Australia. But then the team offered me a contract until the end of 2023. Part of me thinks if I go that far I could aim for the 2024 Paris Olympics. At the end of the day, as long as I’m still enjoying the sport and a team wants me then I’ll keep doing it. The moment I stop enjoying is the moment to stop. Now, I feel strong, I enjoy my work and I am passionate about getting results. So let’s see,” adds Tiffany.

After a successful first year combining both road and gravel racing, Tiffany plans to continue with the same approach into 2022.

“I still like the idea of having a gravel program combined with my road program. I have a number of goals on the road and want to be racing the biggest races, but at the same time gravel is a good discipline to help build additional strength for the road. With a world series and world championships for gravel to be introduced, it’s only going to get bigger. After having a taste of gravel this year I now have a better idea what gravel races will work well with my road schedule.”

“My road targets will start with the spring classics. After my first attempt at Paris-Roubaix Femmes, I would like another crack. I may not necessarily have the brut power for it, but I do have the skill set for it. Like everyone, after seeing the Tour de France Femmes avec Zwift route announcement, I would love to be racing there with the team. As an Australian, we have the Commonwealth Games next year, but also the road world championships in Australia so that will be an end of season target. Having success with the team during the season will mean those targets fall into place.”

Tiffany will have her final race of the season at this weekend’s Belgian Waffle Ride in Kansas, USA before starting her end of season break.