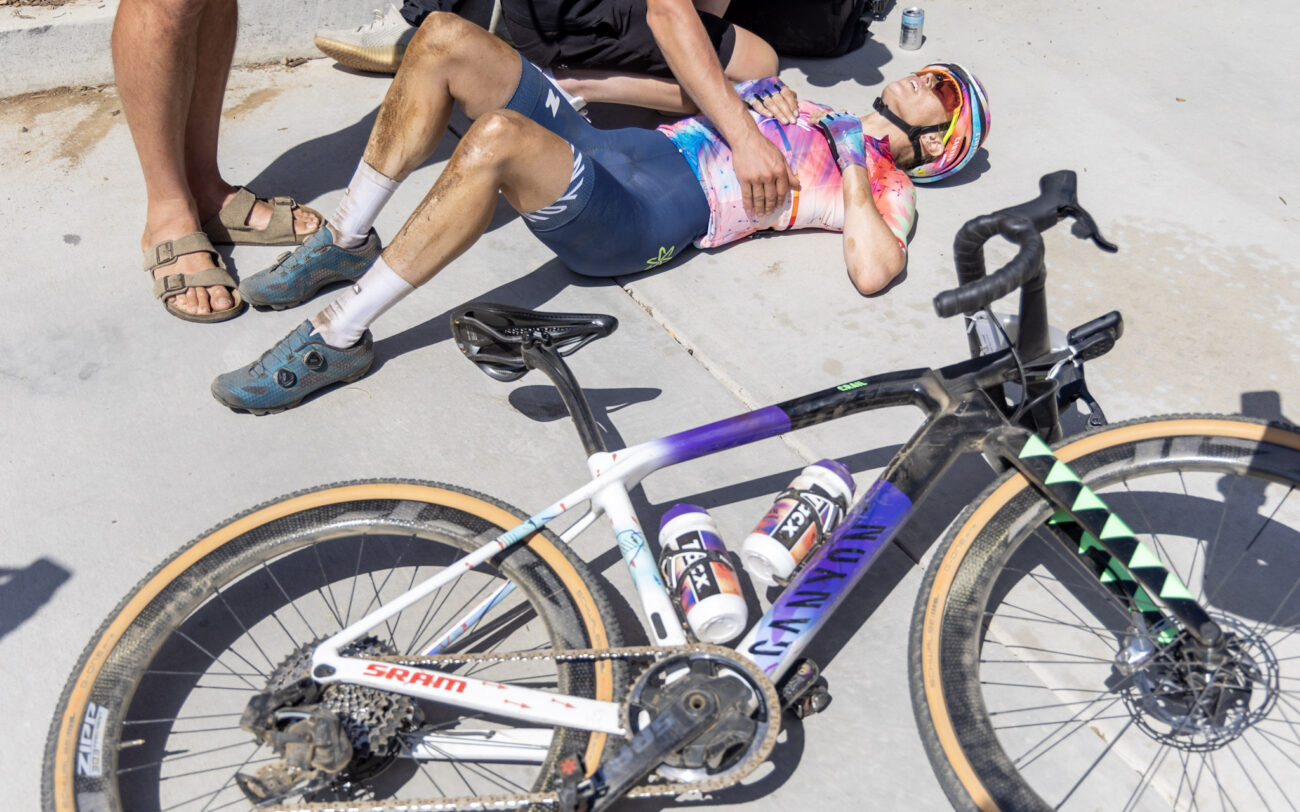 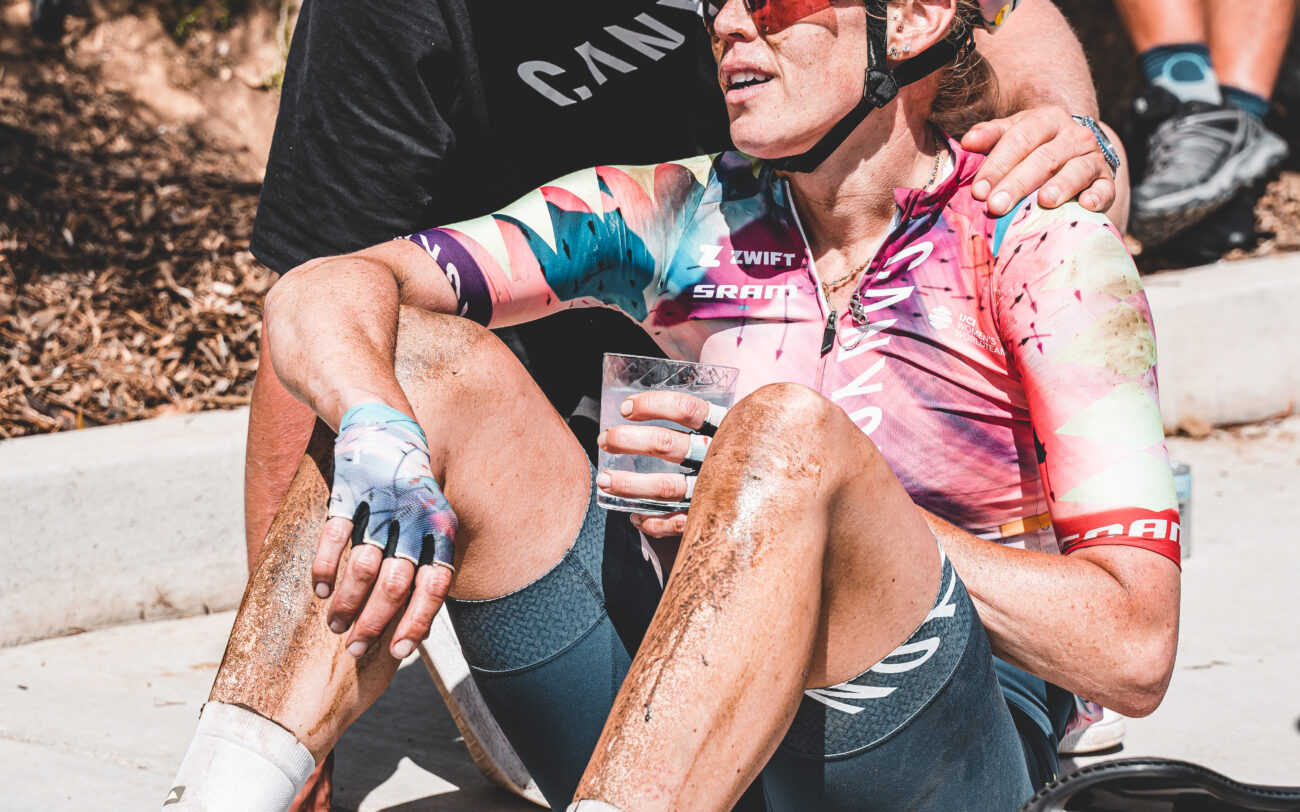 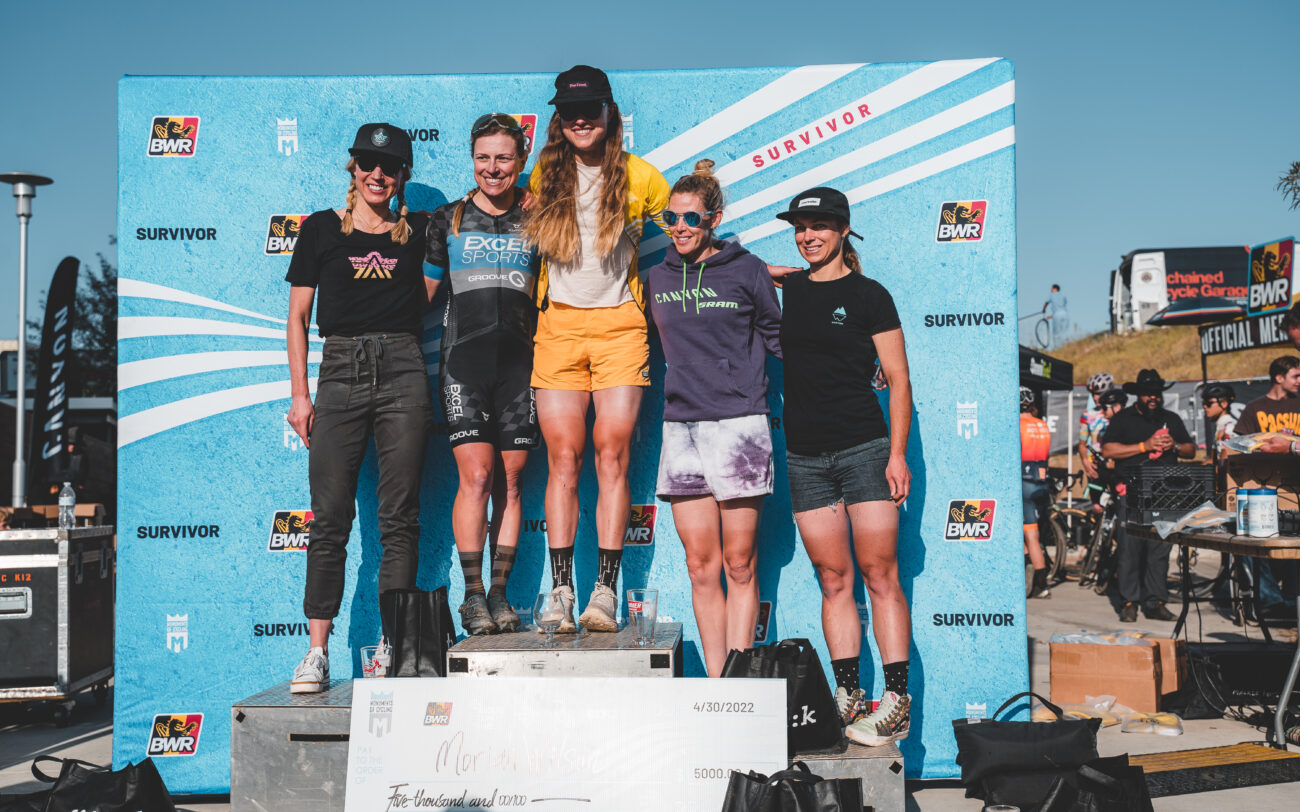 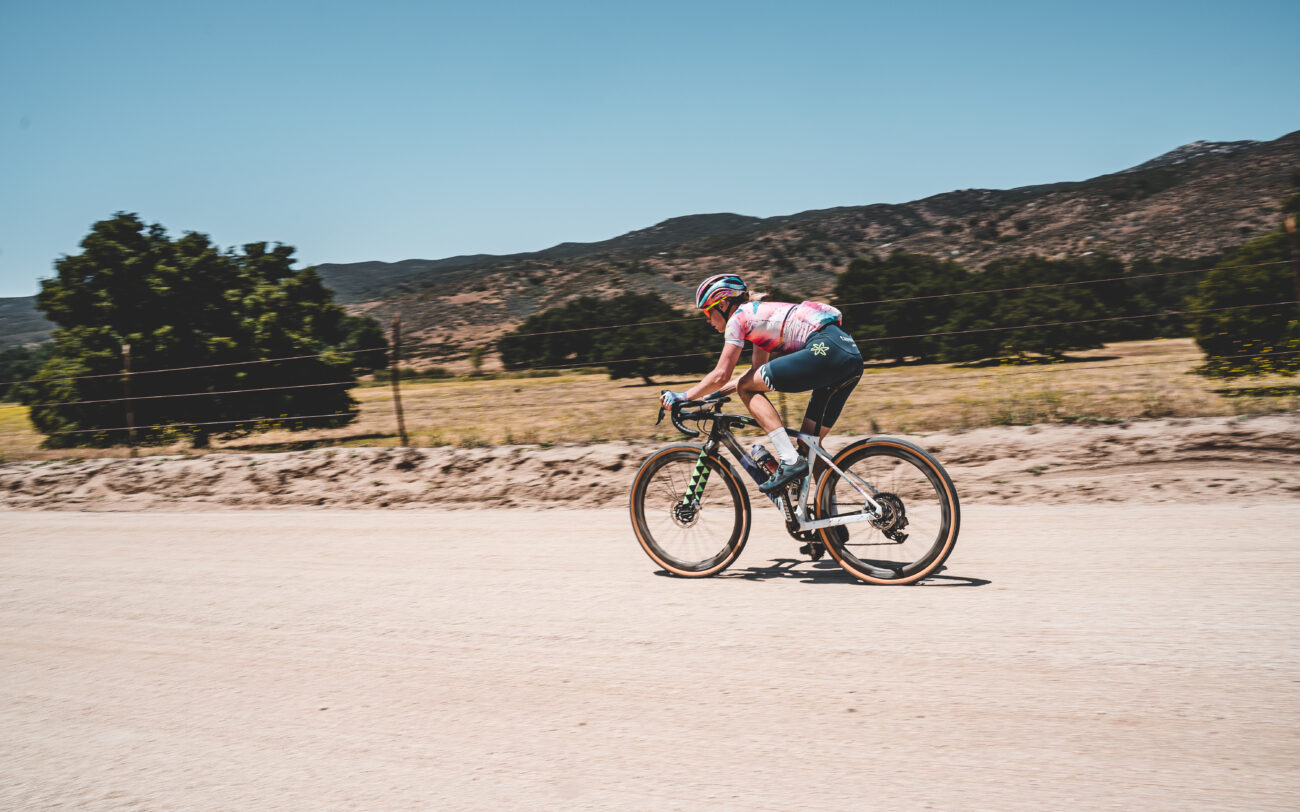 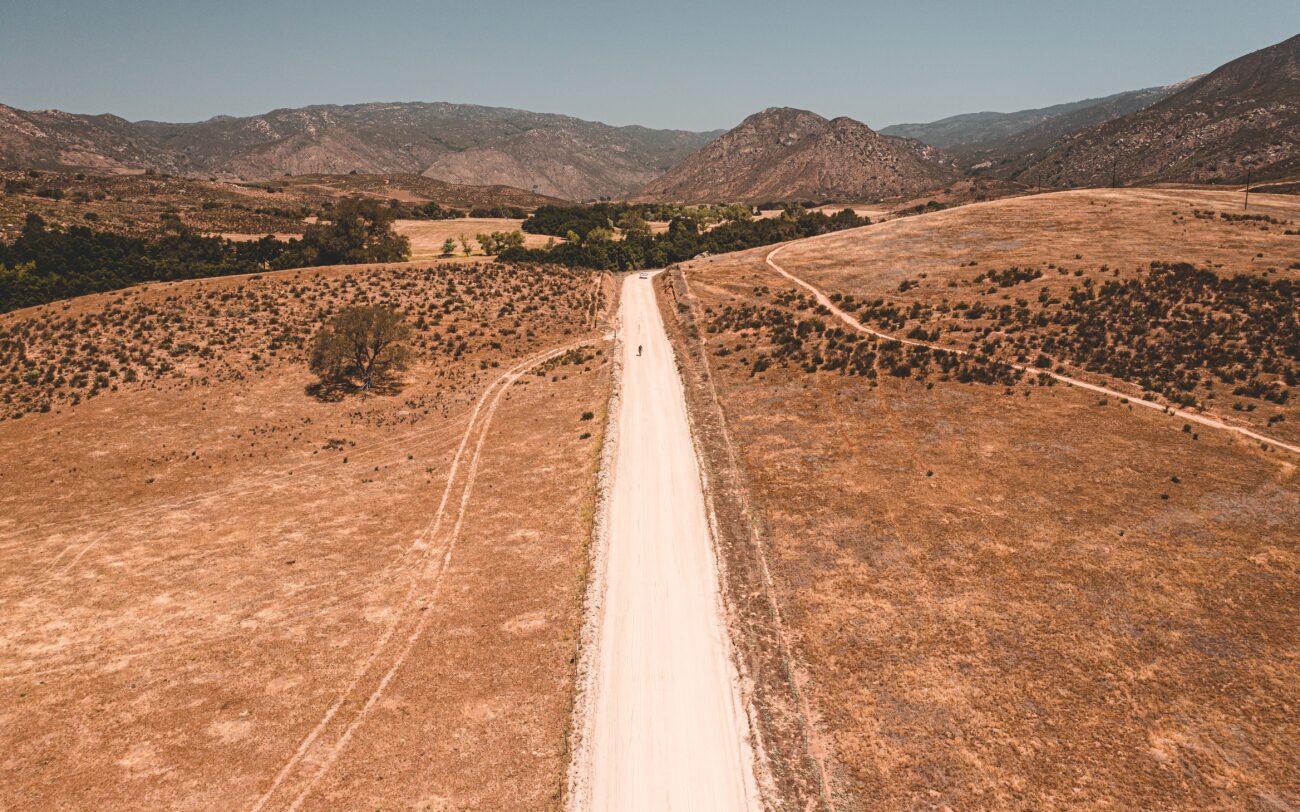 Tiffany Cromwell had a podium start to her 2022 gravel season when she finished with a hard-earned third place at Belgian Waffle Ride – San Marcos in California on the weekend. After 222km, and much of it alone, the CANYON//SRAM Racing rider was caught by some competitors in the final 20km and forced to sprint for her third place.

Tiffany talks about how it happened.

“It was very hot and tough. It was a challenging and fast start with an early climb to make it less hectic for the first dirt sector since it was a mass start. The front runners went ahead early but I tried to keep my effort controlled. I was able to take advantage of some of the technical uphill sectors and I was in the group of riders where we were 3rd to 7th on the road.

It was brutal. Already from 60km into the race, 100km into the race, I didn’t think I was going to make it to the finish at times. There were character-building moments. I was cramping a lot so I was trying to fight through that also.

There was a long technical sector around the back of the course and I managed to put some distance into the others and knew I was third on the road. I was pretty comfortable with that. I was by myself for a lot of the way back to the finish line. Headwind, cramps, fatigue; the kilometres were counting down slowly.

Out of the blue, with 20km to go, other riders popped up around me including some women and then I wasn’t sure if I’d be 4th, 5th, 6th or what place I’d get.  We were quite closely matched. One attacked, but I came back to her and then she was dropped, then another attacked and I thought she was riding away with it on the final tough climb. But I got her back just as we finished the last descent and dirt sector and I passed her.

There was one more little climb with 2.5km to go and then she came back passed me. Aah! Keep pushing, keep pushing, she wasn’t out of reach. I came back to her in the final and I was on the wheel except for a few guys between her and me but I could see she wasn’t as good technically, so I told them to move out because we were fighting for third.

On the third last corner with 500m to go, I passed her and just went full gas through the last two corners to sprint to the finish. Everything was cramping. I was in pieces. It was satisfying to get on the podium, especially considering the finish. I was happy that I fought all the way. A super-hard course, a super-long day, 8 hours on the bike. I was happy to give back to all the team partners that supported me, and to my support crew. I’m satisfied with third.”

Tiffany will now have an altitude training camp before her next race, Grinduro Mt Shasta in California from 20 to 22 May.