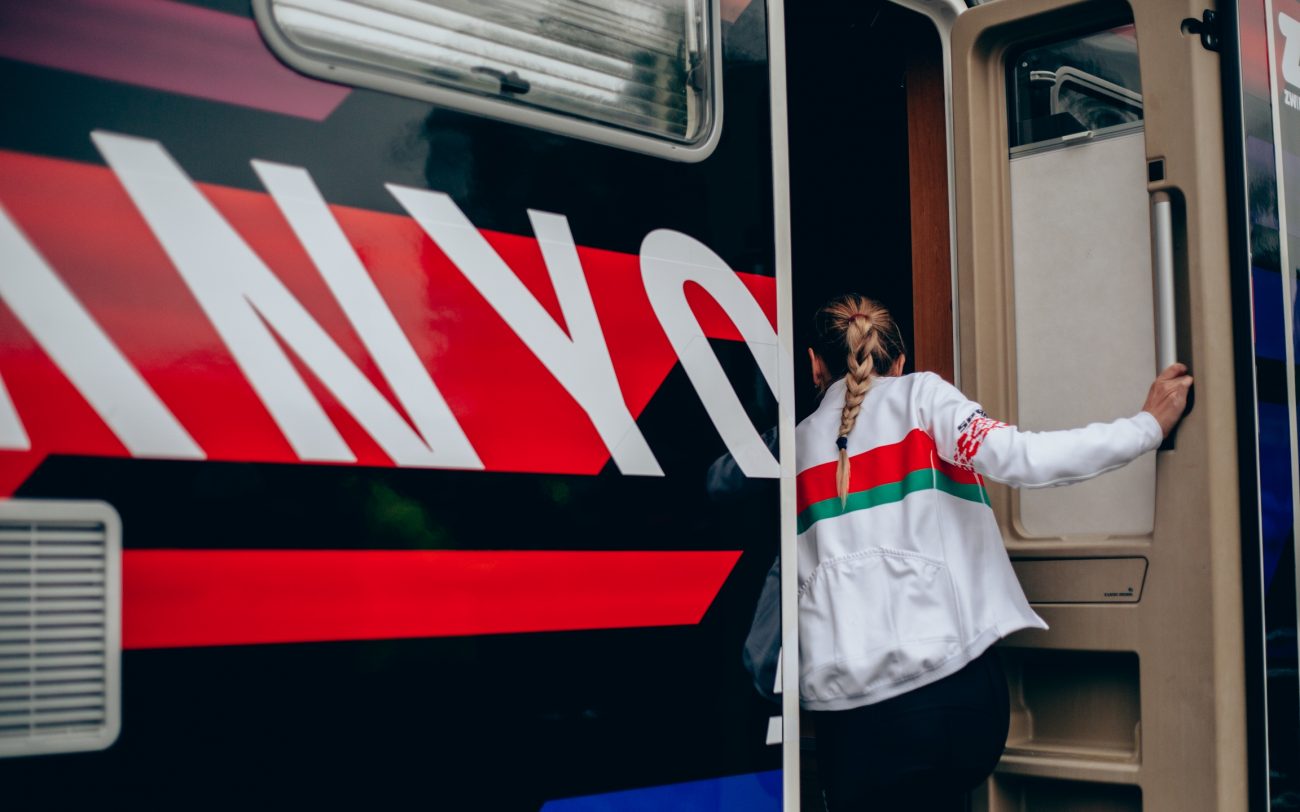 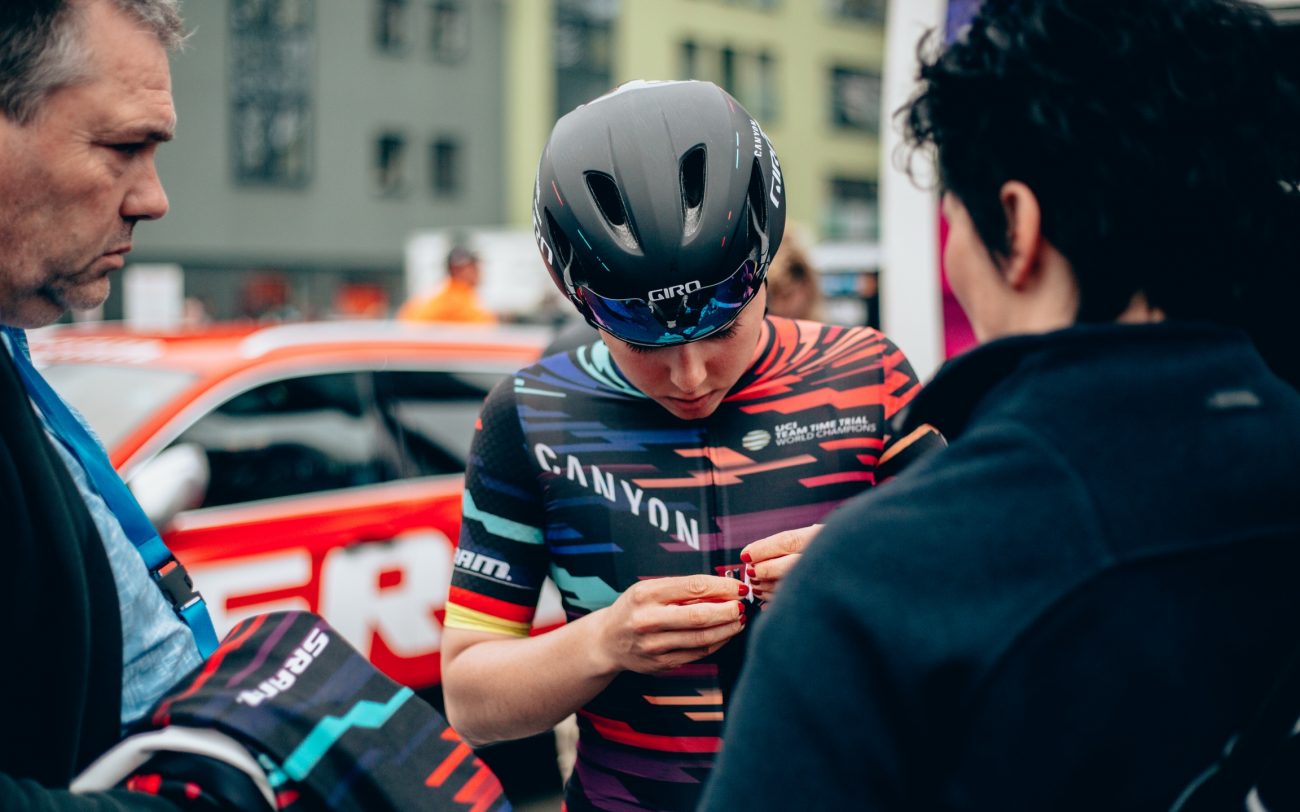 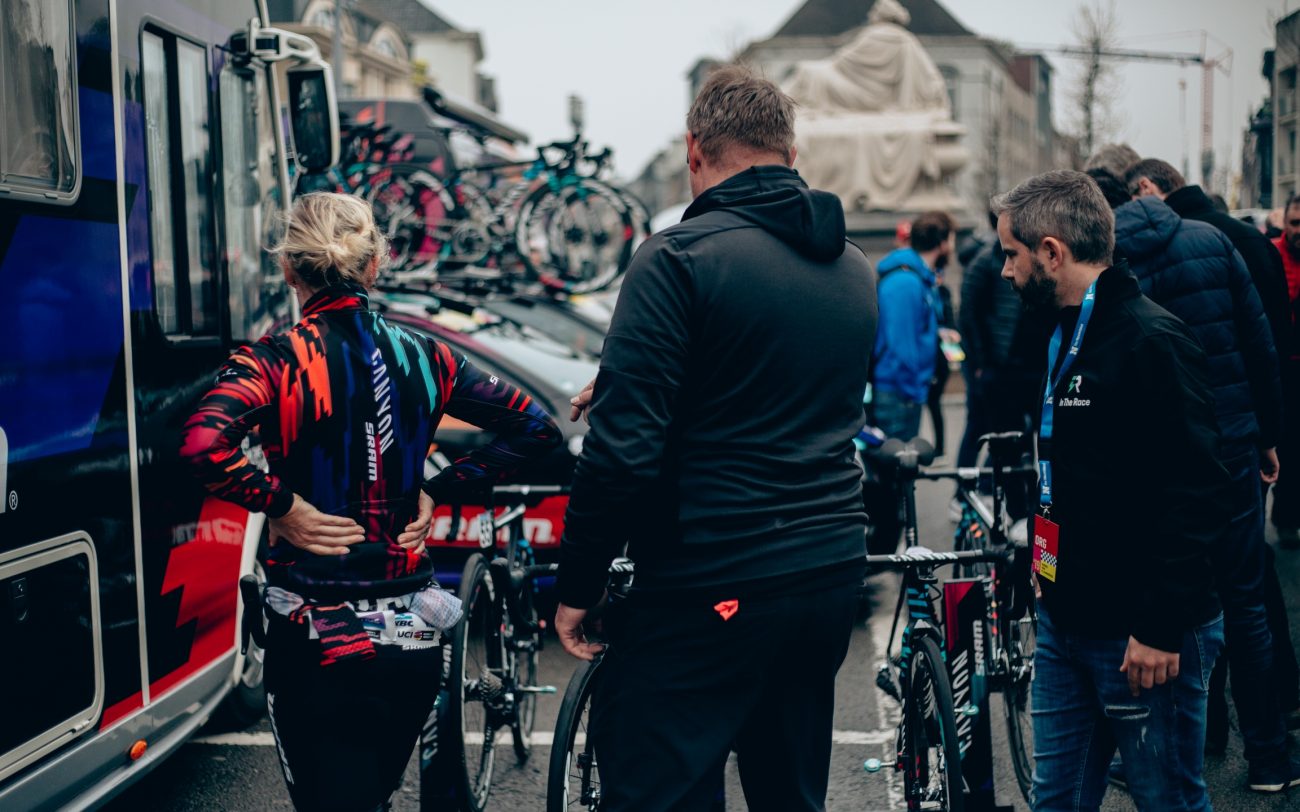 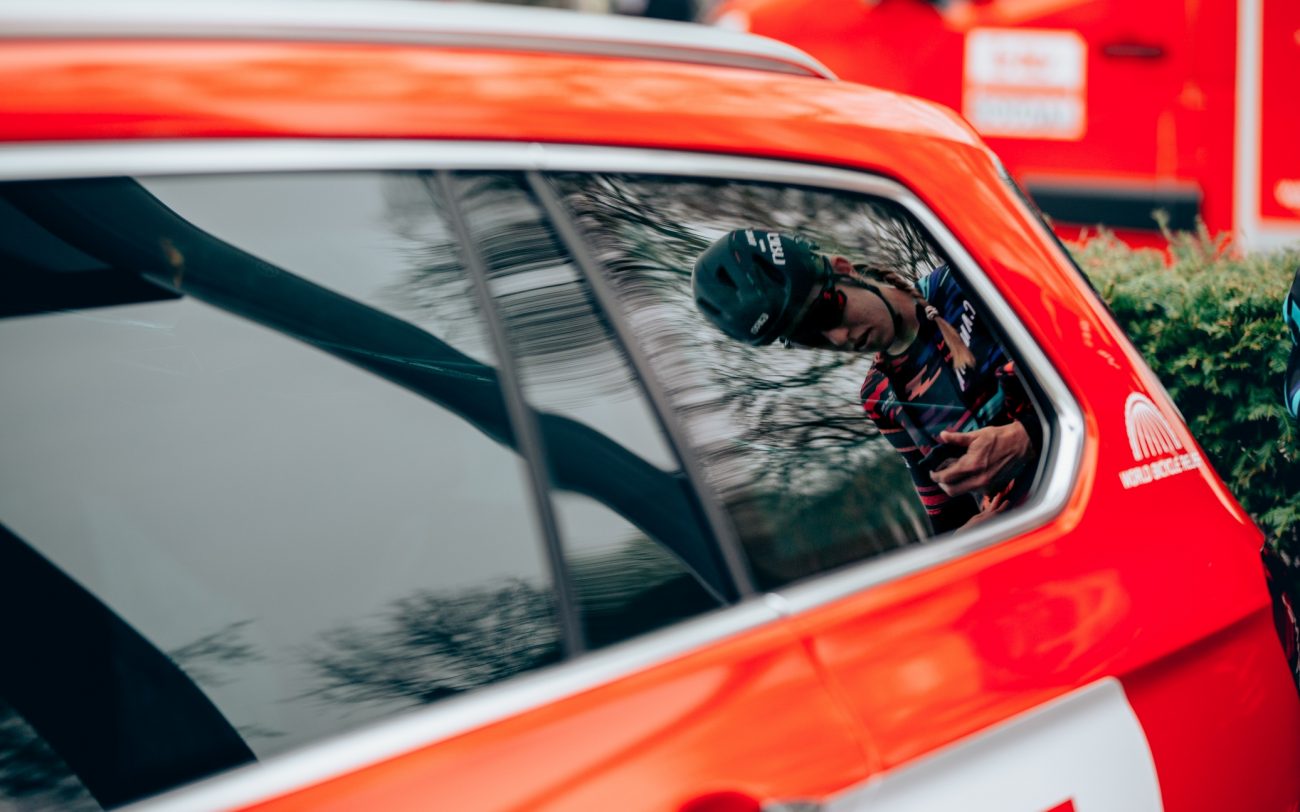 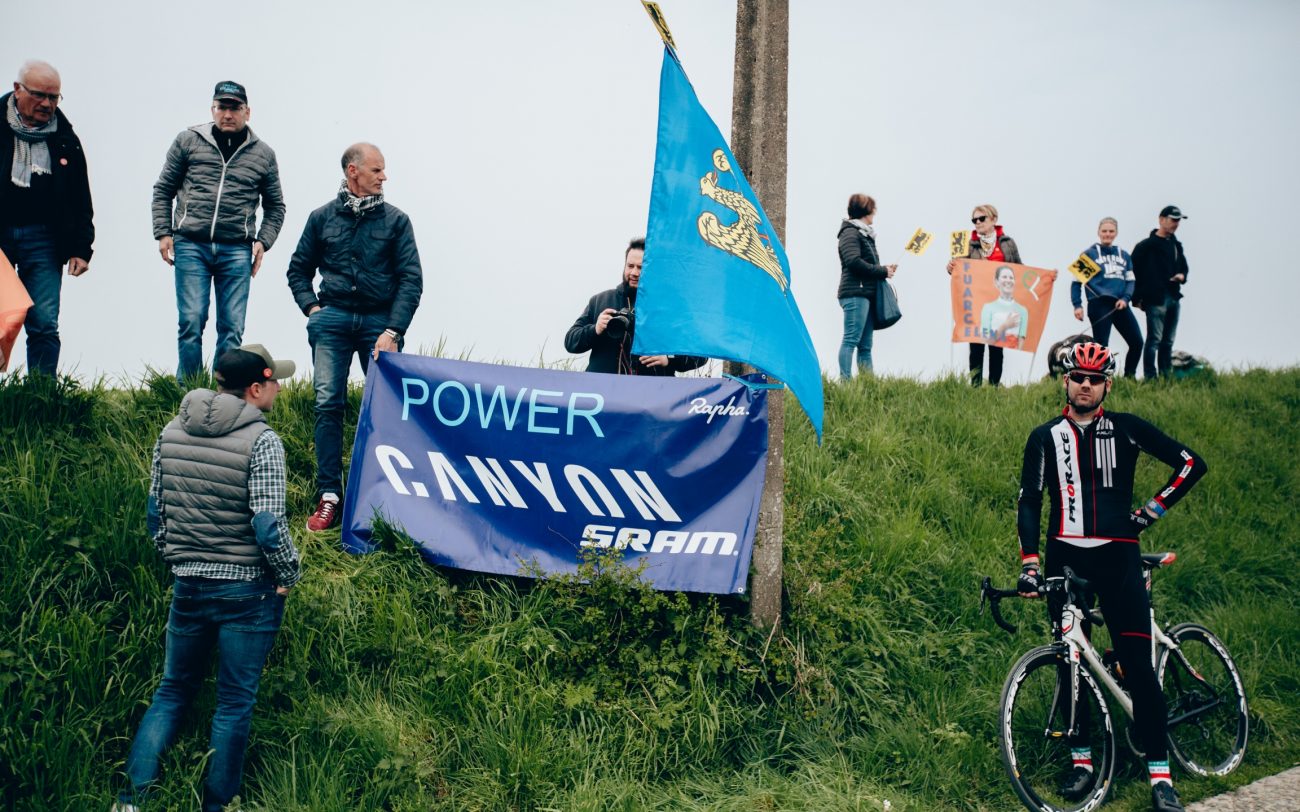 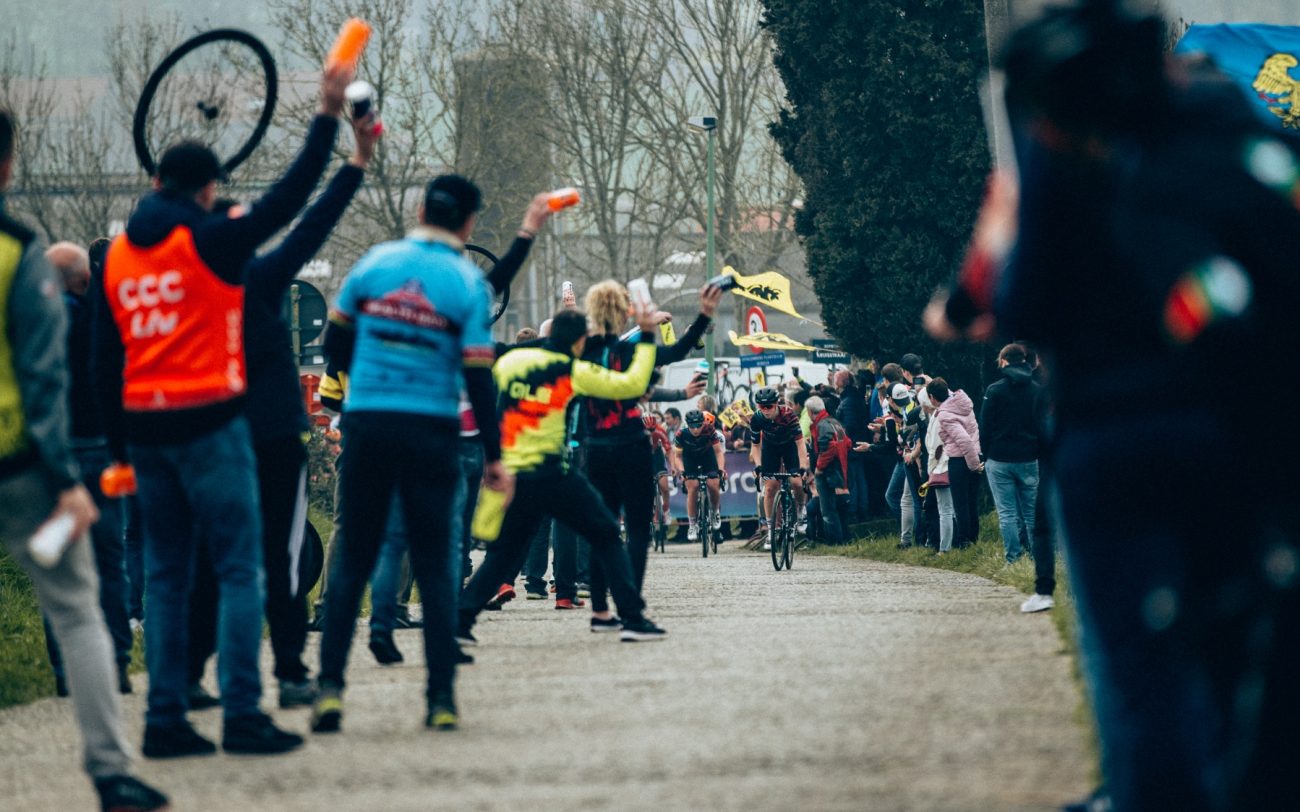 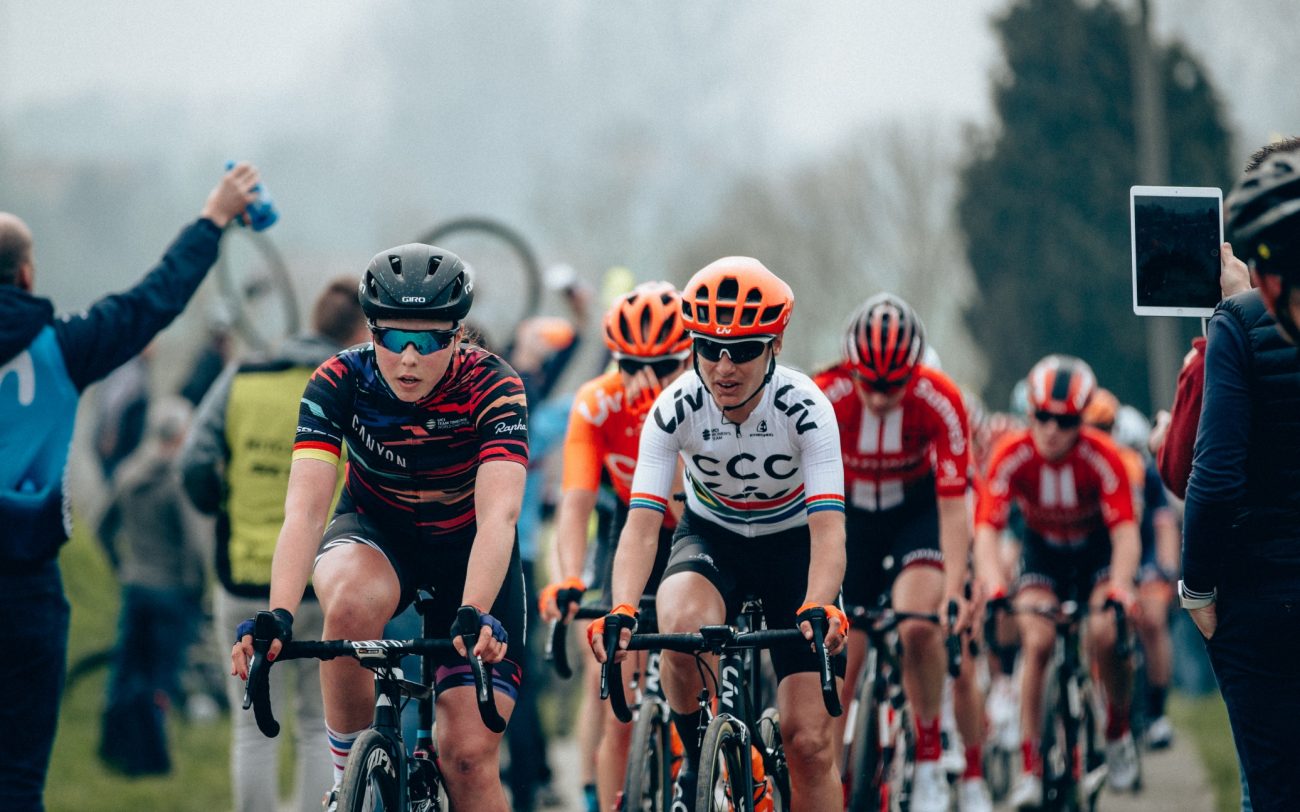 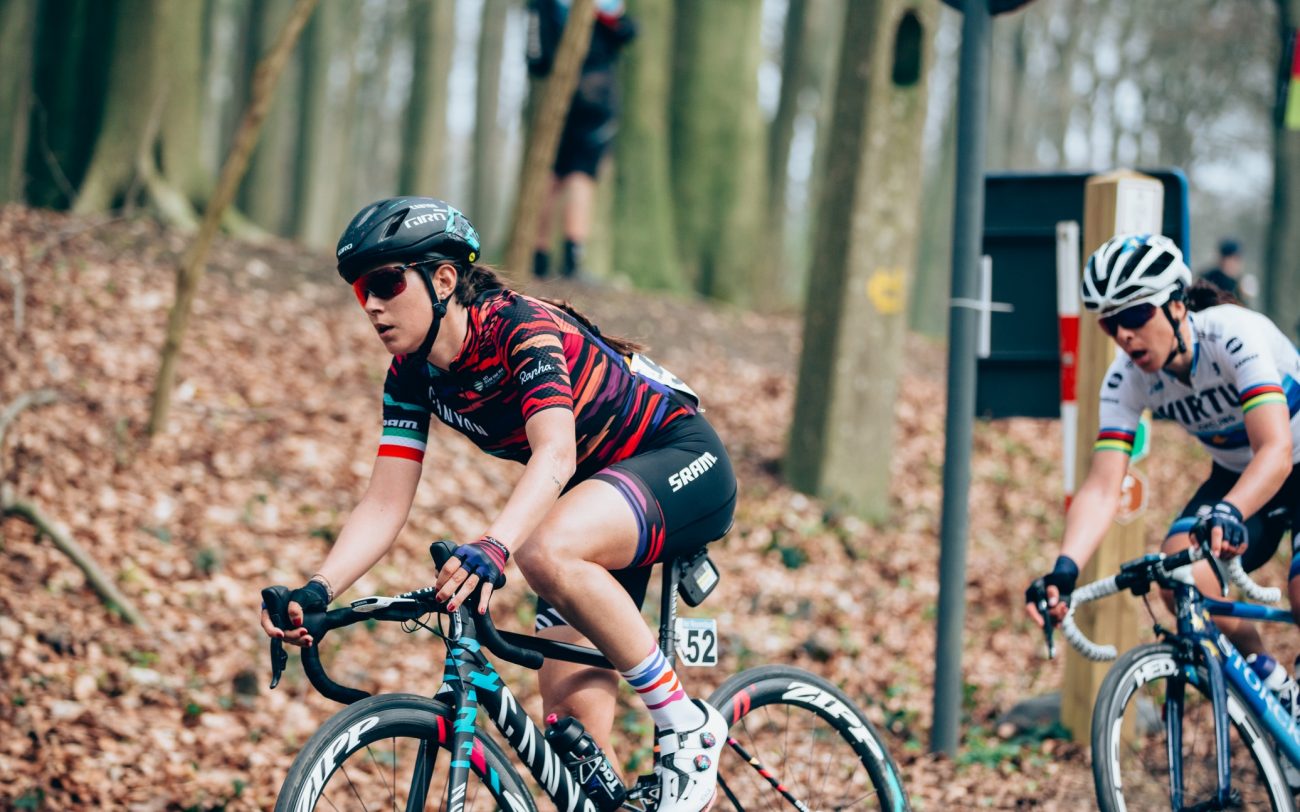 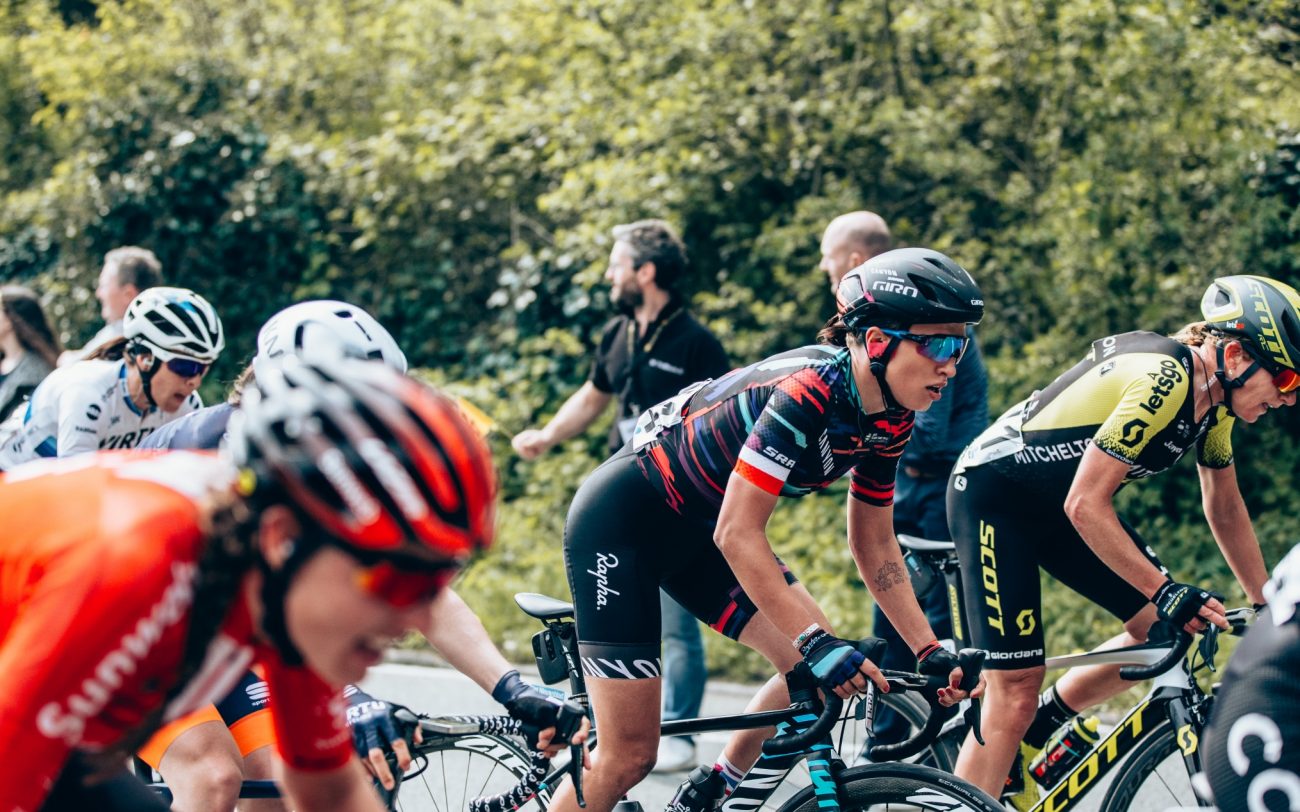 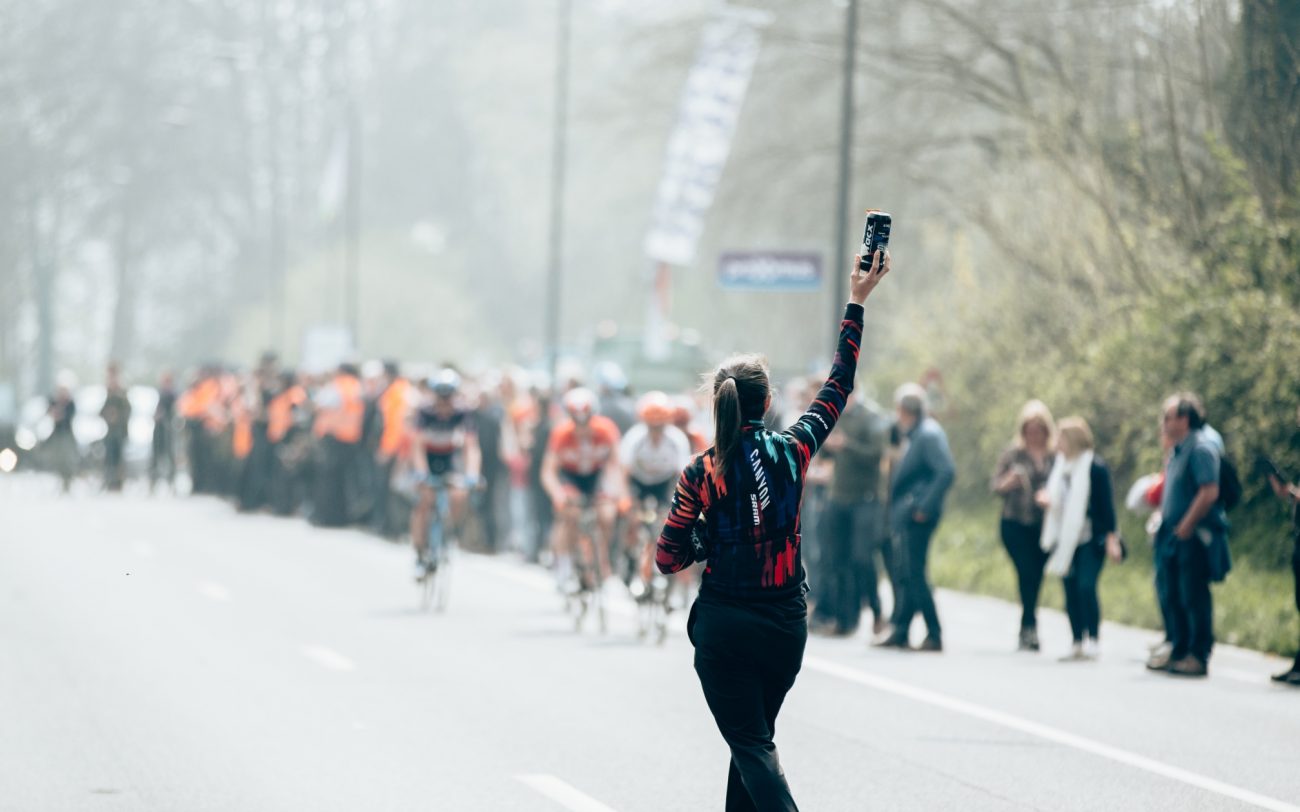 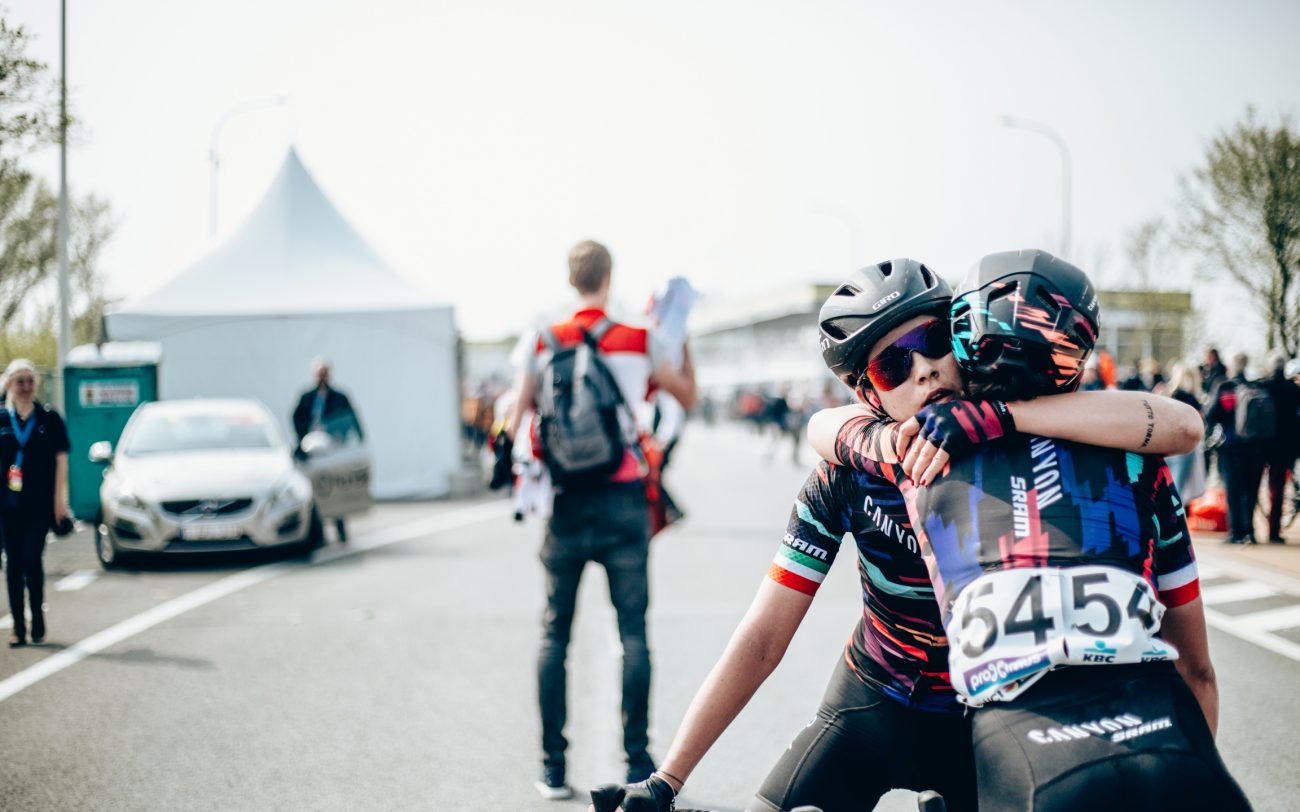 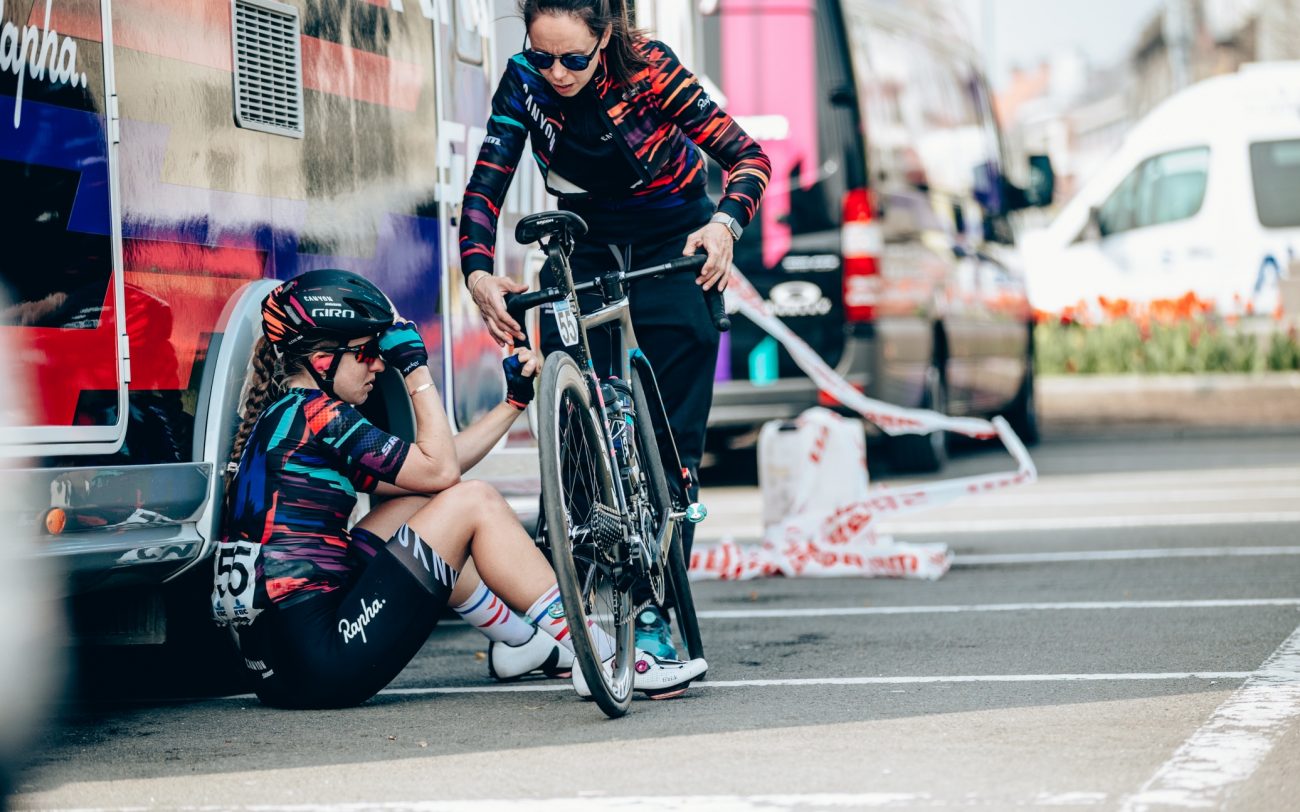 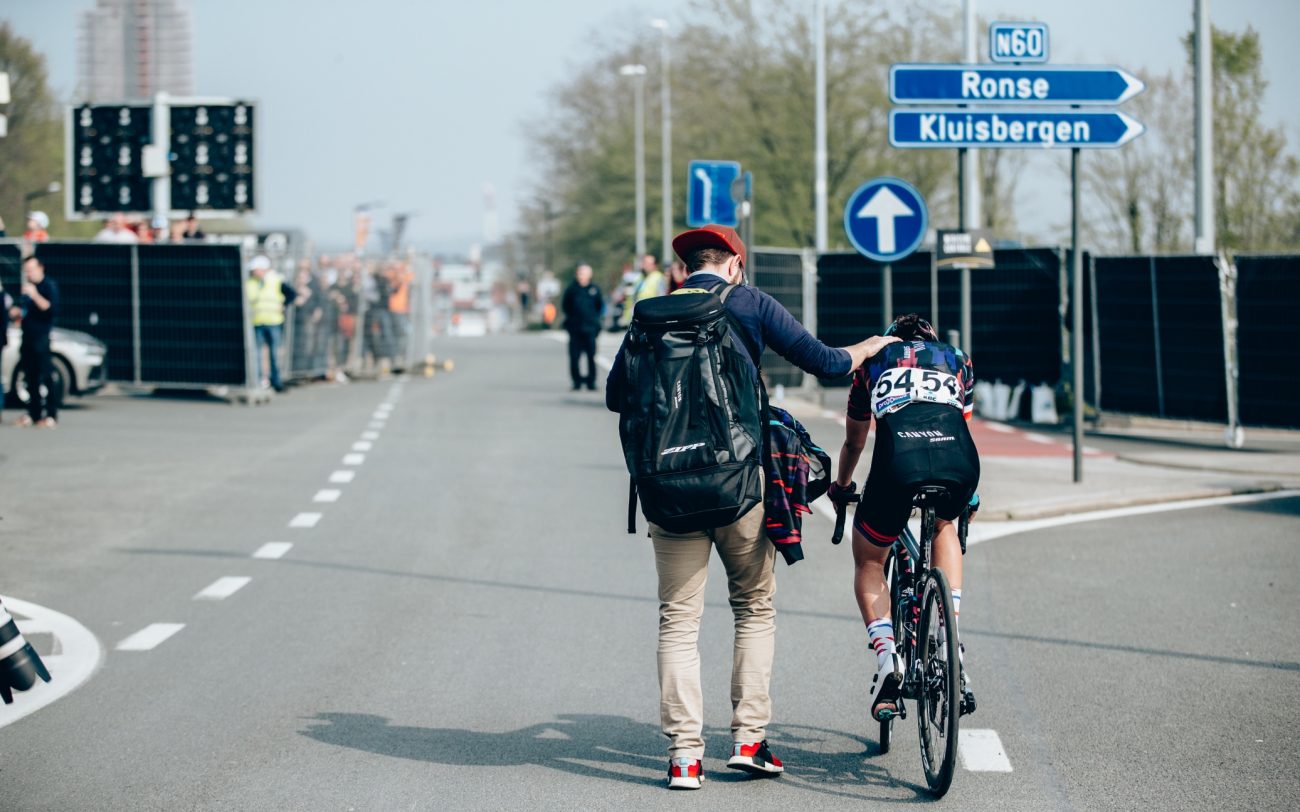 The day after Flanders

Niewiadoma’s teammate, Tiffany Cromwell launched an attack on the Kanarieberg after 113km of racing, that would be the first strike in the business end of the race. A series of attacks pursued, including Lisa Klein and Niewiadoma, but the winning move went on the Oude Kwaremont with 16km in the race remaining. Marianne Vos (CCC) had an untimely puncture forcing her out of the lead group, while Niewiadoma was gapped on the final climb over the savage Paterberg.

Read the reactions from each of the riders on ‘Flanders’ below.

“The race was a kind of waiting game. It was sad to miss Alena because of her crash but I am happy she’s fine.”

“We stuck to our plan, and during the race we had a well-oiled group working together and trusting each other. Personally, I think I missed some legs today on the Oude Kwaremont; it’s always a hard climb coming at the end of a hectic race, and when they opened the gas on the front I could not follow. I will keep on working hard to get stronger.“

“It was not the race I wanted to have today. I had a small crash after 10km, it was almost nothing. But then a second, much bigger crash about halfway in the race, that meant that I couldn’t continue. I have some stitches in my wrist and arm now, but otherwise I’m okay.”

“I’m disappointed not to have been there for the girls and to play my part in our race plan, especially as I was feeling really strong. Instead, I was sitting in the emergency department watching the race on television. I think they did a great race!”

“Well, this year we had great weather conditions for the Ronde van Vlaanderen! Aside from Alena, who we lost unfortunately to a crash, the rest of us stayed out of the many crashes that were happening around us.”

“The race took a long time to get going. The action started—as we and most other teams anticipated—only at the Kanarieberg. I tried to keep the girls calm. I knew Lisa had good legs and was getting excited there at one point and a bit nervous, so I needed to just keep everyone calm and remind the girls to stay patient and wait for our plan.”

“I did an attack at the Kanarieberg to get things going and then we had Kasia, Lisa and Elena from that point on, in the front group. In the end, we didn’t quite have the legs to be there at the critical moment, but as a team we can be proud of our race. Everyone did their part and we executed our plan as we wanted. Now we have to just review it and come back for a new chance next year.”

“It was the best race in my career so far! I just loved those huge crowds and I ‘m still overwhelmed. Everything went to plan for us except losing Alena in the crash before the Muur was a shock we didn’t need.”

“We all were in good position into the Kanarieberg where Tiff attacked. Then I attacked after the Taaineberg and again after the Kruisberg, Kasia attacked on the Hotond, and I tried again after her move was brought back. After all of these fireworks but nothing sticking, I knew that it was going to come down to the Kwaremont-Paterberg combination.”

“The burning feeling in my legs on the Paterberg I have never experienced before. I went so deep but I couldn’t make it to Kasia’s group. Then, in the sprint for 8th place it didn’t go how I wanted and I finished 14th. It really gives me mixed emotions of how the race went.”

“Now, I’m even more in love with this race. I had super good legs and I enjoyed racing with my teammates. We gave our best in the race for sure and I’m proud of Kasia fighting to the line to get 6th.”

“I’m feeling pretty smashed after that brutal race! Ahh Flanders! It’s such a build up before this race, so much preparation goes into it, and the race itself is just a constant battle, but somehow at the end it’s still beautiful! We’d love to be in the position now of celebrating an even bigger result, but I’m super proud of my teammates, the effort we did to prepare for it, how we raced, and how we supported each other. Our time here at Flanders will come.”

“The team raced really well today. Everyone performed their role to the best of their abilities on the day and that’s all we can ask for.”

“My race was not good. I was feeling sick and my body wouldn’t allow me to dig deep. I did what I could early on, but my race was over before the real action started.”