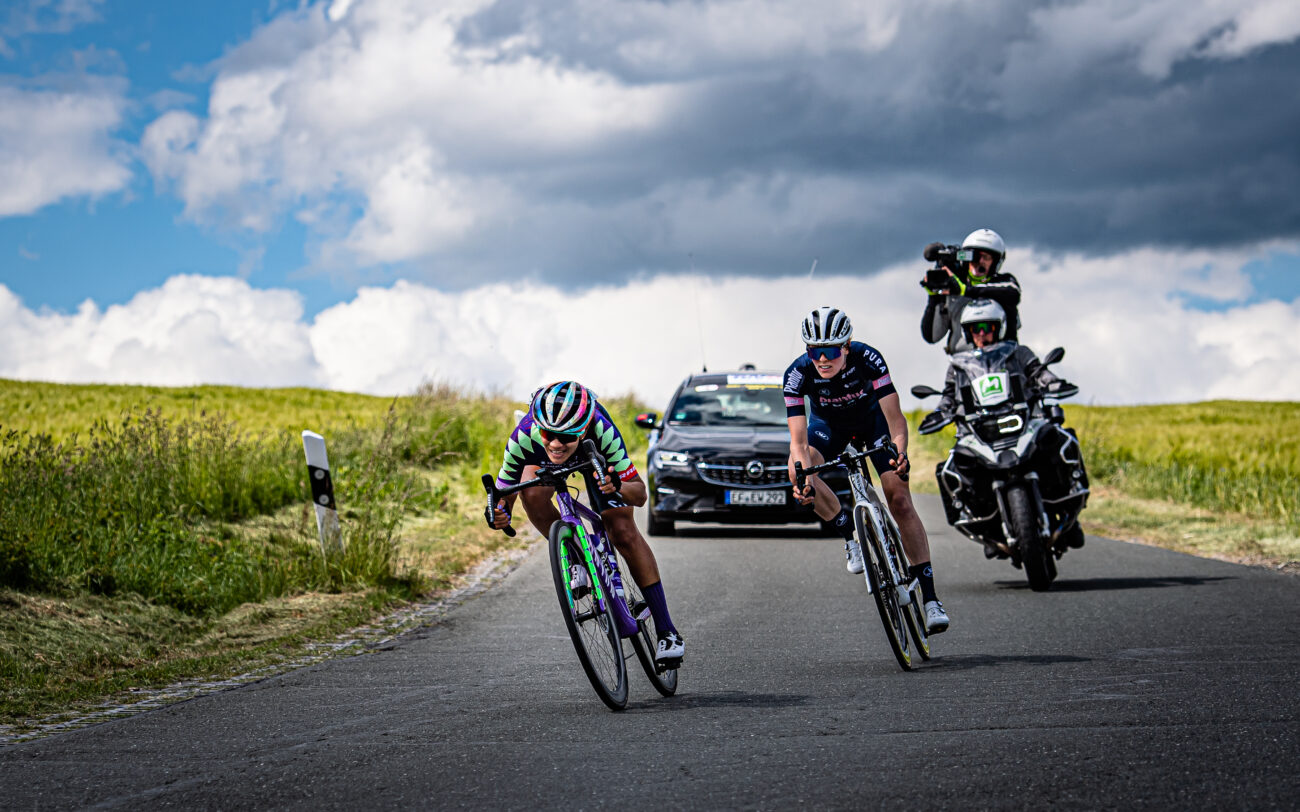 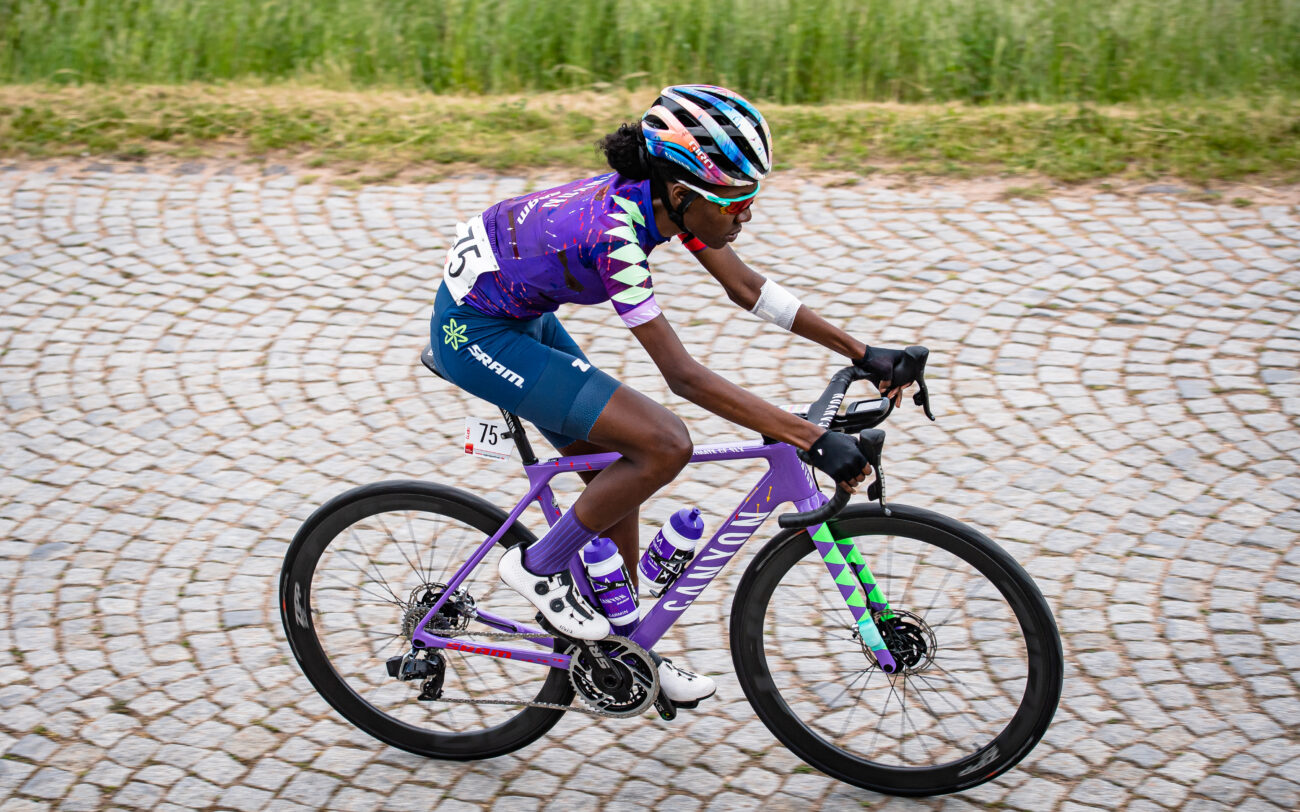 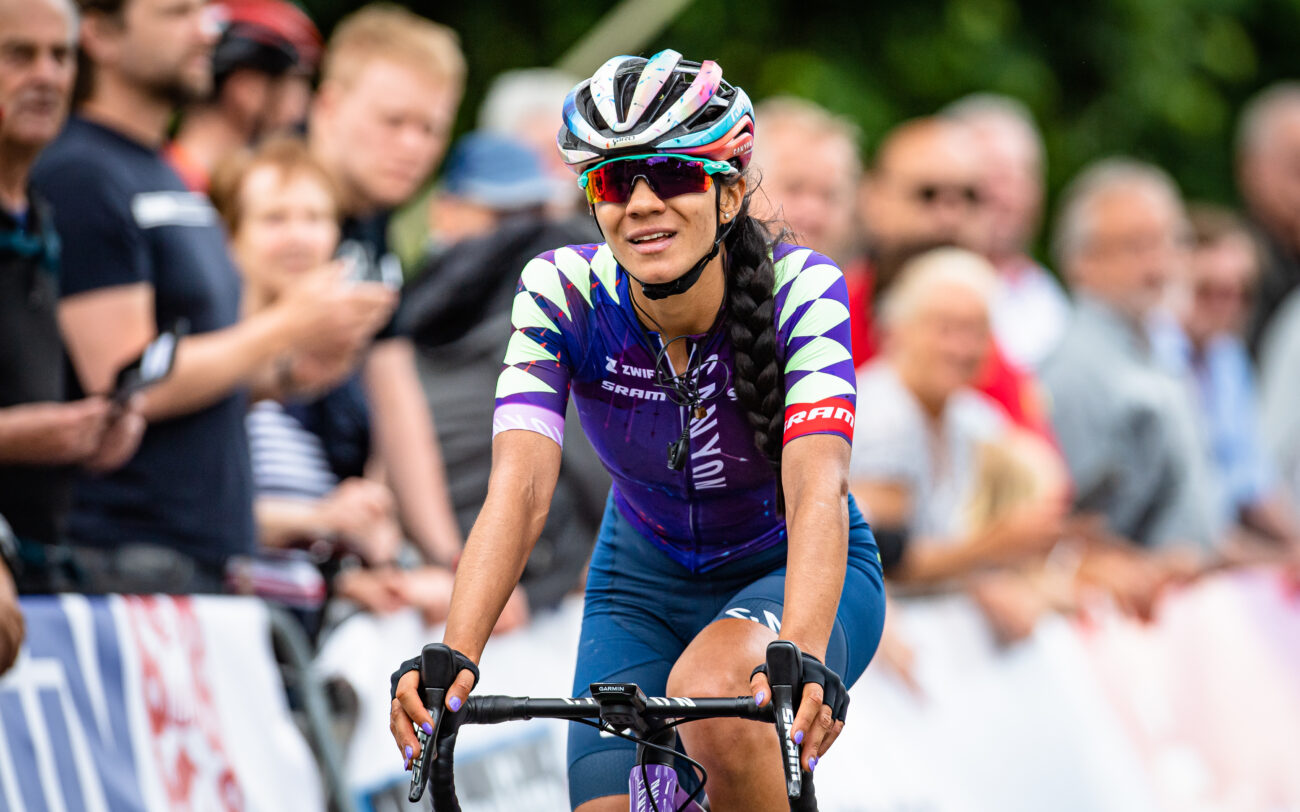 CANYON//SRAM Generation enjoyed some great performances on stage 2 of LOTTO Thüringen Ladies Tour today in Gera, Germany. The team finished with Ricarda Bauernfeind (30th) and Agua Marina Espinola Salinas in the first group of riders sprinting for the podium. Llori Sharpe was in the second group on the road and Valentine Nzayisenga fought hard on her own to make it to the finish well within the time limit.

It was again one solo leader who was allowed an advantage for half to the 99km stage. Once reeled in, Agua Marina kickstarted action in the peloton will a well-timed attack. Though this didn’t create an attack, the counter attack that immediately followed created a breakaway with Agua Marina able to again go with the move. Agua Marina and Julie Van de Velde were away for around 30km of the stage, and were caught in the final 15km.

Ricarda Bauernfeind finished 30th today and said, “Having Agua in the break was really good for us, especially for me in the final part of the race. Once she was caught then the pace was so high, I think we had 65km/hour in the last 10km, it was hard to move up. I’m happy that I was feeling better today than yesterday.”

Agua Marina’s goal of the tour was to have an active race and be part of breakaways. After she said she had a disappointing stage one, she was pleased to be able to turn it around on stage two. Teammate Llori also had a better performance.

Llori said, “Today went extremely well for me I’d say. I felt really good on the bike and I’m so glad I was able to push myself more, and ultimately perform at the level I know I’m capable of. I think what allowed me to race better today as opposed to yesterday was my mental approach to the stage. Yesterday, I was extremely nervous honestly, but today, I was way calmer and just reassured myself that I have put in the work, I have a wonderful team supporting me, and to just take each stage a day at a time.”

LOTTO Thüringen Ladies Tour can be followed on Twitter with #LTLT22. Each stage is broadcast live on GCN and Eurosport Player with details below.