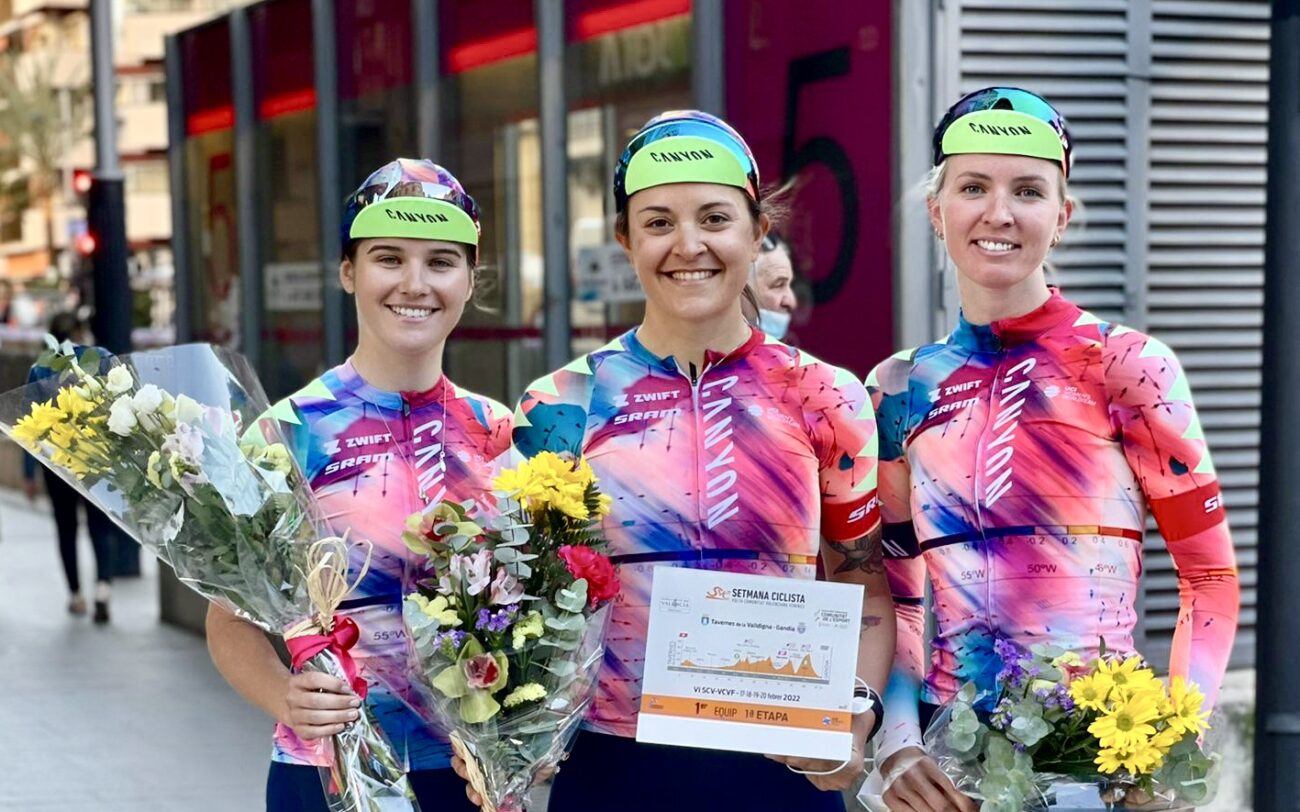 SORAYA SIXTH AND THE TEAM LEADS THE TEAM CLASSIFICATION

CANYON//SRAM Racing had a successful start to stage one of Setmana Ciclista – Volta Comunitat Valenciana Fèmines today in Gandia, Spain. Soraya Paladin sprinted to sixth place from a 30-rider group and the team finished first in the team classification.

The majority of fireworks on the stage came in the final 20km where a trio went clear on the final climb, only to be caught by the chasing peloton with just 3km remaining. Soraya said the team raced well together.

“In the first part of the race, Neve and Alena were actively covering a lot of dangerous moves. We made a hard pace on the second last climb with Alena, Kasia and Elise which reduced the size of the peloton and worked in our favour for the final,” explained Soraya.

“Pauliena attacked going into the last climb and I managed to come back to the main group just before the GPM. After the downhill, we discussed again our plan and decided to stick with sprinting for me. We knew it was important to take the last roundabout in the first position. My teammates did perfectly and I have to admit I’m not 100% satisfied to get sixth. But I know we can improve from this.”

Stage winner Elisa Balsamo (TFS) takes the first leader’s jersey of the tour with Soraya in sixth place in the overall at ten seconds behind. Elise and Kasia are eleventh and twelfth in the overall going into the next two hillier stages. Setmana Ciclista – Volta Comunitat Valenciana Fèmines can be followed on Twitter with #VoltaCVFemines22. The stages will be broadcast live on Á Punt media here.