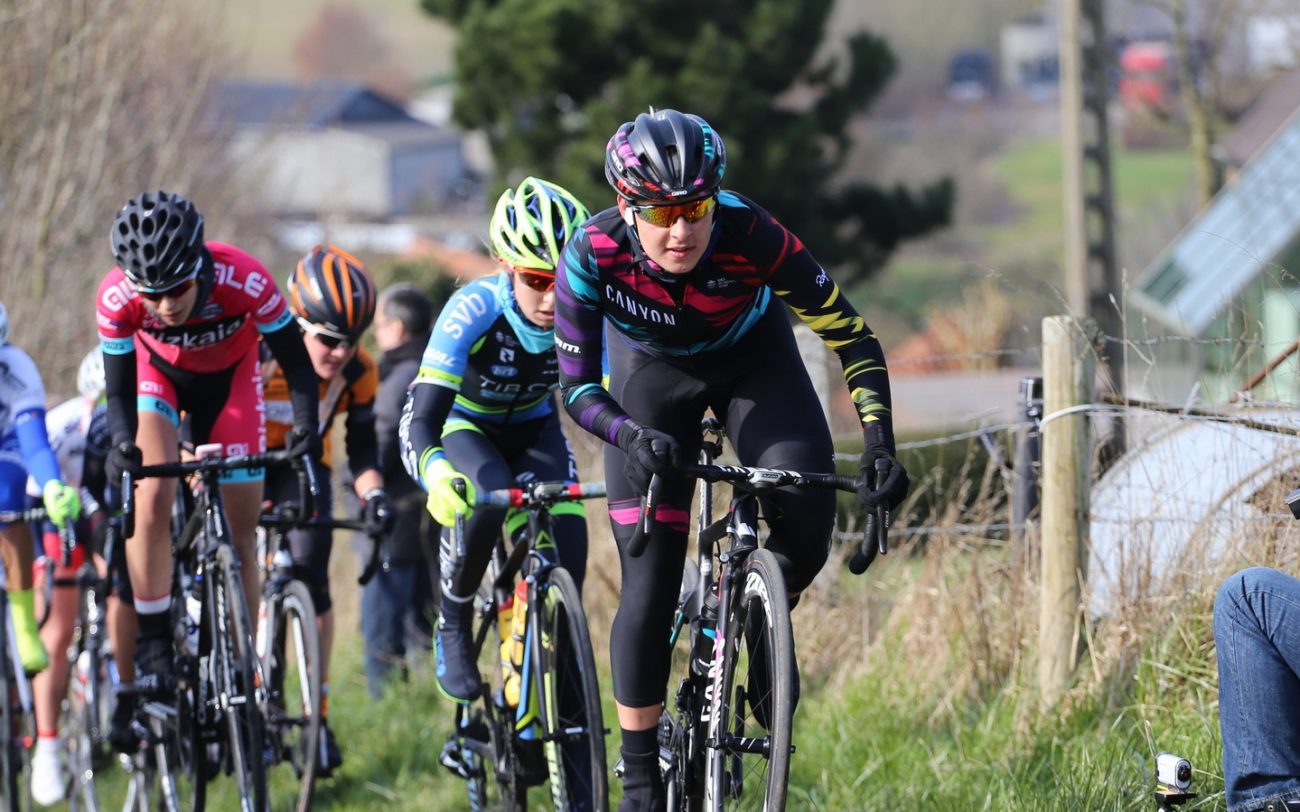 Sunny conditions are predicted for the 141.1km race that is on a similar course to the 2015 edition won by Elisa Longo-Borghini (WHT). After five cobbled sections and ten climbs one woman will win this prestigious Monument. A crash at Omloop van Hageland, surgery and several weeks off racing, Guarischi says she’s now feeling ready for the Flanders challenge. “I know it will be really hard for me. It’s my first race back but I’m ready to be back with this group.” Guarischi admitted the last month has been hard for the team following Trixi Worrack’s crash and emergency kidney surgery after Trofeo Alfredo Binda. “If I can come back and give a little smile to the amazing people on this team I will do and then I think about the race. I’m ready to suffer for my team mates.”

Sunday will see the men’s 100th edition of Flanders and crowds are expected to be even bigger than normal also for the women’s race. Guarischi likens Flanders to a World Championship in the season. “This is the best race that we have in a season. It’s about emotions, heart, determination. This time it is not just for a bike race, for some people it’s a kind of mirror of one’s life. When you are at the start of it you already know that in this day your pain will be a lot and you know how hard it will be to arrive at the finish. But when you are on the cobble sections or in the middle of the walls and you can see so many people screaming your name and cheering for you, it is something special. You can feel the chills on your skin. I’m sure there is not one rider that at the start line of this race doesn’t dream to win it.”

Team mate Elena Cecchini, who finished fifth behind Longo-Borghini in 2015, and seventeenth in 2014  agrees with Guarischi. “It’s an iconic race, the one almost every cyclist would like to win in their own career. In 2013 I was in an early crash on the Molenberg, in 2014 I was in the second group behind the best girls and last year I was fifth. There’s room for improvement!” Cecchini did a recon of the course on Monday. “I was at Track Worlds when the team did the recon in February. So on Monday I saw it with a former Lotto Soudal team mate. We started with bad conditions: pouring rain and 60km/hr winds! But the sun came out and we even had a tailwind after the Paterberg.”

Cecchini also dreams of Flanders prestige, “I really want to win this race one day. I know it’s a lot about having perfect form, a perfect day, a great team with you and a good amount of luck and race experience. But in a one day race everything can happen and I’m already dreaming about Sunday. I think CANYON//SRAM Racing have a lot of cards in our team to deal out to the competition on Sunday.”