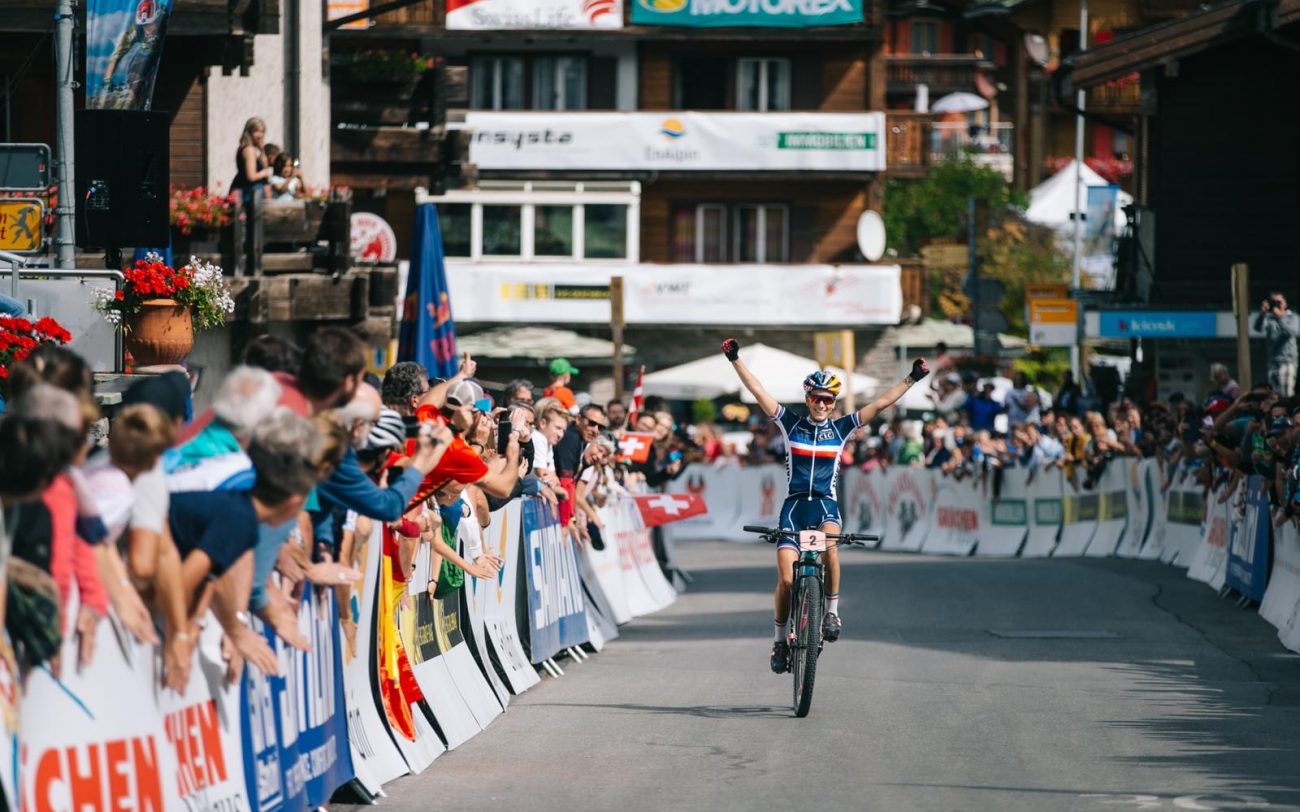 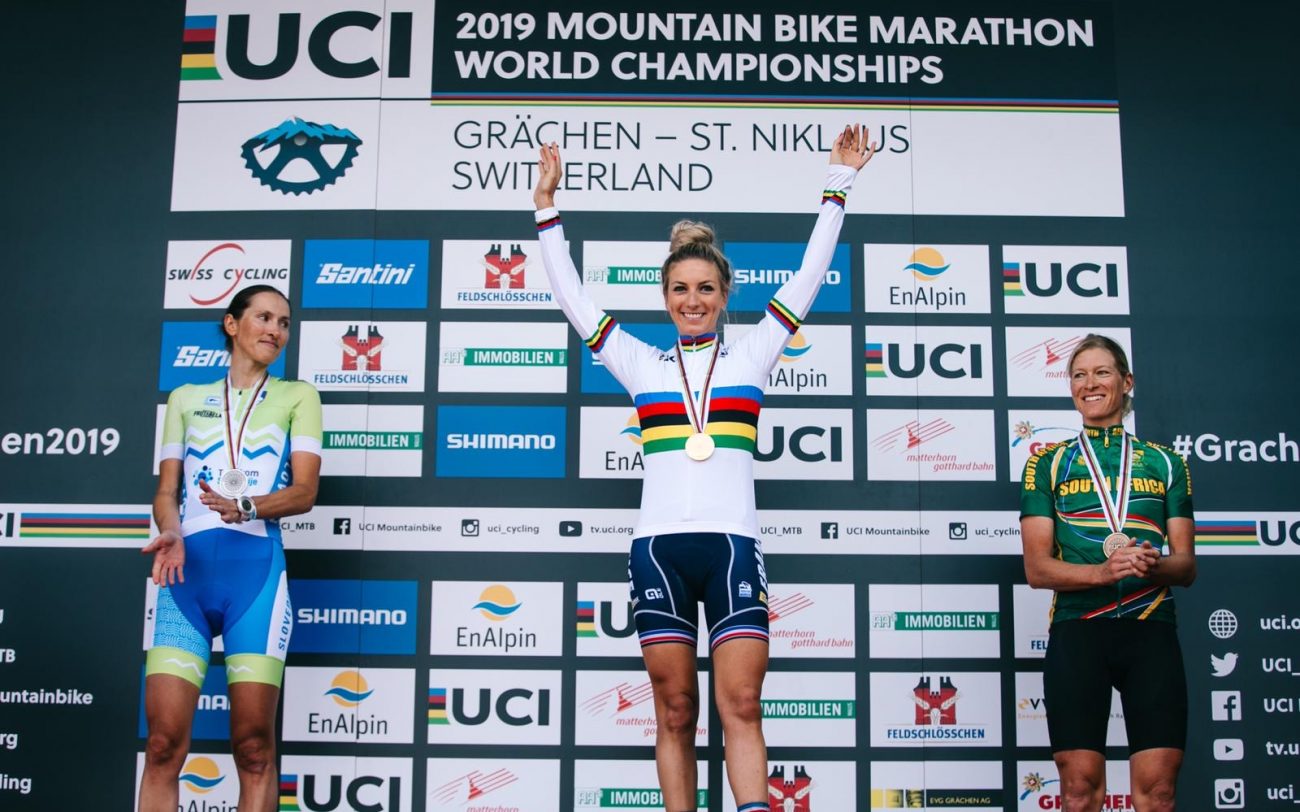 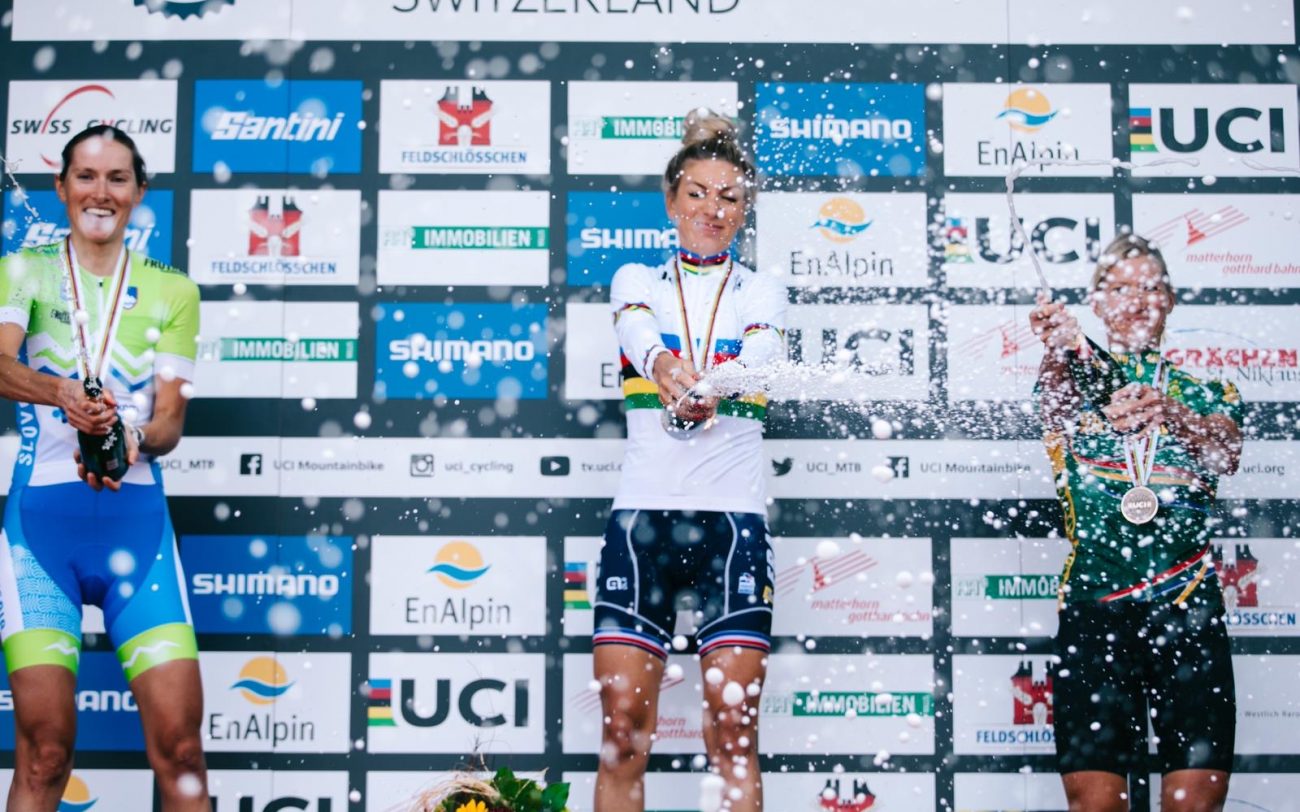 Pauline Ferrand-Prévot won her second rainbow jersey in less than a month after winning the Women Elite MTB Marathon World Championship today in Grächen, Switzerland. The French rider stormed around the 70km course in just over 3 hours 57 minutes, to finish 1:53 ahead of Blaza Pintaric (SLO) and 2:40 ahead of Robyn De Groot (RSA).

Pauline won the Women Elite XCO World Championship in Mont-Saint-Anne three weeks ago, and soon followed with the final round XCO World Cup in Snowshoe. After returning to Europe, Pauline made a decision to compete at the MTB Marathon World Championships, in order to continue racing ahead of the MTB Tokyo Olympic Test early October. A decision, that paid off!

“It was really fast and hard at the start. I decided that I want to pass and get to the front for the first downhill because I knew that I could be a bit faster than the others and I wanted to be able to choose my own lines,” said Pauline.

“After this downhill, the gap was between 30 seconds and 1 minute. I wasn’t sure how I could manage my first Marathon race, with the nutrition and drinking enough and to manage everything with my mechanic. It was a long race, and it was super hard! I just gave everything and I’m so happy I could make it. I really feel good in myself and I’m just enjoying being able to race at my full strength.”