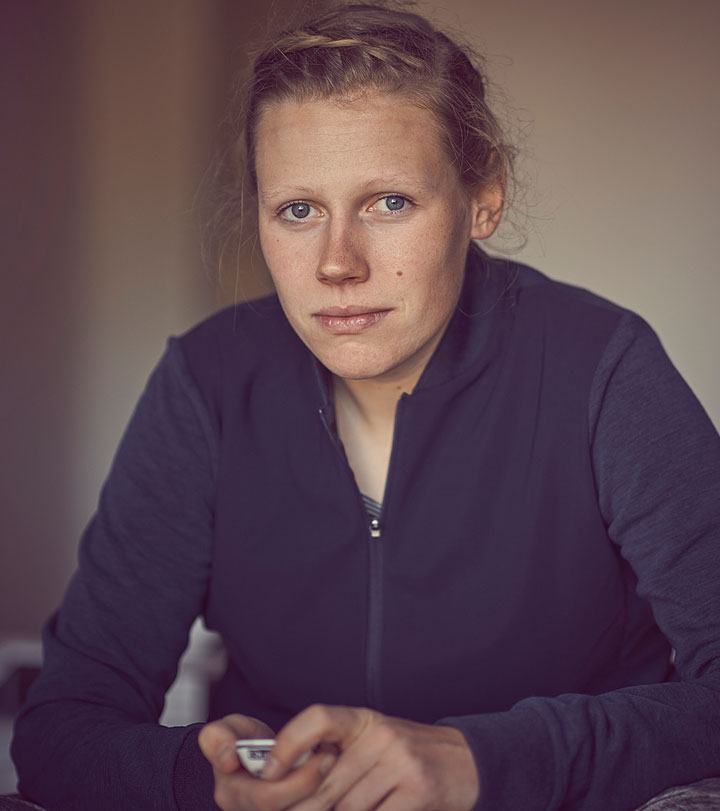 Mieke Kröger, the young German rider from CANYON//SRAM Racing studies a map and loosely jots down points. She’s considering the standard boxes to tick in the daily life of a professional cyclist: kilometres, training program, watts, kit requirements, recovery and nutrition. But Kröger is also thinking of places to sleep. She has exploring Prague on her mind, and a hunger for the unique emotions experienced from another cycling adventure.

“I have planned to absolve myself from the typical endurance training camp on an adventure ride from Leipzig via Prague to Munich. Starting tomorrow March 19 I will ride just under 1000 kilometres in my own version of a ten day training camp.”

This kind of cycling adventure is not completely foreign to the current German time trial champion. At just 22 years old she boasts a swag of medals and titles, not least of all a team time trial gold medal at the road world championships in Richmond last year. But underlying this growing palmares, Kröger maintains her passion for the simple beauty of cycling. Each Spring for the last two years, advancing from track to road seasons, the young woman regains her “endurance legs” in a less conventional way than the predictable training camp so many others tend to choose.

“The first time I did this, I started very spontaneously…I did not want to see Mallorca…I did not want to have a normal training camp…to see the same things every day. I had an overwhelming desire for an adventure. So I started on a Monday. The weather was the worst of the whole year and my bike was loaded with way too much weight! But I just did it; I took my bike and rode from south of Cologne to the north of Germany, back down to Hamburg and then east to Dresden. More or less on an impulse! I found the adventure I was craving and that trip gave me some special feelings.”

During the season Kröger gathers ideas of where she would like to ride and which cities she has an interest to visit by bike. The possibilities act like a revolving daydream surviving the season’s daily routines. “Last year I rode three days south to Freiburg in Germany and then headed over to France. I would love to visit Scotland one time but in March it could become a very wet and cold business. Although that said, Eastern Europe could have my feet wet this week!”

Kröger will stay in mostly youth hostels or small hotels along the way and carries everything she needs with her. “I try to pack as light as possible; I’m much better than the first time I did this. Rapha sent me an extra Brevet Insulated Gilet, and I know I will have to handwash my clothes several times but it is fine. This trip always reminds me to appreciate everything I normally have!”

With a goal of earning a spot on the German track cycling team at Rio Olympics, the modest rider admits that it’s more of a journey of self-discovery than a deliberate act of inspiration for other women. “It is both self-discovering and a feeling of feeding my spirit of adventure. But I think for me it’s more self-discovering. Mentally I can just enjoy the riding and I can completely forgo any pressure that is awaiting me in the upcoming season. I hope it will inspire women! Can you believe that?! Who knows next year I might even have some company. To be honest I just am thankful that I can do this and I still keep in mind, that an important road season and something called Rio Olympics is coming up.”

Feeling inspired by Kröger’s adventure? Her tips: “First thing is to understand that you will never be as fast as on a loop, so plan with a lower average speed. Second thing is don’t pack too much. Third thing is just go and do it, get out there and ride! And my last tip is to never give up…even if it’s raining.”