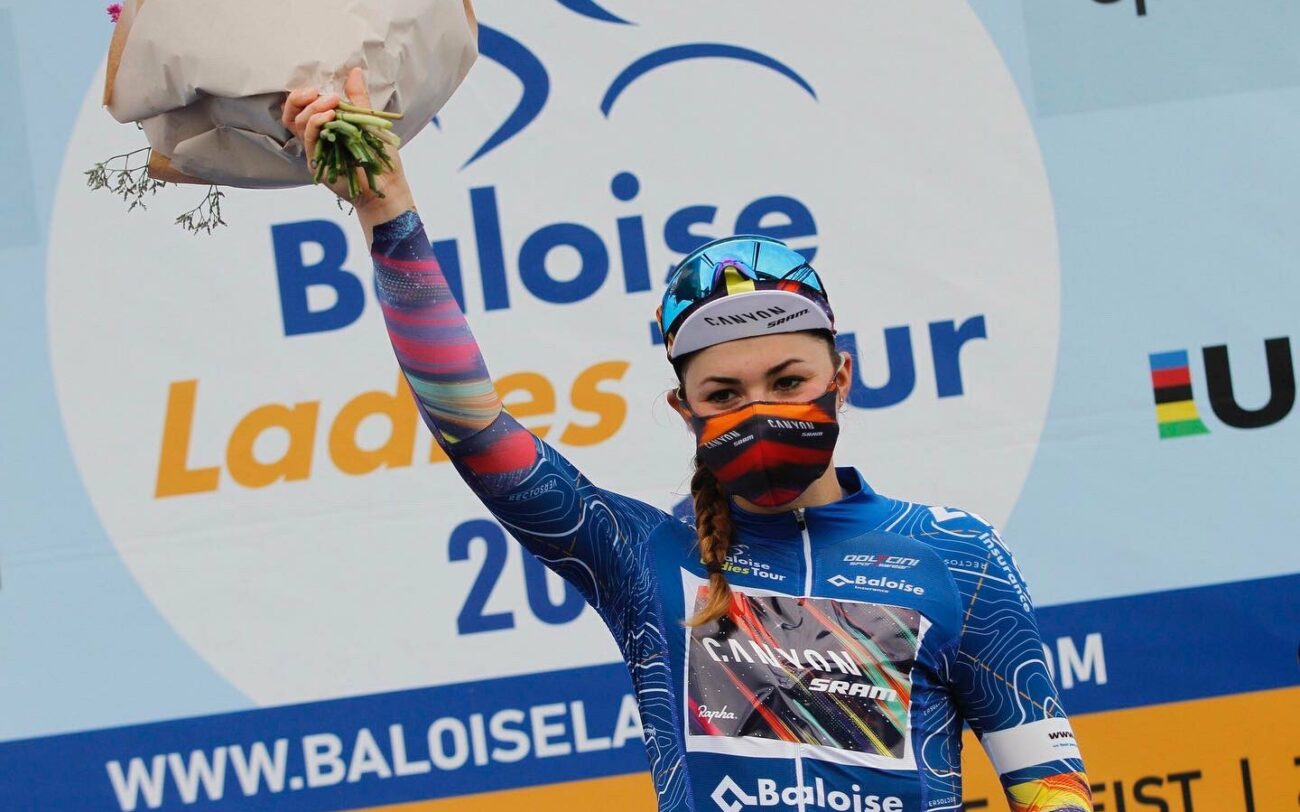 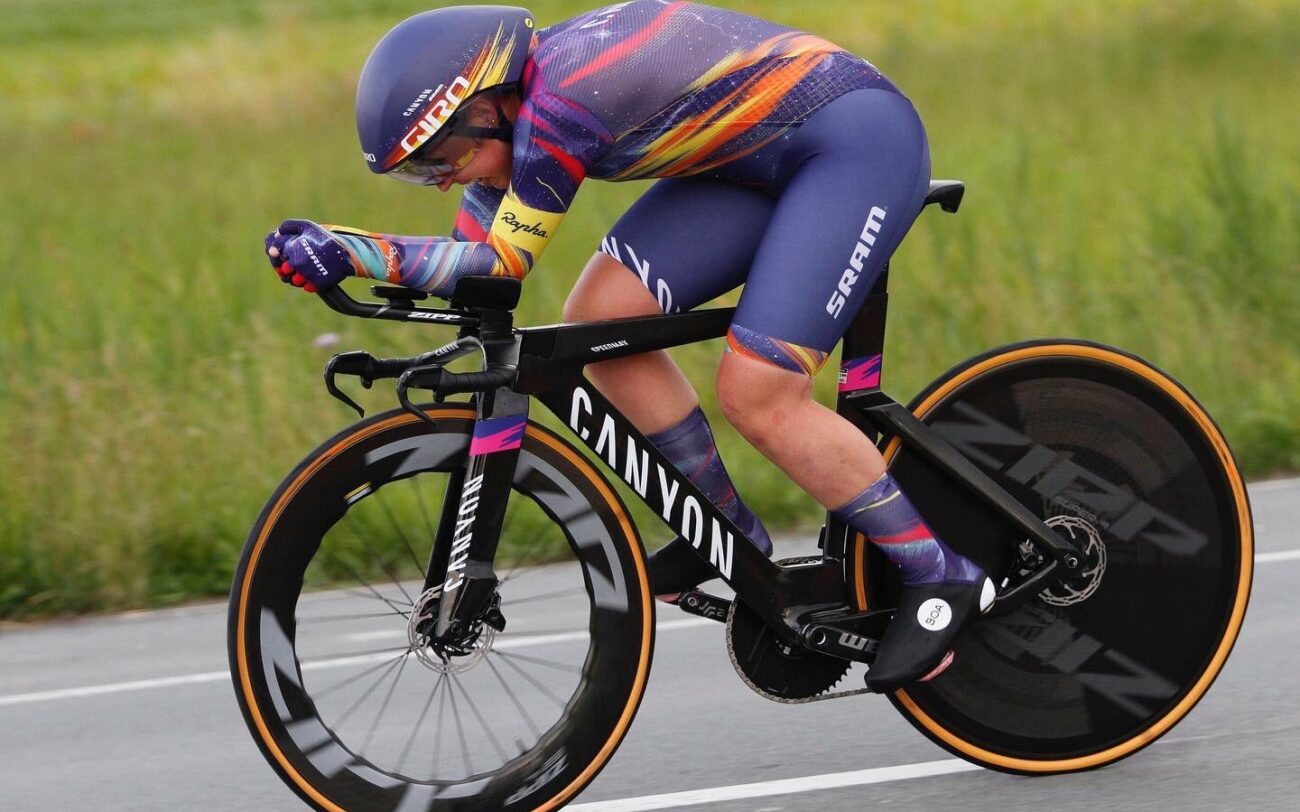 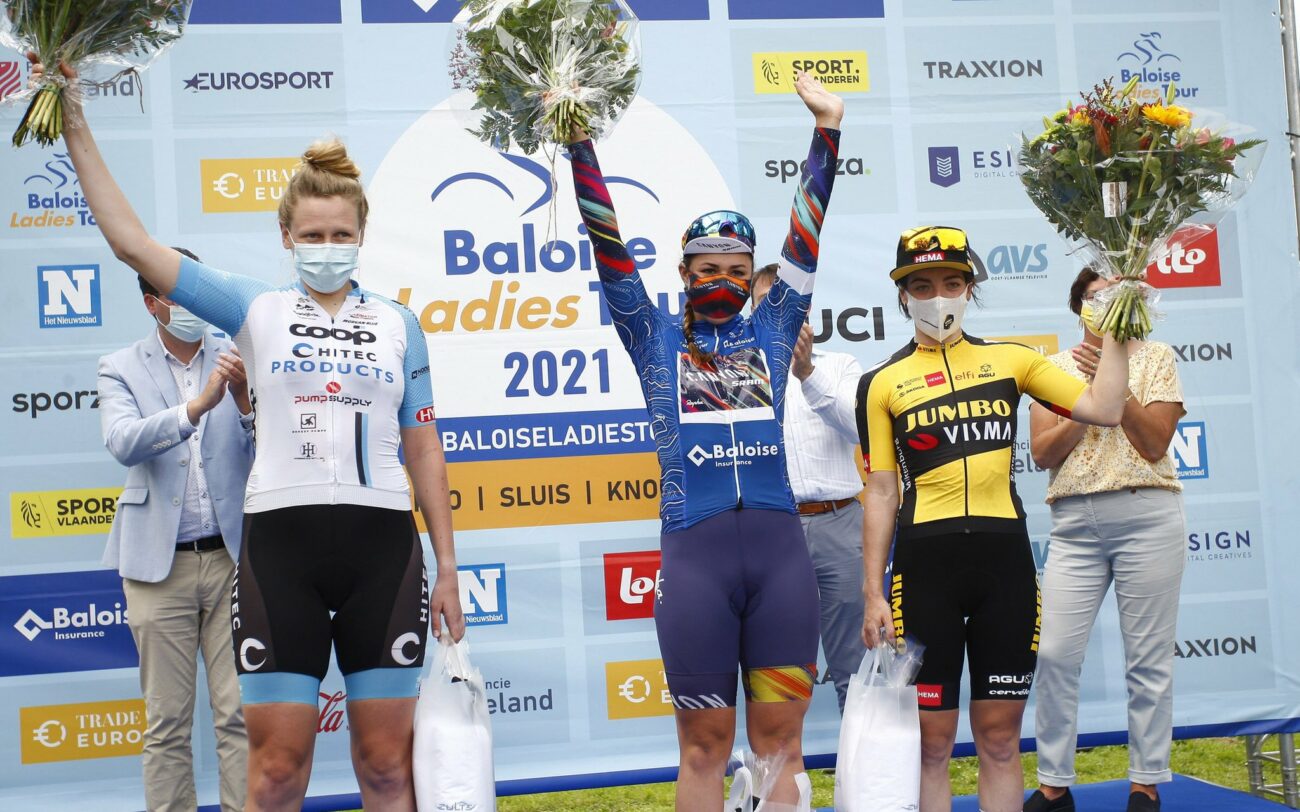 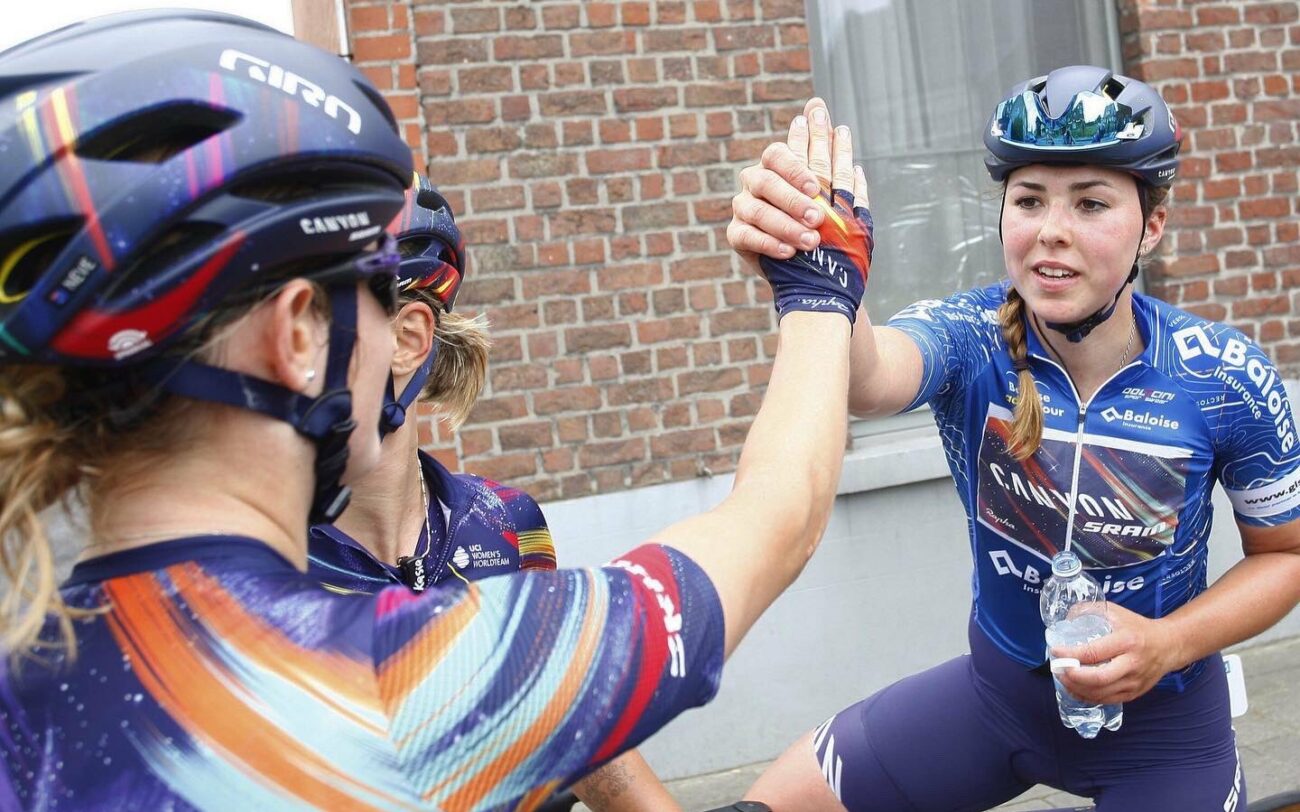 Lisa Klein successfully defended her 2019 general classification win in the Baloise Ladies Tour after yesterday’s final stage in Zulte, Belgium. Supported by her teammates Klein went into the stage with an eleven second advantage and won the four-day tour by fourteen seconds.

“It was a clear goal for us to defend the GC. My teammates were working well and we were always well-positioned in the front. I felt supported and safe for all of the stage,” explained Lisa.

“The first technical section we took from the front and passed it easily together and on the laps we covered attacks. I went for the first bonus sprint and Kasia and myself went for the second sprint. We tried a lead out for Alice in the final but it wasn’t great. We got swamped with 1.5 kilometres to go. I lost Alice’s wheel in the last corner and I could not make my way back. It was pretty hectic and it’s disappointing we couldn’t give it all for Alice in the final sprint.”

“After winning the GC it gives me a lot if motivation. I am grateful for all the support I received the last days. I had teammates that were real fighters here and I am proud to race with them,” said Lisa.

Hannah Ludwig also had a successful tour with third in the prologue and the individual time trial stage, and the CANYON//SRAM Racing rider finished second in the youth classification. Both Lisa and Hannah will represent Germany at the Tokyo Olympic Games.

Teammate Kasia Niewiadoma used the Baloise Ladies Tour as part of her final preparation before the Olympic road race later this month.

“After weeks working only on my climbing abilities it was good to get some speed on the Belgian roads. I feel the smaller races are raced just as hard as World Tour ones as all the riders are eager to show their abilities,” said Kasia.

“The stages were very fast with lots of action happening all the time. We had a great race with the team fighting for the leader jersey, and I’m very pleased we were able to bring it home.”