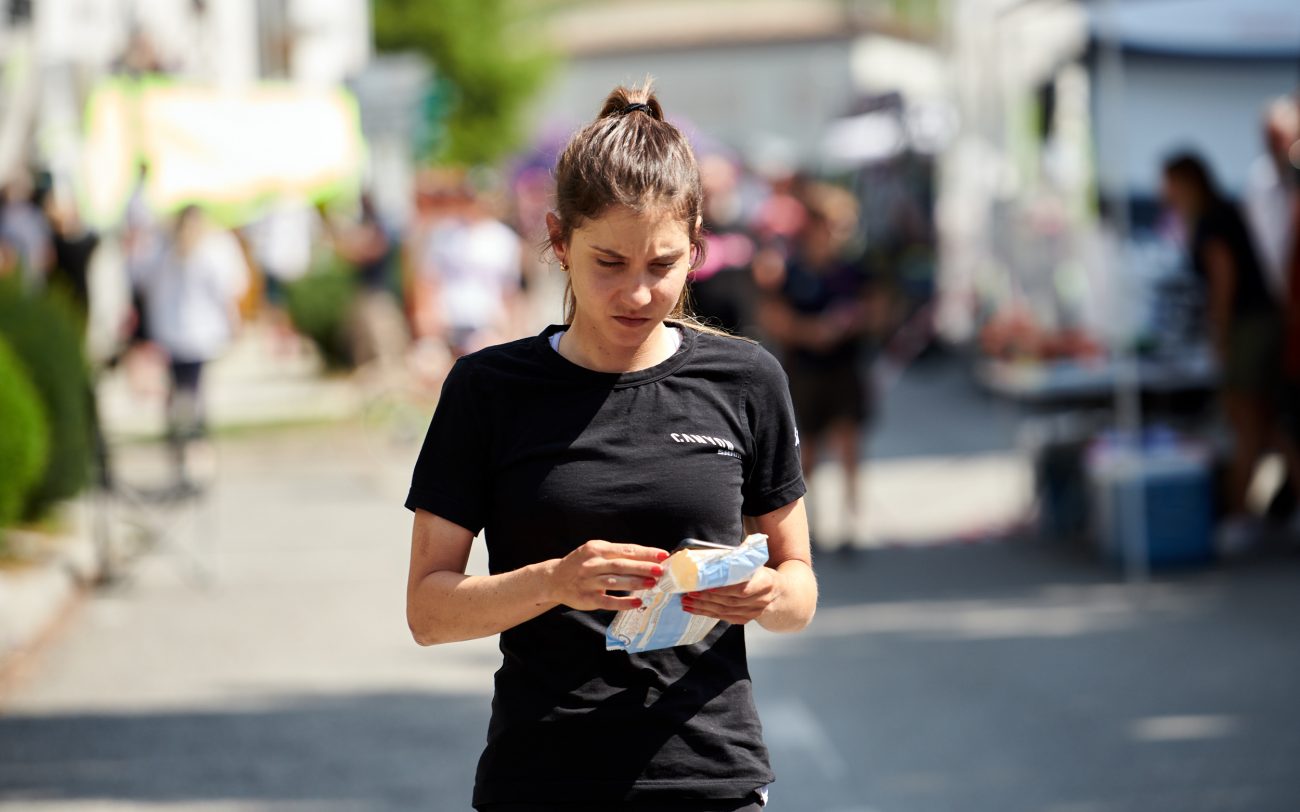 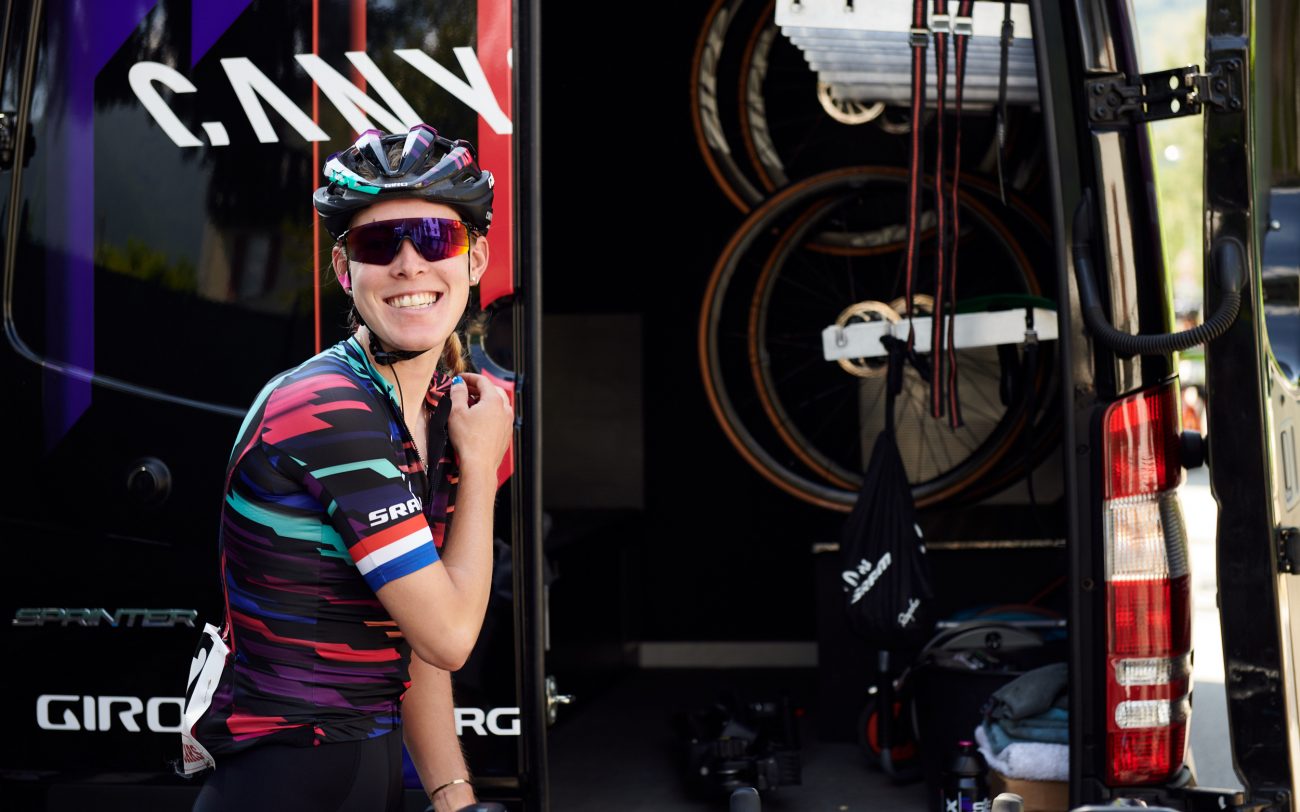 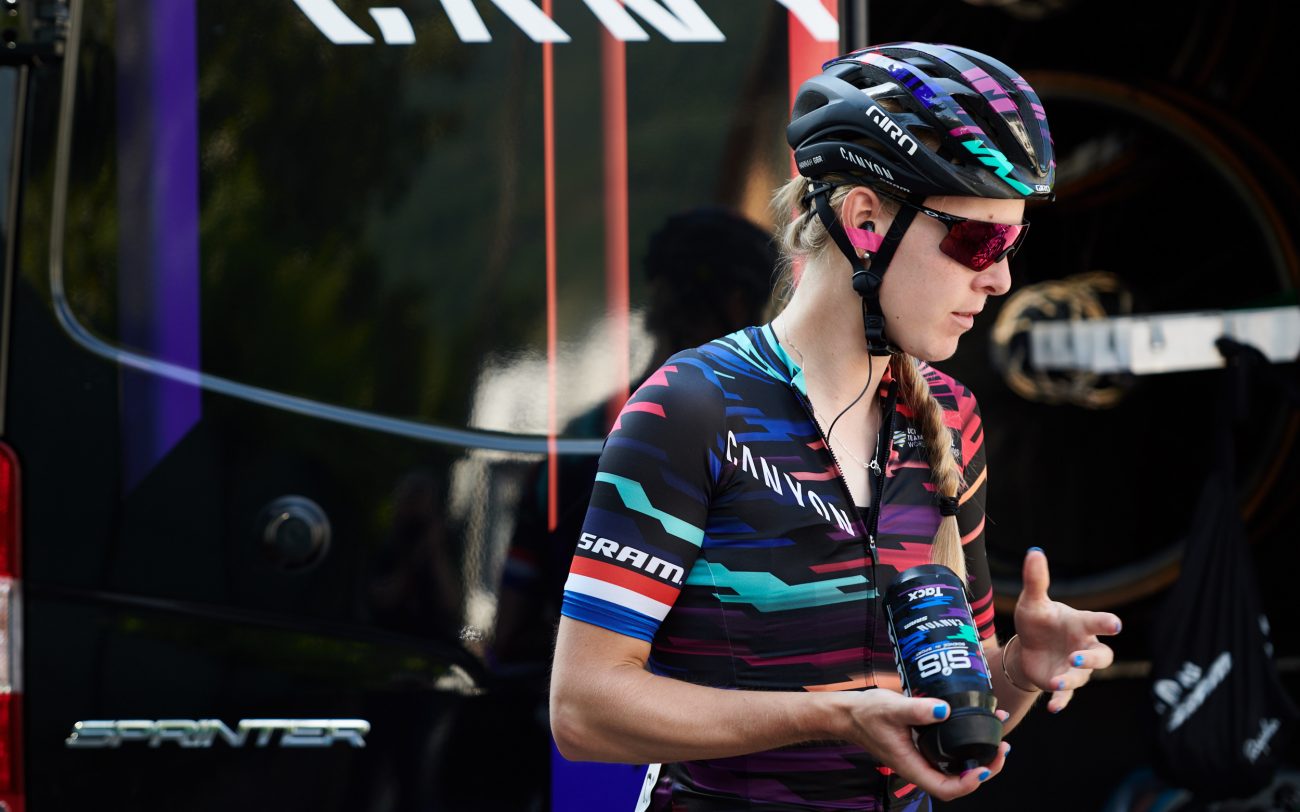 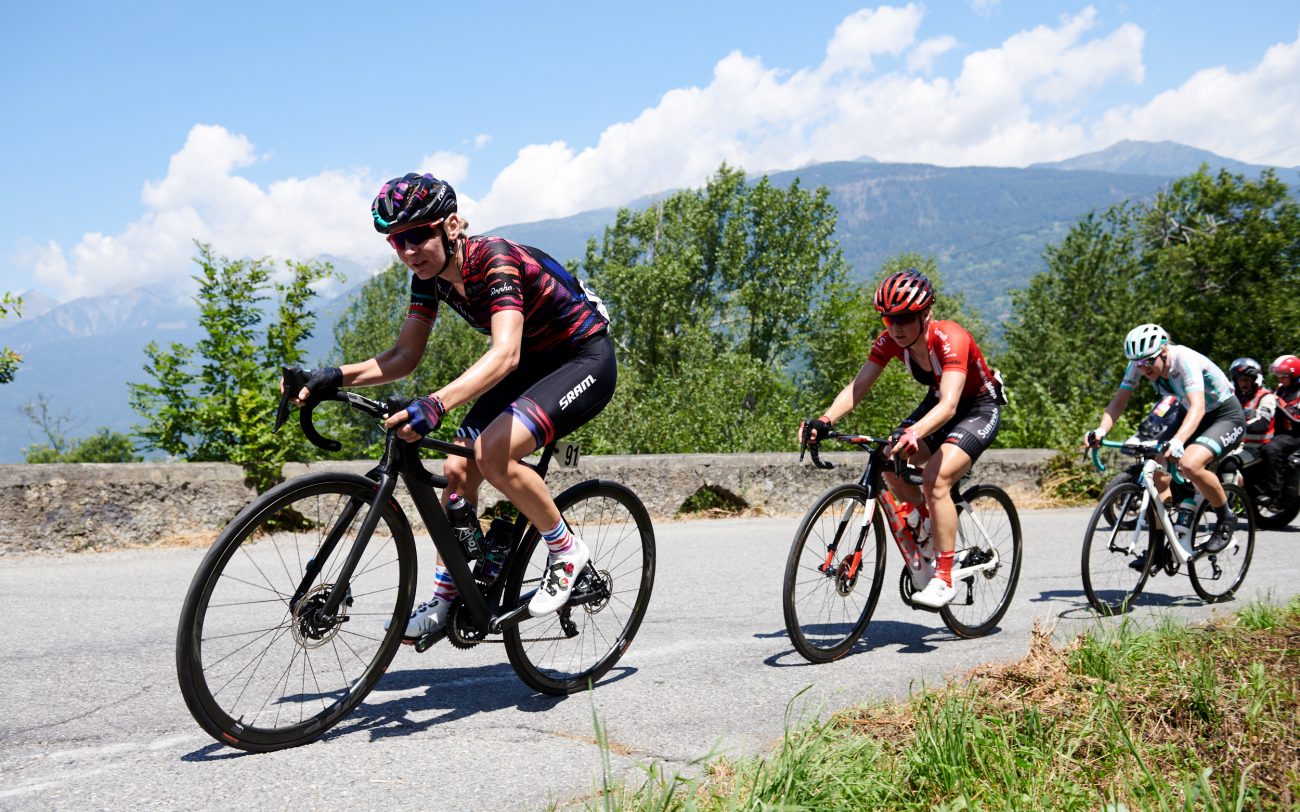 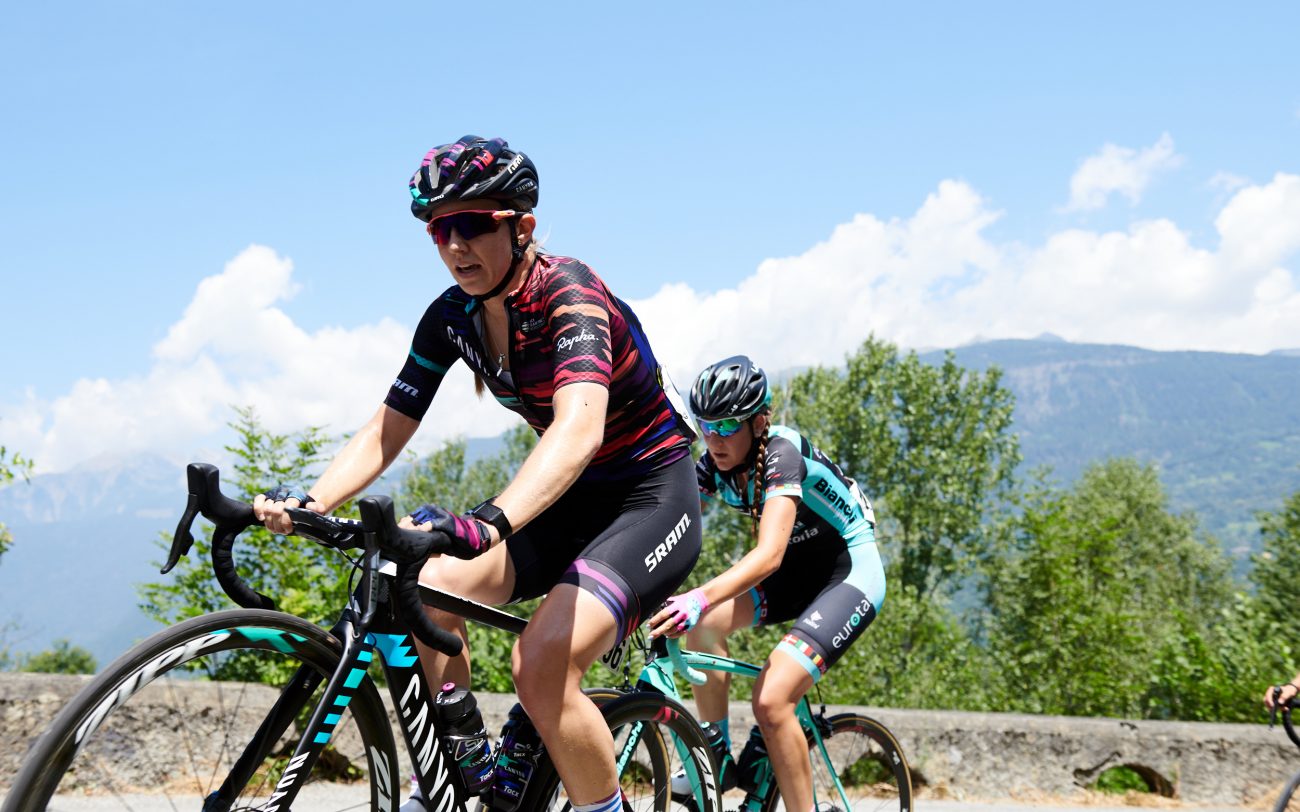 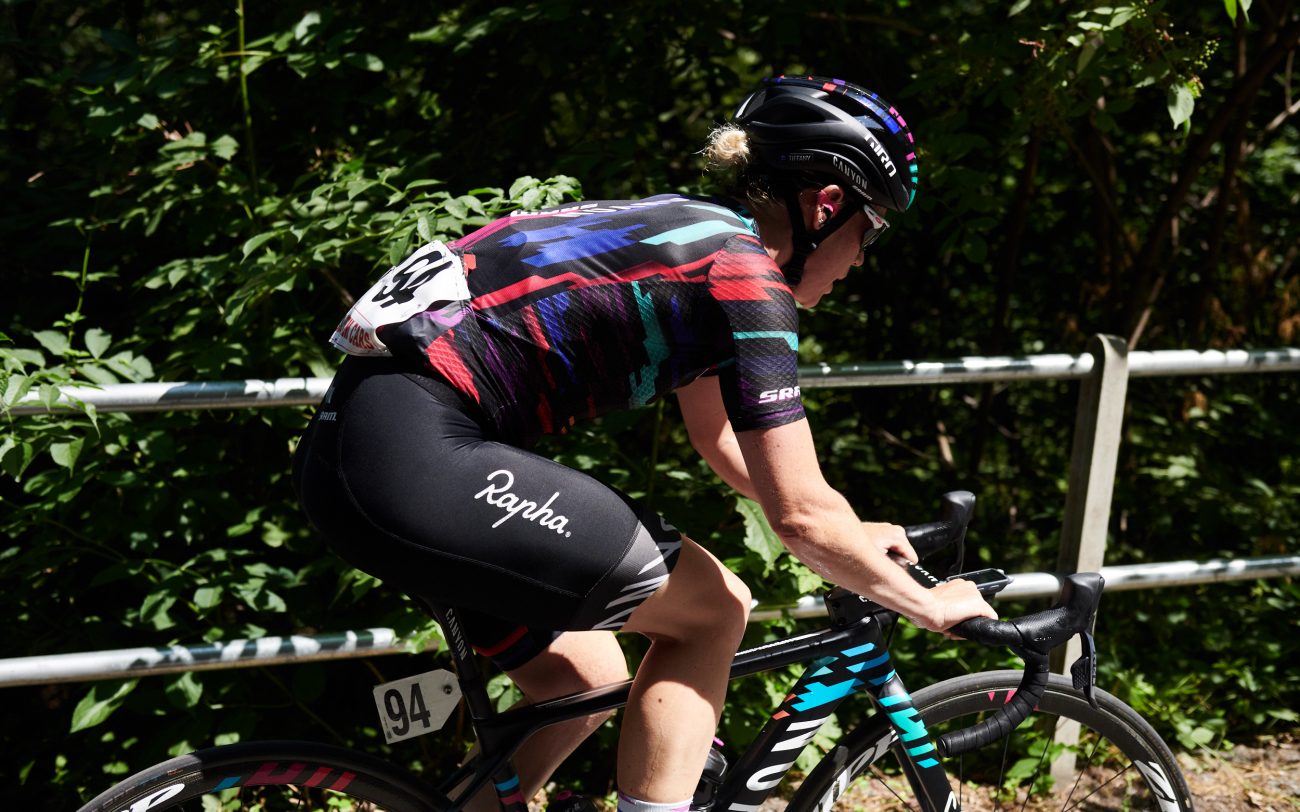 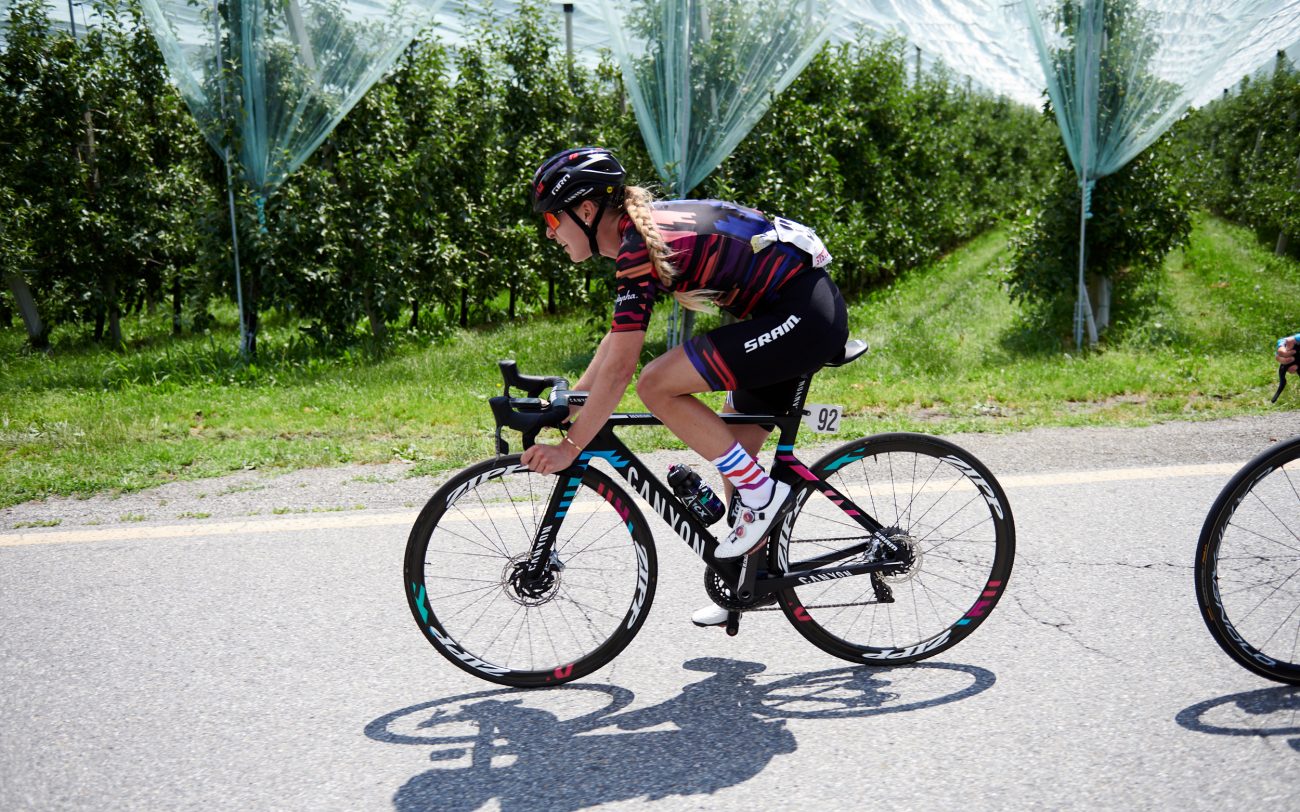 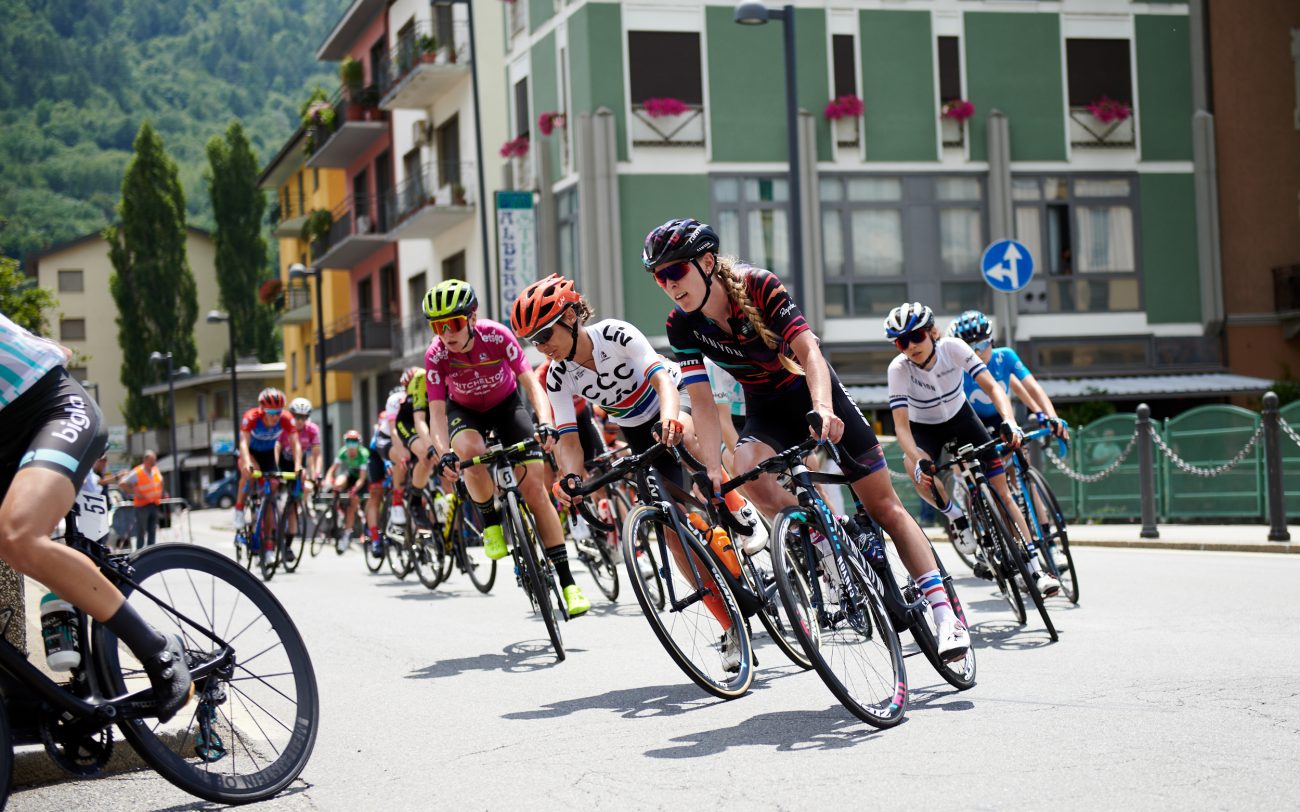 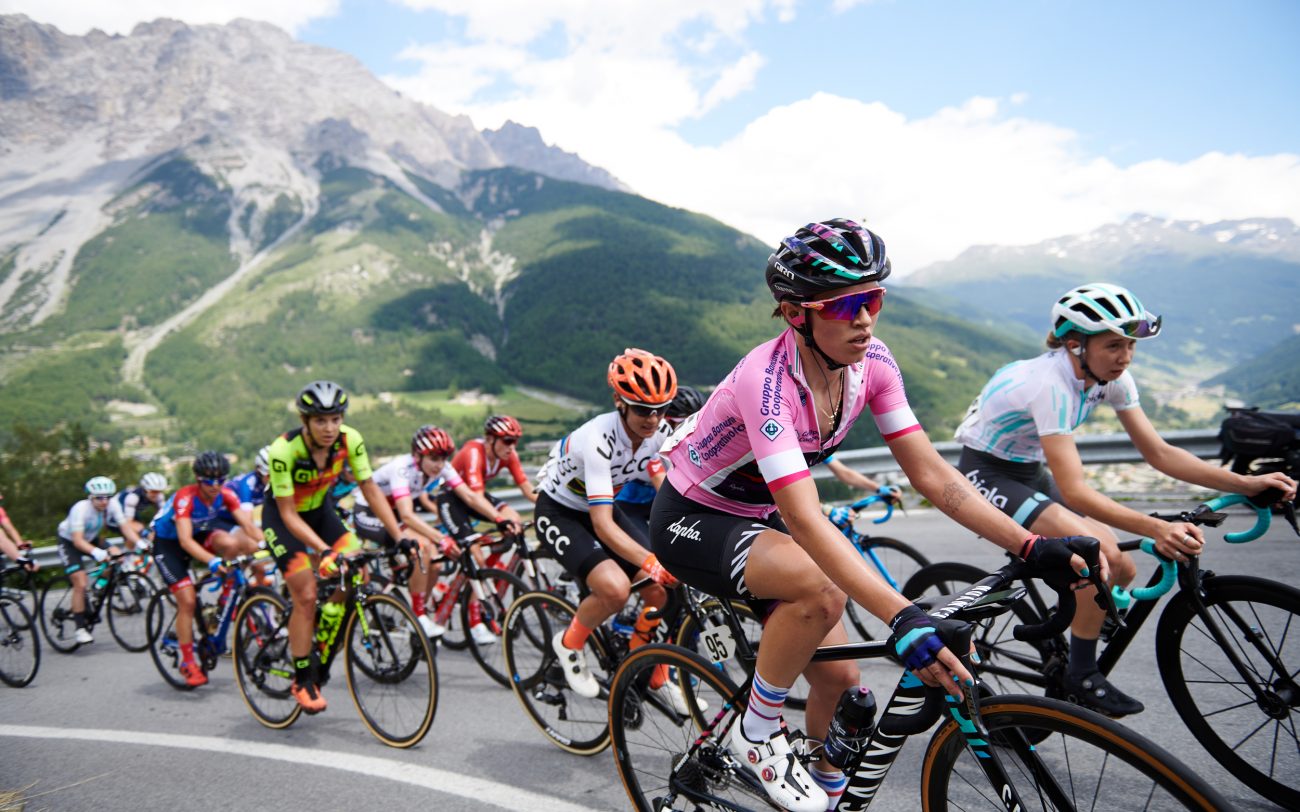 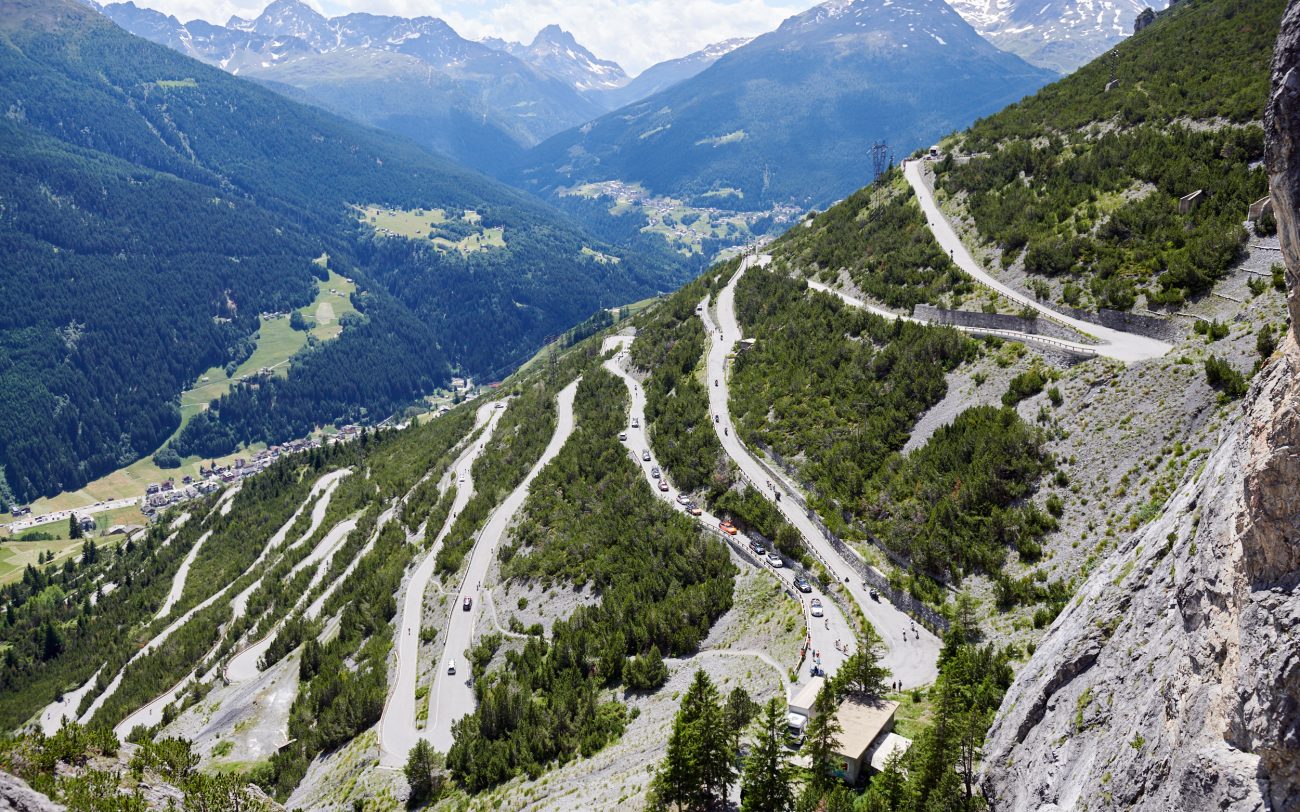 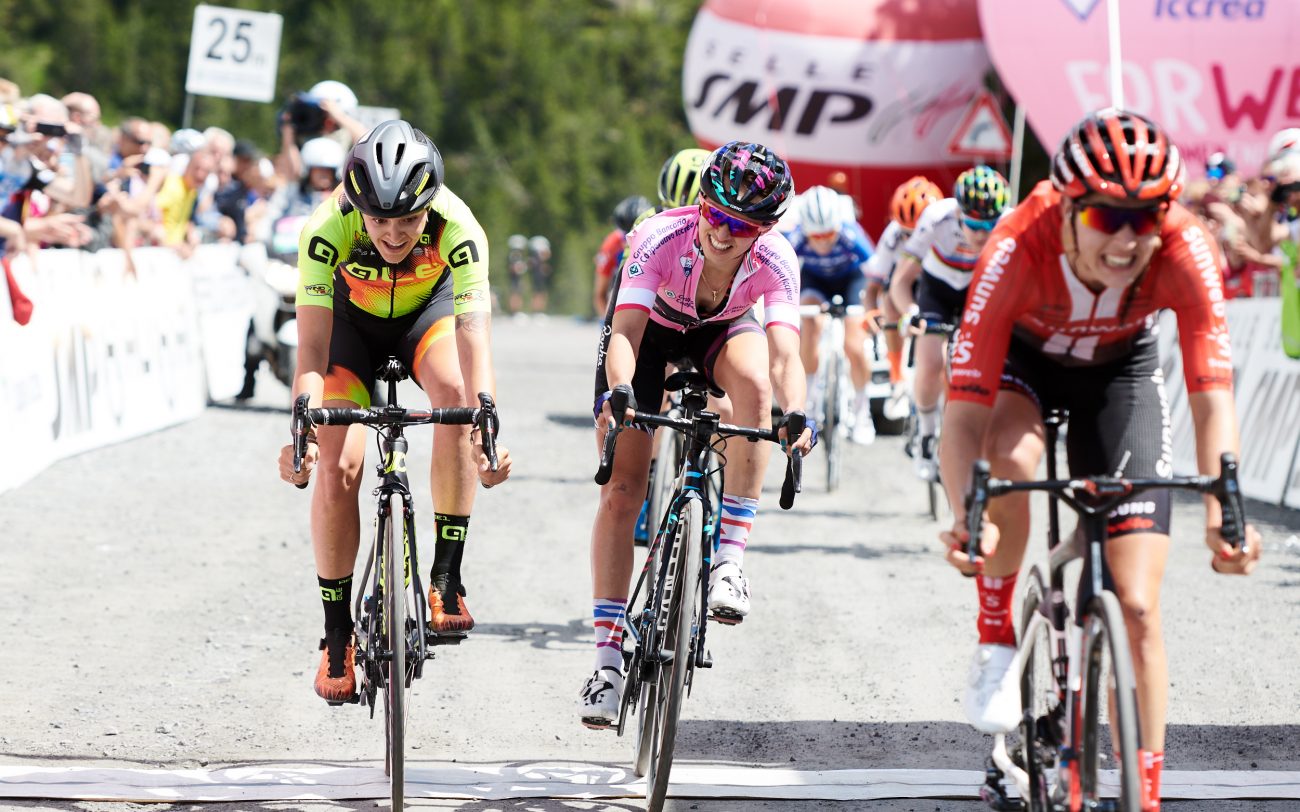 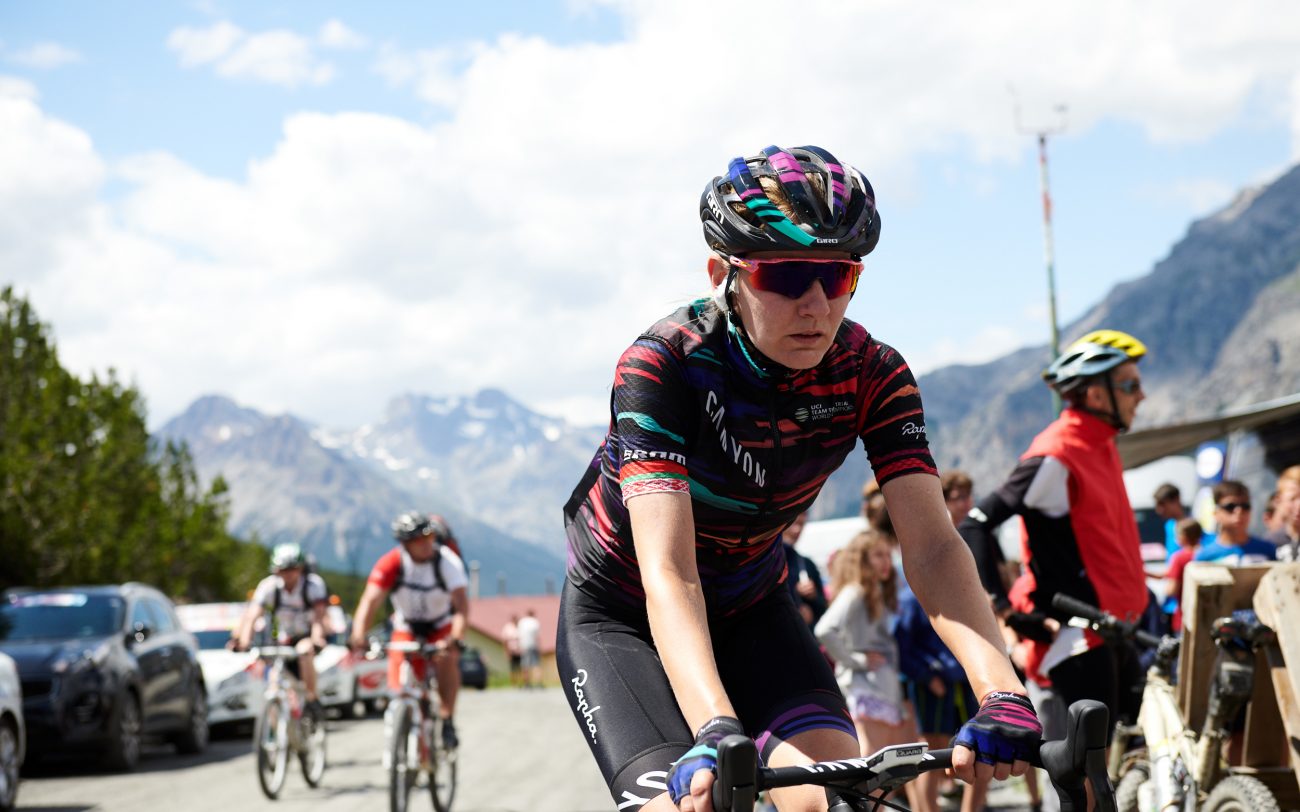 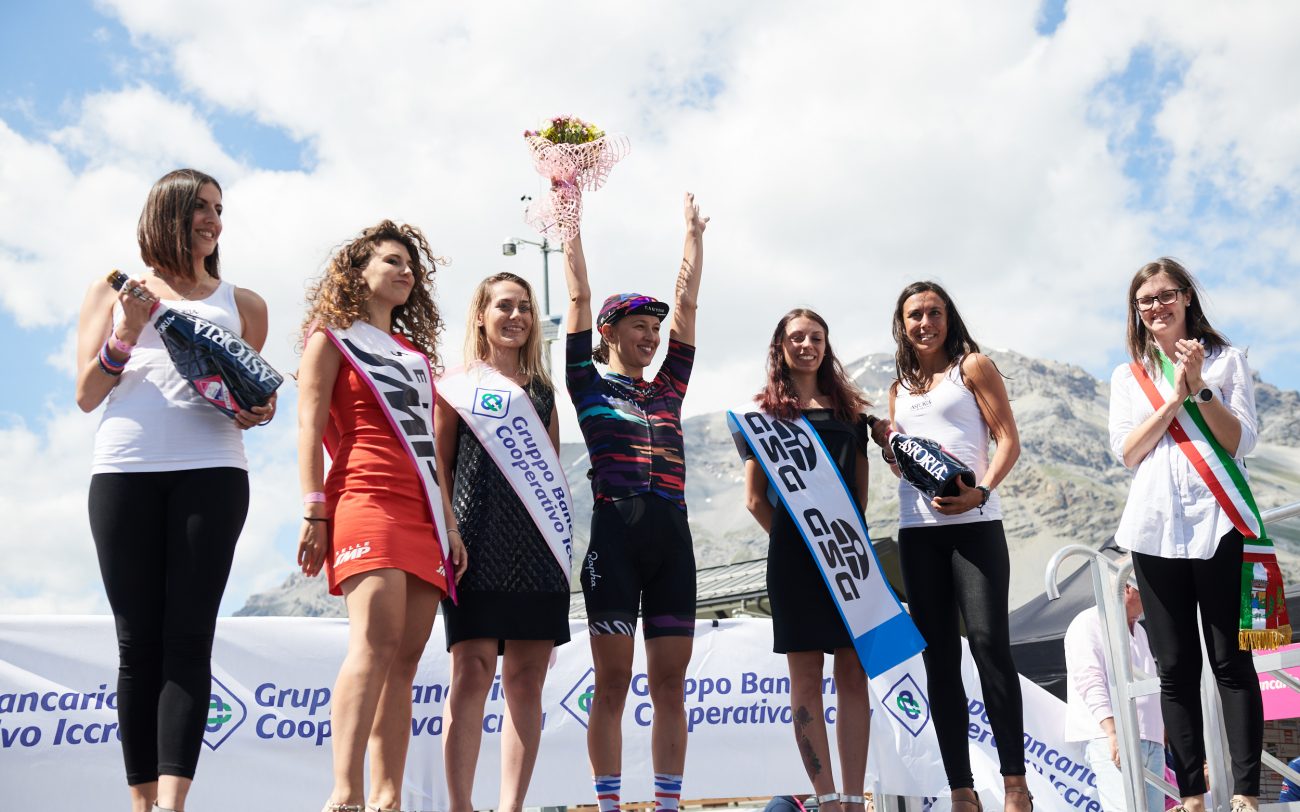 Kasia Niewiadoma finished third on the 88km fifth stage today as the Giro Rosa Iccrea moved into the mountains in the Lombardy region of Italy. The stage was won solo by Annemiek van Vleuten (MTS) while Lucinda Brand (SUN) and Niewiadoma took the podium places from a small chase group of eight riders..

“It was hard from the start of the stage. The first climb there were a lot of teams really trying to animate the race,” said Niewiadoma.

As a small group came to the final 11km climb up to Lago di Cancano, there were just two riders to reel in. Van Vleuten attacked out of the chase group and went straight passed the breakaway riders to solo to victory and the lead overall. Niewiadoma fought hard in the group that chased and the CANYON//SRAM Racing rider was rewarded with second place in the sprint to give her third on the stage.

“Annemiek was a well-deserved winner today because she was insanely strong. I had to just keep my own pace in the chase group behind. There were some very, very hard moments and a few attacks in that group. I just focused on myself and my abilities on this climb. I was trying to ride smart and not go with the constant accelerations, and for me this worked.”

“I gave everything and I’m just ready to get back to the hotel and recover now!” added Niewiadoma.

Tomorrow’s 12.1km individual time trial stage six, is all uphill from Chiuro to Teglio in Sondrio, Italy. Ahead of the stage, Niewiadoma sits second in the general classification, +2:02 minutes, while Omer Shapira is sixteenth +6:17 minutes, and Alena Amialiusik twentieth with +7:02 minutes.

Follow on Twitter with #UCIWWT. Video highlights in Italy will be on Rai Sport and Rai 2, and outside Italy post-stage highlights on PMG Sport, here on Voxwomen 18:30CEST daily, and race highlights on GCN Racing.