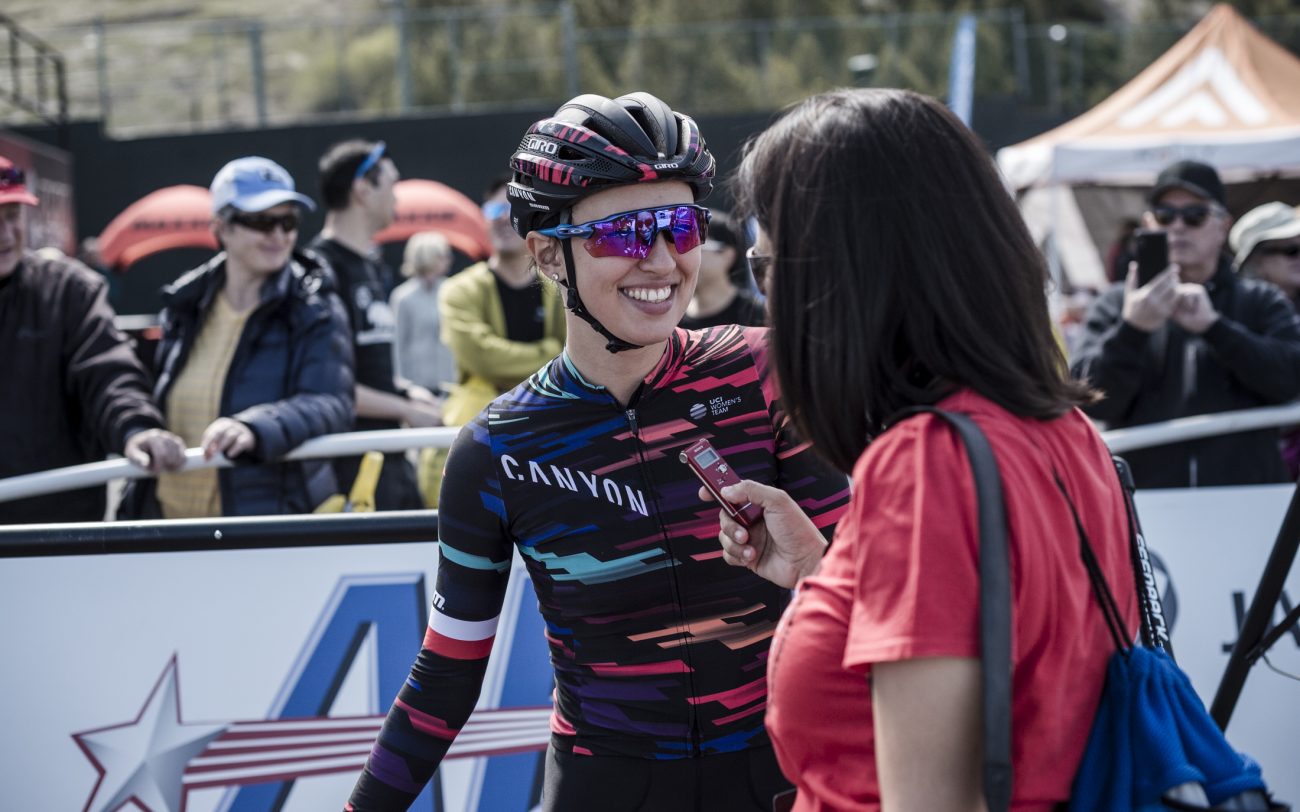 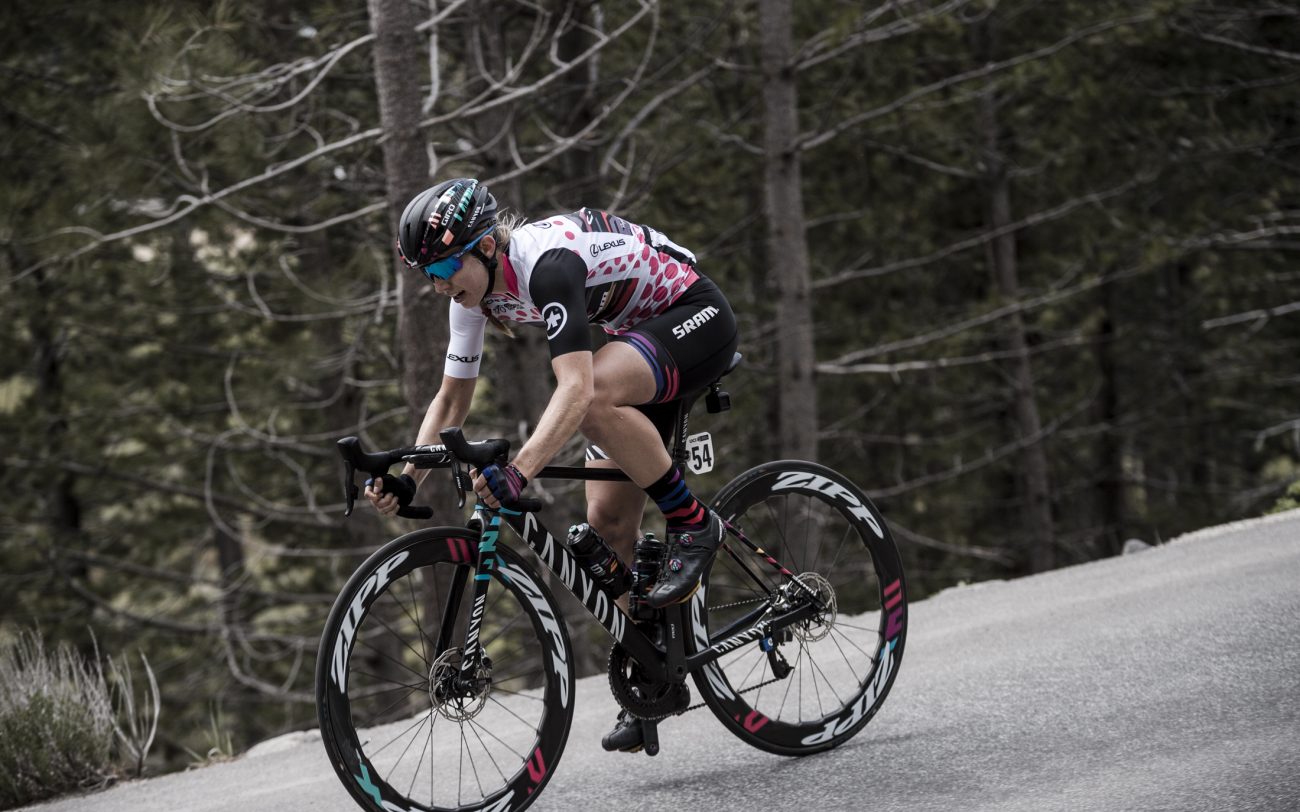 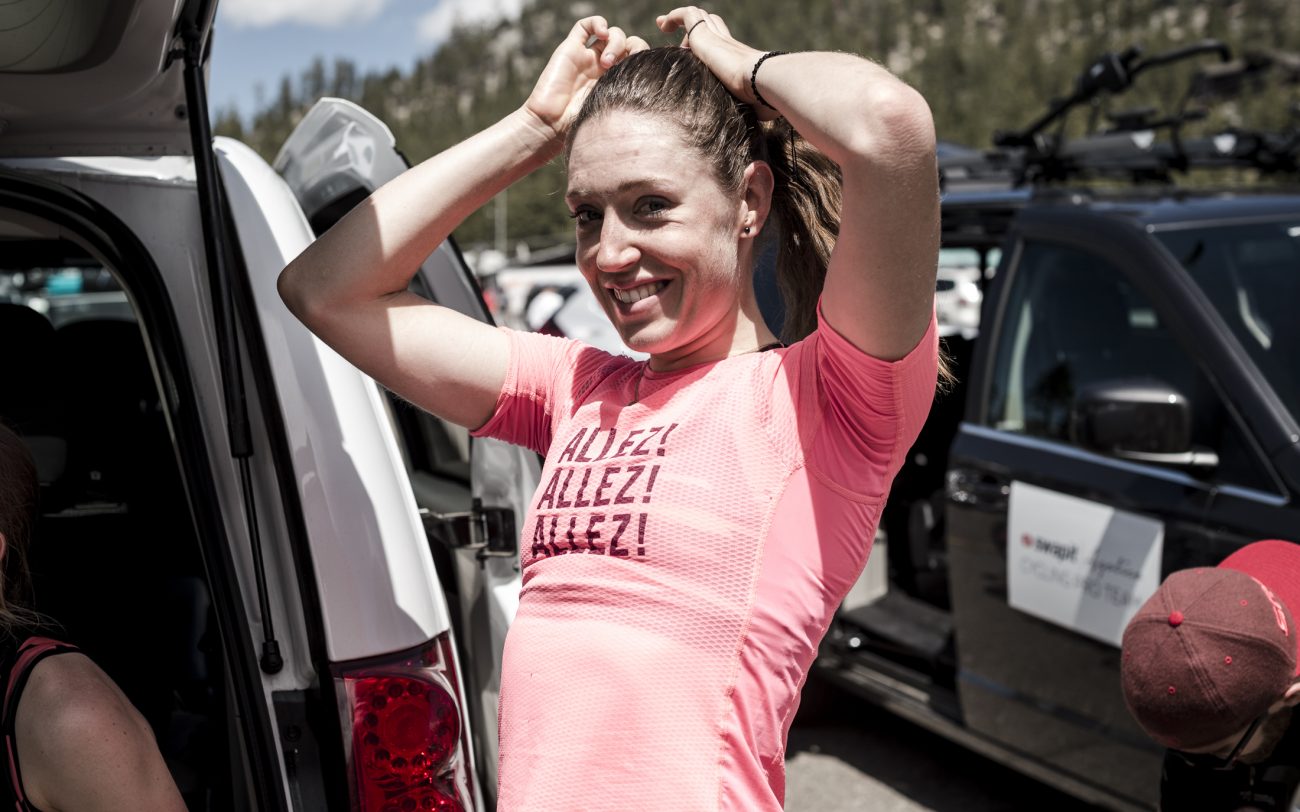 Kasia Niewiadoma finished third yesterday in the queen stage two of Amgen Tour of California Empowered with SRAM in South Lake Tahoe. The stage win, and now new leader, went to Katie Hall (UHC).
With only one early breakaway of the day, it was all down to the Kingsbury Grade climb to the Daggett Summit, the main QOM of the day. It was more a race of attrition as the peloton dwindled in numbers with every passing kilometre of the 12km climb.
“I felt quite okay until a certain moment where I just blew up! It’s hard to understand or explain what happened but I just felt as if somebody cut off my energy system and I went from feeling fairly comfortable on the bike to a barely riding zombie,” said Niewiadoma after the stage.
Hall escaped with another rider on the top of the main climb, and the duo raced to the finish. In the finish climb, Hall attacked to win the stage solo, while Niewiadoma won the sprint for third place.
“It was an extremely hard final of today’s stage! The last kilometre seemed to be so long! The steep and wide roads made it look even harder. During the stage I had a lot of support from my team! Alexis and Trixi especially were amazing today so I’m sad that I couldn’t finish their work with a better result!”
“At the same I’m super impressed with Katie Hall’s way of racing! She’s super strong and well deserved winner today,” added Niewiadoma.
The final stage tomorrow is a circuit race in Sacramento. Action starts at 11:00 PST and can be followed on Twitter with #UCIWWT and #AmgenTOCwomen.