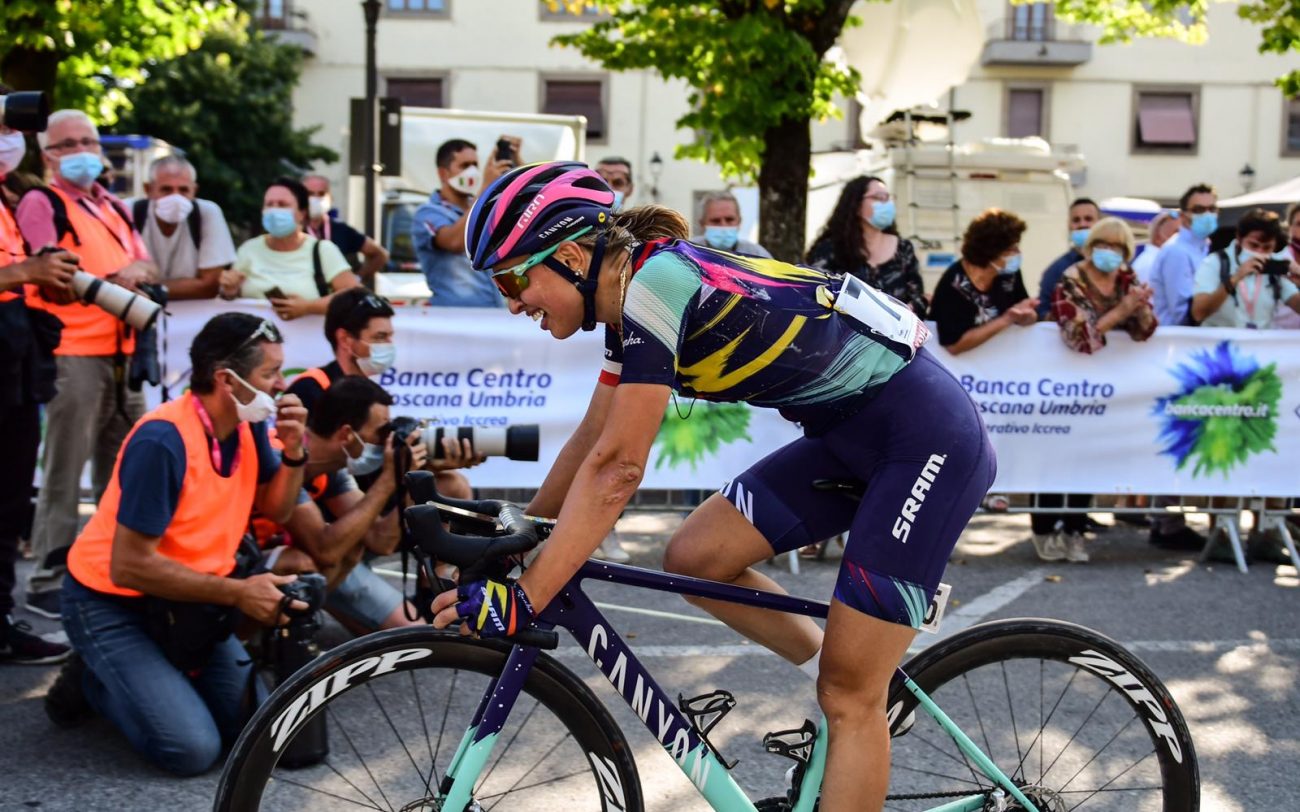 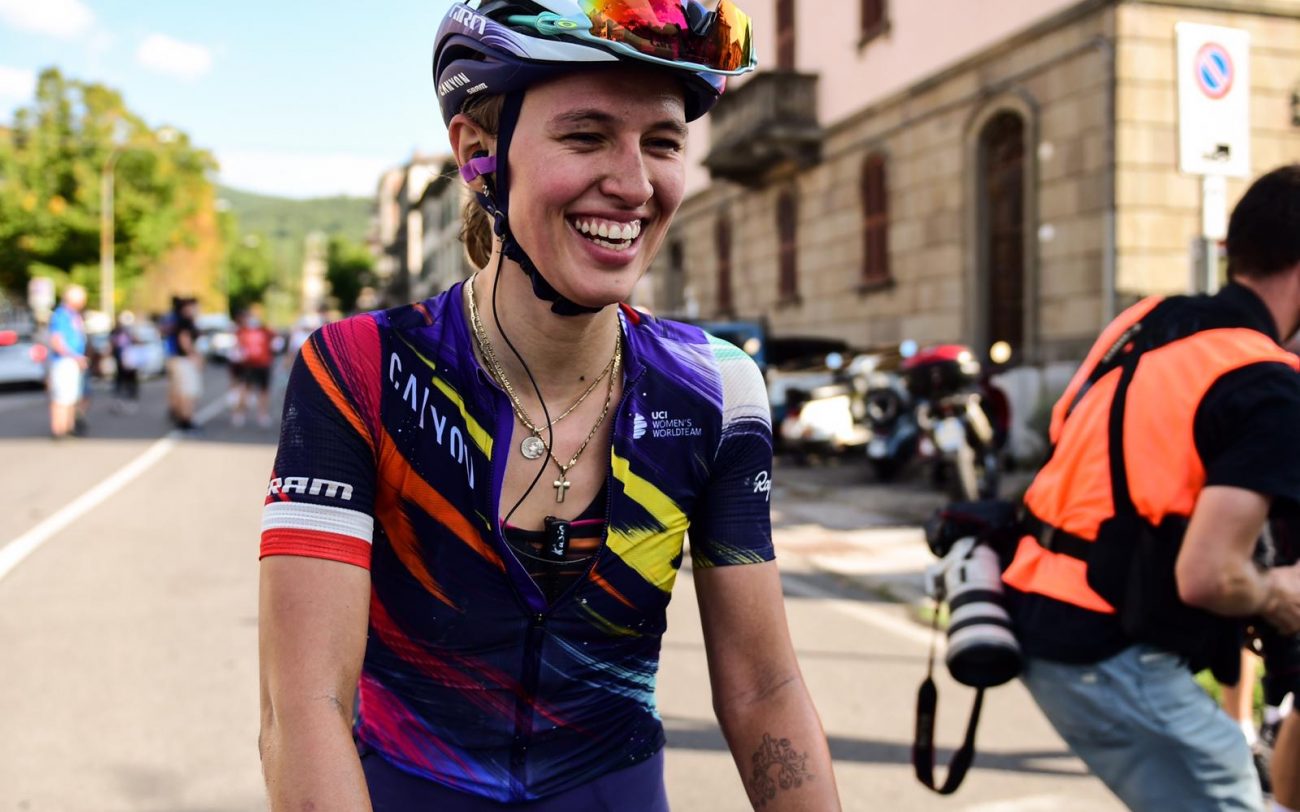 Kasia Niewiadoma finished third in today’s second stage of the Giro Rosa in Arcidosso, Italy. As anticipated, the general classification was re-shaped after the 122km stage that included two gravel sections. The stage was won solo by Annemiek van Vleuten (MTS), with Anna van der Breggen (DLT) passing Kasia in the final metres for second place.

“The last 25km were brutal. It was hot and quite hectic as everyone wanted to be in the front especially as we got closer to the final gravel section. My team did a great job as they were looking after me and they put me into position before the final climb,” described Kasia.

“When I saw van Vleuten attacking I knew I had to carry on with my own speed and pace. I kept fighting and at one point it was myself and Cecilie (Ludwig) working together to catch van der Breggen as van Vleuten was too far ahead. The last 300m I caught van der Breggen but she overtook me again on the line.”

“Today’s gravel sections were really difficult. It wasn’t really anything like Strade Bianche because here, even more so, you need to engage your whole body to stop your back wheel slipping on the steep rocky sections. It was hard but I’m happy with the third place for myself and the team,” added Kasia.