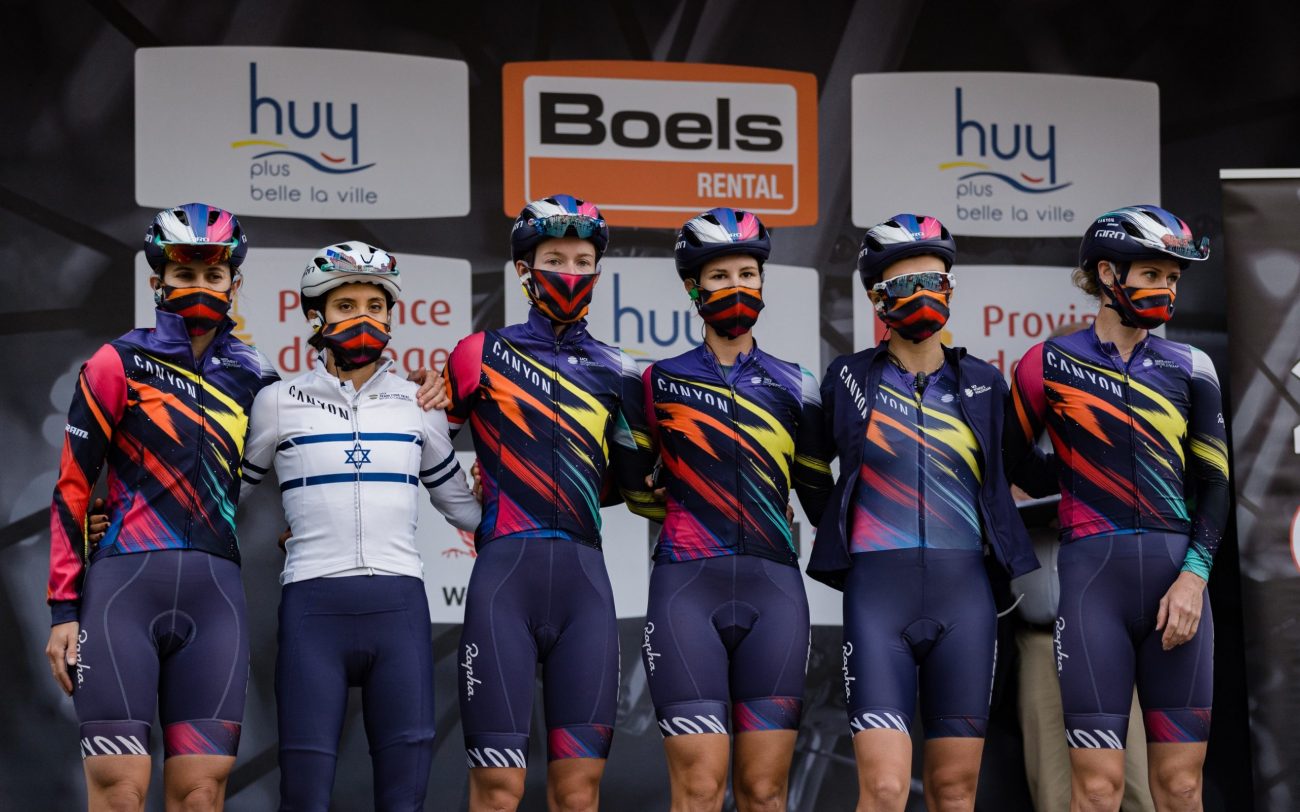 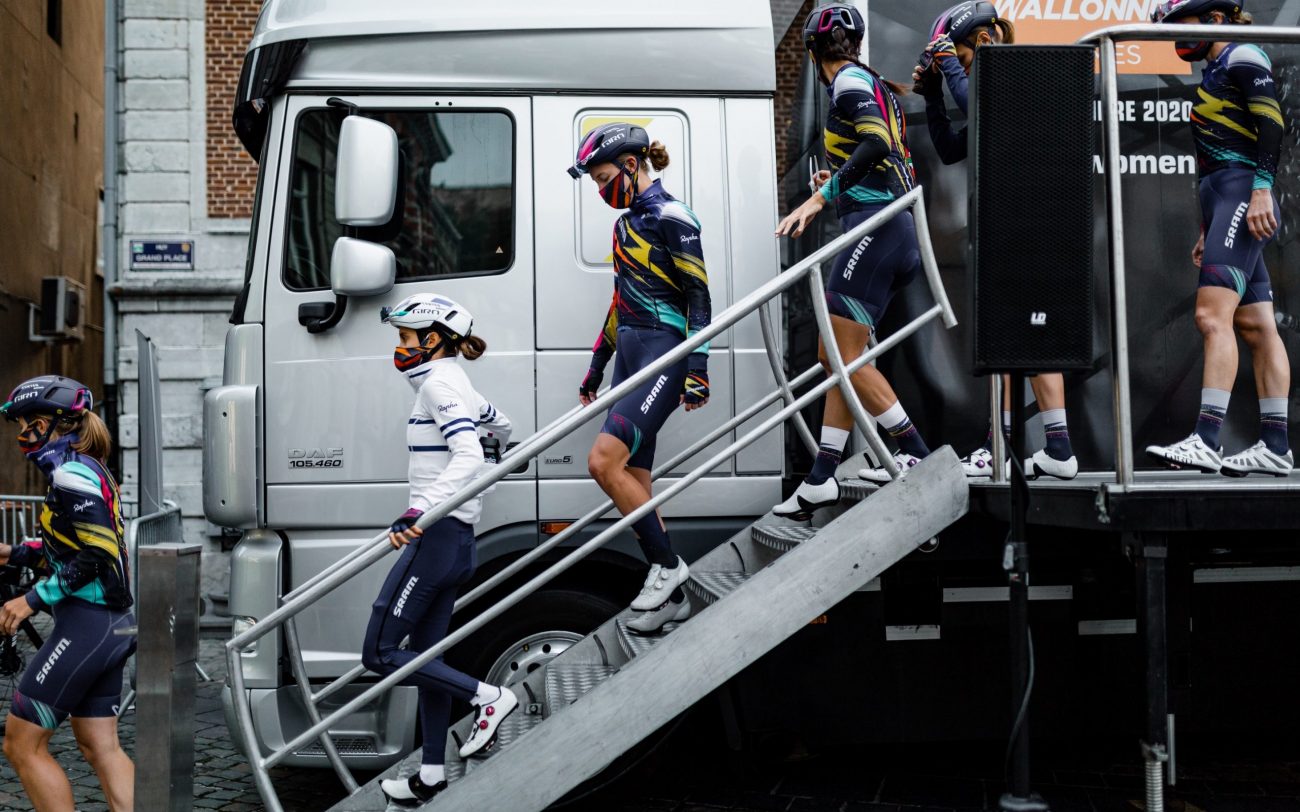 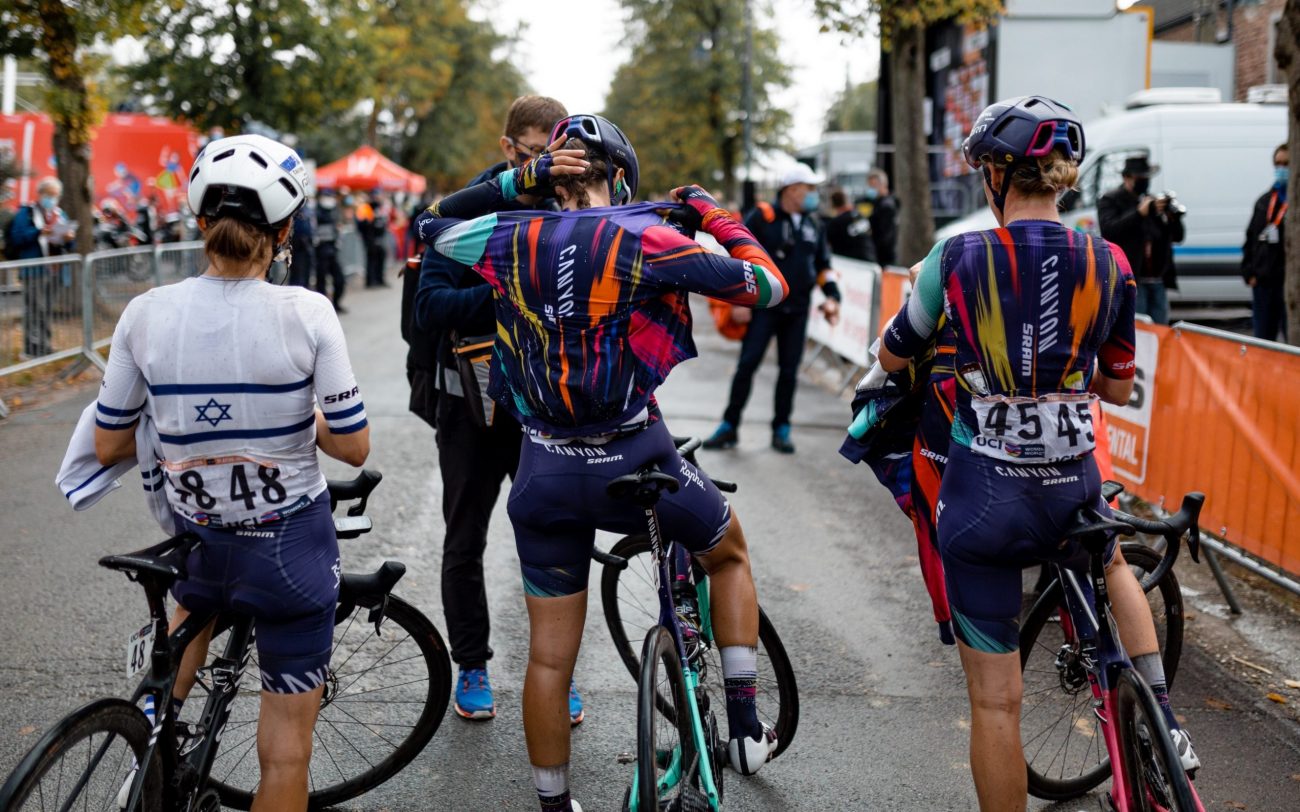 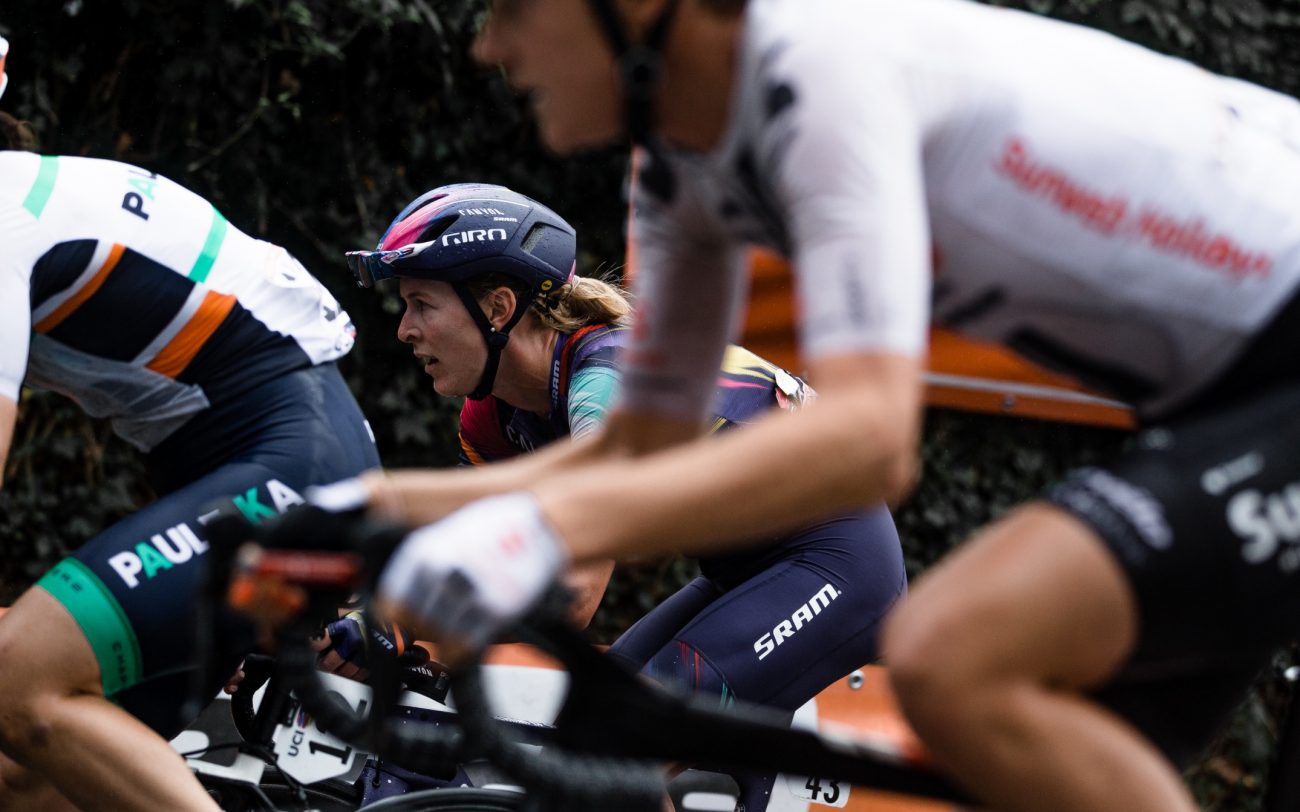 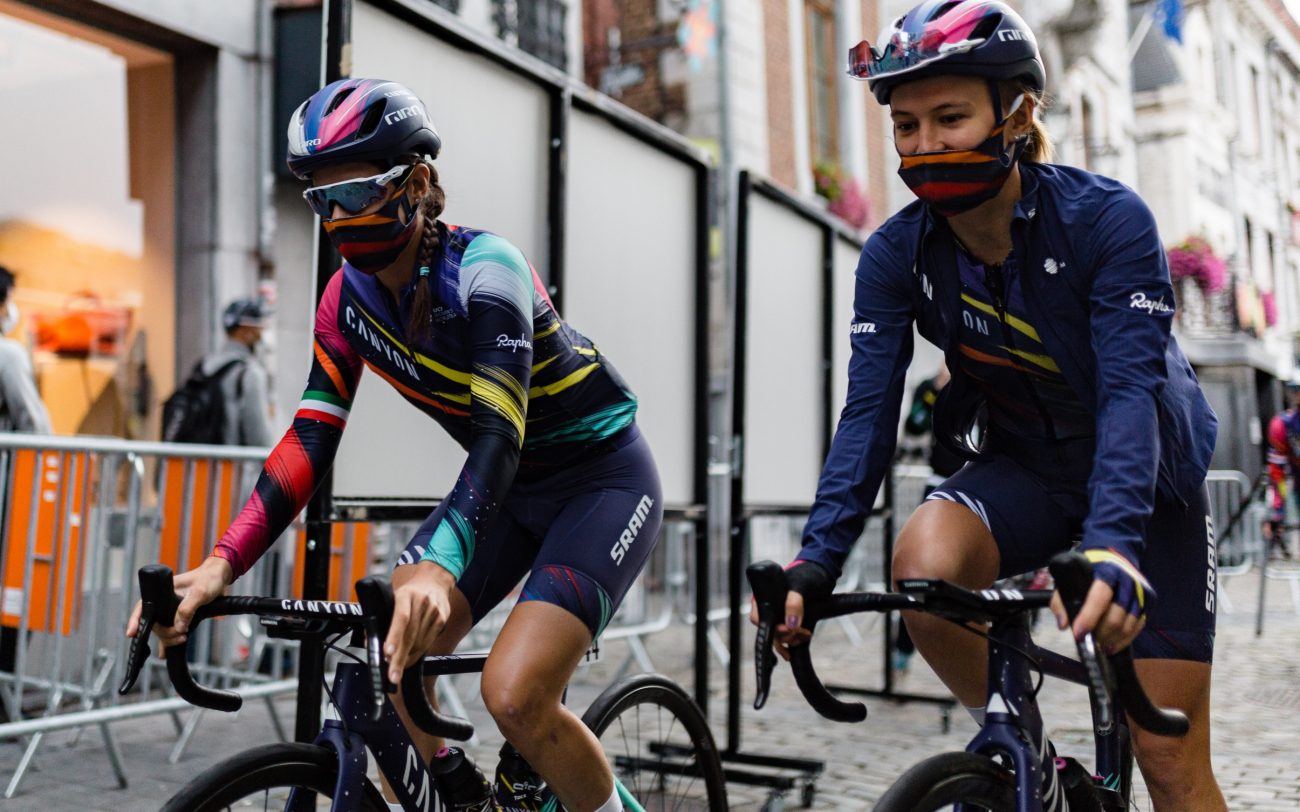 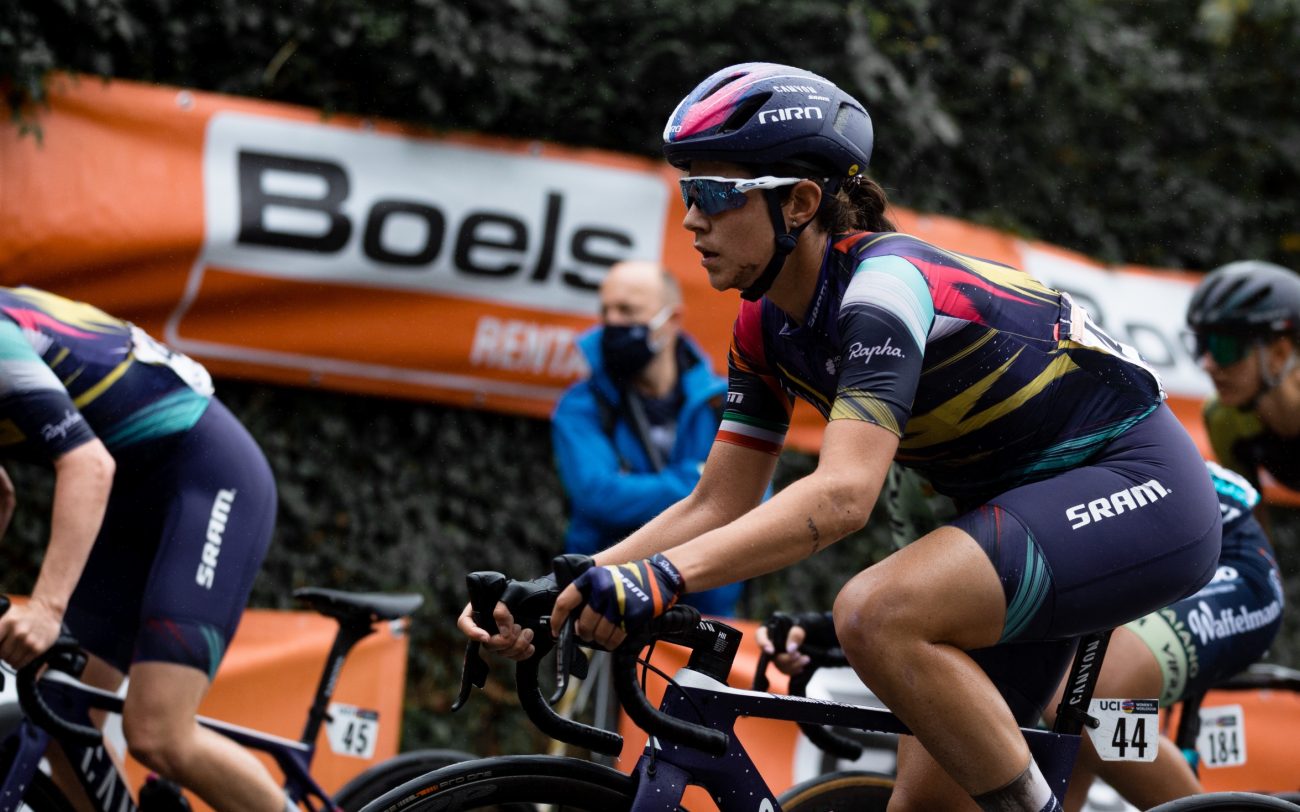 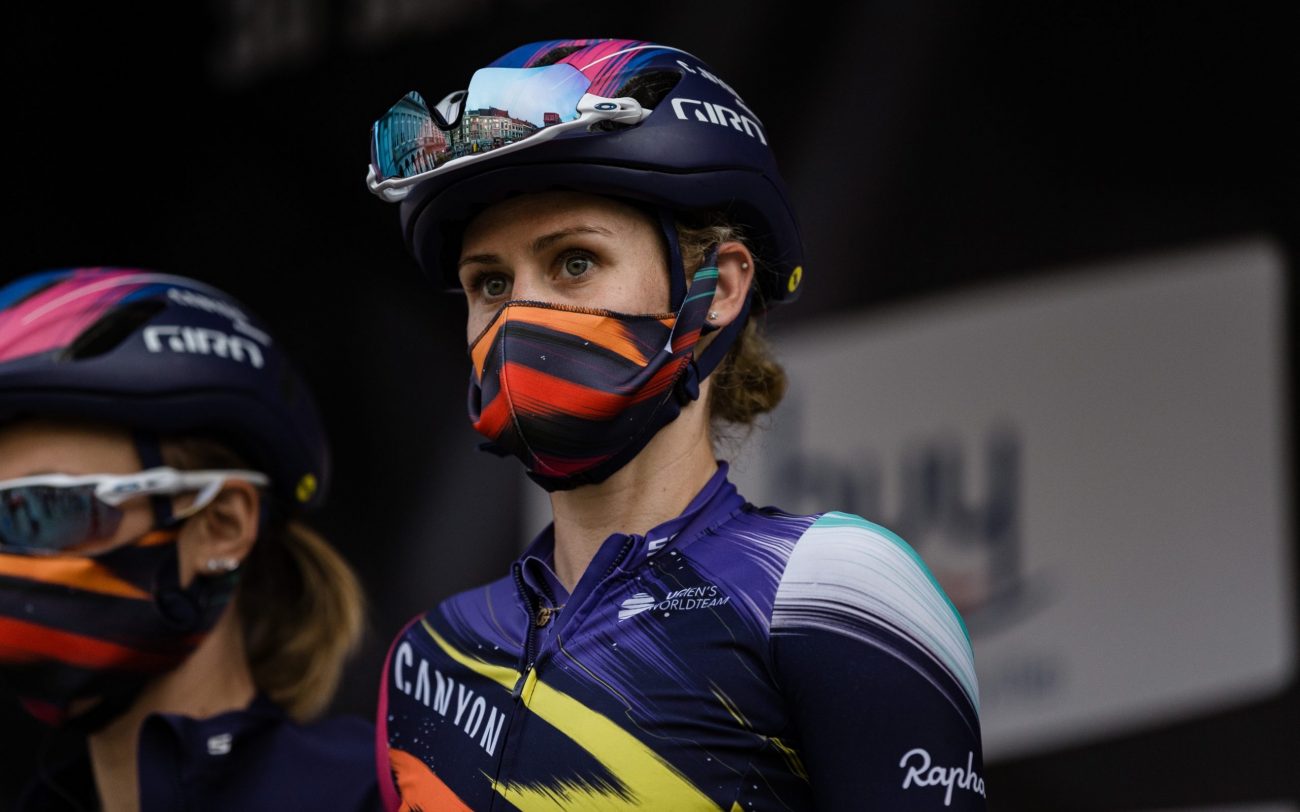 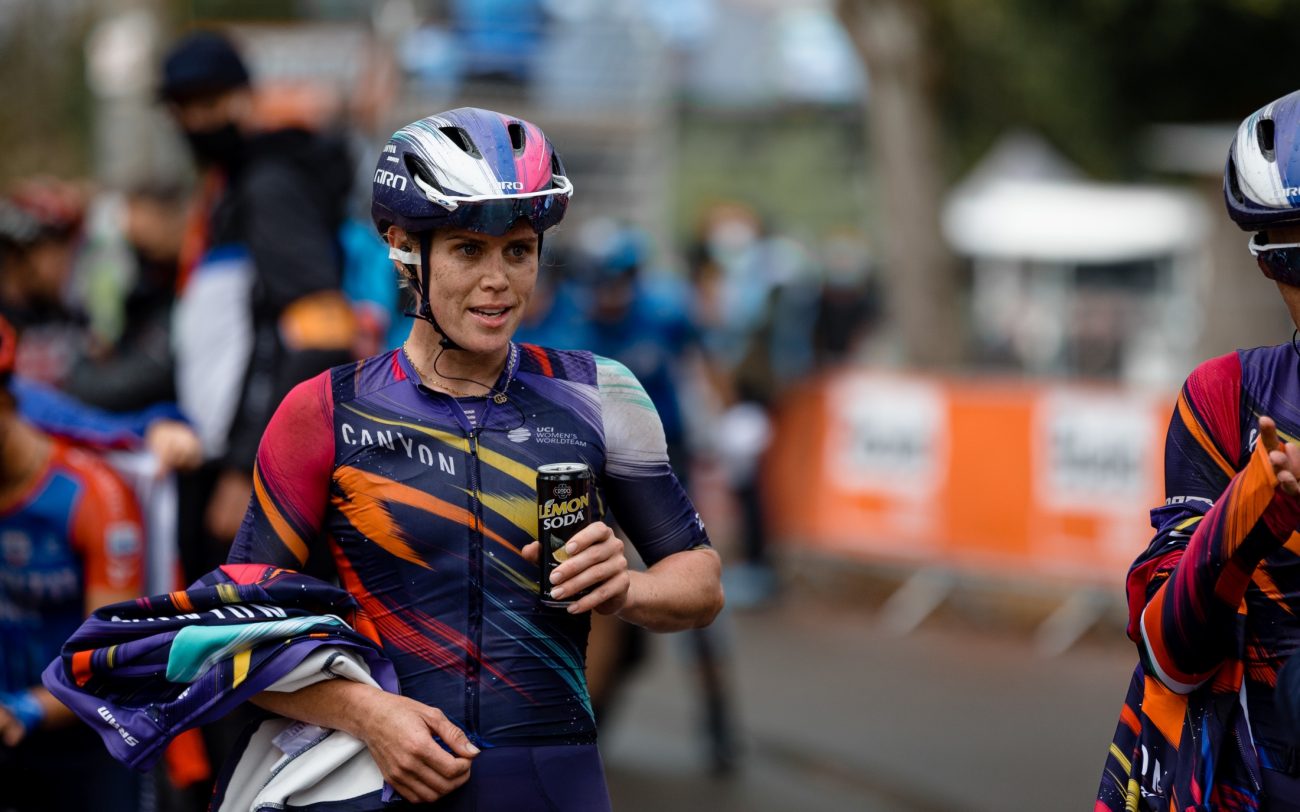 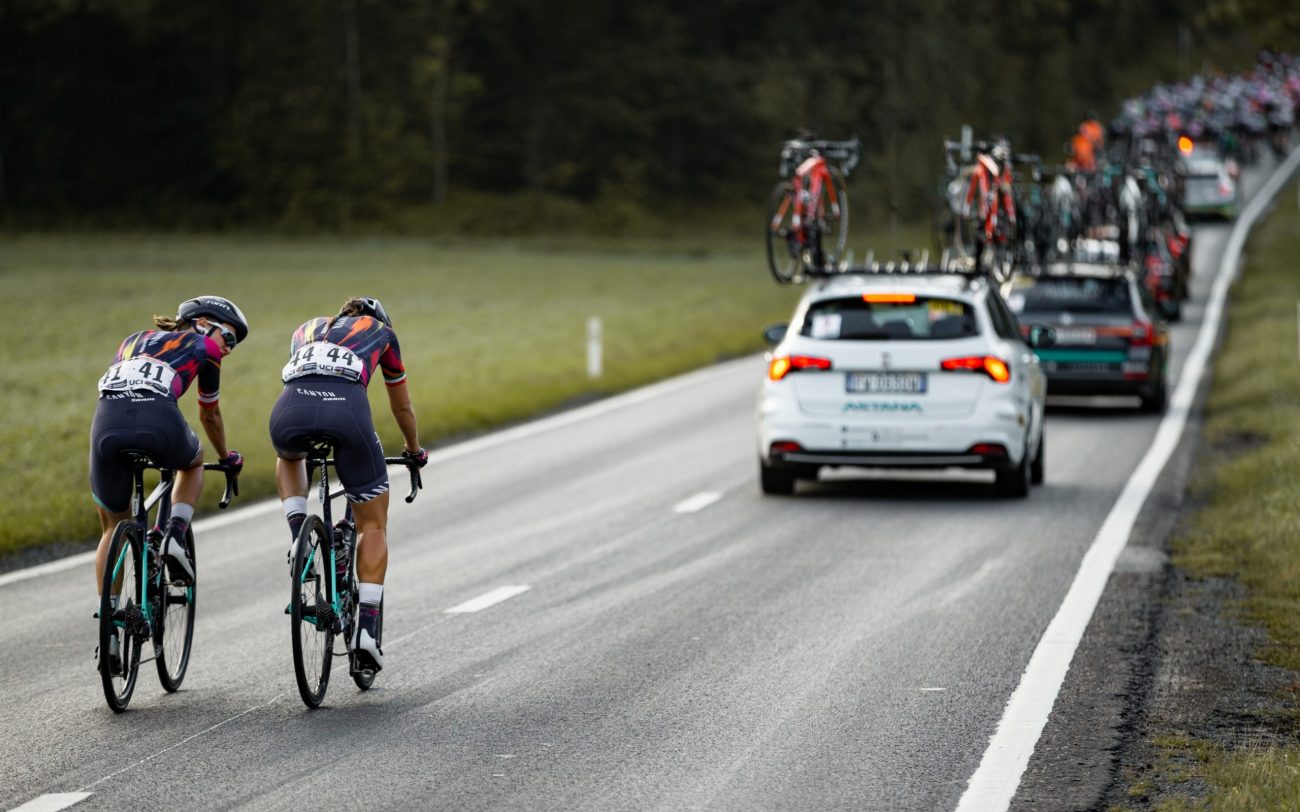 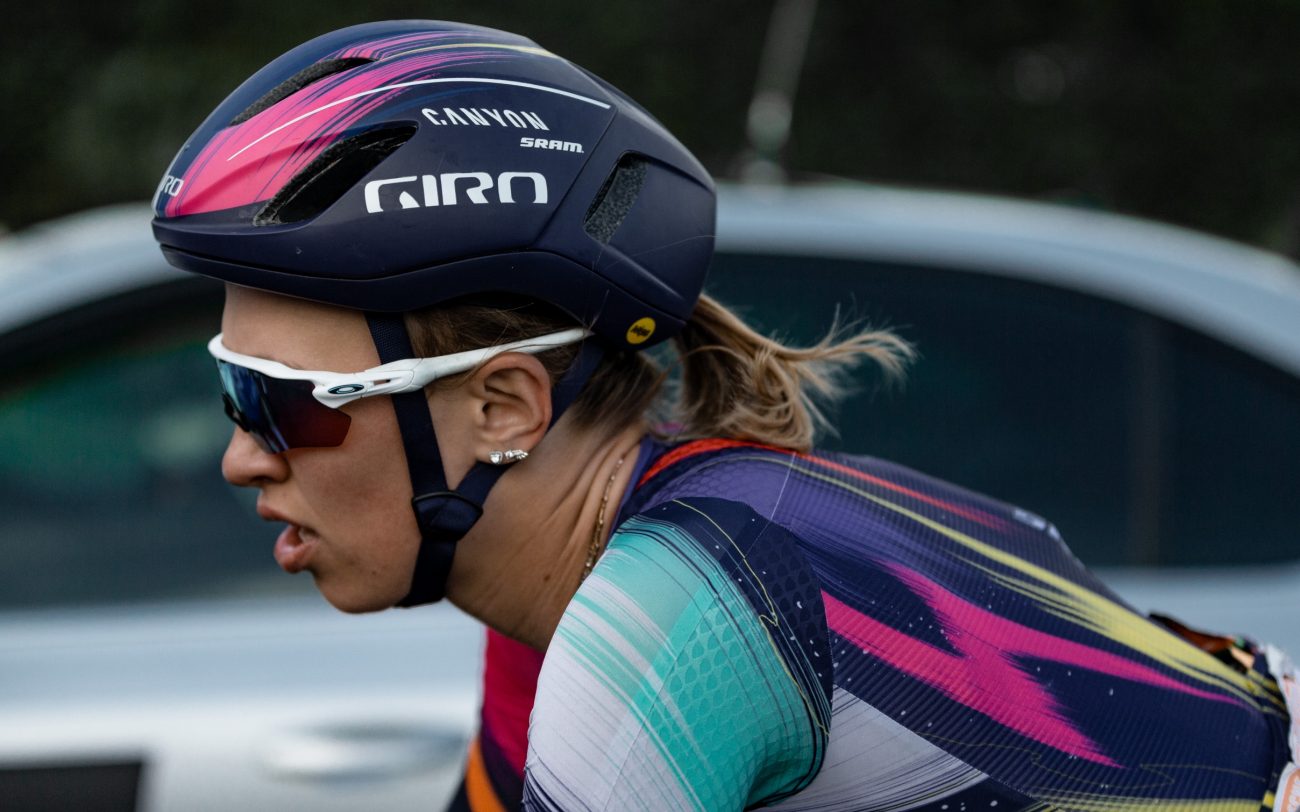 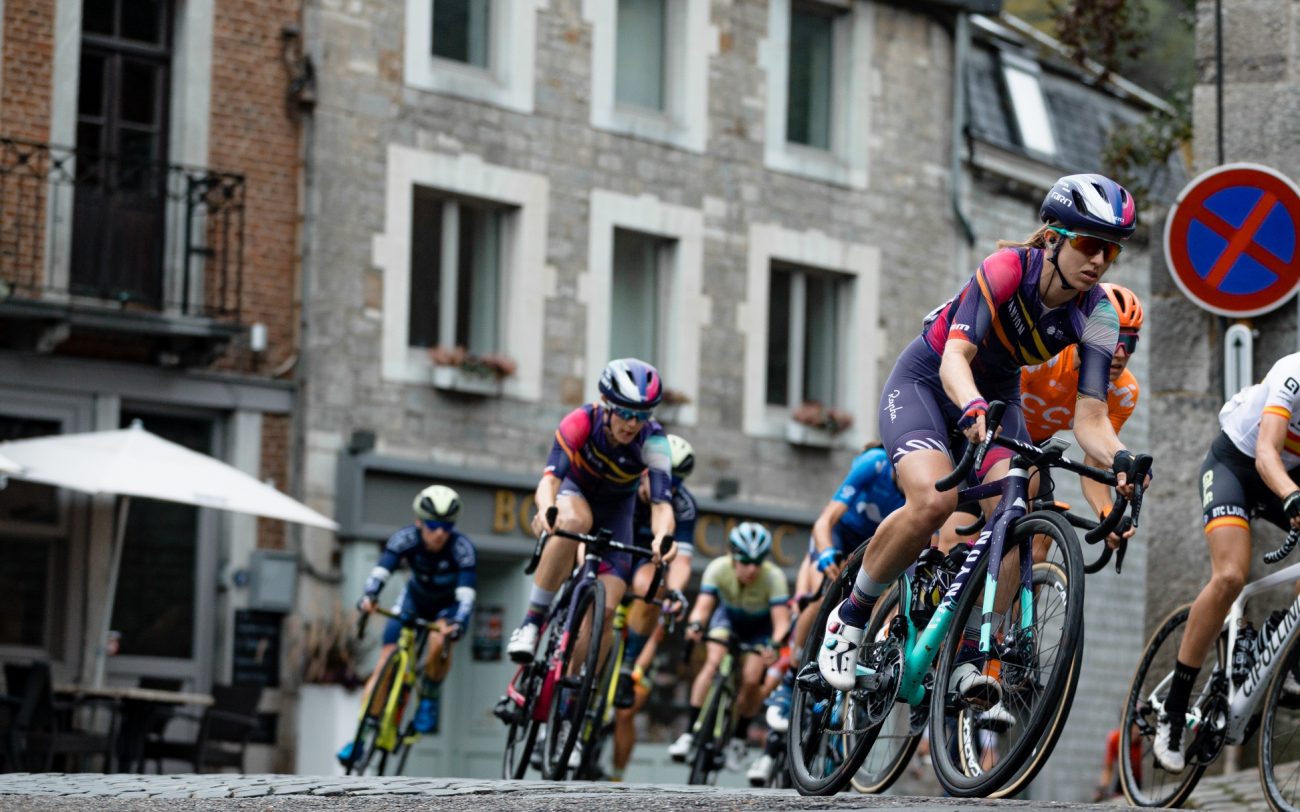 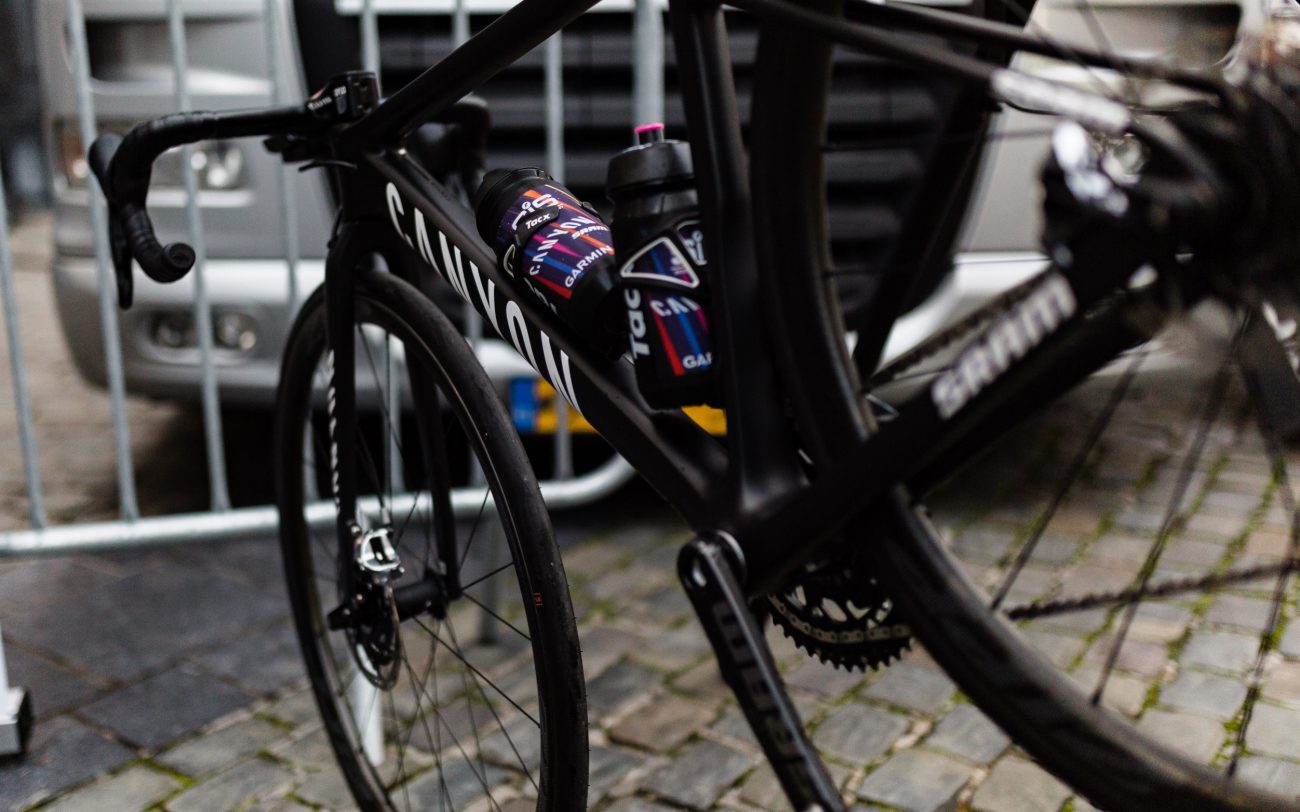 “It’s a strange order of races at this time of year, with Giro Rosa to worlds to Fléche,” said Kasia after the finish.

“I’m missing that freshness and it’s difficult to finish a race knowing that your body doesn’t let you do your best in order to get a nice result. It was good to see Hannah at the front riding strong, being in the important breakaway and also in the final.”

Hannah commented herself, “It took me a while to get into the race but once I did I had a lot of fun. Being in the break was really good for me, especially when the group of 30 riders came across on the Huy and I could be there to help Kasia.”

“I have always been pretty good at absorbing race days and felt that my recovery after the Giro Rosa was really good. I’m having fun too which always helps,” added Hannah.

Teammate Alexis Ryan today had her first race in eight months. “I felt what I expected to feel: fit, but missing the race speed. I hope it comes back pretty quick and I can be at the pointy end of the race with my teammates!”

Tiffany Cromwell gives a summary of the race, “The team plan today was pretty straight forward— look after Kasia until the final. History shows the race is more often than not, won on the Mur.”

“Myself and Alexis were the early workers, with others taking over and supporting Kasia as the final came closer. The first 70km the peloton was rolling at a good pace, but it wasn’t aggressive. As we hit the circuit, the front group reduced with every climb. We had Hannah (Barnes) in a good break, which put us in a really good situation.”

“First time over the Mur, the front consisted of 35 riders, with only Kasia and Hannah there. Hannah gave everything for Kasia into the final. Unfortunately for Kasia, she didn’t have the legs today on the climb. It’s been a heavy racing period for her and most of the team recently. It was tough and not an indication of what we know Kasia’s capable of when she’s fresh.”

“Personally, I was happy with my race. I felt flat at the start, maybe the early start ha, but as the race went on I felt better. I supported Kasia the best I could and help cover early moves. I was happy to still be there at the front as we went up the Mur the first time. I only dropped from the first group in the last few hundred metres of the climb, but our second group couldn’t come back to help further with the final.”

“I’m happy with my form at the moment. I’m feeling much more fresh mentally than others. And it’s nice that I’m able to go deeper into the races again.”