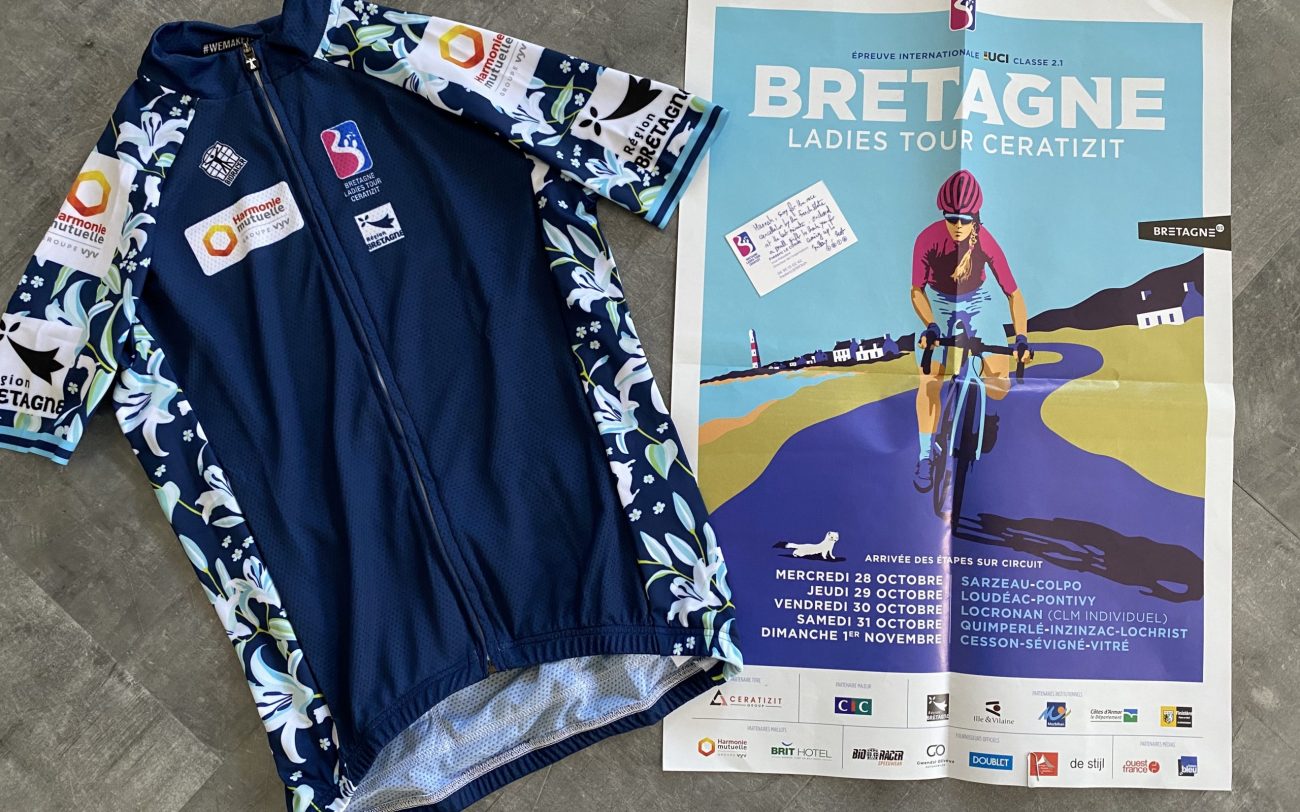 When Hannah Ludwig received the news that the Bretagne Ladies Tour was cancelled, she was already in Bretagne. Sitting in the car park of the first race hotel after an 11 hour drive from her home in Germany. The 20-year-old and her Mum had driven to Bretagne four days ahead of the tour start in order to do a course recon. In particular, the back-to-back U23 European ITT champion was eyeing the time trial scheduled for stage three.

“We left home on Friday morning at 8:30am and drove 11 hours to Sérent, France,” described Hannah.

“I was really looking forward to the race and I had made the decision that I wanted to come earlier in order to prepare the best and to see the ITT course. When we arrived to the hotel car park, we received the email from the team that the tour was cancelled. Literally, at the exact same moment we pulled into the car park and stopped the car we got the message.”

Hannah continued, “At first I was sad because I was looking forward to it. I wasn’t angry because there are a lot of worse things that could happen. I really wanted to do that bike race and to see how I could go in the time trial, but in the end it’s just a bike race.”

With the reluctance to turn around and drive the 11 hours back to Germany the following day, Hannah decided to make her own tour. Riding the 1000km return trip to her home in Traben-Trarbach by bike with her Mum driving the follow vehicle.

“I didn’t want to sit in the car again the next day so I decided to ride home. As of now, there’s still Madrid Challenge by La Vuelta as the last race of my season. So I was thinking how can I best train for it? If I have five days of riding home, then a good rest and some speed work, I should be ready for Madrid,” said Hannah.

“I came up with the idea and then asked my coach who agreed. So I sat down that evening and planned the route.”

“I start at 8 or 8:30am each day so I have some flexibility at the end as the days are getting shorter. When I get within 50km of my target town for the evening, I book the hotel.”

“At first glance, it was 900km in total to get home and I planned to do it in five days, the same as Bretagne Ladies Tour was meant to be. But then when you sit down and look more closely and choose the bike-friendly routes, it turns out it’s over 1000km,” laughed Hannah.

“It’s not really bike-packing because I’m staying in a hotel each night and I have my Mum following me the whole way which is really nice of her. But it’s still a challenge and by the time I ride 8 or 9 hours, arrive and wash my bike and kit, it’s not super easy.”

A challenge indeed, with Hannah having ridden more than 200km on only three occasions prior to this trip.

“The first 50km is the hardest when I do 200km rides. Saturday, on my first day, I checked the map and thought ‘oh only 10km done’. Then I checked it again and I had done only 32km, ‘oh this is going to be hard’ I said to myself. But after I make it past the first 50km, I know I can make the rest of the trip.”

Hannah is not a complete stranger to riding adventures, after taking part in the One More City annual ride raising funds for research into secondary breast cancer in 2019, her longest bike trip to date covering 720km in four days from Amsterdam to Strasbourg.

“Then, I was riding with a great group of people. We had horrible weather but it was a lot of fun and I really enjoyed myself. This trip is a little different, you’re on your own and there’s less motivation for such a good cause, but I’m often thinking back to that ride and it passes some kilometres,” said Hannah.

“After yesterday, that makes seven times in my life that I’ve ridden more than 200km. On the bike I’m feeling surprisingly good most days. It’s after the ride that the pain in your legs comes, and it’s really, really hard to get to sleep.”

“There’s been rain, tailwind, headwind, dry days, and freezing days. On the first day I met only one cyclist. On other days I came across several. I met a really kind guy at a bike station, and another guy went racing past me on a climb cheering ‘Allez, Tour de France, Tour de France’ which was pretty funny. I thought he might hurt himself he was riding and puffing so hard,” recalled Hannah.

Her answer when asked if she had ever thought of stopping and just getting in the car to drive home?

“Every day at the start I question what I’m doing! I’m not sure if I’m going to come out of it really fit or completely cooked and it won’t have been the best training for Madrid Challenge like I had in mind. That said, I chose this because the weather is a bit better here than at home and I really like to train on different roads. I know that I can stop anytime, the car is right there, but it’s been a nice challenge too and I’m enjoying myself somehow.”

“I have to admit Tuesday it was really rough though. I was so tired in the final 50km. I had to tell my Mum to go ahead and let me be alone for the final 10km. The tiredness from previous days caught up to me and I was suffering. But in the end I made it,” smiled Hannah.

Ludwig has been surprised by the reaction of fellow cyclists and fans of her 1000km bike trip, with most praising her for turning lemons into lemonade.

“To be honest I’m overwhelmed by the reaction because I don’t think it’s that special. It’s just one of my silly ideas which sometimes I get to do and sometimes not. But I’m happy that people like it,” said Hannah.

“I planned for the last day to be the shortest day,” said Hannah who rode a hilly 150km starting in Metz, going across the German-France border, and on to her home in Traben-Trarbach on Wednesday.

“I will know most of the roads in the last half of the ride so that will make it easier. And I’m going home. I know that I will be able to make it.”

And make it she did. One day after reaching home, Ludwig starts to realise the following her five-day bike trip has received.

“I’m still overwhelmed and feeling quite shy about all the attention its receiving. It made me remember why I started cycling. I just love it!” said Hannah.

“My body feels surprisingly good today. I actually felt like riding again today, but I didn’t. Looking back I had many nice moments on the bike in these five days. I enjoyed passing through the small towns and seeing the people going about their daily life while I rode by. I had a lot of smiles in these moments.”

Would she do it again?

“I will do it again. Overall it was really nice. Maybe not tomorrow but at some point,” said Hannah.

Update 5 November, 2020: The race organisers of Ladies Tour of Bretagne sent Hannah a jersey and a small note which read:

Sorry for the race cancellation by the French state at the last minute. Enclosed a small gift to thank you for coming up to Brittany.