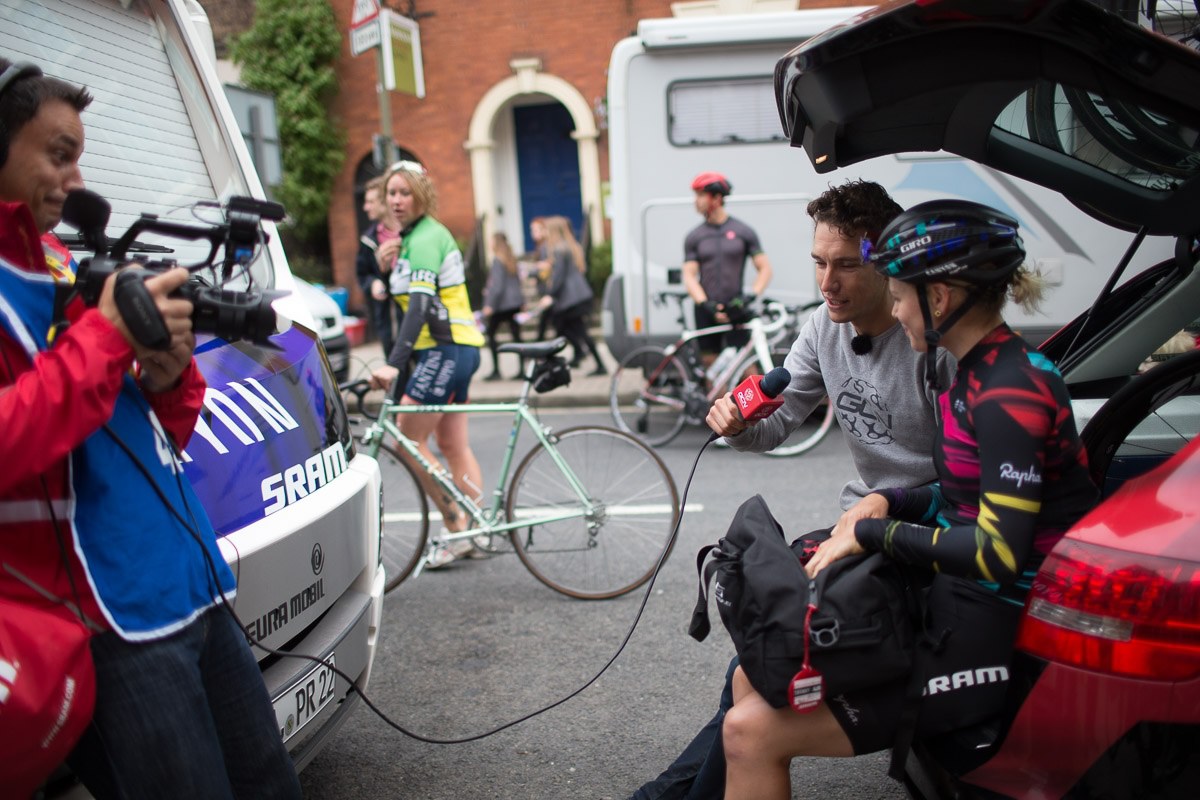 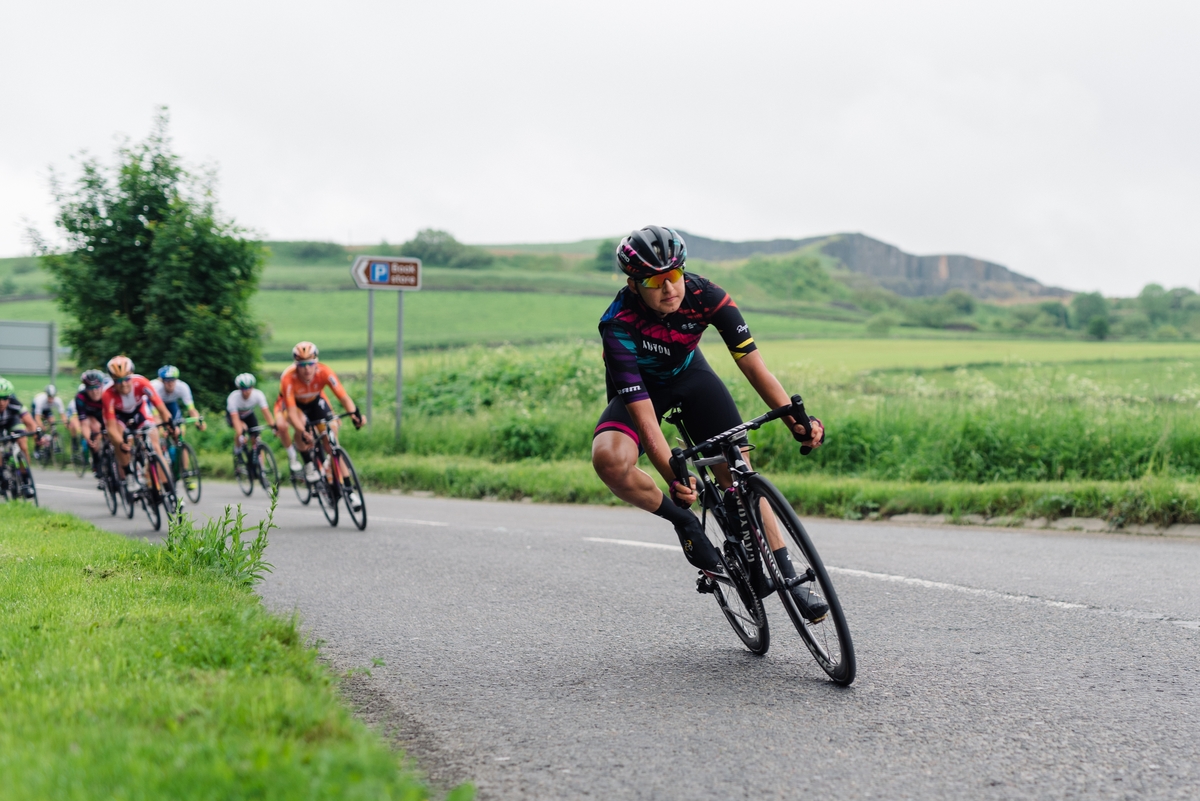 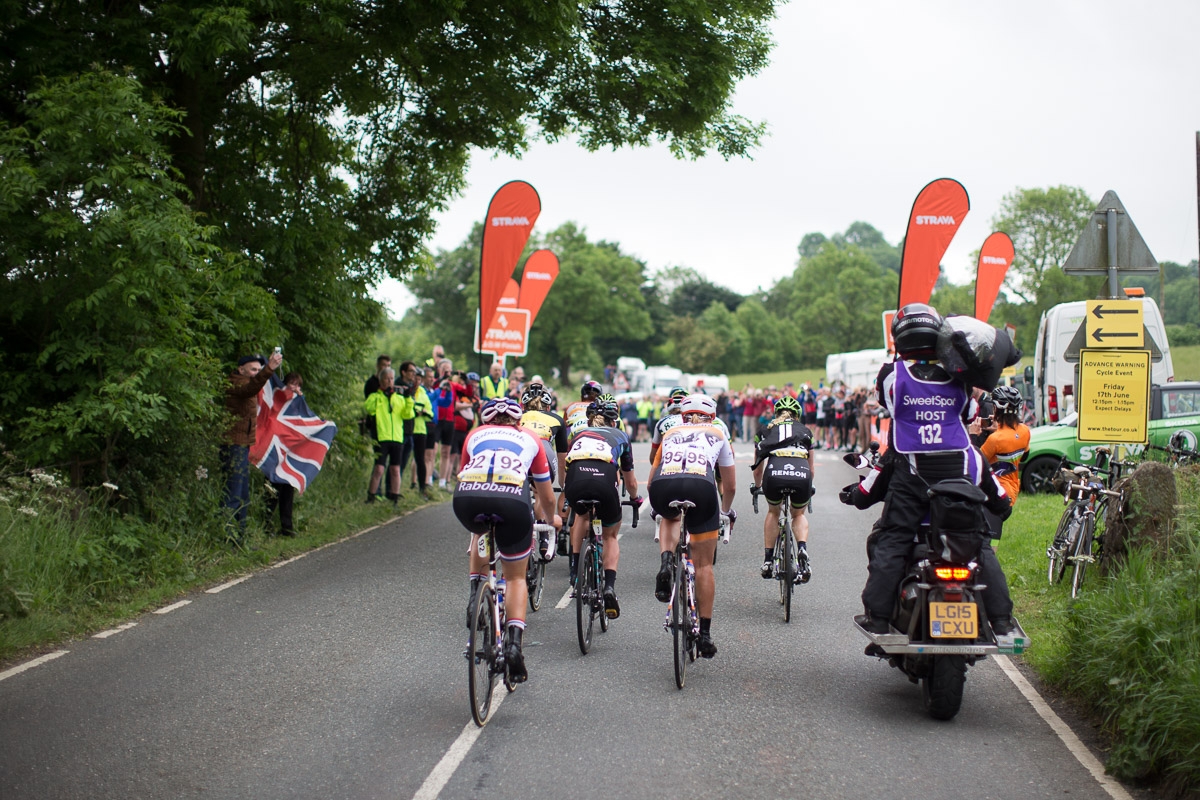 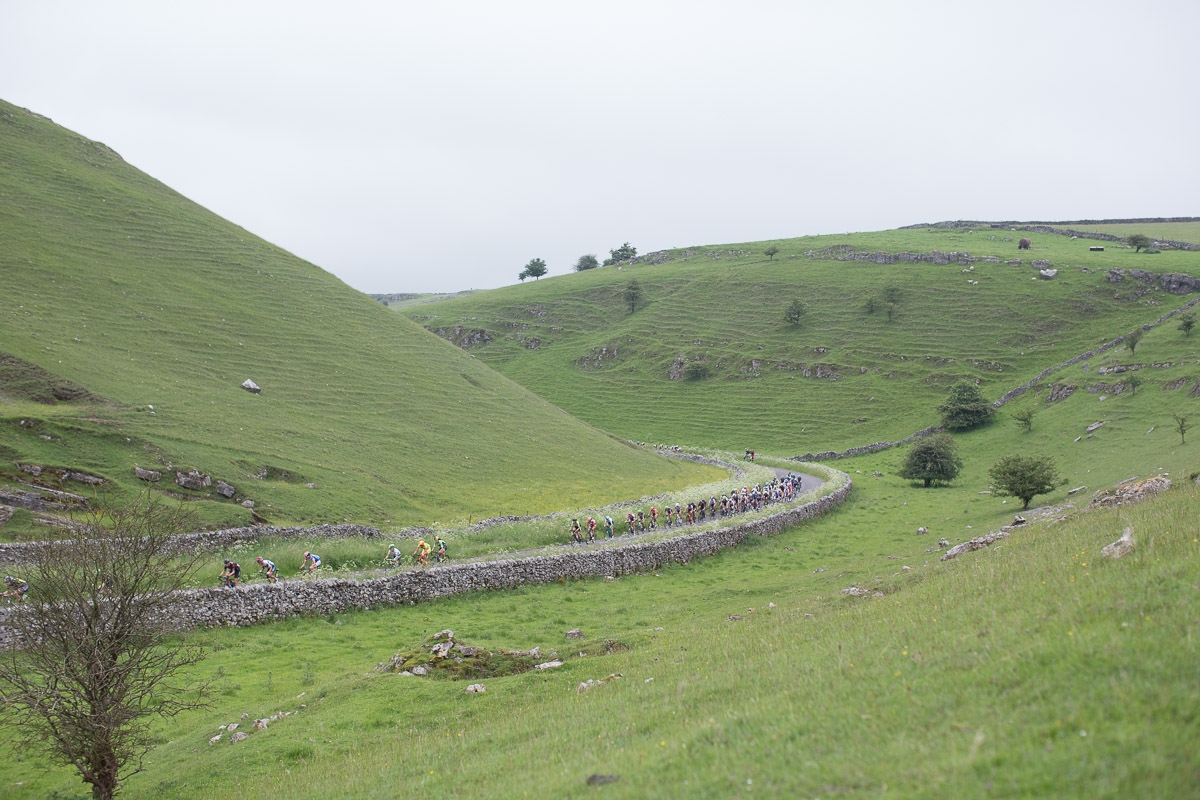 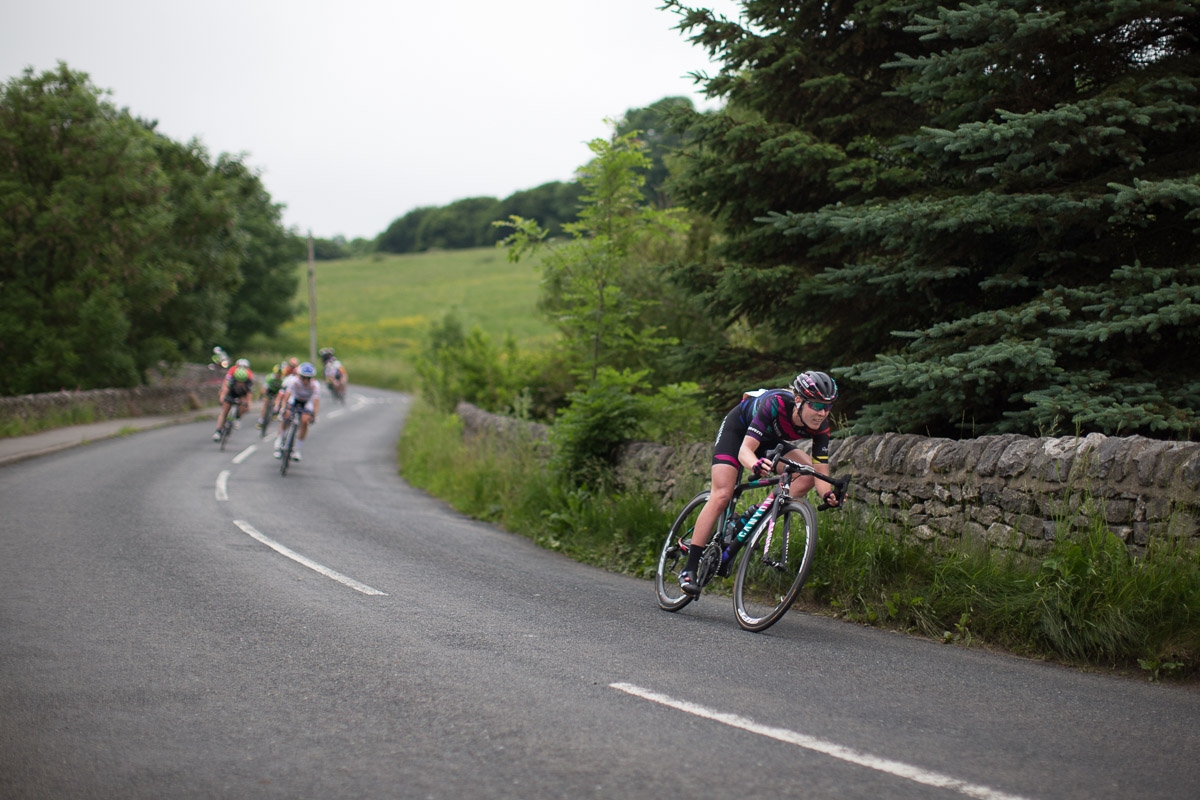 Lisa Brennauer has slipped to 9th on the general classification after a tough queen stage at the Aviva Women’s Tour today in Chesterfield. The third stage saw a four-rider break come to the line in a sprint won by Lizzie Armistead (DLT) from Ashleigh Moolman (CBT) and Elisa Longo Borghini (WHT).

The queen stage was touted as the hardest of the tour, and it certainly lived up to it’s reputation. “Going up the second QOM on Bank Road was like the second last climb in Flèche Wallonne in Belgium. It’s steep and straight. Because you can see it all ahead of you it makes it that much tougher,” said Belarusian champion Alena Amialiusik after the stage.

Hannah Barnes represented CANYON//SRAM Racing in the break of the day. The 11 rider break went away after 50km had been raced. “It wasn’t really that anyone was attacking at that point, it just went away. I looked back and saw that we’d been let go,” said Barnes.

“There had been a lot of attacks early in the race and it was quite aggressive. In my break it had all of the main teams represented. I was also pleased with the group of riders because it wasn’t totally full of really strong climbers and most riders were working in the break. When we were caught by the three riders who bridged including Armistead then of course Blaak (DLT) was driving it.”

After an attack of Armistead it was Moolman, Longo Borghini and Amanda Spratt (OGE) who would join to form the four-rider break that would stay away until the finish in the city centre of Chesterfield. “At that point I just couldn’t go with it,” Barnes said after the stage. “I’m feeling better and better as the tour goes on and I’m looking forward to the last two stages so the team can deliver some more results. Especially the last stage because I can ride 6km and then I’m in my home bed!”

Director Sportif Ronny Lauke said the team planned to be present in the breakaway and avoid having to chase. “We knew that the decision will be made towards the end of the stage on the last QOM or the final unclassified climb. We wanted our climbers to be with the attacks on the climb but they couldn’t follow. Therefore we had to minimise damage and had to try to bring back the break with Armitstead, Longo Borghini and Moolman. I am not pleased with the fact that we couldn’t be in the move going for the stage win and ultimately the GC today.”

Brennauer, 9th on the general classification is 41 seconds behind the new yellow jersey holder of Armistead. Tomorrow’s stage four from Nottingham to Stoke-On-Trent starts at 10:30 BST and can be followed live on the team’s Twitter @WMNcycling using #AvivaWT2016. A one hour highlight program is broadcast each evening on ITV4 as well as worldwide broadcasts in Australia (Fox), France (L’Equipe), and the USA (NBC Sports).