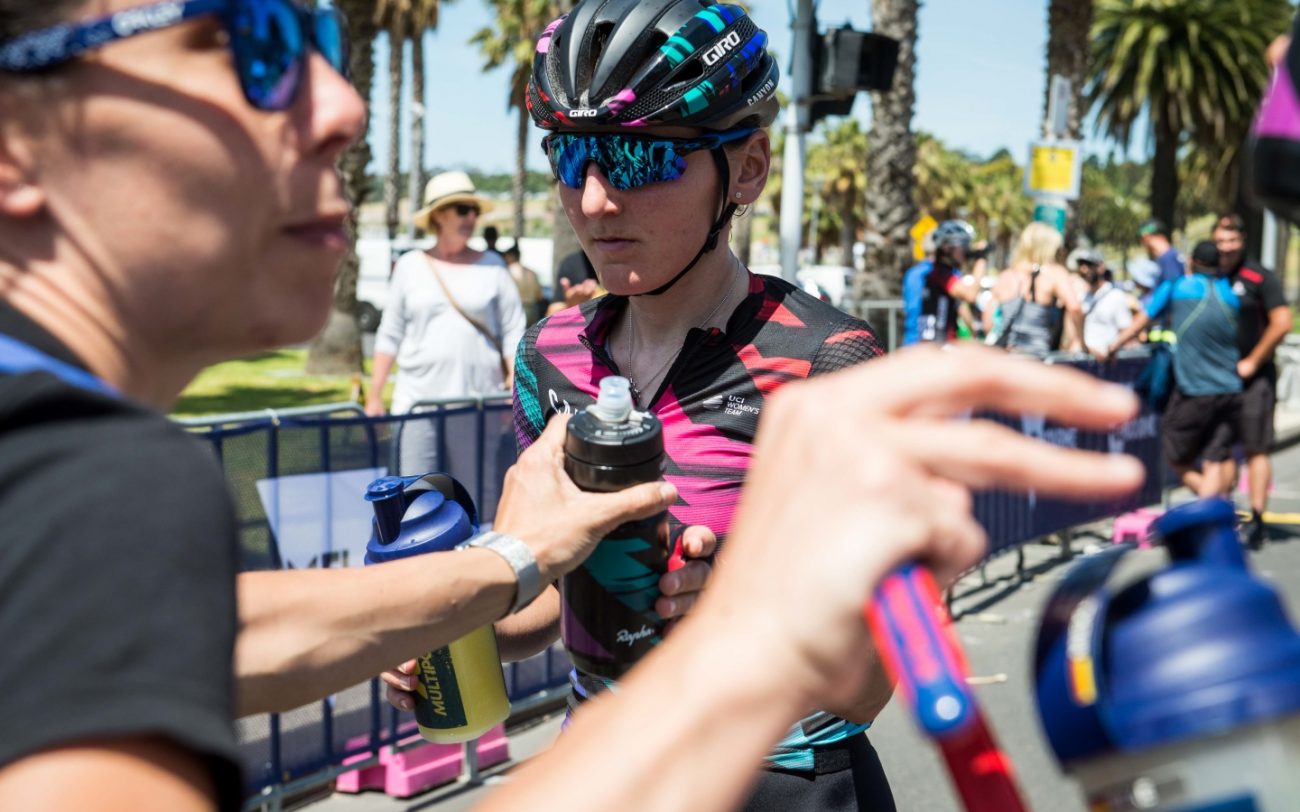 The third edition of the Cadel Evans Great Ocean Road Race was a fantastic race! Crosswinds, undulations and constant attacks meant the Deakin University sponsored race was specatular from start to finish.

The race was won by Annemiek van Vleuten (GEW) from Ruth Winder (UHC) and Mayuko Hagiwara (WHT) from a five rider break that formed in the closing kilometres.

“We raced well, we forced the echelons in the crosswinds at the start like we wanted to. And that split the field to pieces. We then tried again to force something in the rolling hills before we came to the final loop in the city. But when the final climbs came we didn’t have the legs. I had an untimely puncture and missed being in the group that sprinted for sixth,” said Cromwell.