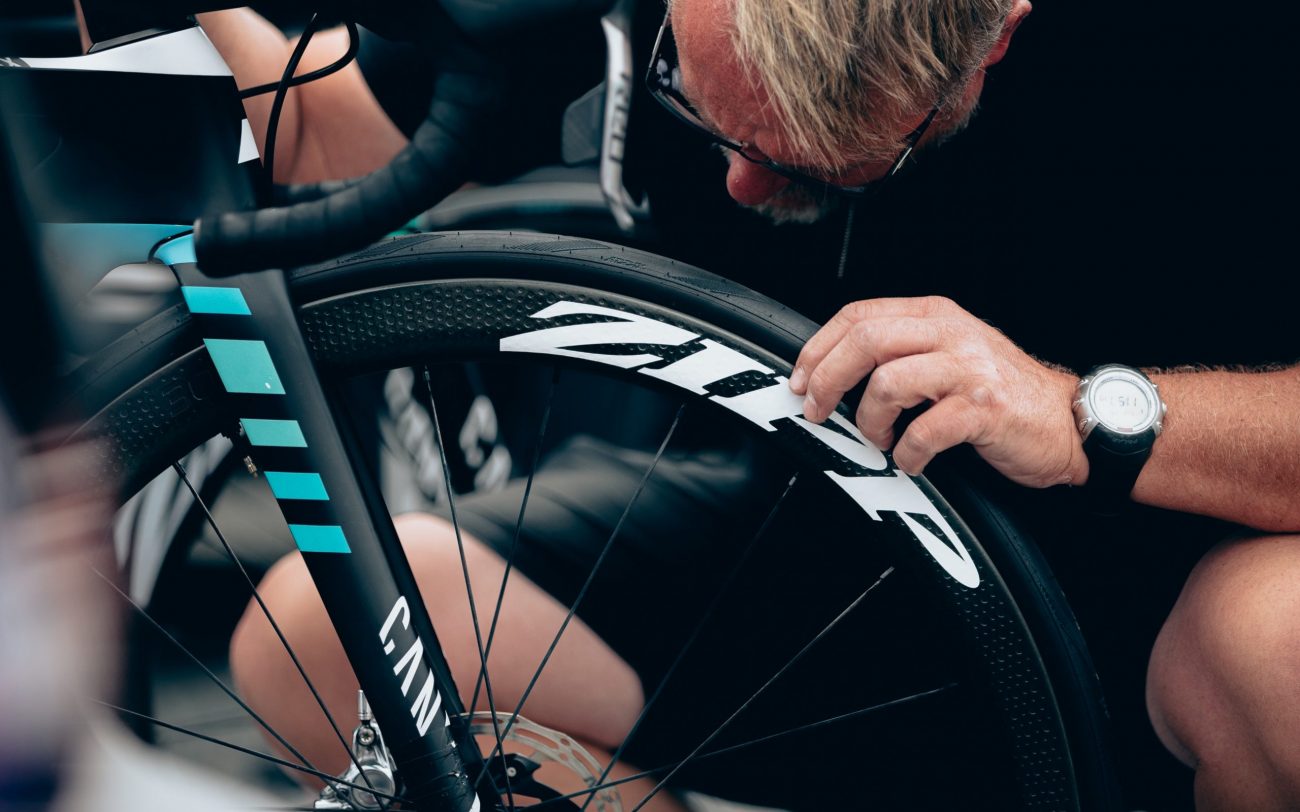 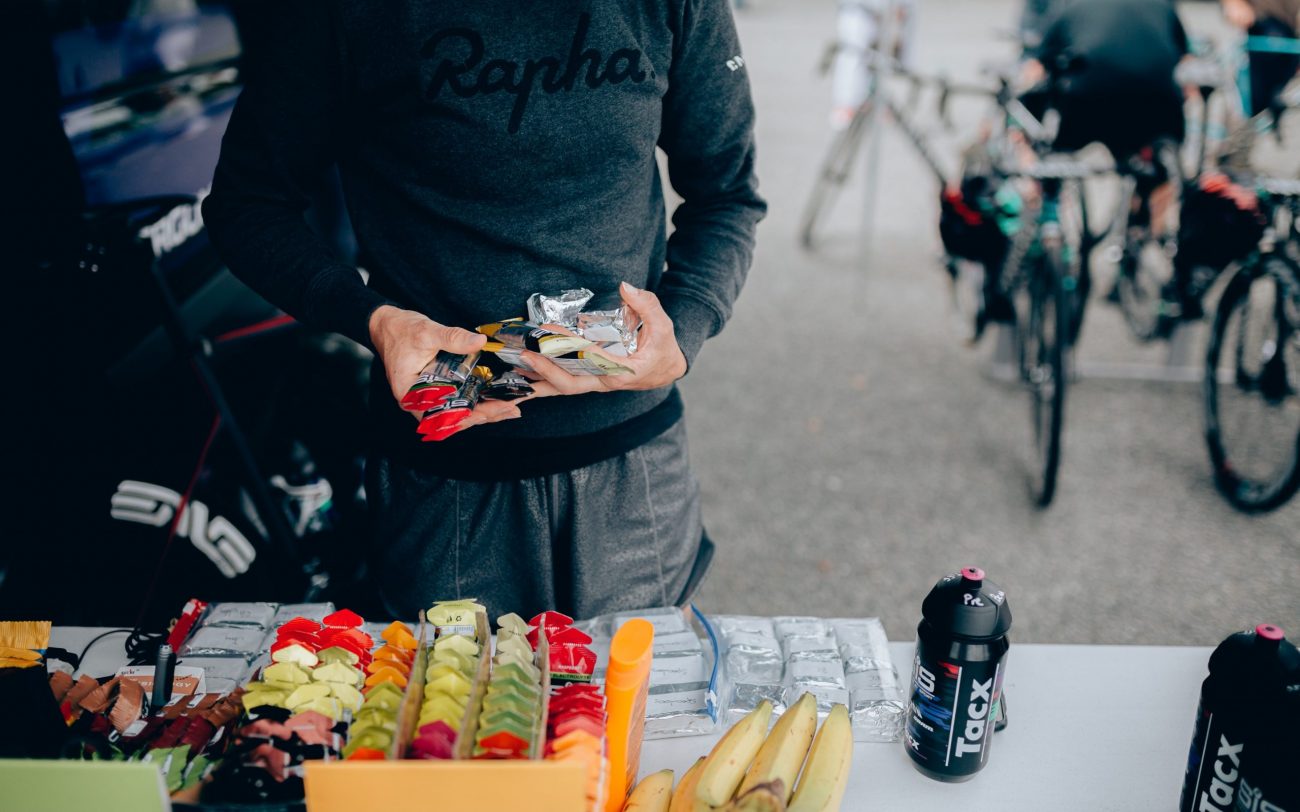 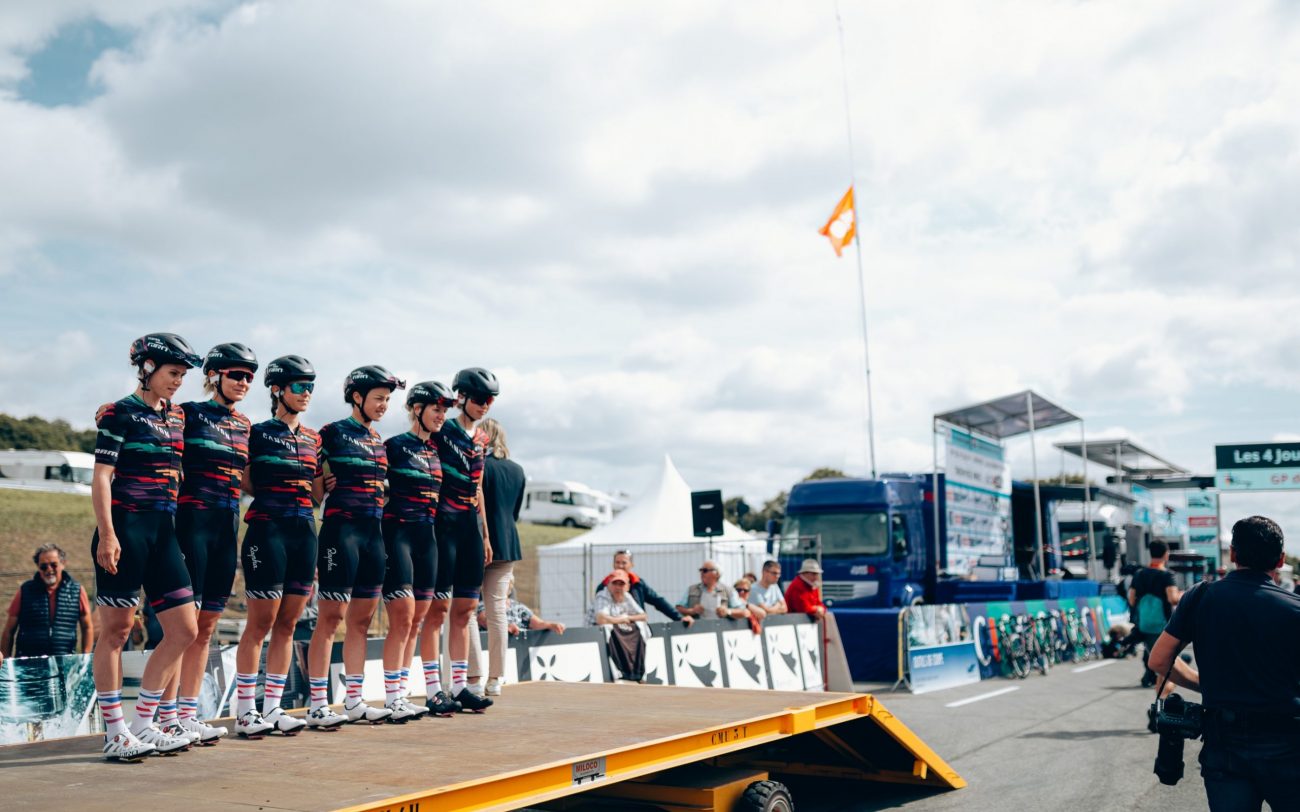 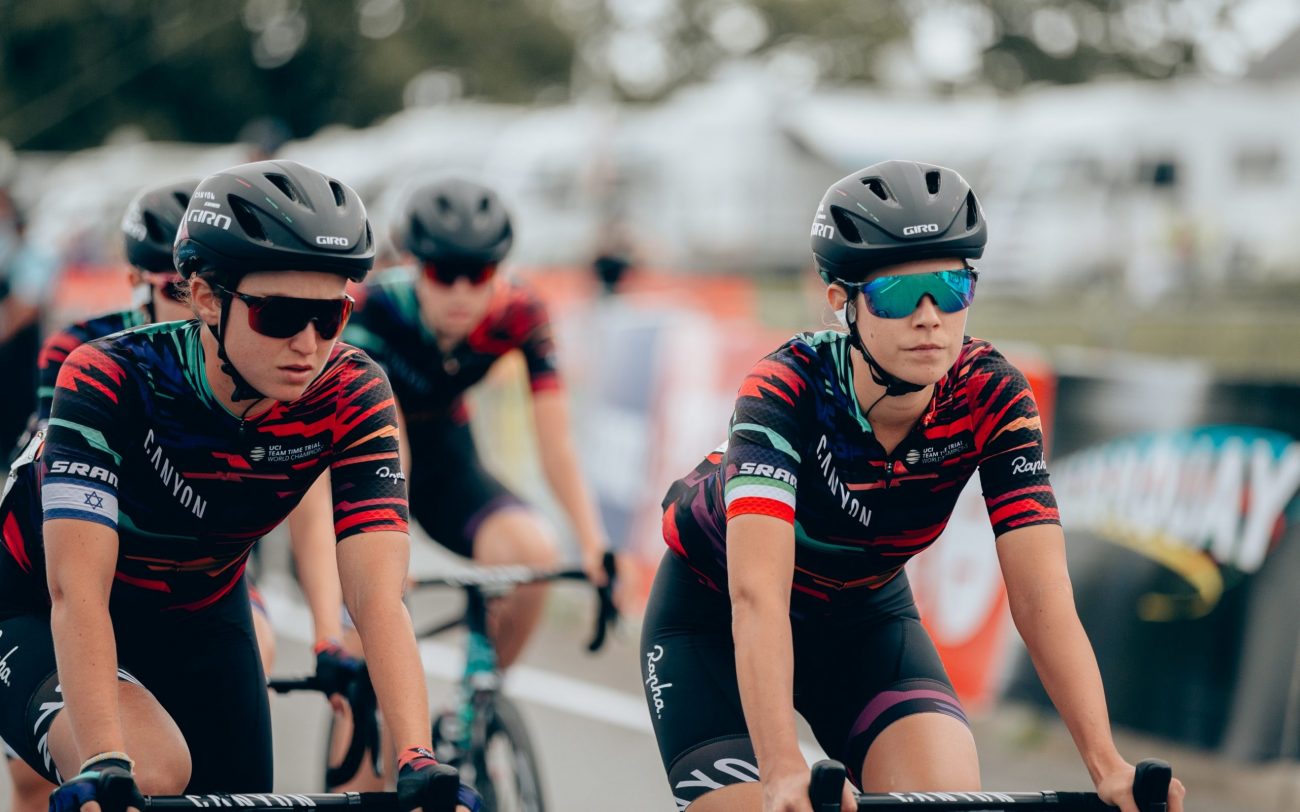 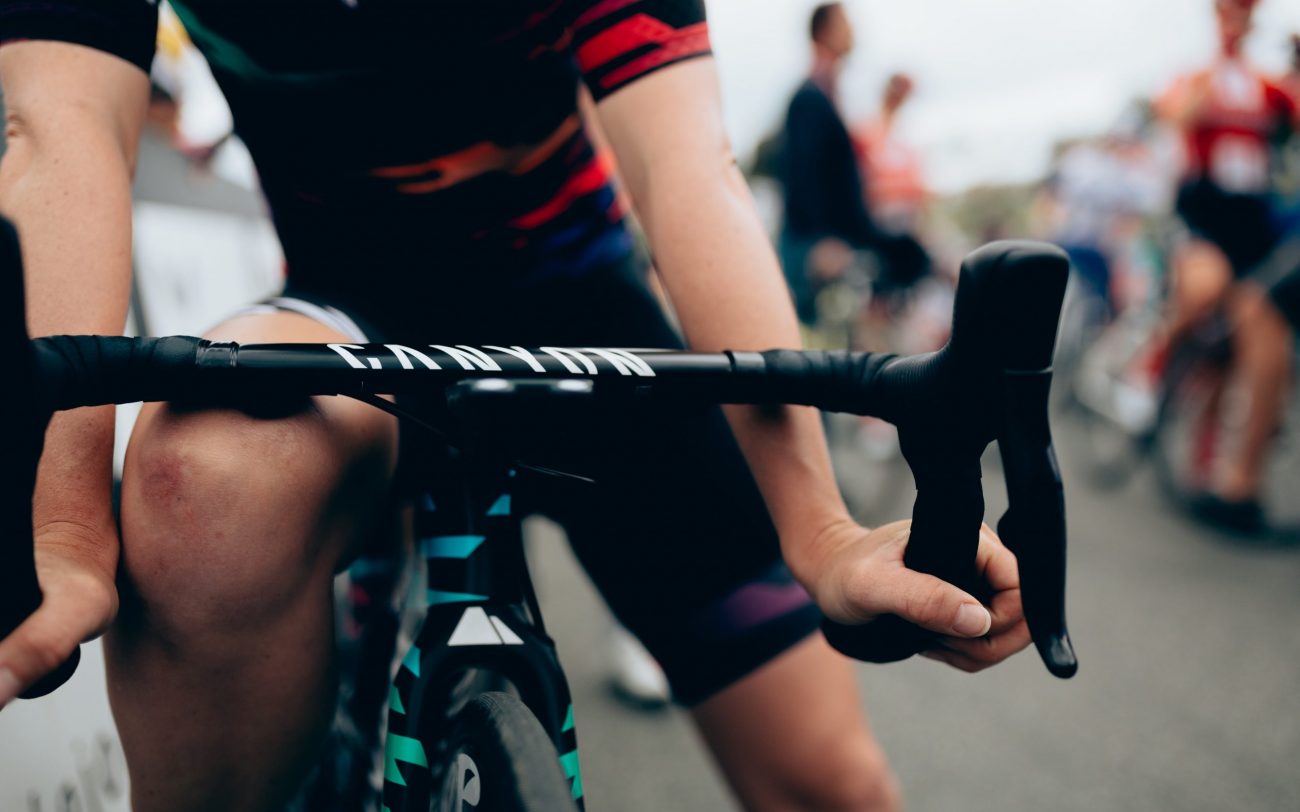 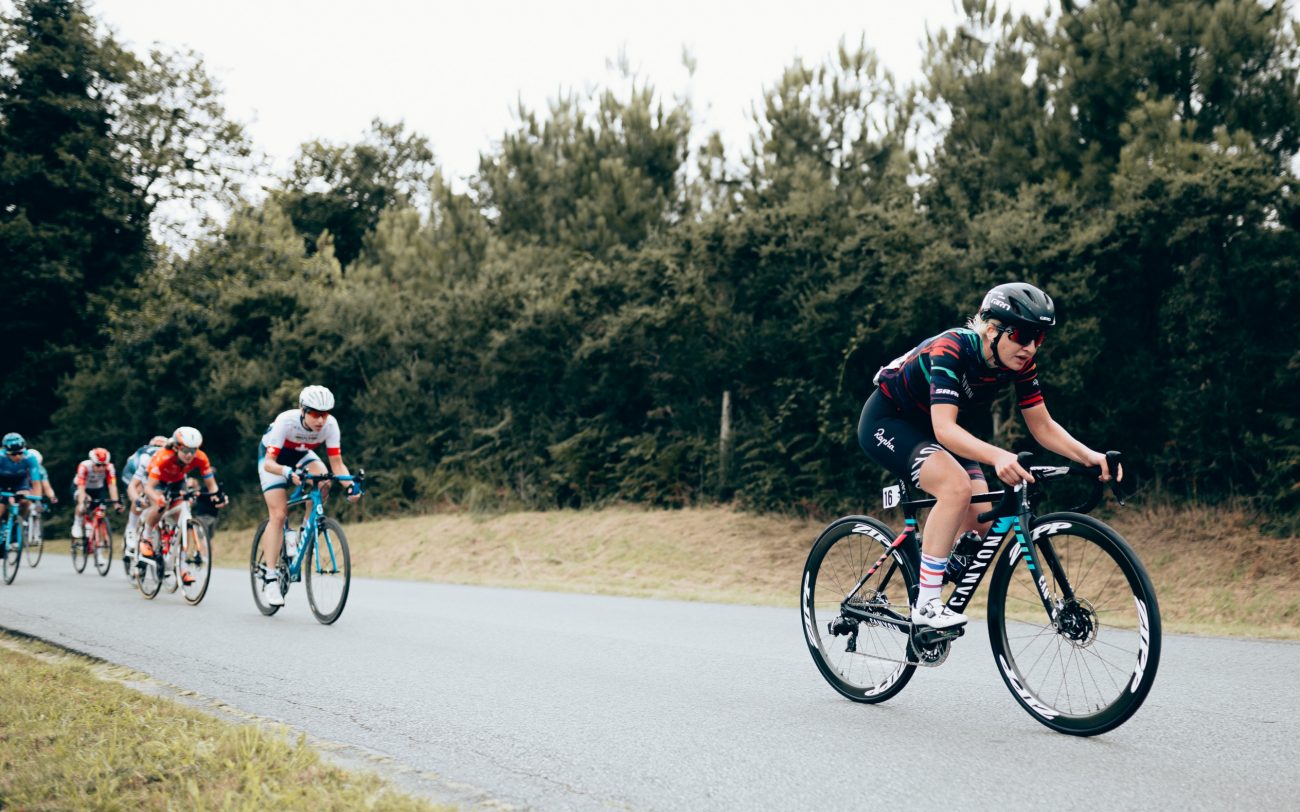 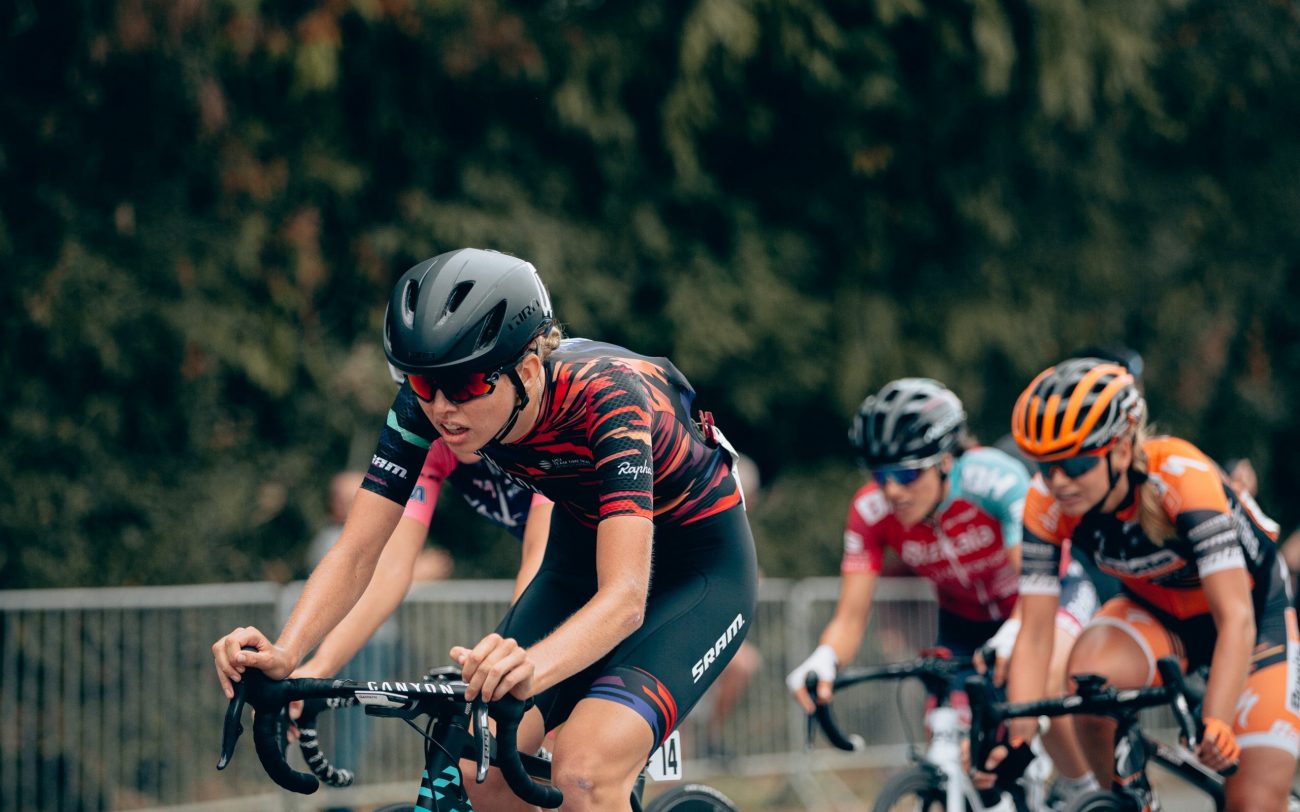 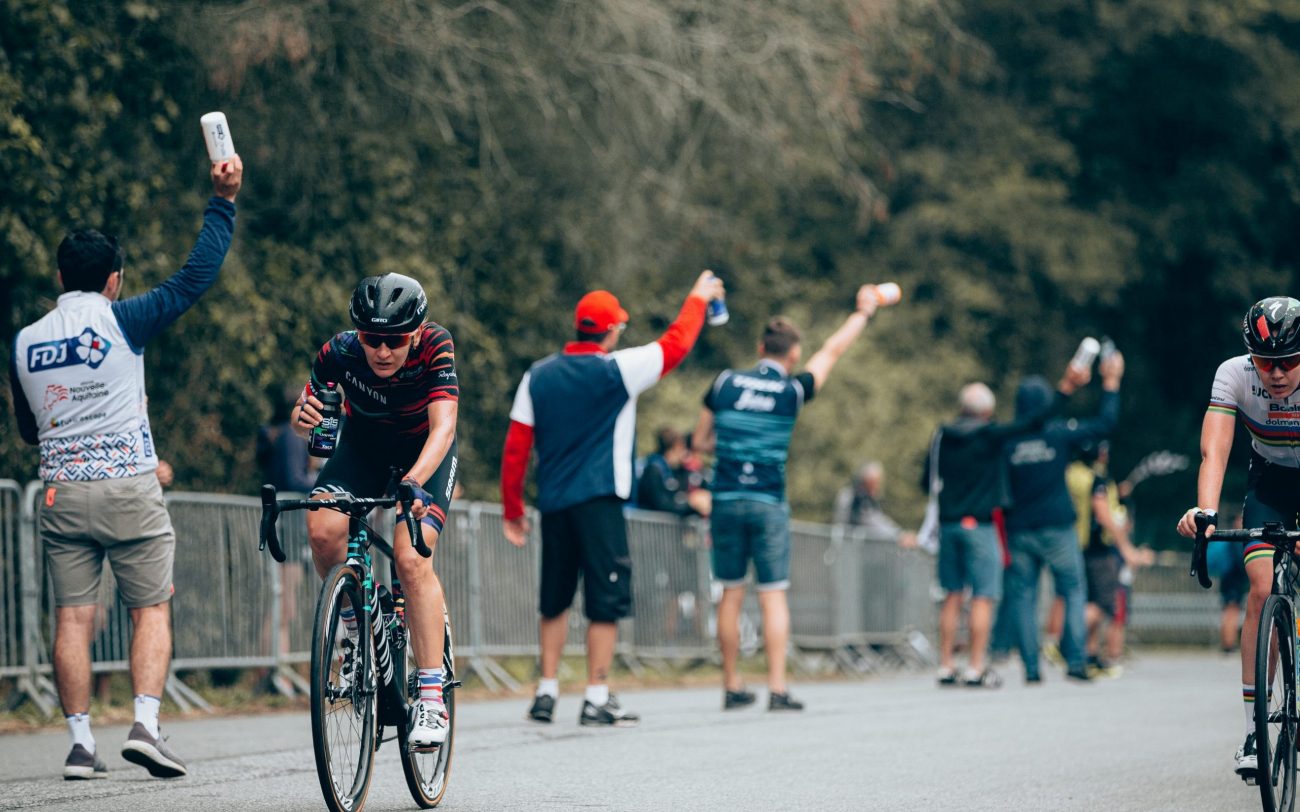 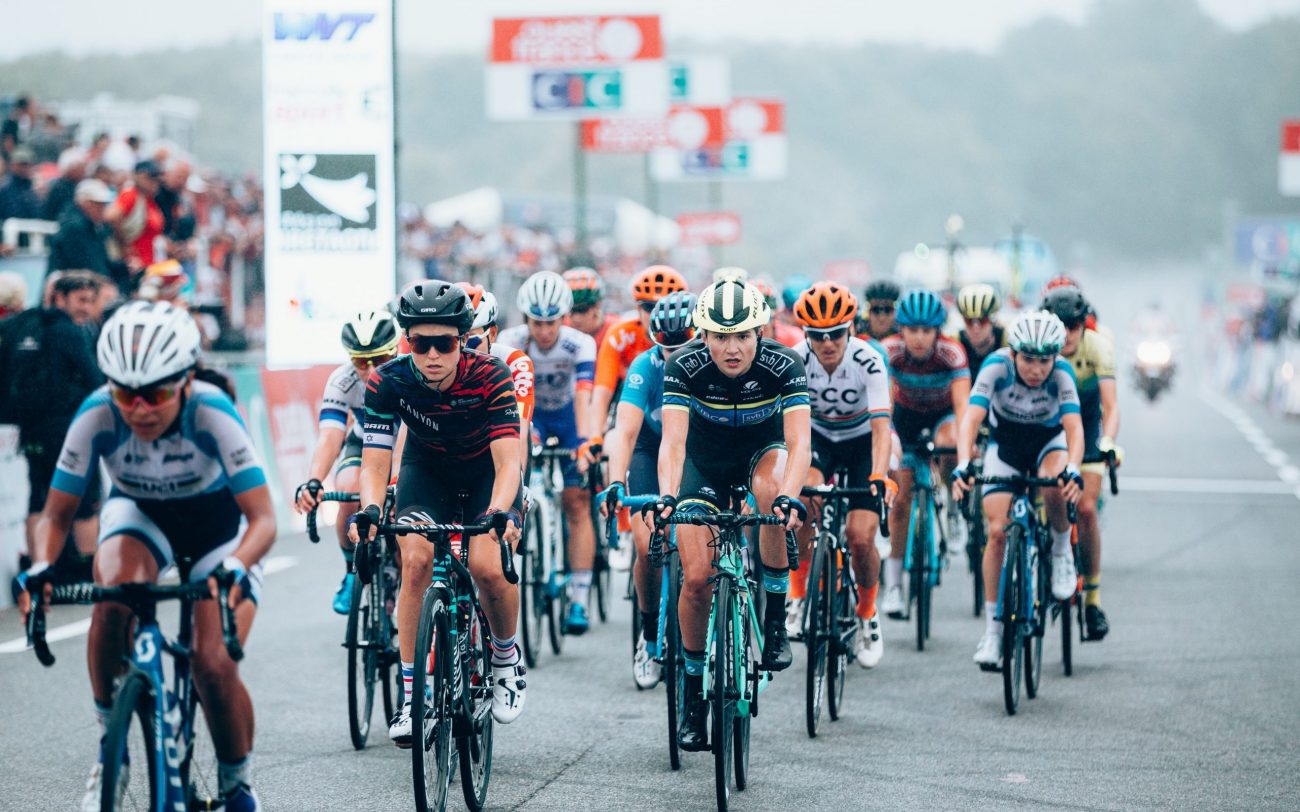 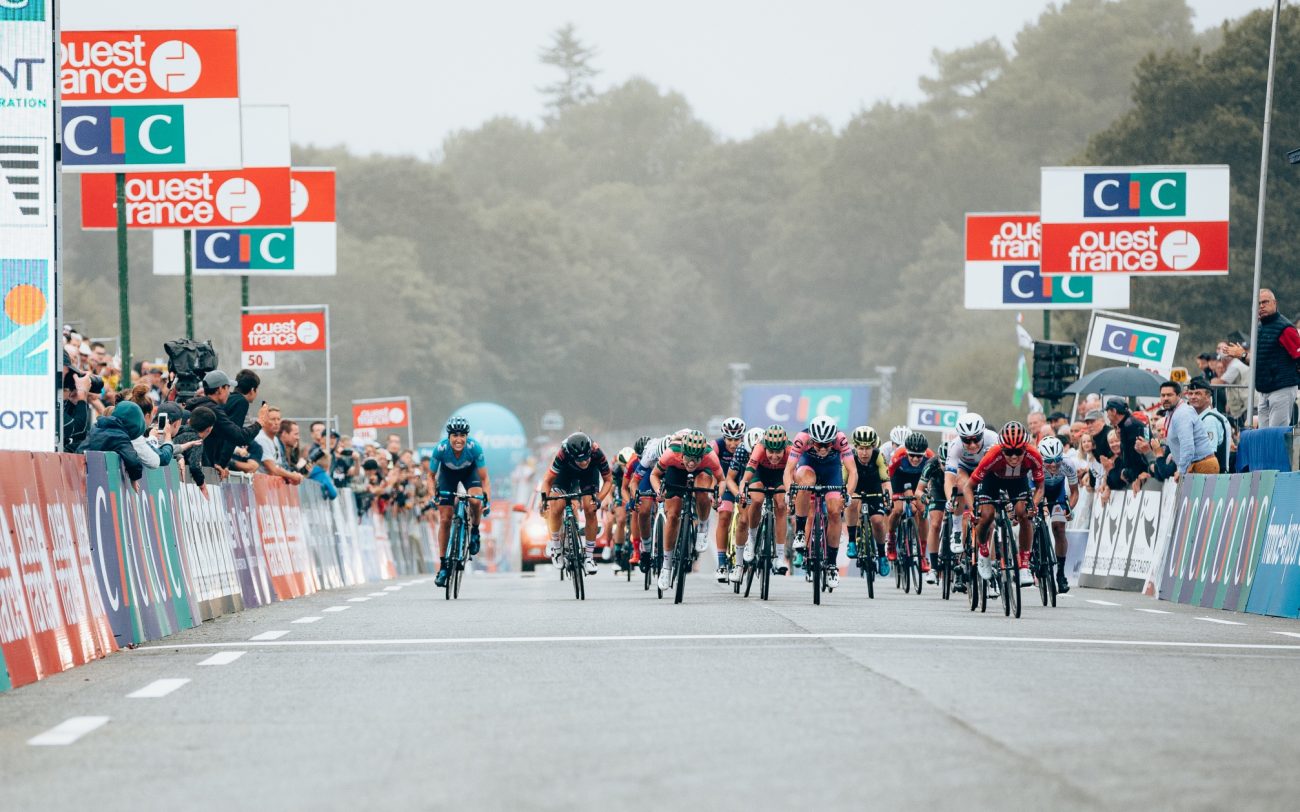 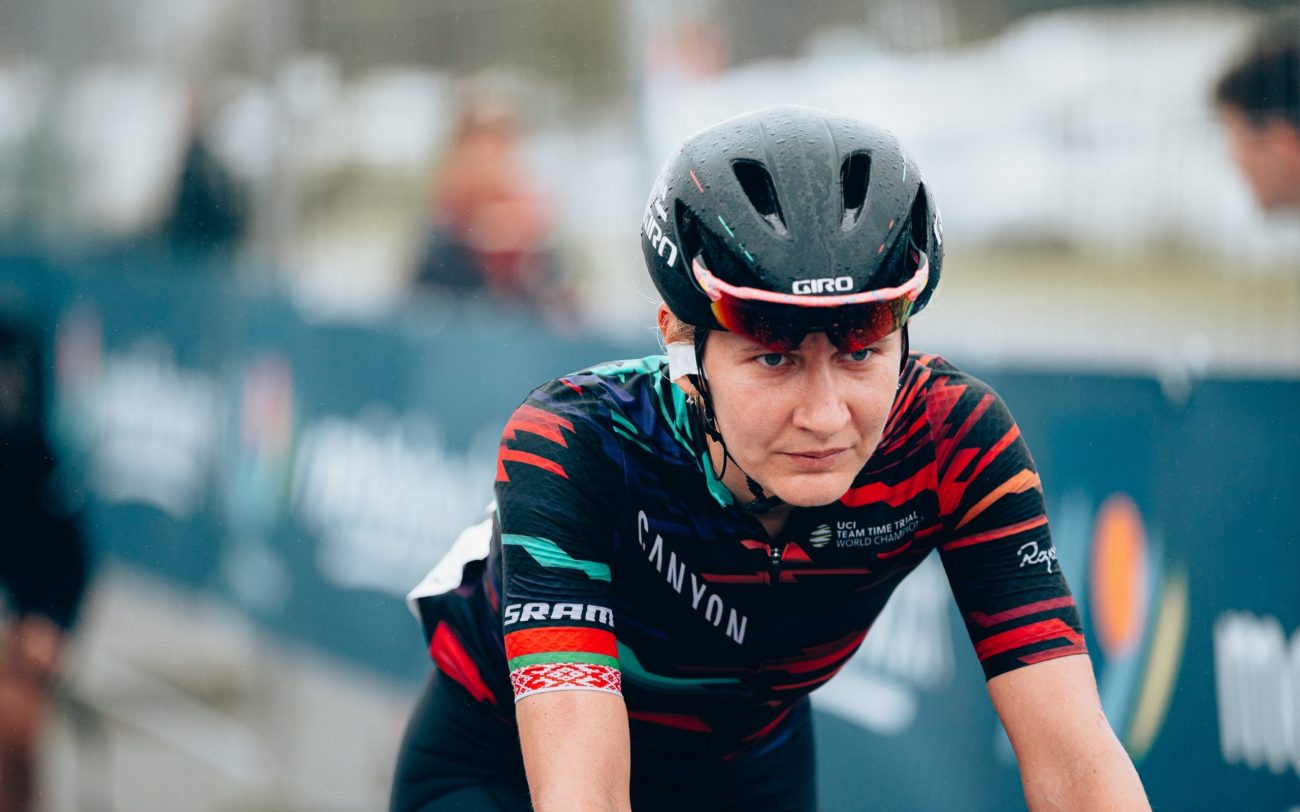 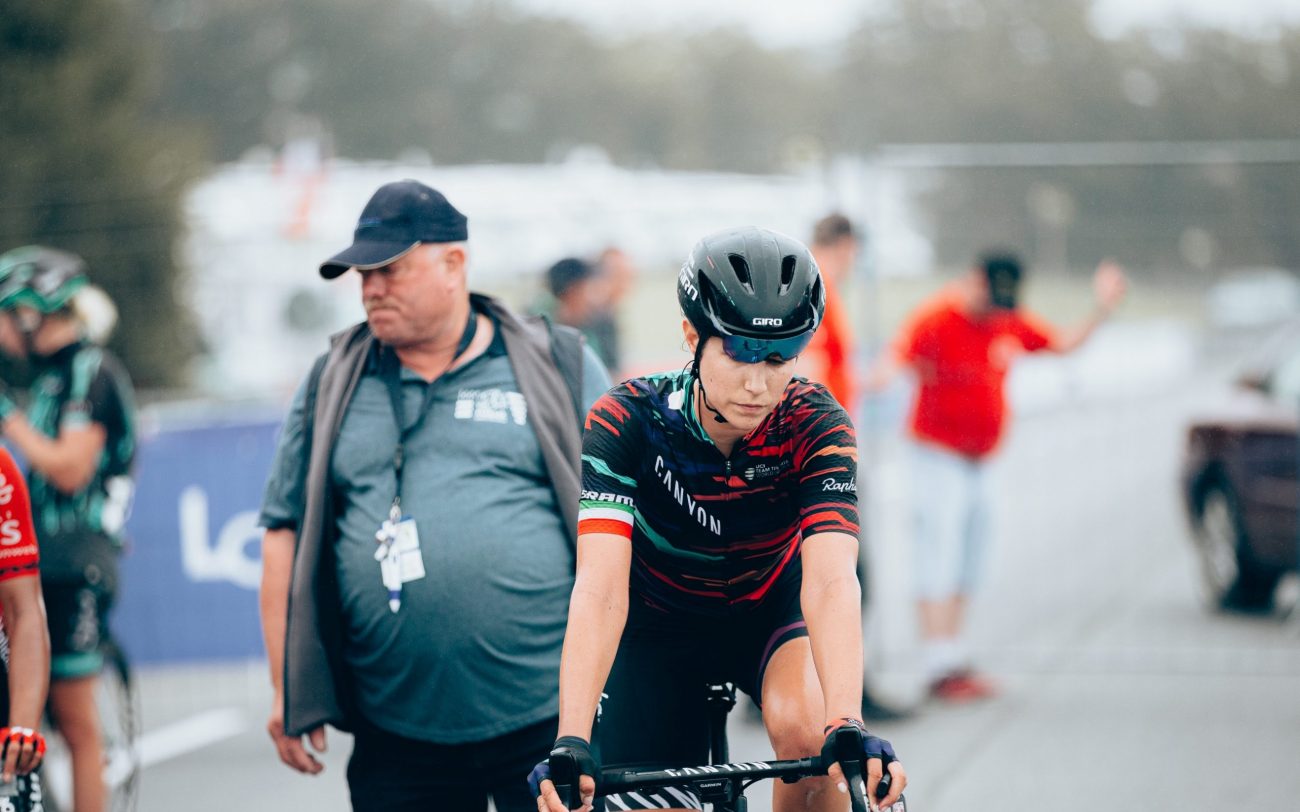 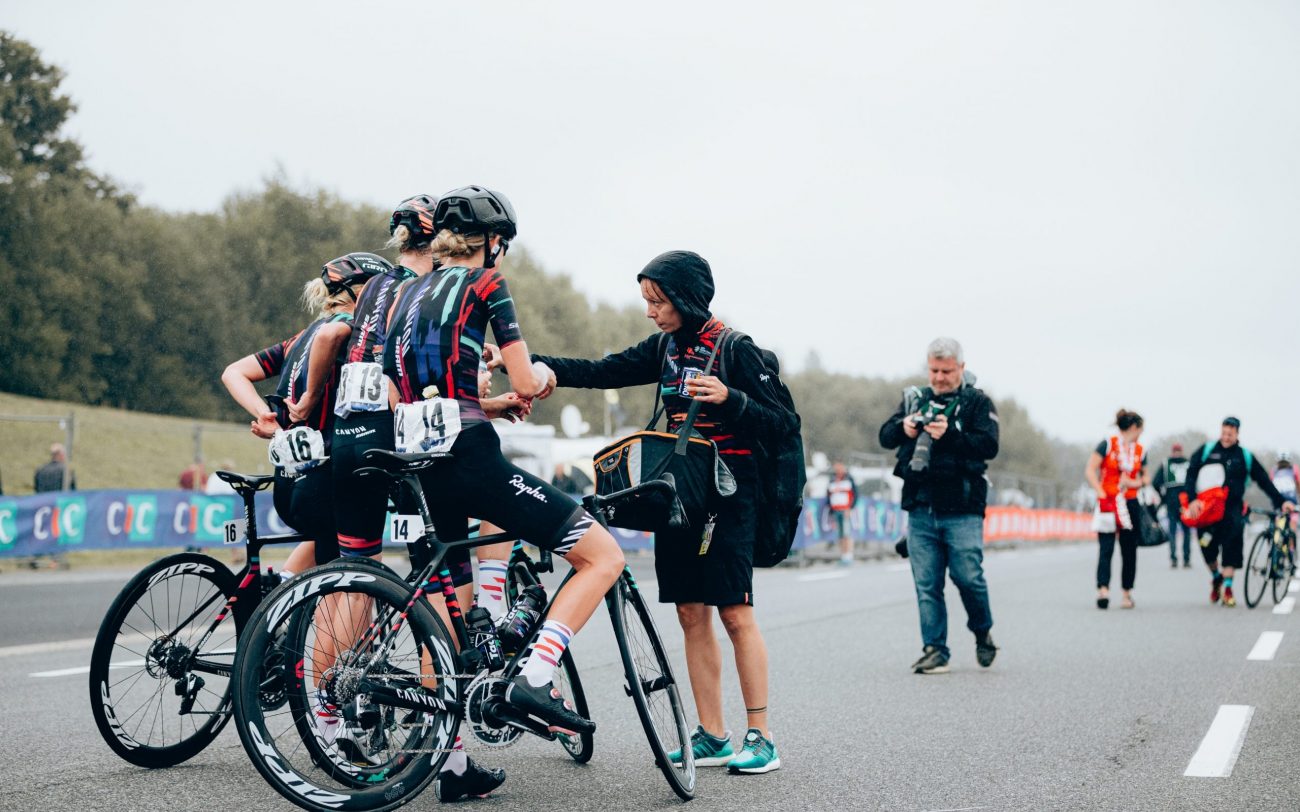 At Grand Prix de Plouay in France, Elena Cecchini was the best placed rider in 10th position from a small bunch sprint. It was a hard-fought race with Alena Amialiusik dominating in every dangerous move. The Belarusian tried gallantly to bridge across to Van Der Breggen but the Dutch rider went solo to the line.

Hear from each of our riders:

“I tried to be present in every dangerous move because we had team plan and it was important to be there. I am happy how I raced today I can be proud 😂. It was my goal to do a race I’m proud of and I achieved that.”

“About catching Van der Breggen, she is super strong, when she attacked in the last lap I was in 4th position but girls who were behind her left a gap and when I saw it I tried to closed that but it was a bit too late. Again in the final I tried hard to catch her, attacking after the steep climb. She was so close. I really gave everything but I couldn’t get there.”

“It was a pretty hard race from the beginning. I felt like there was never a moment to relax. With the shorter lap this year. The hard ‘highway’ climb always came around quickly. And it seemed like lots of teams wanted to make it a hard race.”

“We were riding for Elena and Alena today. I think everyone pitched in the best they could. And we certainly had numbers for a long time which wasgood. A couple of times it perhaps wasn’t the best situation when only Alena would make the front split when the front group was on the bigger side which happened a couple of times. She rode really strong today!”

“We were able to correct it most times to give her more support and then as we got onto the final two short circuits most of us ran out of legs and had given all we had left. Just Elena and Alena made it. I guess they did the best they could with the situation at the front. I hear Alena put in a super strong attack towards the end on the final lap but couldn’t quite pull it off to the finish. But I don’t really know the dynamics at the front once I was dropped.”

“For me personally, it was an up and down day. I think for the three of us who came from USA earlier in the week and returning back down from altitude all found it a bit challenging trying to have the body in sync. But I think we all probably performed better than expected given those circumstances. I had some bike issues in the first laps which was distracting me and ended up changing bikes. Once I sorted that I felt better and could get my head In the race. And was able to be more useful to the team. And help guide them too. I felt strong at times especially on the climbs, but at the same time a little flat. I was happy to be able to dig deep as long as possible to support the girls and help chase when needed. Overall a tough day out, but I think as a team we rode well and gave everything we could out there.”

“I didn’t know what to expect after the travel and altitude but I tried my best to help the team. It definitely wasn’t my best race physically but Sport Director Lars Teutenberg gave me many tips for positioning and that helped me a lot.”

“Alena was impressively strong. She was definitely in my opinion the strongest in the race but because we weren’t many in the final she didn’t have a lot of support which wasn’t ideal. Elena sprinted on her own then. A very strong ride from both of them. All the others just came from altitude so you can never know what to expect afterwards. It was a race of experiences for me.”

“I’m sorry but I cannot really say anything about the team race from my point of view as I was suffering full gas from the very beginning and was really on surviving mode to hold on.”

“I dropped after half race and finished in the grupetto. I’m really really disappointed from my performance and that I couldn’t help the girls through all the race and to the finish. I’m hoping it’s the altitude affect (Rotem was in altitude training camp until a few days prior to the race).”

“I was proud of the team today. The girls all rode good and helped me and Alena through all the race. The tactic was to keep Alena and I for the final laps. The laps really changed from past editions so it was a lot about positioning today.”

“Alena felt good and she was very strong. Shame she couldn’t stay with AVDB for such a little gap. I was yelling at the radio to her “go”. I was feeling ok and my role was to keep safe and do my sprint if a group would arrive at the finish. I was totally boxed in during the sprint so the only thing I could do was to sprint on the right but it was the slowest side. It was my mistake.”

“I was unsure how I’d find the race after a long spell of travel from America straight into Plouay, and having also come back from altitude. For the first couple of laps I felt surprisingly good, but unfortunately these feelings didn’t last for too much longer.”

“The punchy nature of the course left me really suffering with each surge and acceleration, particularly on the climbs, but I tried to position myself well to help out where possible and limit any unnecessary energy loss.”

“It was disappointing to not be there for Alena and Elena in the final 30km but I gave it all had as did the whole team. A very tough circuit to race on for a lengthy distance, especially with some really strong riders constantly putting in the hurt!”