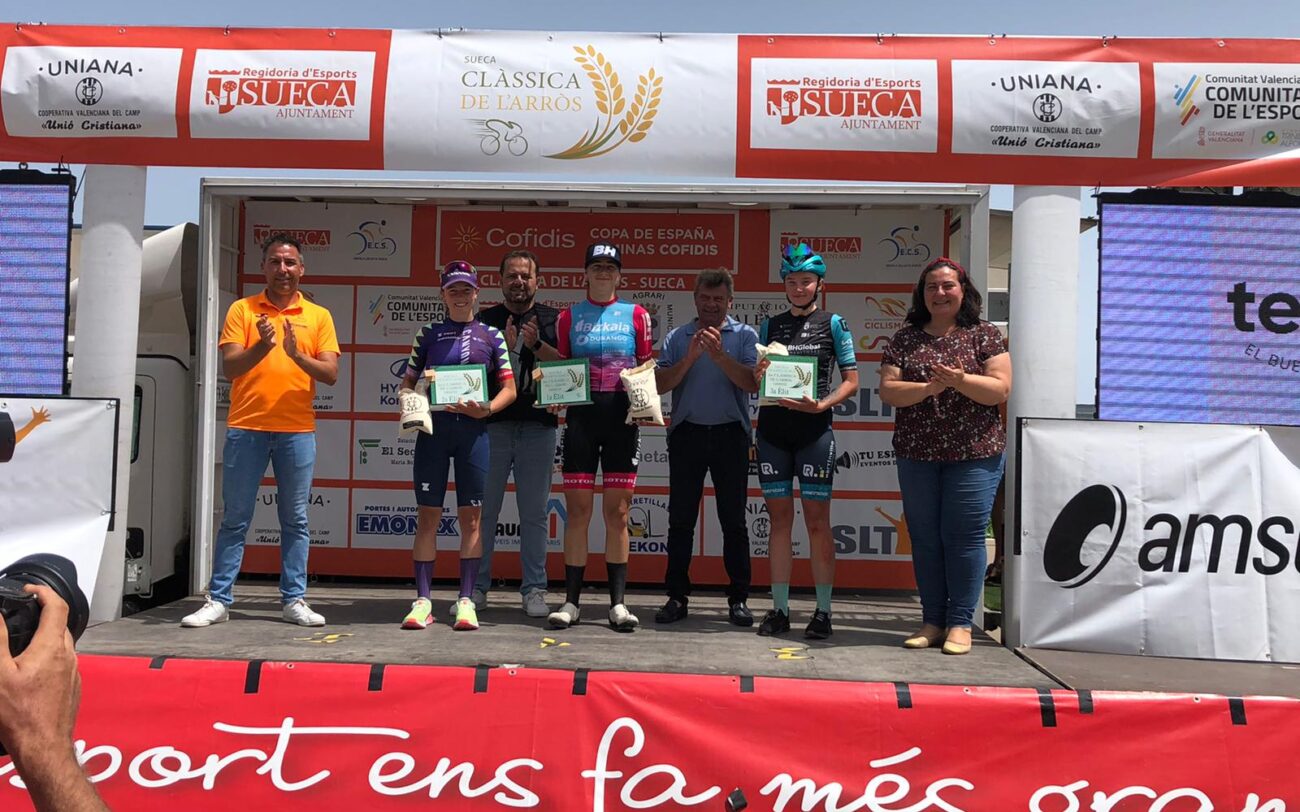 CANYON//SRAM Generation took yet another podium when Antonia Niedermaier was second at La Classica de L’Arros in Sueca, Spain. It was Antonia’s debut race with the team and despite the flat course, she could use the gravel sector, that the peloton raced over on five occasions, to her advantage.

“It was very exciting to have my first race with the team. I felt quite comfortable from the beginning. The gravel sector was hard because it was very slippery in the corners and the tempo was high,” said Antonia.

The CANYON//SRAM Generation rider broke away with two riders, and while the trio worked well, it soon became just two riders. Antonia went solo with two laps remaining of the five-lap course, but suffered a small crash and was caught again by her breakaway compatriot before the final kilometres. The duo sprinted to the line with Antonia crossing the line in second place.

“The crash was not that bad. It happened in one of the dangerous corners on the last lap. I wasn’t that concentrated anymore because I had ridden a lot of kilometres alone in the wind. Now, I am feeling okay.”

Antonia continued, “I‘m very happy with this result. I couldn’t even imagine being on the podium. Before the race, I aimed for a top ten. I’m proud that I could achieve such a good place when it wasn’t really my style of course.”