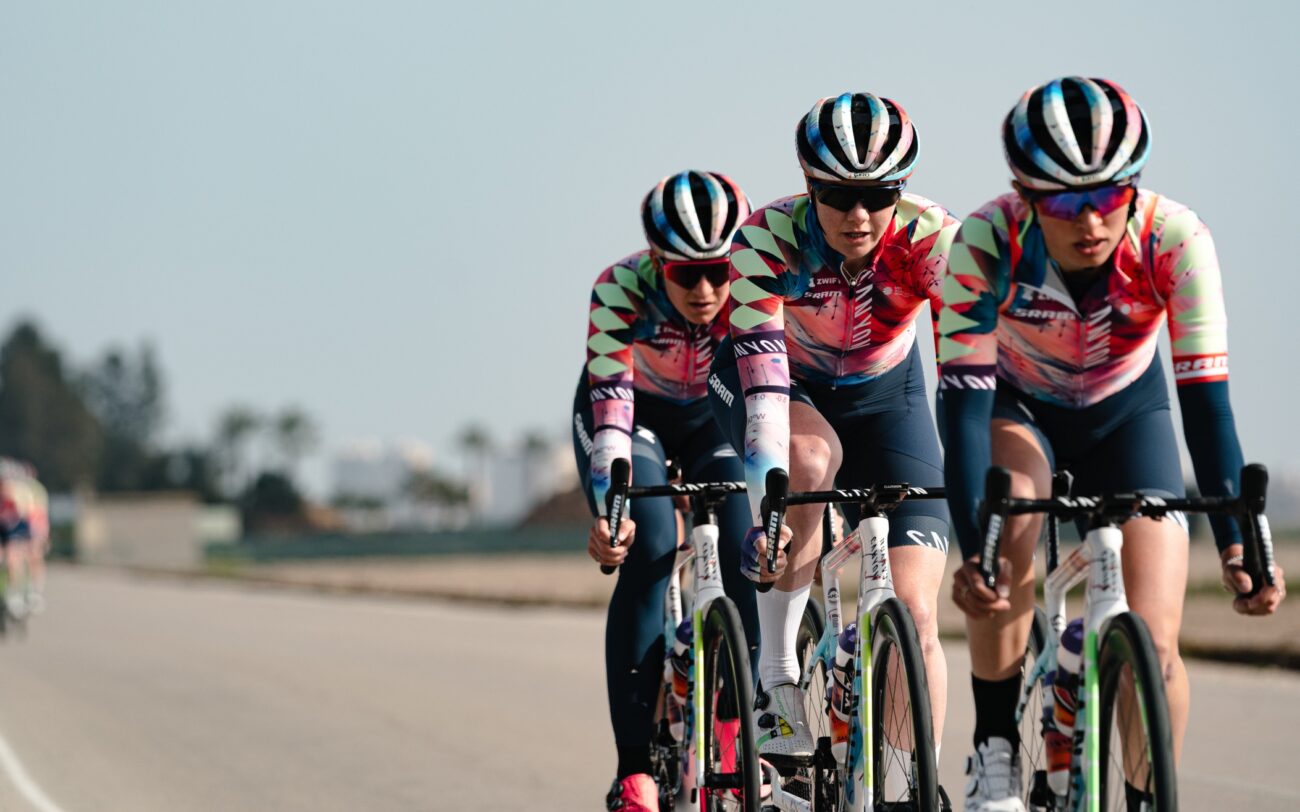 Soraya says she is relishing her new team environment and looks forward to starting her 2022 campaign with a race that has favoured her previously.

“After two training camps, I can say that I’ve found a really organised team. Riders and staff are committed to the goals and every day they inspire me to be the best version of myself. Everyone is working hard and we all try to push each other and learn from each other. We have a group of strong and focused riders that can also have fun on and off the bike. In addition, we have a coaching performance group that genuinely cares about every detail and who are giving their best to help us perform.”

A former winner of the mountain classification and second in the overall three years ago, Soraya says she enjoyed when she raced the Spanish UCI 2.1 tour.

“I have super good memories of my only time racing Setmana Valenciana in 2019. I’m really excited to race and to have fun. I feel like we are strong enough to make the race hard and still play the game in the finals with numbers. I expect the level of the peloton to be high but my motivation is high and my form is quite good so I hope to enjoy it here as much as possible and to go home with nice memories again from this race,” says Soraya.

The trio of Soraya, Pauliena and Sarah brings experience and enthusiasm to the 15-rider roster of CANYON//SRAM Racing.

“We have become a close group and it’s not just a one-way thing where I will be working for one person in a race,” says Pauliena.

“It’s already clear that everyone can get a chance and we will each help one another. I feel like Kasia for example can help me with my own confidence this year and this will make me a stronger rider for the team.”

“I’m pretty nervous for my first race with the team! I’m in good shape and we’re aiming to be represented with good numbers in the final of every stage. I hope that we go for GC which can be myself or one of my teammates. Stage three probably suits me personally the best so I’m interested to see how the GC situation is going into that stage,” adds Pauliena.

CANYON//SRAM Racing rode the opening stages of the tour during its recent training camp in Gandia. After a tame start to stage one, the undulating terrain builds to the main climb of the day. The 6km-long Alto de Barx climb crests with less than 14km to the finish and has the potential to see if GC contenders are willing to make an early move in the tour or not.

Stage two and three have elevations of 2400m and 2800m respectively with the final stage from Sagunt to Valenica the most suited for the sprinters in the peloton.

Sarah says she can’t wait to get racing. “I’m really excited for the first race of the season which is also my first ever race with the team but I am also more nervous than I’ve ever been before. I can’t really explain it but although everything is going really well I can’t wait for the first stage to be done!”

“After spending some fun times and tough training sessions with the team, race situations are always very different and so I’m now really looking forward to finding out what each rider is like under race stress and fatigue and how I can help them. I think all the different nationalities and accents on the radio will be interesting too!” says Sarah.

After eight years as a pro cyclist, Sarah will make her first appearance at Setmana Ciclista – Volta Comunitat Valenciana Fèmines.

“This is my first tour of Valencia and it’s so refreshing to be doing new races. The first and last stages of this tour could possibly suit me depending on how they’re raced. There is a lot of unknowns going into the first European race of the season and we are lining up with a very strong field despite not being a World Tour event.”

Sarah adds, “As a team, we are each in very good shape and I believe our riders are in a position to go really well here. Personally, what I want out of this tour is to get into the groove of racing again and racing with the team. Ultimately, I want a win for the team. I think we can do it.”

Setmana Ciclista – Volta Comunitat Valenciana Fèmines can be followed on Twitter with #VoltaCVFemines22. The stages will be broadcast live on Á Punt media here.